The Ferrata del Partusac is an easy via ferrata near Civiasco in the province of Vercelli. The ferrata takes place mainly in ups and downs with a traverse and a vertical wall in the final well-aided, although a little exposed. It is an interesting via ferrata from a landscape point of view that is often followed in succession to the nearby Ferrata Falconera.

The starting point of the itinerary can be Varallo or Civiasco in the province of Vercelli. If you want to travel only the Ferrata del Partusac it is probably more convenient to park in Civiasco. Once in Civasco da Varallo, at the entrance of the town, you will notice a road that goes left towards Varallo. We take that road (Piandellavalle) and park in the square on the right.

Alternatively, you could park in Varallo near the "Casa Serena" rest home. Starting from Varallo is the best choice if you combine the Ferrata Falconera with the Partusac, where the start of the latter is at the end of the other. In this case it is worth reading here the report and proceed from the end of the via ferrata to undertake the Partusac.

From Pian della Valle near the Chapel, take path 636B that goes up into the woods. We ignore the first 2 saddles and take the third saddle to the left following the 636C. We go up the path until the start of the Ferrata del Partusac (20 'from the parking lot).

The via ferrata begins with a downhill stretch for a steep path with mixed rock-ground. At the end of the descent continue to the left in an oblique section where you reach a first small cave. Go down further and you will reach an easy ledge and you will soon reach a second cave. You then come to an oblique traverse exposure to the right up to an aided vertical wall that rises steeply, vertically making us gain a bit of altitude and exposure. You then come to a grassy terrace followed by a new vertical aided wall. We cover a last aided flat part and we reach the end of the Ferrata del Partusac (30 'from the start - about 1h from the parking lot).

The more experienced hiker might find it interesting to retrace the easy via ferrata. Alternatively, you can follow the path of the path until you reach the first saddle. In the case of parking at Piandellavalle, you will descend by the 636B to an artificial lake and from there with 636 up to Piandellavalle. To descend at Varallo follow the 636B up to the junction with the 636A downhill to Varallo.

The via ferrata which has a modest height difference is practicable in both directions. For the experienced hiker it could be an interesting continuation of the Ferrata Falconera, while for the neophyte he could get married well to be the first ferrata.

As indicated several times, it is often combined with the nearby Ferrata Falconera. Alternatively it can be combined with the Via Ferrata Picasass on Lake Maggiore or the Aided path of the Infernone in the Biella area.

Images Ferrata del Partusac. The images included in the report were sent to us by the users of the site. If you are interested in sending us photos, use the form on the left or send them to our Facebook page. 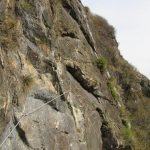 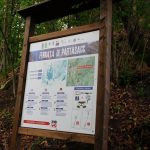