The Ferrata dei Piceni is a new aided route and the only via ferrata in the Marche region. It is located near Pioraco in the province of Macerata. The via ferrata is easy even if it has a couple of athletic traits that require a minimum of training. The itinerary is short and given the low altitude it can be covered almost all year round.

The starting point is close to the town of Pioraco (MC). To reach the starting point you need to go up the SP 361 towards Pioraco. Before arriving in the town you will notice a sign "Cartiere di Fabriano". After about 200 meters there is an asphalted road on the left that goes up again, take it and you will reach a small church near which you can park. The signals for the via ferrata can be seen.

Once the car is parked, follow the signs and CAI signposts along the path in the wood up to the red sign that marks the beginning of the via ferrata (30' from the parking lot).

The first aided section is downhill and serves as a handrail. We begin to climb aided parts inside the forest with low difficulty on rocks sometimes covered by mosses that could reduce adherence. You then reach a wall with a slightly overhanging start where you climb vertically with the help of several brackets around a certainly interesting environment. We then the development of the via ferrata follows a rather vertical line and uses many metal brackets to facilitate progression otherwise strenuous progression, given the type of particularly smooth rock.

After a horizontal section you reach the key passage: a vertical wall with an overhanging roof that requires good arm strength for the first two carabiner changes. The artificial brackets come to support us but should not be underestimated. You end the wall and then you come to a short ladder which lead us further along the climb always assisted by abundant moving to the rightAfter a while you reach the end of the via ferrata (30' - 1h from the parking lot).

In fact you go up the path and then you reach a crossroad with indications for the return that takes place inside the wood (20' from the end of the ferrata - 1h 20' total).

This recent ferrata takes place in an environment that is little known but of certain landscape interest. The via ferrata itself is interesting even if the type of rock and the abundance of metal equipment present marks the type of progression. A couple of slightly more difficult and athletic passes require a minimum of training, however the via ferrata is suitable for beginners.

Traccia GPS per Ferrata dei Piceni. Itinerary: as per description above.

Picata Ferrata images. The images included in the report were sent to us by the users of the site. If you are interested in sending us photos, use the form on the left or send them to our Facebook page. 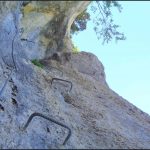 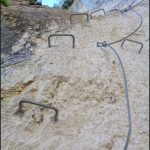 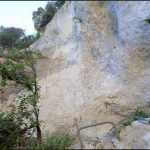 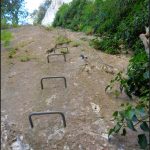 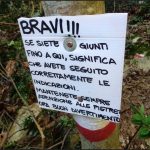 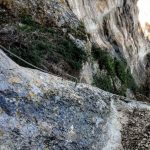 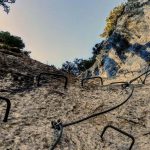 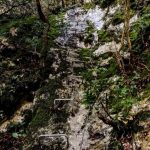 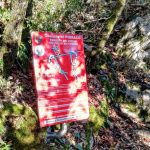 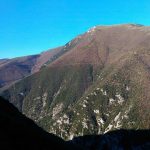 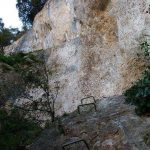 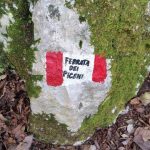 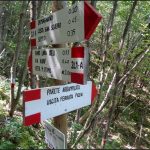 Webcam Ferrata dei Piceni in the locality of Fabriano (Macerata).