The Ferrata al Pizzo del Becco is a short ferrata that does not present significant technical difficulties. However, it is part of a long and quite challenging itinerary that before and after the aided part has some exposed rocks to be done free where you will need a firm foot.

The starting point of the itinerary is the Laghi Gemelli Hut. This hut can only be reached on foot from both Val Brembana and Val Seriana. The shortest route is from the Mezzeno huts near Roncobello in Val Brembana, Bergamo. Once in Roncobello we continue along the first paved road then unpaved to where it ends at the huts. We park and we are ready to set off.

From the Baite di Mezzeno the Sentiero 215 takes you uphill which almost immediately enters a wood. Once out of the woods proceed on the highland pastures to a saddle in which we will keep the right towards the Rifugio Laghi Gemelli. The trail is now steep until it reaches the Passo di Mezzeno (2140 m) beyond which the path becomes flatter. We continue for half an hour along the path until we reach the hut (2h from the parking lot).

Once at the hut we will pass the dam on the lake taking us to the other side of the lake. We continue on a dirt road up to Lago Colombo and again we cross it on a dam. We continue on the path until we meet a red sign that tells us to keep the left. We approach the walls of the Pizzo del Becco first following the obvious trail then the red and white signs both on the path and on rocks until we reach the chain with which the ferrata begins (1h 15 'from the hut - 3h 15' total).

The ferrata crosses a difference in level of less than 100 m and in fact has only two vertical points.

The beginning is inside a fairly appropriately dihedral that you climb up to then overcome a prominence and then bend to the left on some rocks. Go up the rocks we are on a terrace where you can turn around and enjoy a beautiful view of Lake Colombo. We climb a second vertical wall with excellent grips for the hands and feet up to a final crack with which we exit the wall. Now the chain bends to the right. At this point the difficulties are over and we go up this fairly long wall with the cable that helps us to balance without difficulty until we reach the end of the equipment and then the short via ferrata (20 'from the start - about 3h 40' total) .

At this point we continue on the uphill track on easy but exposed rocks to the Forcella del Valico where we could go down the normal route on the right. Continuing we have to go along the final ridge that requires going up some boulders and covering a last aided stretch before reaching the summit cross (20 'from the end of the via ferrata - 4h total).

From the Cross you have to go down to the Forcella del Valico where we can estimate to go down the via ferrata traveled to the first leg (be careful to move stones for those who go up or down below us - 40 'from the summit) or if you follow the signs that continue in the direction of the Passo di Sardegnana up to reach in both cases the Colombo Lake (1h 15 'from the summit).

The area in which the route extends is beautifully landscaped. It is a very beautiful stretch of the Orobie and, although at a distance not exaggerated by support points, it gives the impression of being wild and isolated. The presence of many high mountain animals sharpens this feeling. 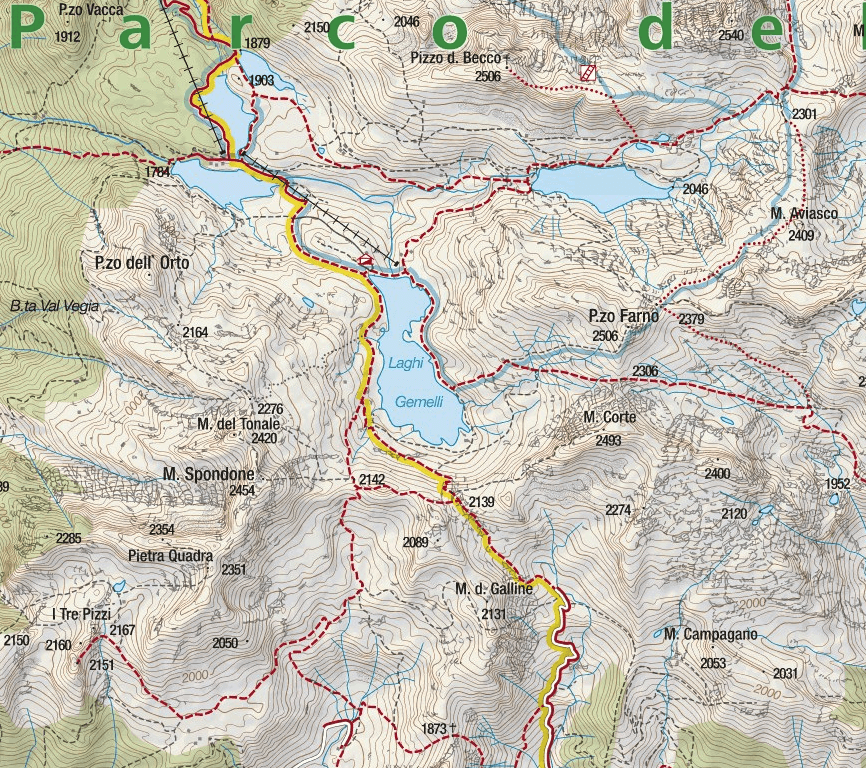 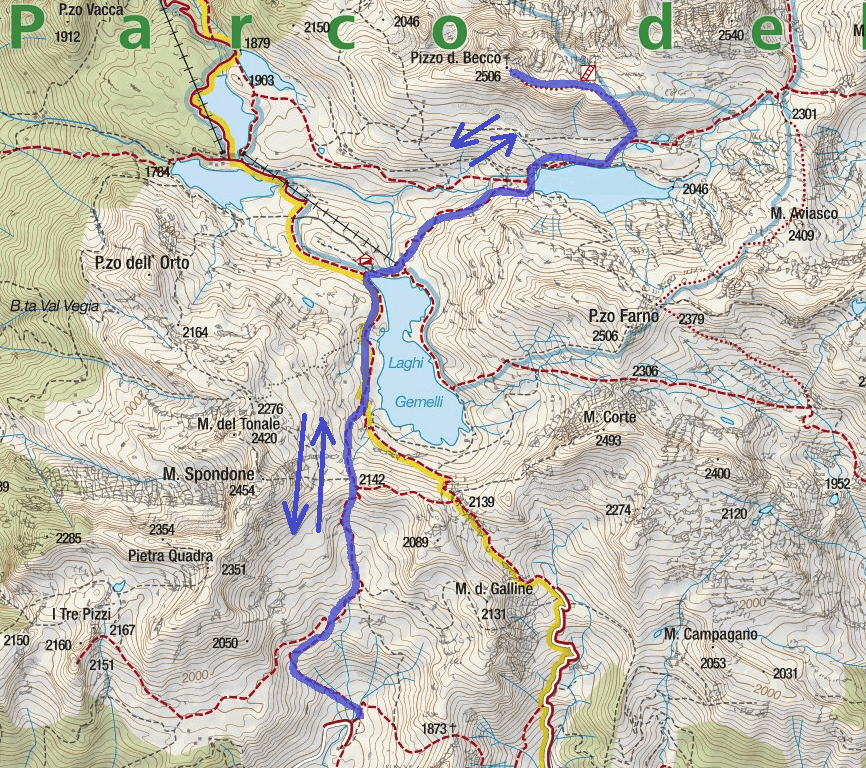 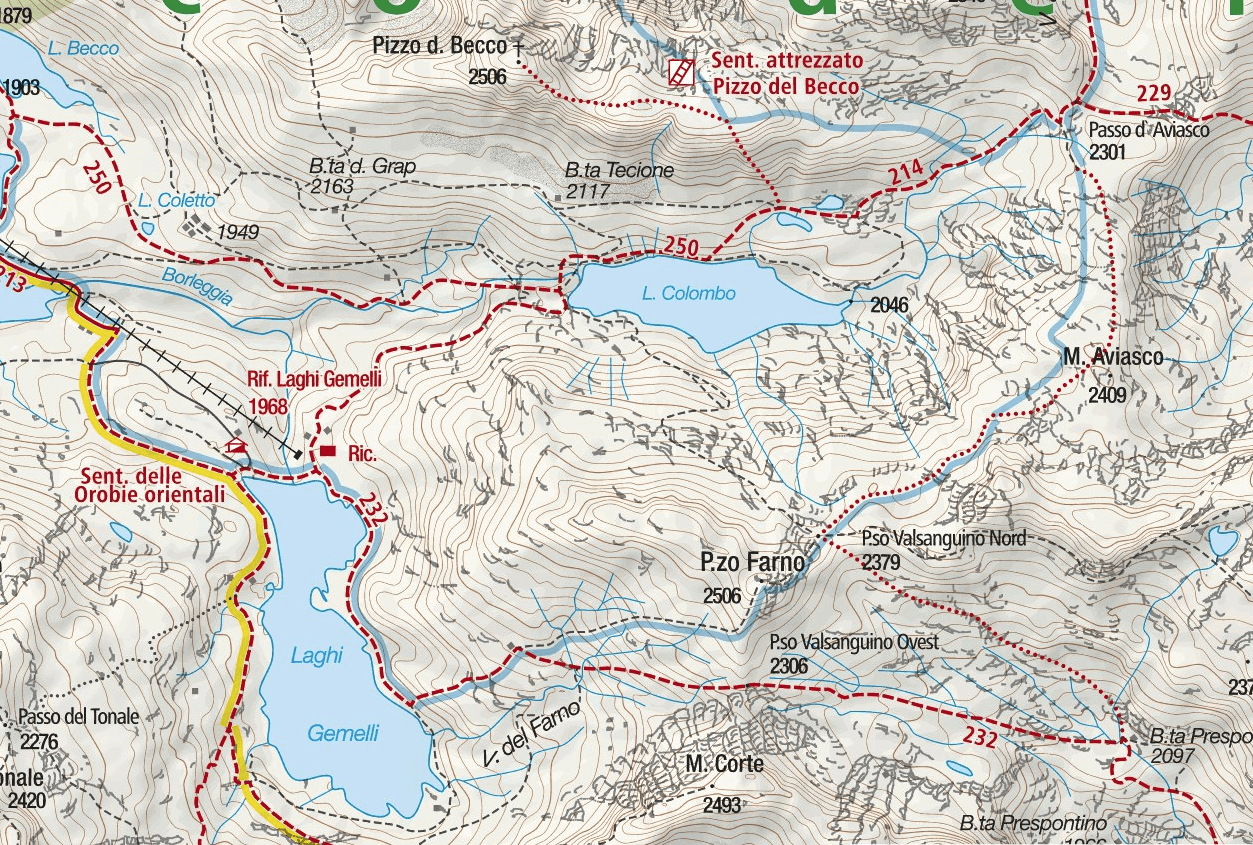 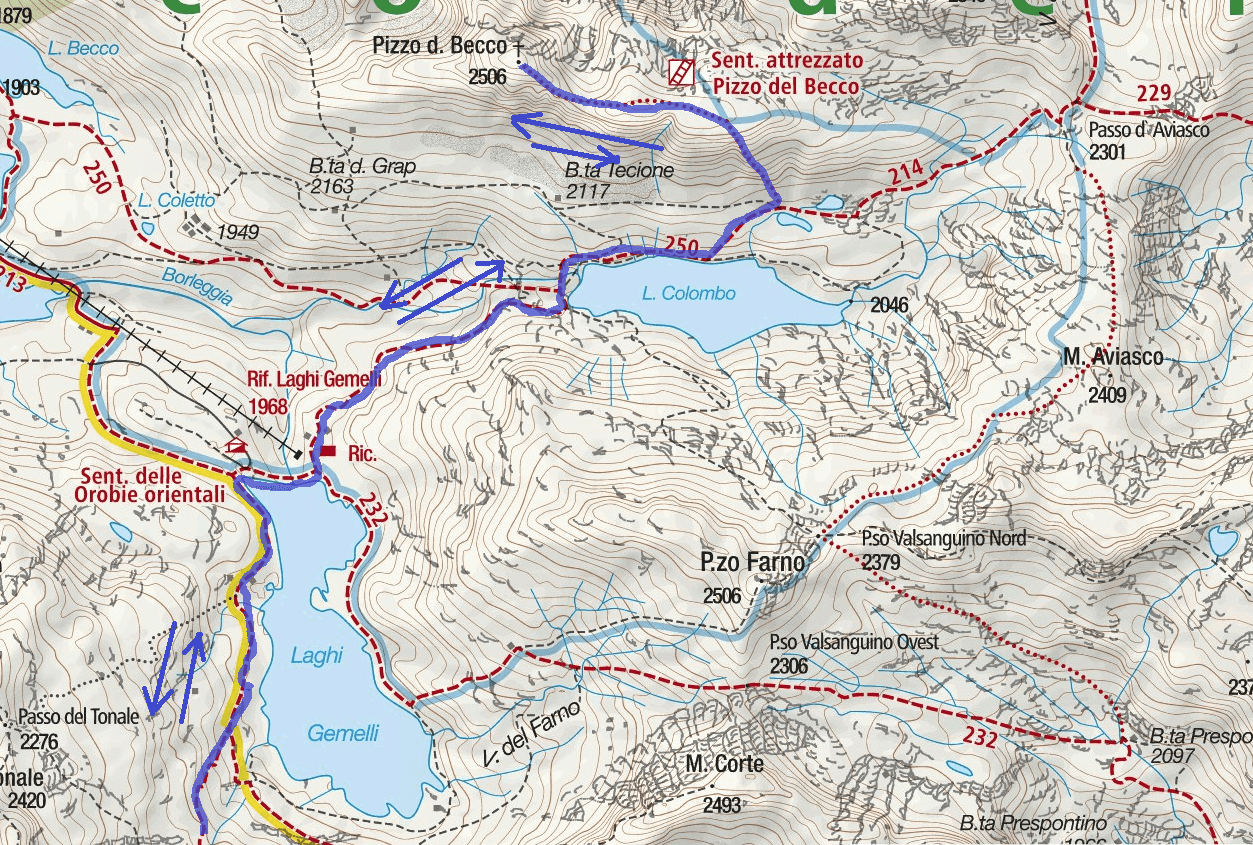 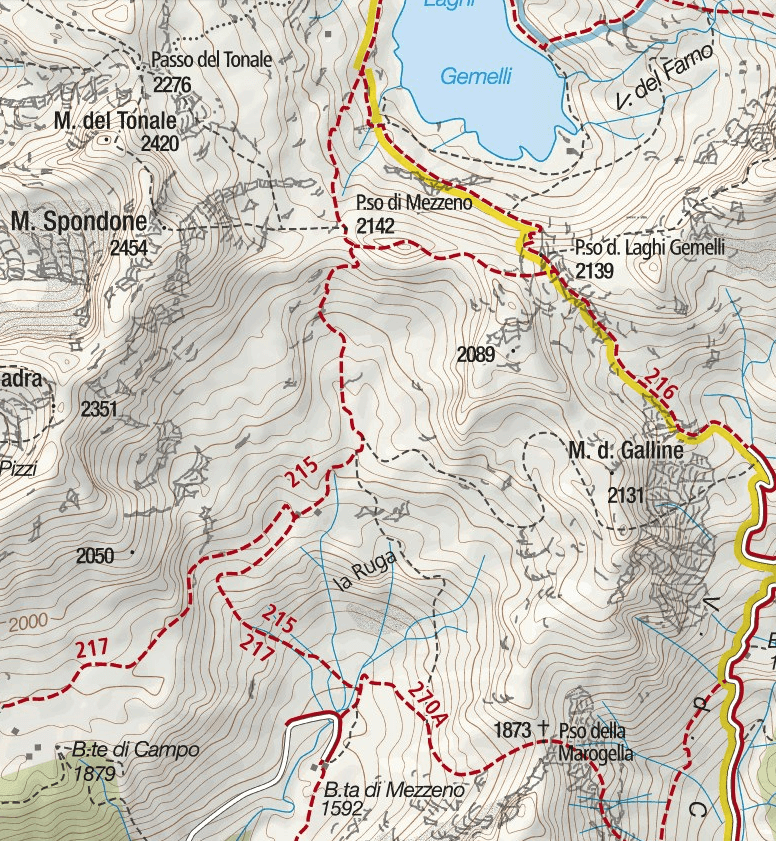 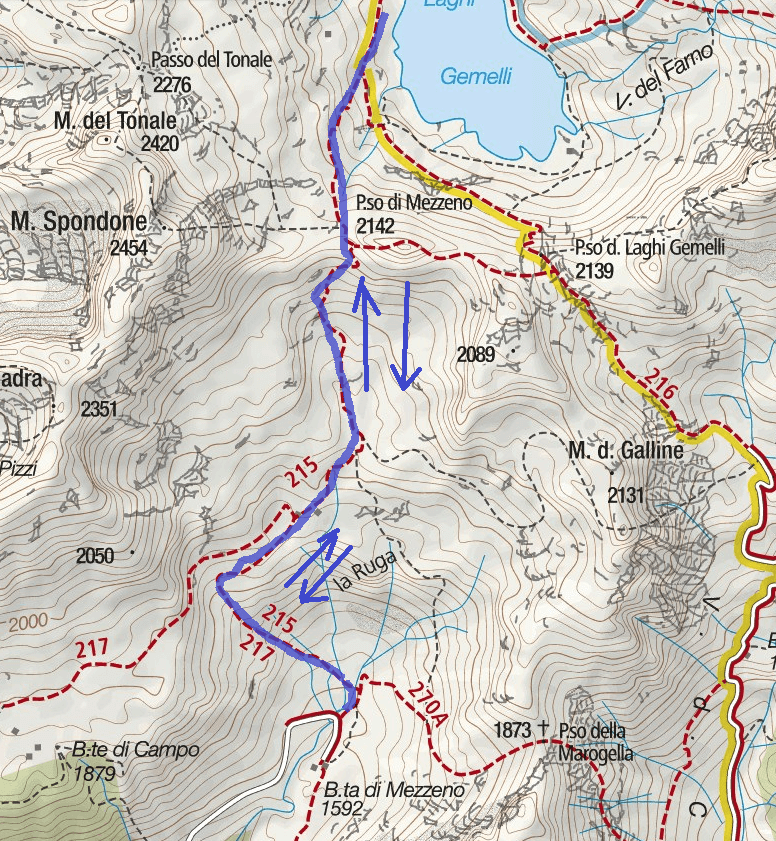 Images Ferrata Pizzo del Becco. The images included in the report were sent to us by the users of the site. If you are interested in sending us photos, use the form on the left or send them to our Facebook page.