The Punta Marmotta Ferrata is a recent ferrata that climbs a rocky spur above the Nino Corsi Mountain hut in the Martello Valley. The ferrata is optimally protected on granite rock, easy in the first two sections, more demanding in the third section (avoidable). Overall a moderately difficult route. Pay attention to the northern exposure that overshadows it for most of the day.

The starting point of the itinerary is the car park at the end of the road that goes up the Val Martello (Martelltal), a valley perpendicular to the Val Venosta. The valley is very beautiful and enters for 30 km in the Stelvio National Park in a very suggestive environment. To reach the car park you must reach the village of Goldrano in Val Venosta and continue south entering the valley for about 30 km past Ganda di Martello and Lake Gioveretto until you reach a clearing where you can park your car.

Regardless of where the car is left, the first point to reach is the comfortable Rifugio Genziana (2051 m) where the valley ends. Usually there is parking near the hut. At this point we begin the walk that leads us to the Nino Corsi Hut (2265 m). We have some options, all similar in terms of difficulty and length (30 '). The paths 151, 36 and 37 join the refuge. The 151 is probably the most direct and allows you to undertake the via ferrata without reaching the hut in the approach while 36 and 37 reach the hut first.

The via ferrata is made of three sections: the first two rather easy with a few moderately difficult passages and the last one slightly more difficult with a single difficult pass. Between the three sections there are two escape routes to the left that lead back to the return path and then to the Rifugio Nino Corsi.

Already from the approach it is clearly visible the development of the first section of the route. You will go up to the left alternating short vertical stretches with traverses to the right. The difficulties of the first part of the route are generally limited and development is rarely vertical. We walk the first 30-40 meters and then meet the first escape route.

After the escape we climb some easy rocks and walk along a ledge to the right with a beautiful view of the valley below. Let's go up some easy leaps diagonally with a couple of slightly challengingstep, so we reach the second escape route of the street. At this point it is worth considering whether to continue because the difficulties of the last section are greater with a single passage that can be considered difficult and slightly athletic (traverse). Below us visible reach it and the path climbed uphill.

We start the last section initially easy to then reach a more challenging wall where we proceed with a traverse to the right with good support for the feet but not many grips for the hands. This can lead those who are not used to taking the time to study the route to use the cable abundantly along the progression. In short we reach the key passage of the route: a roof that we bypass from the right and, with the help of some brackets, we go up again in good exposure with a certain athletic effort however not difficult. We continue after the key passage on a new vertical wall before the last rocks with which the climb ends.

For those who want to make the trip longer, after the ferrata it is possible to take the path 103 and go up to the Martello Refuge (2600 m) from which we will have a magnificent view of the Marmotta, Cevedale etc. glaciers.

The Ferrata della Marmotta is a beautiful excursion in a pleasant and still low altitude environment. In many respects, in particular the escape routes and the increasing difficulties after them, this railway lends itself well as one of the first equipped routes to travel. Short approach and return make it a great choice for a half-day trip.

If you return to Val Venosta from the Martello Valley, we will have some interesting options. If we drive east towards Merano we will meet the Via Ferrata Hoachwool and the Via Ferrata Knott in Naturns while in Merano you can reach the Piceno Ivigna with the Via Ferrata Heini Holzer. If, on the other hand, we go up the Val Venosta up to Solda we will be able to follow two high altitude itineraries: the Ferrata Tabaretta with Ortles and the Via Ferrata to the Croda of Cengles. Along the Stelvio pass state road it is also possible to reach the Ferrata di Trafoi in the omonym village. Close to Merano a new via ferrata has been installed in 2020: Ferrata Ziel.

In the province of Bolzano we also recommend other routes: the Ferrata Mendola at the Roen, the Ferrata to the Stuller Falls and the Via Ferrata Lampskopf near the border with Austria. If, on the other hand, we moved to the eastern slope of the Val d'Adige, a world opens up with Ferrate of the Val Pusteria and the Fincorrect in the Sesto Dolomites.

Traccia GPS per Ferrata di Punta Marmotta (Murmele). Itinerary: as per description above.

Images Ferrata of Punta Marmotta (Murmele). The images included in the report were sent to us by the users of the site. If you are interested in sending us photos, use the form on the left or send them to our Facebook page. 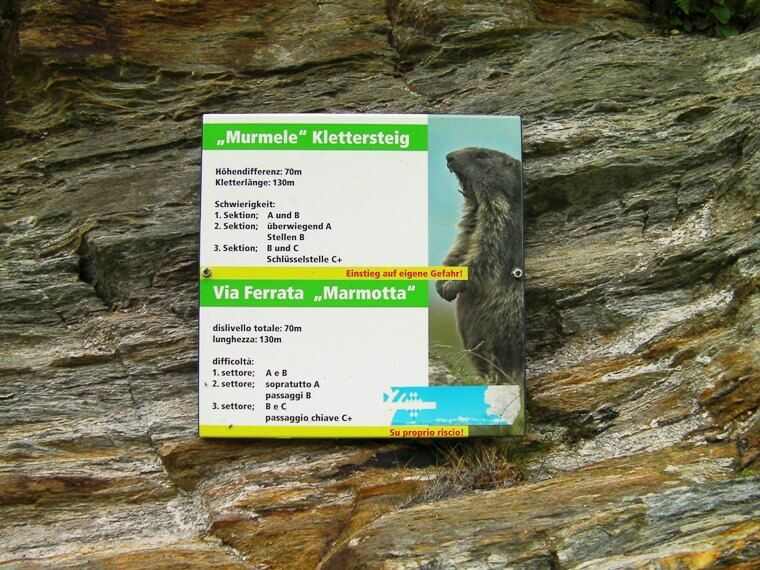 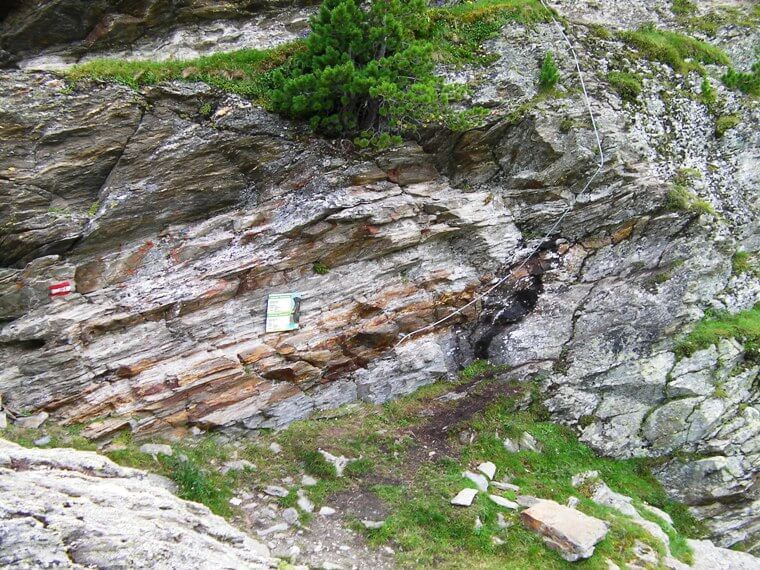 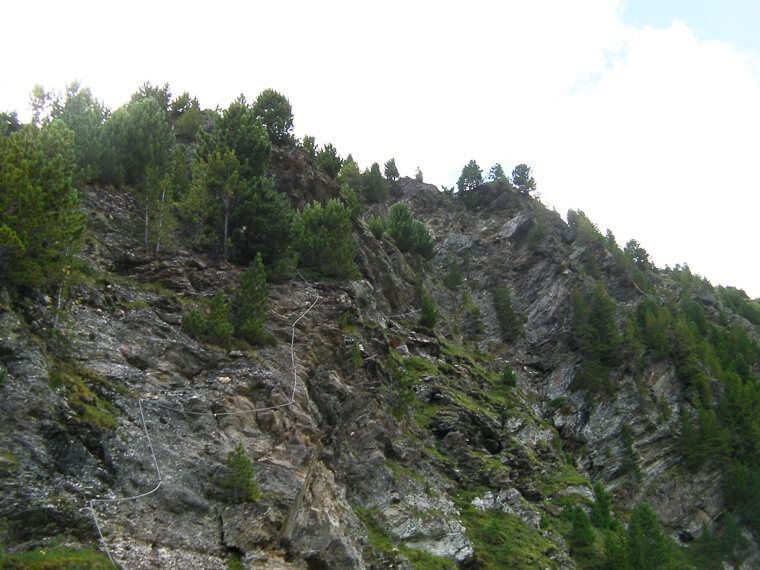 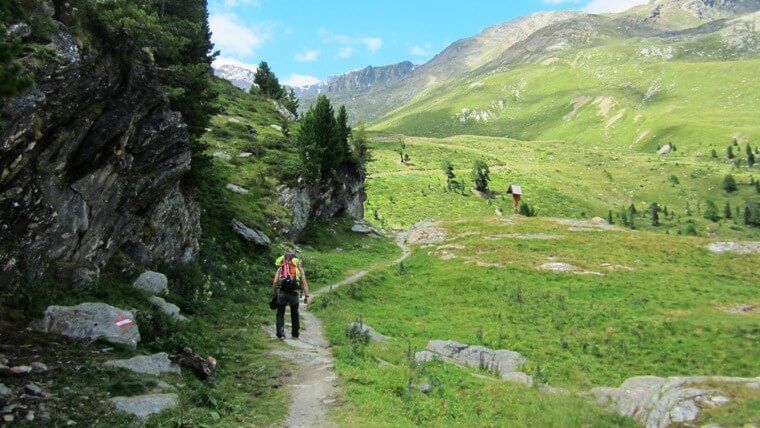 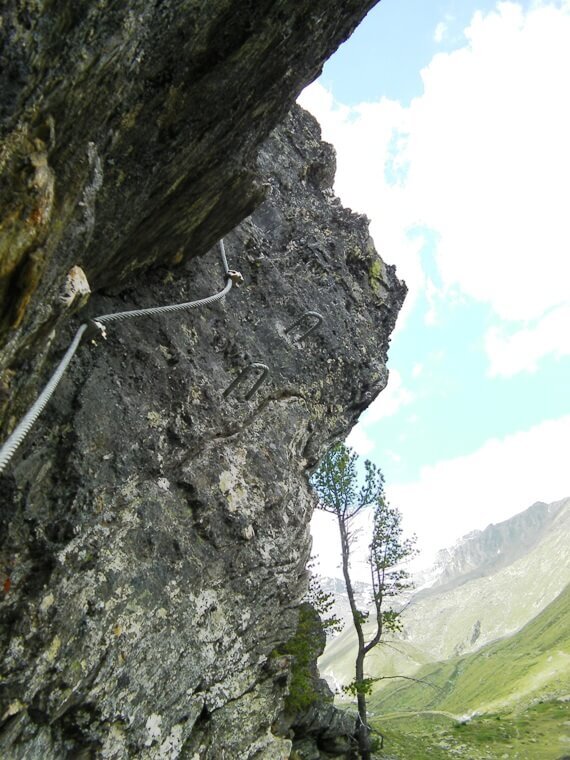 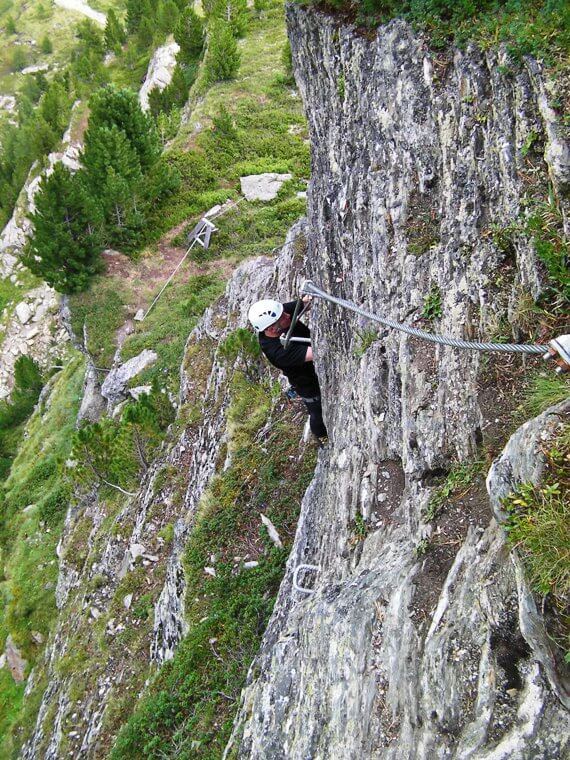 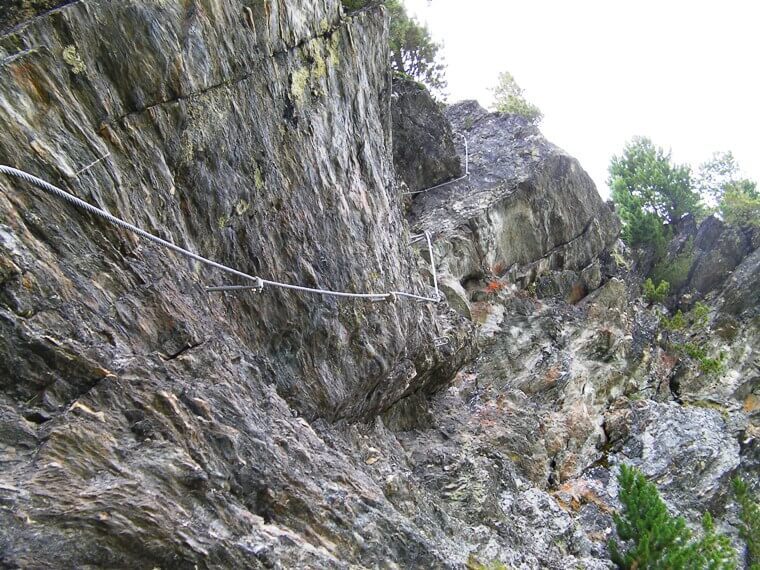 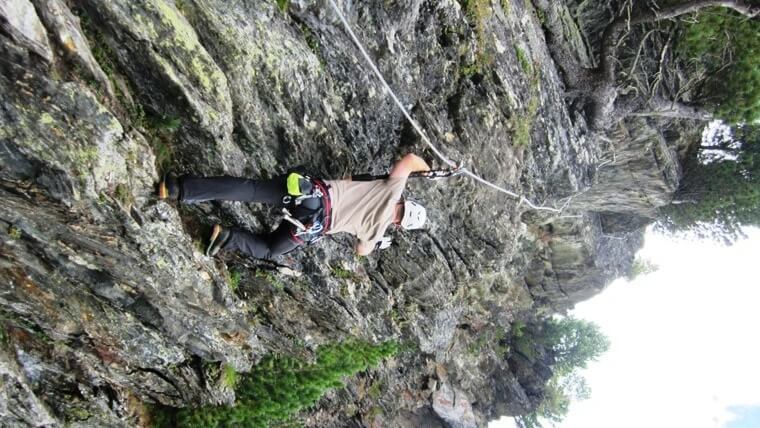 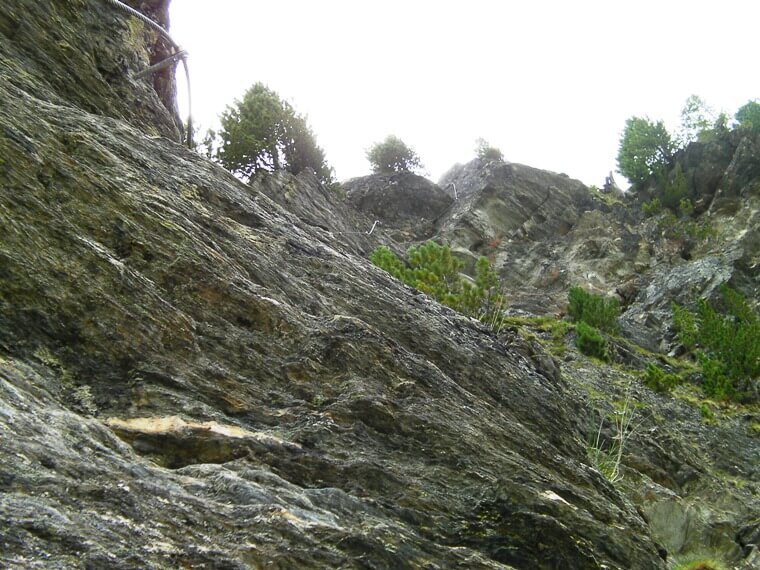 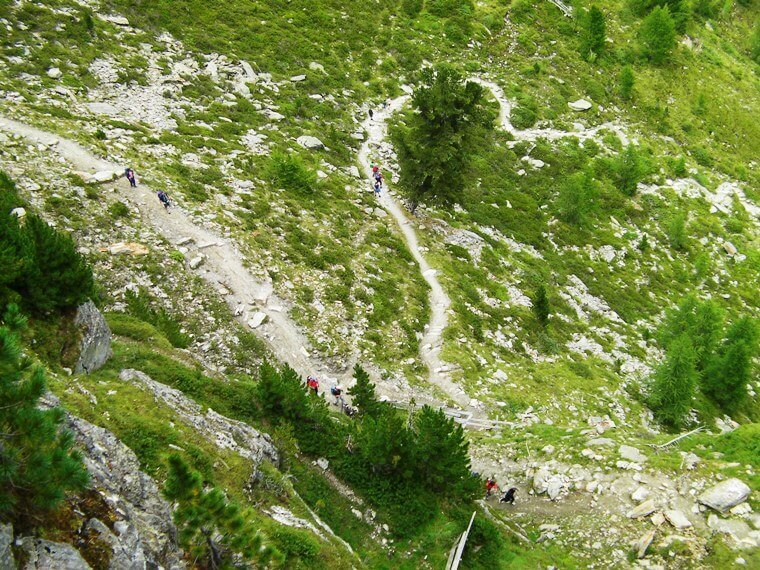 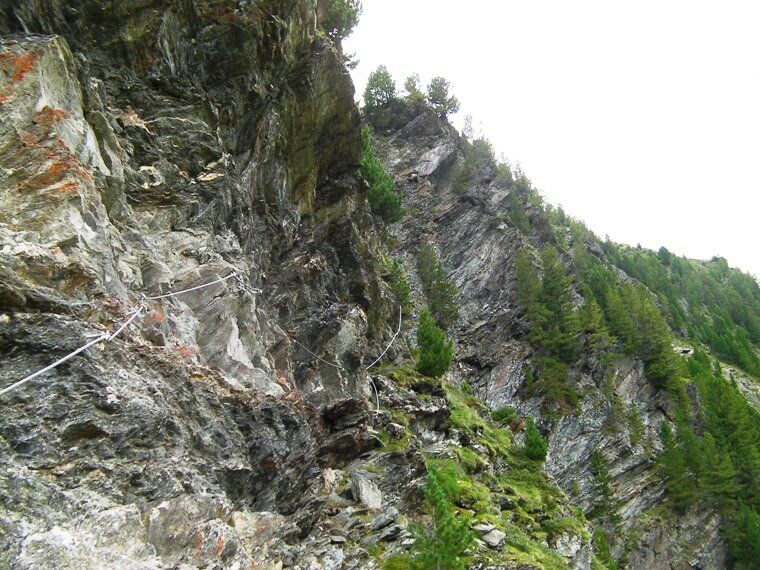