The recent and athletic Ferrata Pursteinwand extends along a steep rocky slab on the eastern slope of the Valle Aurina. We start from Campo Tures and, after a brief approach, we face the intense road. A short itinerary that should not be underestimated, however, requiring strength and technique. Ascent that does not reach a peak but only a vantage point over the valley below.

The starting point is the village of Campo Tures in the Valle Aurina which can be reached from Brunico. Shortly before reaching the town, an industrial area can be seen with the possibility of parking at the last building. Directions for Google Maps available here.

The beginning of the via ferrata extends under a long sloping blackish slab. You climb the first few meters rather vertical and generally humid with the help of a pair of brackets to then bend to the left a few meters before facing a difficult traverse to the right. We will immediately notice a characteristic that will accompany us along the via ferrata: the rock is compact and generally smooth, forcing us, given the lack of natural grips, to use the cable abundantly. We then climb a few vertical meters with the help of some narrow brackets. We continue uphill meeting a challenging leap with a belly that will require you to climb this overhanging section with good arm strength and a certain athletic inspiration. We continue diagonally to the left and then follow a exposed and difficult traverse to the right beyond which the cable continues vertically to reach a panoramic terrace with the possibility of taking a breath or looking at the underlying Valle Aurina.

The climb now presents a pair of vertical and diagonal rips with which you quickly gain further altitude and exposure before tackling a long traverse however less demanding than the previous ones with plenty of brackets for the feet along the inclined aerial. It must however be said that the traverse remains challenging due to the long distance between one bracket and another. We complete the traverse and find ourselves on a exposed edge with the cable that changes direction 90 degrees going up to the right in an exposed stretch that leads us near one of the most iconographic points of the route: a table with two benches anchored to the rock that will allow us to enjoy a break at high altitude with our feet almost in a vacuum.

The ferrata now extends its own last vertical stroke. Let's start on smooth rock going up a challenging aided wall with a good number of brackets. At the end of the vertical section we continue for a short but challenging oblique traverse to the right to then face a decidedly athletic overhanging stretch near a new edge. We pass under a rocky roof with a new physical passage under one first metal staircase which will require a certain momentum to be overcome. The cable then bends to the left under an obvious rocky roof. We are now in strong exposure and we have to go up a new vertical stretch and a subsequent traverse to the right where some providential brackets support us, seeing the physiological decline of energy after the last efforts. We reach a further steep overhang which, however, is climbed with a new metallic ladder in its first part. The exit of the passage, however, remains very demanding and requires good climbing technique or some traction on the cable to climb up the rock bulging. We are now at the last meters that present a traverse to the right without holds beyond which the last vertical passages and we end the difficult Ferrata Pursterinwand (1h 30 'from the start - 1h 45' total).

After the ferrata we follow the obvious track in the woods that soon leads us to a small road. We keep the right downhill to follow the signs (sign 27A) which leads us downhill to Campo Tures where on the paved road we return south to the point where we parked (30 'from the end of the ferrata - 2h 15' total).

The Ferrata Pursteinwand is an athletic via ferrata that in many aspects is to be considered anomalous in the panorama of the via ferratas that are located in Trentino and South Tyrol. It does not reach a peak but goes up a challenging wall, deliberately searching for technical difficulties and athletic passages. The rock is often smooth, requiring some traction on the climb. Compared to the majority of the via ferratas we encounter in the Dolomite valleys it makes abundant use of metal equipment, recalling the via ferratas present in France and the Western Alps.

The equipment is recent and in excellent condition, which is certainly important for the type of climb you are facing. The via ferrata is varied and full of difficult passages. In fact, we face a good series of horizontal and oblique traverses which, added to some overhanging passages, will certainly test even the expert Ferratists. It can be useful to have with you a ribbon or a quickdraw to stop in the most demanding sections.

Short itinerary that takes half a day and is ideal for those days of uncertain weather where a long hike is not recommended.

The Pursteinwand Ferrata extends in Val Aurina and further north it is possible to follow the long and demanding itinerary of the Camino Glacier Ferrata with Sasso Nero in a high mountain environment. If we wanted to follow other aided routes we will have to head south for example reaching the Via Ferrata Valdaora or the Ferrata at the Sasso delle Nove or proceeding in the direction of the Sesto Alps for the Ferrata dei Costoni by Croda Rossa.

Traccia GPS per Ferrata Pursteinwand. Itinerary: as per description above. 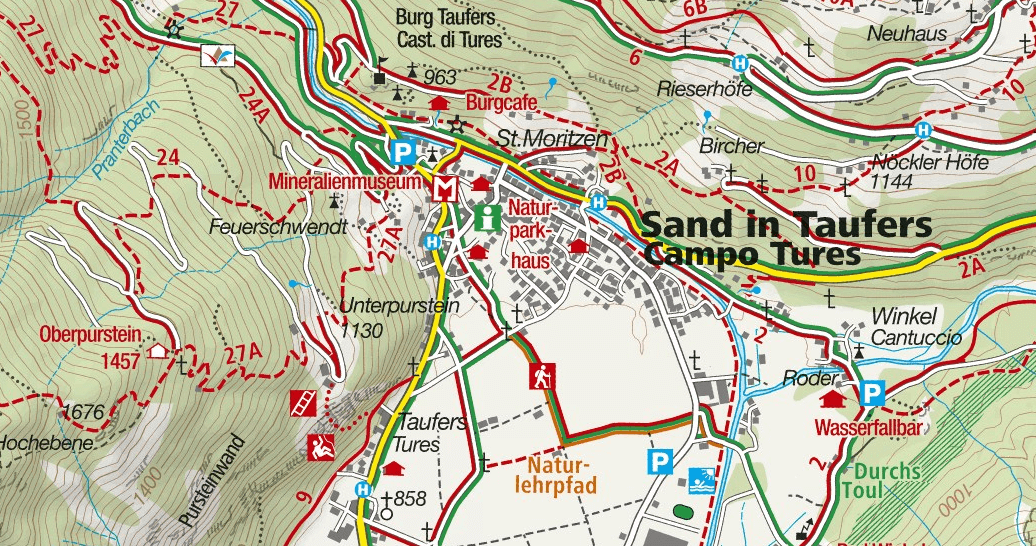 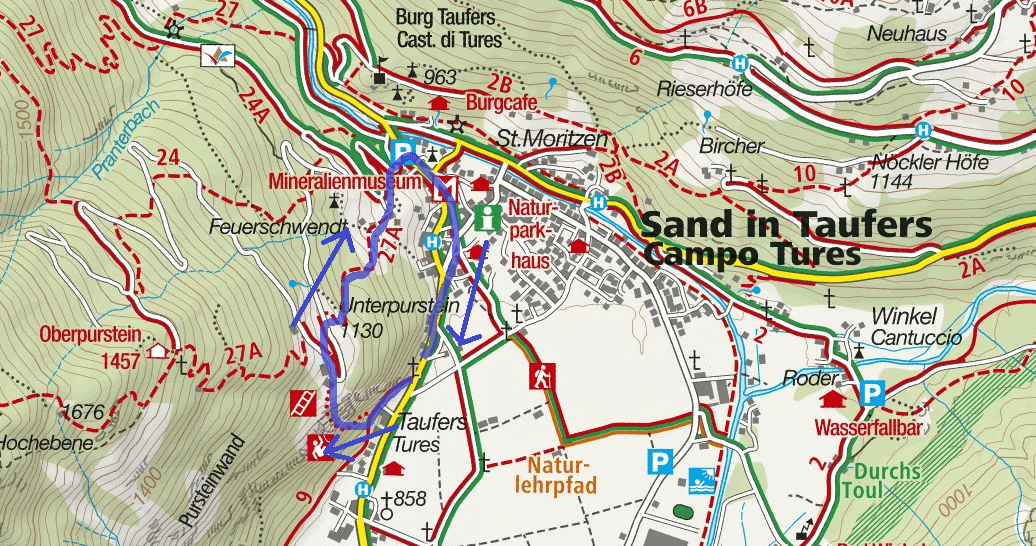 Images Ferrata Pursteinwand. The images included in the report were sent to us by the users of the site. If you are interested in sending us photos, use the form on the left or send them to our Facebook page. 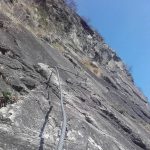 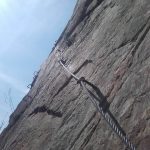 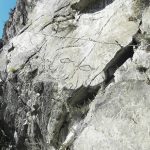 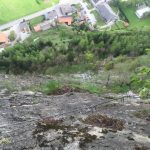 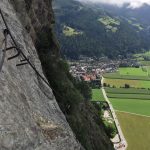 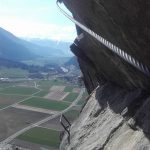 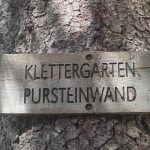 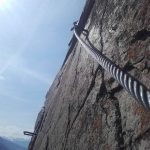 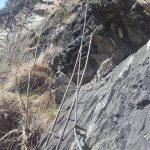 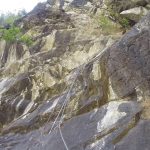 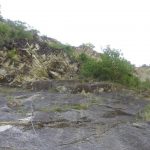 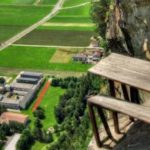 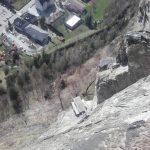 Webcam in Acereto - View of Pusterinwand