Punta Ovest of the Forame

La Ferrata De Pol is a short ferrata ascending to the Punta Ovest of the Forame in the Crystal Group. The ferrata is part of a rather long itinerary with plenty of traces of the Great War that here housed the royal Italian army. The ferrata has only one demanding passage in a chimney. The return is long and a first ridge between Forcella Gialla and Forcella Verde should not be underestimated.

The starting point of the itinerary is the Cimabianche Pass which, along State Road 51, links Dolbiacco with Cortina d'Ampezzo. Directions for Google Maps available here.

It is also possible to park further downstream in the Veneto side at the Ospitale Restaurant. In this case, however, we will have to travel the distance between the Cimabianche Pass to the parking lot at the end of the trip. In 2017 there was a landslide that made the return path that led from the end of the via ferrata to the Ospitale Restaurant impracticable. Because of this landslide we will have to return to Passo Cimabianche and therefore it is advisable to leave the car at the pass.

From Cimabianche we go down the path that skirts the left side the road towards the Venetian side. The wide path has path 208 and descends in moderate slope. We are on the left side of the road and with the path we will stay on the right side of a stream that descends towards the valley. In Pian del Forame we meet the signs to the left for the Ferrata Renè de Pol (1495 m - 30 'from the Passo di Cimabianche).

We now climb decidedly eastwards into the forest in a steep and constant climb until we reach Pian del Forame and then a signposted junction. Here we keep the left for the ferrata. Straight down the path that - before the landslide of 2017 - it was possible to use as a return path. We now climb in a northerly direction reaching a canal that we are anxiously ascending to meet some military shelters dating back to the First World War. We cover a ledge that leads uphill to thestart of the Ferrata named after Renè de Pol (1945 m - 2h from the junction on the state road - 2h 30 'total).

Let's start by going through one short traverse to the left. The via ferrata continues without equipment to the right in the direction of a groove. We meet a stone that obstructs the passage and we climb up it with a metal ladder. The climb now takes place on steep unprotected path following the cairn and red signs. We continue now to the left on a path that is at times aided to reach one ledge built for military purposes. We cover it until we reach a chimney.

The chimney rises on the left side. A passage a little athletic but then some pegs help to climb the remaining part of the chimney. Leaving the chimney, we climb a well-secured vertical wall that bends to the right. We continue in the ferrata reaching one wall of about twenty meters to go back to the right. We are in the last stretch of the route. Let's go up a detrital gully with the rope to our right until we reach for trail the summit of Punta Ovest del Forame (2318 m - 1h from the start - 3h 30 'total). Very nice the panorama in front of us on Croda Rossa d'Ampezzo, the Monte Cristallo, the Popena.

We begin the descent descending on the opposite south-east slope on a steep path following the red marks present until we reach Forcella Gialla (2400 m) and then continue towards Forcella Verde (2380 m) which we reach after a ups and downs on the ridge. Reached Forcella Verde, the return to the pass is taking path 233 on the left that descends along the wild Val Pra del Vecia until reaching Passo Cimabianche (2h 30 'from the end of the ferrata - 6h total).

The Ferrata Renè de Pol does not present difficulties in the aided sections. The most challenging step is the chimney which, however, is of medium difficulty. When you reach the summit, the return takes place initially along a ridge path that is best traversed with stable weather since it is a bit landslide in some places. Being a long and fairly isolated itinerary (including the return to Val Pra de Vecia) it is advisable to prepare the trip well and to avoid days with less stable weather. Once in Forcella Verde it is no longer possible to return to Ospitale for the steep path in the canyon after a recent landslide.

Descending from the Cimabianche state road towards Cortina, we also find some aided routes towards the Fanes area: the easy Barbara Aided path to the Fanes Falls, the Via Ferrata Ettore Bovero to the Col Rosà and in Cortina it was difficult Via Ferrata Sci Club 18. 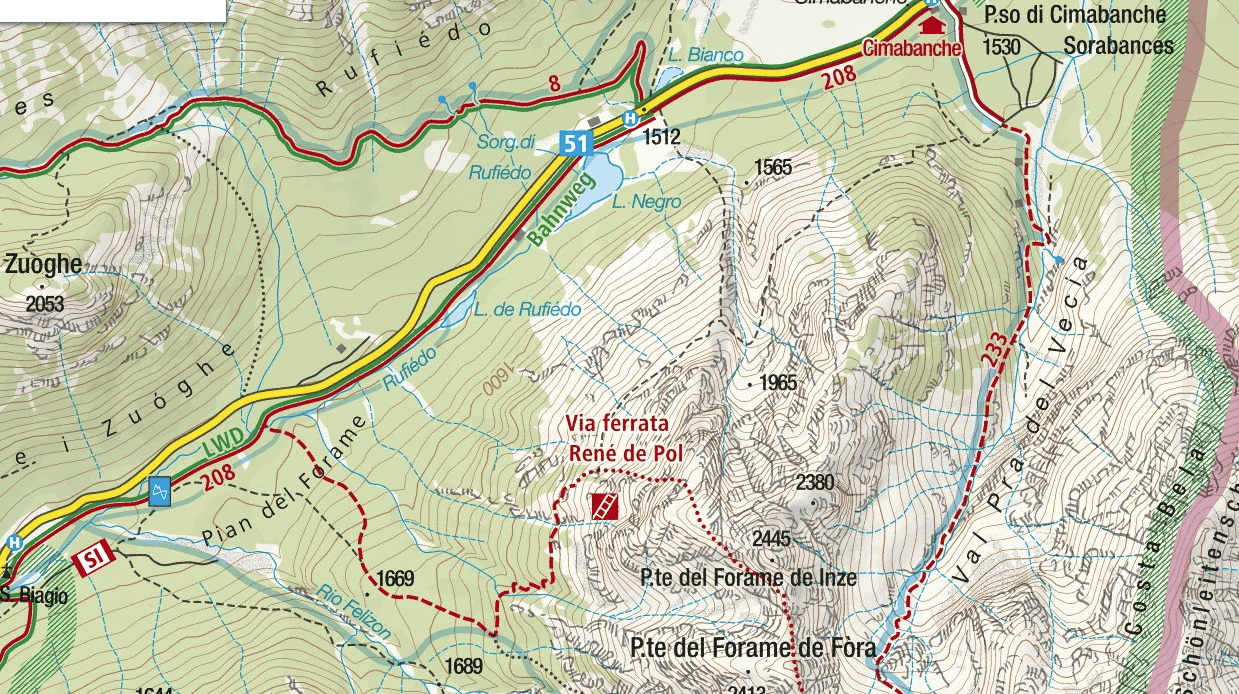 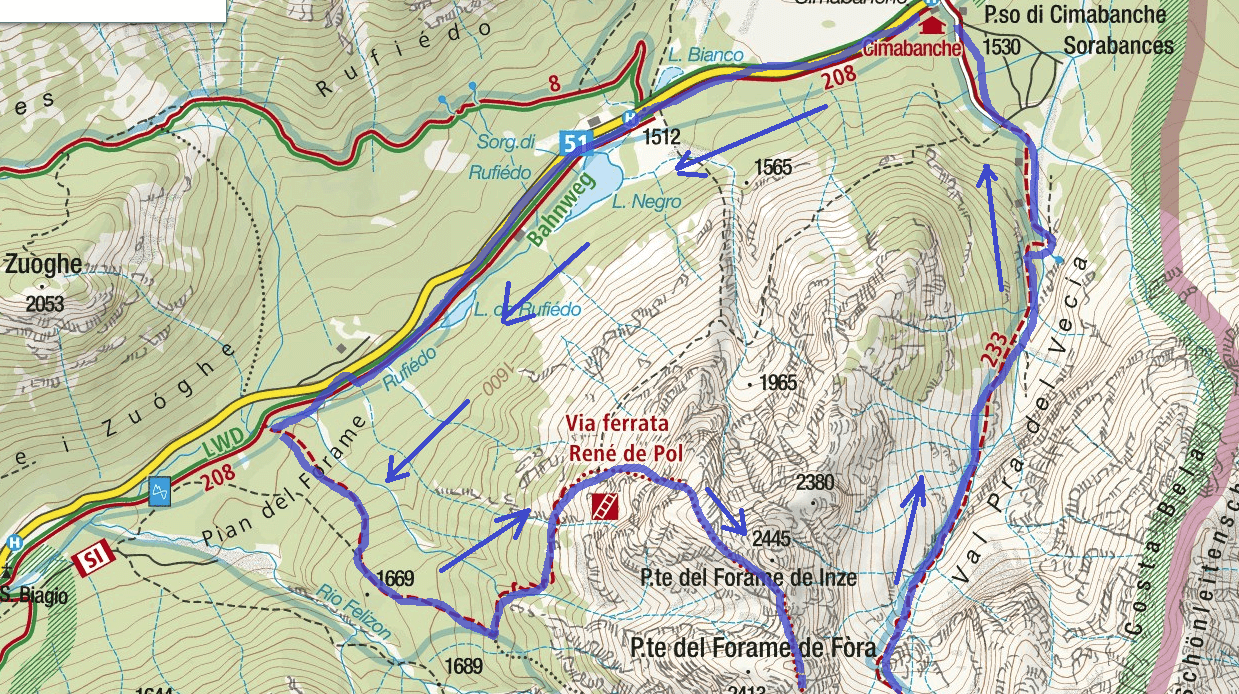 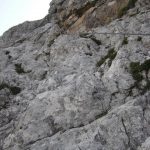 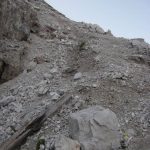 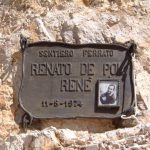 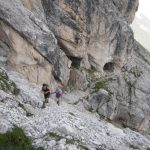 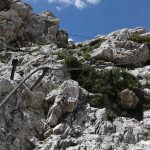 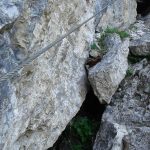 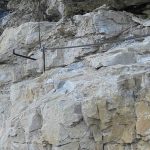 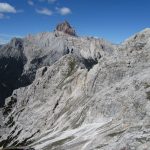 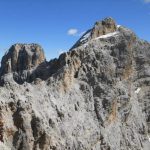 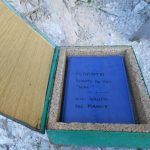 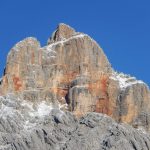 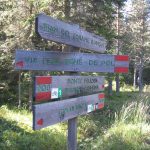 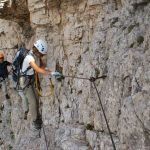 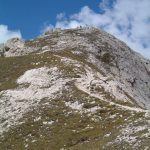 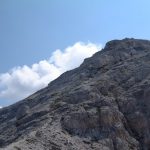 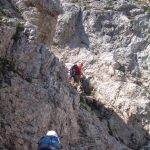 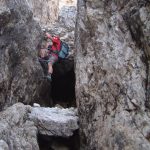 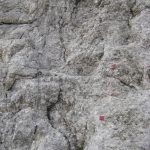 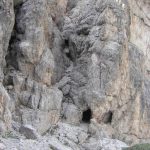 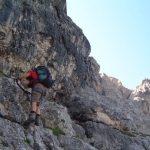 Webcam in Monte Cristallo from Misurina