The Rocca Senghi Ferrata is a difficult ferrata that goes up the homonymous keep. The ferrata is athletic, French and has several overhanging sections. The technical difficulties are not very high given the abundance of change and brackets present. Downhill there is the possibility of entering a military gallery.

The starting point of the itinerary is the hamlet of Sant'Anna in the municipality of Bellino in the province of Cuneo. Once in Sant'Anna you pass the bridge over the Varaita stream and park in the open space.

From the car park, continue on foot to the next bridge with the fountain on your left. Cross the bridge and take path U26 towards the Grange Cruset and then at the saddle to the right on the branch to Rocca Senghi (sign). Climb the steep path between serpentines along a grassy canal up to this singular isolated boulder with the start of the via ferrata at 2190 m on the left side (1h from the parking lot).

Start a horizontal section descending a couple of meters from the approach path and then start to climb vertically on a slightly overhanging wall with abundant brackets. A feature of the Ferrata Rocca Senghi brackets is the distance between them that can be high for short people. You reach a horizontal section with supports for hands and feet and then you reach a sharply exposed corner that is faced with the usual brackets. Continue along a series of vertical walls alternated by short horizontal sections. After about 45 minutes from the start, you reach a diagonal ledge where you can catch your breath after the first set of vertical, definitely athletic, ferrata walls. Climb up another wall overhanging but assisted by brackets and we reach the end of the first section of the ferrata on a grassy ledge where there is an escape route and it is possible to stop enjoying the view on a comfortable terrace. If you take the escape route you come to an abandoned military shelter from which you can reach the summit via a path or through a 30-meter tunnel.

The second section is less difficult than the first. Continue through rocks, ledges and stretches of short climbing up to

At the end of the ferrata descend to a saddle and then reach a saddle: on the right a path descends to the remains of a military shelter glimpsed during the ascent. Taking the left saddle, you can also go down a tunnel that connects two sides of the mountain and places us near the military shelter. This gallery of about 30 meters is initially aided with metal and cable steps. A front battery is required. From the shelter you go down a path that leads us near the start of the ferrata and from here backwards for the path approaching the car. (1h from the end of the via ferrata - 3h 30 'total).

The ferrata cable is laid in the French and therefore not particularly taut, reducing the possibility of pulling in case of difficult points that are present. However the abundant brackets present give a lot of support both for the hands and for the feet along the progression.

Images Ferrata Rocca Senghi. The images included in the report were sent to us by the users of the site. If you are interested in sending us photos, use the form on the left or send them to our Facebook page. 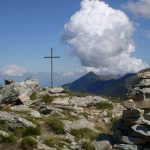 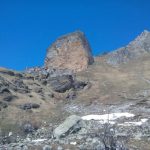 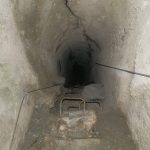 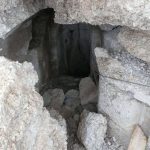 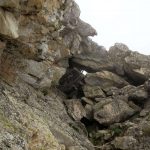 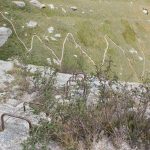 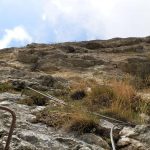 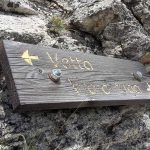 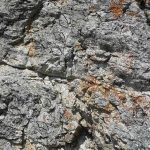 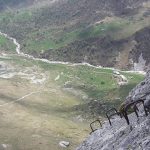 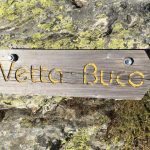 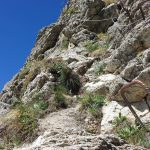 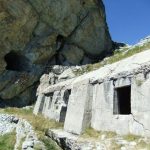 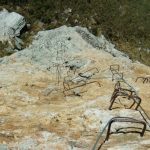 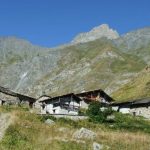 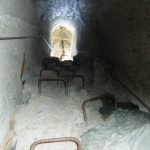 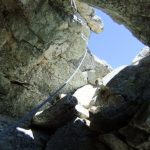 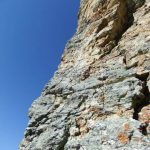 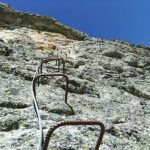 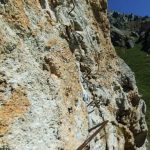 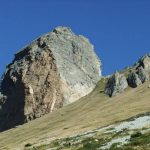 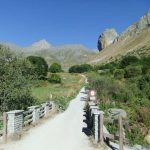 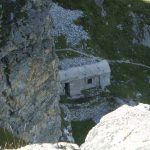