The starting point of the itinerary is the village of Condove in the province of Turin. Once in Condove, cross the bridge over the Gravio stream and park immediately after the aided area and the adventure park aboard the stream. Directions for Google Maps available here.

You follow the path proceeding along the dirt road next to the park and going through the wood leads towards the Ferrata della Ruceia named after the memory of GianCarlo Grassi and Diego Cordola (10 'from the parking lot).

The first section climbs up a vertical wall on a slab initially vertical then bending slightly towards left exploiting some brackets positioned along the rock. The rock is quite vertical and without the brackets one should proceed in adherence. Go up the vertical section until you reach a slightly overhanging section that lightly peaks. The stretch is just about 3 meters and can be passed easily thanks to the brackets. The first section is completed with a sloping slab.

After the connecting path, you proceed on a vertical section of 4 meters initially with some brackets for the feet leading to a small terrace then towards left bring us to a diagonal traverse with brackets as support for the feet. The highest part of this section is easier with a dihedral.

The third section is a short boulder to climb vertically.

We follow the path and get to the forth and last section. Close the climbing area of Roccabruna, we keep the left facing a a dihedral vertical with plenty of brackets followed by a traverse to the left. We proceed on a dihedral similar to the previous one. We climb it and bend to the left prior to a vertical slab which leads to the end (1h from the beginning - 1h 15' total).

Arrived to the end of the route follow the path on the left that leads back to the base in the Poisatto area from which we turn left again and then to the car park (30 'from the end of the ferrata - 1h 45' h total).

It is a via ferrata suitable for beginners, abundantly aided without difficult passages. The first stretch alone is slightly more challenging than the others. Also suitable for younger people.

Going up towards the alpine ridge along the Val di Susa we meet Claviere la Ferrata Rocca Clarì, the Ferrata del Bunker or Military, the Ferrata of the Batteria Bassa and the long one Ferrata to the Chaberton. In Bardonecchia instead there is the Via Ferrata of Rouas.

Traccia GPS per Ferrata della Ruceia. Itinerary: as per description above.

Images Ferrata of the Ruceia. The images included in the report were sent to us by the users of the site. If you are interested in sending us photos, use the form on the left or send them to our Facebook page. 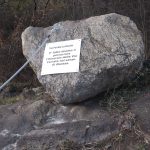 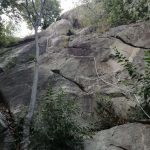 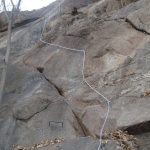 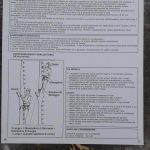 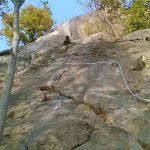 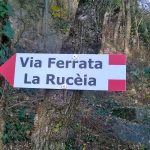 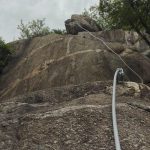 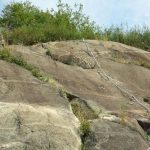 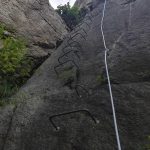 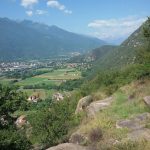