The Ferrata Sant'Antone is a difficult ferrata that extends on the Pisan mountains at a height between 500 and 600 meters. The ferrata does not develop over a high difference in height but is composed of many exposed traverses, often exposed and overhanging, which put the hiker to the test.

The starting point is a clearly visible pitch in the provincial road 56 that goes up from Buti (PI) and leads to Monte Serra. The pitch is clearly distinguished by the presence of a fountain and a roadman's house on the opposite side of the road.

Park the car and go up the paved road for about 200 meters until you find a sign indicating the via ferrata. An uphill path with red and white signs is taken for 5 minutes. At the junction keep right for reach it (10 'from the parking lot). If we keep to the left at the crossroads, we soon come under the series of brackets that characterize one of the first passages, without however the possibility of reaching the first one.

The via ferrata immediately begins with a traverse oblique that passes an edge in exposure and it is continued making traction on the cable with the boots in adherence. This type of passage will characterize the way also in the continuation. You go up a vertical wall with a slightly overhanging start where the pegs present help the progression. A exposed horizontal traverse is undertaken in which it is necessary to continue adherence with the boots by pulling on the cable and paying attention to the rock that protrudes above our head. A non-trivial downhill passage is undertaken in which we must jump out to find the best supports for the feet. Immediately start again on a traverse to the left . The traverse enters a gorge that we go around and we go out on the opposite side. We climb diagonally in an area where a roof requires lowering. The lastvertical wall of medium difficulty is attached and an escape route is reached. This exit allows uphill to reach the end of the via ferrata (5 ') and downhill to reach the start (10').

To continue the ferrata follow the indications to the left. An oblique traverse is attached and after having bypassed another exposed edge, one hike downhill into a passage in which it is necessary to study one's position well to avoid being thrown against the rock. It continues between ups and downs, chimneys and cross traverses that are generally difficult and require a certain athleticism and strength of arms. This section of the via ferrata ends and we move close to the last section.

Thelast section is more vertical with two passages of greater difficulty than the rest of the route. The first step consists of a chimney, definitely overhanging, requires a good technique in the first two steps and then decreases the difficulty. The equipment is temporarily interrupted, we continue to the right and face the second challenging passage. We find a stone to be traced back in split, evaluating well the few holds on both sides. To go up it may be necessary a couple of traction to climb up even here a slight overhang. Past these two stretches there are some exposed but not difficult crossings before reaching the last saddle: on the right the ferrata ends, on the left after a traverse is reached a short but exposed suspended bridge that leads us to the last difficult passage (key crux). A vertical section that technically and physically tests in particular for the lack of grips and for the accumulated fatigue previously. 5 Vertical taps lead us to the Italian flag with which the ferrata ends. The biggest problem is detaching from the bridge due to the lack of grips, especially for people of short stature. Once we have identified the way to go up the first taproot, we move to the right side of the wall near two singular Y-shaped brackets that support the wall, which is also slightly overhanging. Go up first on the right and then on the left of the cable, ending the difficult vertical passage. After this section the Sant'Antone Ferrata ended (1h 15 'from the start - 1h 25' from the parking lot).

From the end of the Ferrata di Sant'Antone continue along a loose track to the left that soon leads us to a series of stones to climb and therefore we are on a clearing called Ghiaccietto. We will go to the right crossing the open space for parking then following the CAI path that will lead to the first escape route. Continue the descent to the start of the via ferrata and then back to the parked car. Please note that - after crossing the escape route - it is easy to get lost as it is badly marked. However, the road is a few dozen meters below and between shrubs and landslides you can still reach the road to the left (25 'from the end of the via ferrata - 1h 45' from the parking lot).

The Ferrata is of recent construction and given the low altitude it lends itself to being traveled practically all year. The rock offers good adherence and helps during the various stretches where the adherence of the boot on the rock is essential. The ferrata is very varied, offering plenty of traverses, challenging downhill sections, walls, chimneys. You need good arm strength due to the large number of overhanging stretches along the way. Each taproot is numbered making it possible to understand which way it is of the route - considering that the entire via ferrata is about 170 nails. The downhill stretch on the ridge is very exciting.

The Ferrata di Sant'Antone is a via ferrata which, given its not excessive length and the fact that it is characterized by many traverses, is well suited for expert hikers to be traveled backwards (perhaps avoiding the last stretch between the suspension bridge and the end of the route).

GPS Track. Itinerary: as per description above.

Images Ferrata Sant'Antone. The images included in the report were sent to us by the users of the site. If you are interested in sending us photos, use the form on the left or send them to our Facebook page. 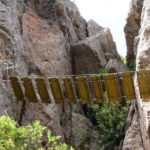 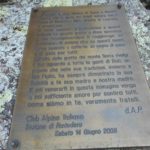 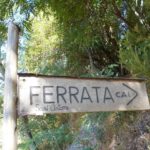 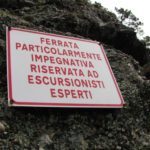 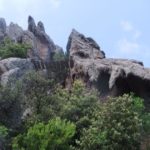 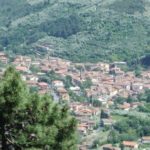 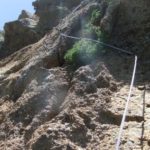 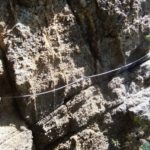 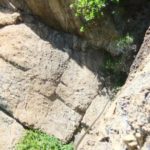 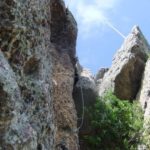 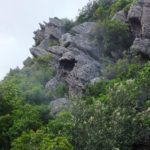 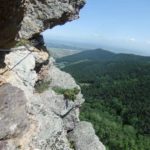 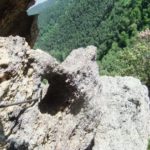 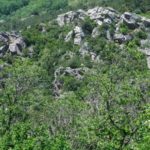 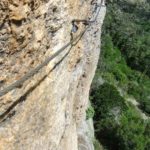 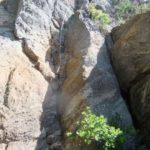 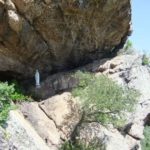 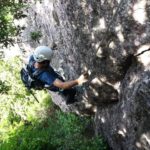 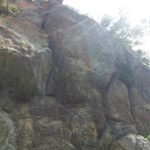 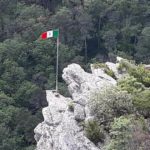 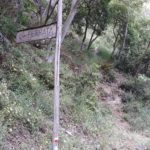 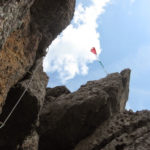 Weather Ferrata Sant'Antone in the locality of Buti (Pisa).