Review of the easy Ferrata to the Sass de Rocia near Laste in the province of Belluno. Technically elementary via ferrata but which lends itself very well to experience verticality for beginners and people who want to get closer to aided routes. The short vertical sections are very well aided. Short itinerary with modest height difference.

The starting point of the itinerary is Ronch, a small village near Laste in the province of Belluno. Once in Laste follow to Ronch and park in the square at the center of the hamlet. Just before reaching the village along the road you will notice a sign indicating the path that goes up into the wood for the start of the via ferrata. Directions for Google Maps available here.

From the center of the hamlet where we parked we return to the paved road for a few meters until we take the left uphill into the woods the approach path. The path well marked it is free of difficulty and in 10 minutes it leads us to the start of the Ferrata to the Sass de Rocia (15 'from the parking lot).

From the start of the via ferrata we go up one wall aided with brackets and metal ladder after which we go inside a ravine where we climb with the rope that acts as a handrail. The ravine narrow between the walls of Sass de Rocia leads us to one leaning metal ladder of 4 meters with which we reach a ledge that after a few meters turns into a bend to the left that deposits us below a vertical wall in itself very smooth and without holds but aided with many brackets it goes up again. A slightly overhanging stretch is the only difficulty of this wall. Above our heads the suspended bridge. We go out on a small terrace with the equipment that bends to the left for a few meters before starting vertical with one new bracket series separated with a short passage to the left. We leave the wall on a solid suspension bridge passing over the gorge from which we went to the entrance.

We follow the equipment now on an aided path. We climb some easy rocks among the mountain pines and reach the second suspension bridge. We leave the bridge and walk along a stretch of initially aided path that leads us to the third suspension bridge. We cover another stretch of path and reach the Pian delle Stelle shelter with which the easy Ferrata ends at Sass de Rocia (30 'from the start - 45' from the parking lot).

The descent can take place completely through the ascent route or past the first two bridges and near the third bridge with which the descent into the gorge begins, we follow the track that goes around the gorge and then we go down a ladder then with a path grafting ourselves into the path of approach with which to return to the parking (30 'from the shelter - 1h 15' total).

The via ferrata is easy and is ideal for beginners and families. In fact, some vertical sections are climbed with the aid of brackets, minimizing climbing. Fast itinerary, ideal in days of uncertain weather given the brief approach and return.

The Sass de Rocia Ferrata is the easiest of the via ferratas in the subgroup of the Marmolada among which the historical ferratas stand out Eternal, to Punta Penia, to the Col Ombert and at Colac. Going up towards Passo Falzarego we find two easy via ferratas: the easiest is the Ra Gusela and a little more difficult Ferrata to the Averau. Going southwards towards the Civetta we meet the difficult via ferrata Fiamme Gialle, Tissi and Alleghesi or you could take the long one Via Ferrata Costantini to Moiazza. 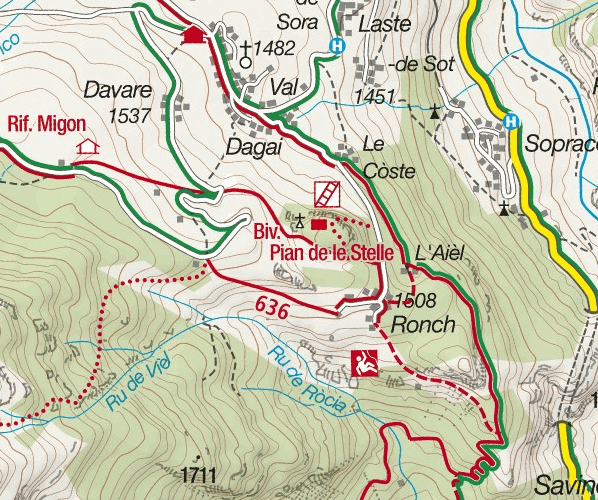 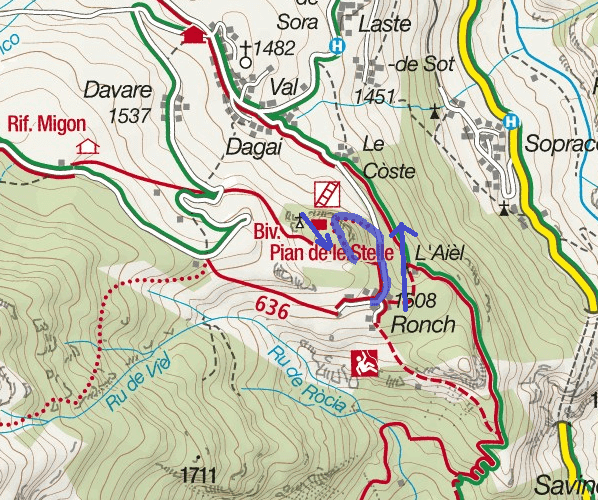 Images Ferrata Sass de Rocia. The images included in the report were sent to us by the users of the site. If you are interested in sending us photos, use the form on the left or send them to our Facebook page. 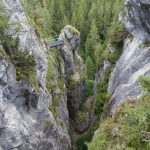 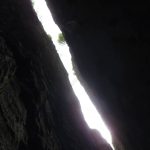 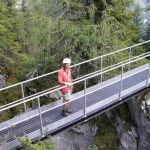 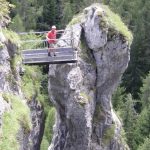 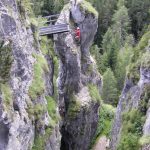 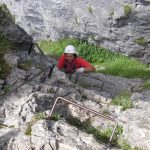 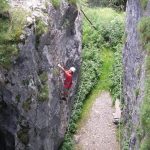 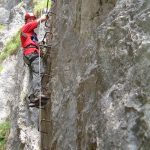 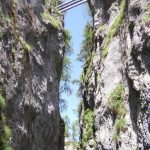 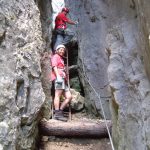 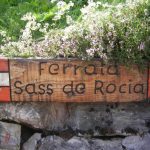 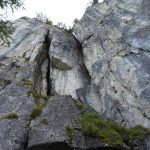 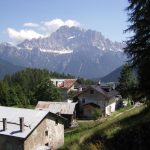