The Ferrata alla Cima Nova is a short ferrata that helps you climb the bold Cima Nova in Val Badia. It is a long and demanding itinerary, aided in the last 100 meters before the cross. Ferrata without technically prohibitive passages but very exposed, particularly in the south slab that characterizes Cima Nove. Excursion for large stretches in a solitary and austere environment with short exposed exposed passages.

The starting point of the itinerary is the Rifugio Pederù which can be reached from San Virgilio di Marebbe in Val Badia - Bolzano - following the indications that already in the town center indicate "Pederù". We cover the asphalt road that will lead us to the hut where there is ample parking available. Directions for Google Maps available here.

From the Rifugio Pederù (1548 m) we follow the broad and touristic path 7 that goes southward into the Fanes Valley. In rapid succession we reach three shelters and refreshment points generally open all summer: il Pices Fanes Hut (2007 m), the Fanes hut (2060 m - optional with short detour) and the Rifugio Lavarella (2050 m - 1h 30 'from the start). From the Lavarella Hut we keep the signpost 13 which goes northwards to the right to Piano delle Sarenes which constantly leads us to the Passo di Sant'Antonio (Ju de Sant'Antone - 2466 m - 2h 30 'total).

We leave the path 13 which descends towards Val di Fanes and then Val Badia. We follow the sign that makes us go up in an easterly direction on a steep scree with some red signs and some easy rocks until you reach one grassy saddle with wonderful view of Cima Dieci and Cima Nove where the signs end but yes follows the route on the ridge by eye in the north-west direction that leads us to the attachment of the equipment after a slight up and down. This stretch is surrounded by precipices on both sides so the absence of signs does not create particular problems (2800 m - 3h 30 'total).

The ferrata goes back about 100 meters which will leave us on the gravelly slope with which we will reach the summit. The first aided section of the route begins they assure us in a stretch of ridge that rises near the precipice of the north wall in a well-surfaced motion stretch more like an aided path than a real ferrata. After the first few meters we move to the south side - more exposed - on which yes extends the metal cable in a stretch still without technical difficulties. We continue on a moderate slope up to a stone where the cable ends and hangs up two meters ahead for the most interesting section of the via ferrata.

Let's start now a long and decidedly traverse aerial to the left on one smooth slab in which we will have to proceed in adherence with the boot. Let's go up this stretch and the cable proceeds more vertically in the direction of a very aerial corner where we gain height in strong exposure until we reach a medium difficulty chimney to be traced. We climb this stretch - probably the most technical of the route, although quite supported - and we find ourselves at the last stretch of the via ferrata. Let's go up alast slab inclined e some exposed summit rocks beyond which the equipment ends (45 'from the start).

The return takes place backwards for the ascent route, including the via ferrata (3h 30 from the summit - 8h total).

The Ferrata a Cima Nove does not present particular technical difficulties but extends one long very exposed wall with smooth slabs and very vertical features that could create some problems for people with little experience and a non-stopped foot. However, this must be combined with passages without difficulty with excellent equipment.

Return is via the downhill ferrata. The ferrata, as mentioned, is very exposed and must be traveled carefully. Another aspect to keep high attention is the weather. The trip is long and, after the first series of shelters, it is quite isolated and therefore must be covered with stable weather. Attention on the descending summit slabau - in case of fog or low clouds - to identify the gully where the equipment for the descent is present.

As an alternative to leaving from Rifugio Pederù we can leave the car in Spescia (1549 m) in Val Badia (directions for Google Maps here) and climb steeply with path 13 along the Val di Fanes until you reach the Jeu di S. Antonio (2466 m). Although shorter in terms of distance traveled, this climb is more difficult and steep. Duration itinerary 7h round trip.

The Sasso delle Nove extends on the northern peak of the Group of the Sasso della Croce. On this pulpit and on the nearby Sasso delle Dieci there are two via ferratas, often combined. Going further south along the group one also encounters the Aided Path Tru Dolomieu and the long one Via Ferrata of Peace. Always near the Val di Fanes in the north near the Lake of Braies extends the easy Via Ferrata Valdaora to the Cima dei Colli Alti.

Traccia GPS per Ferrata Sasso delle Nove. Itinerary: as per description above. 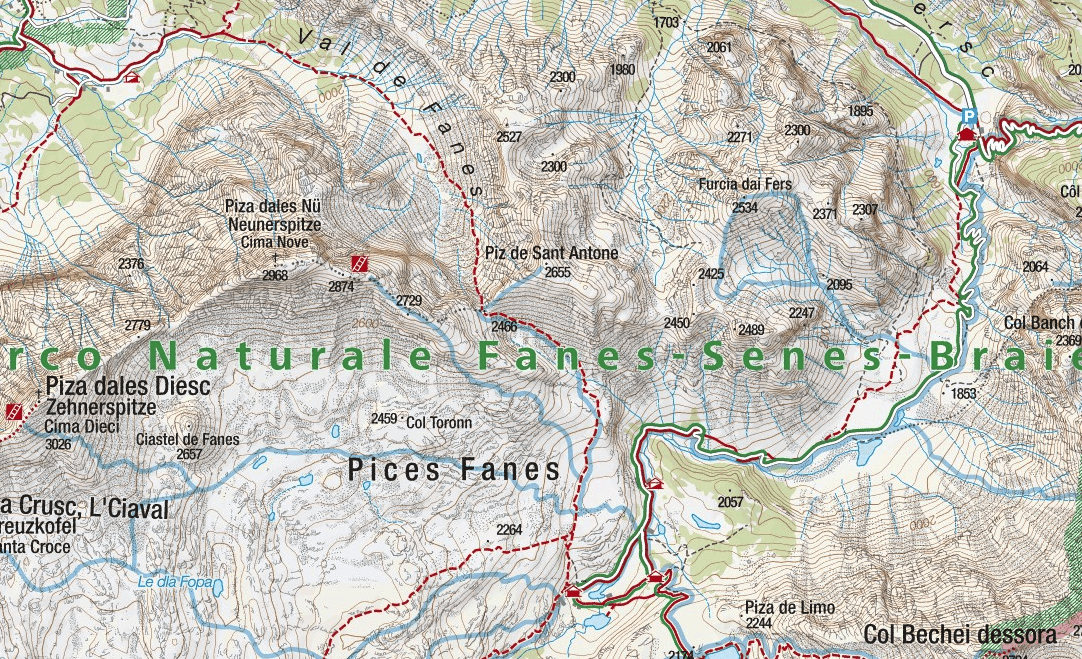 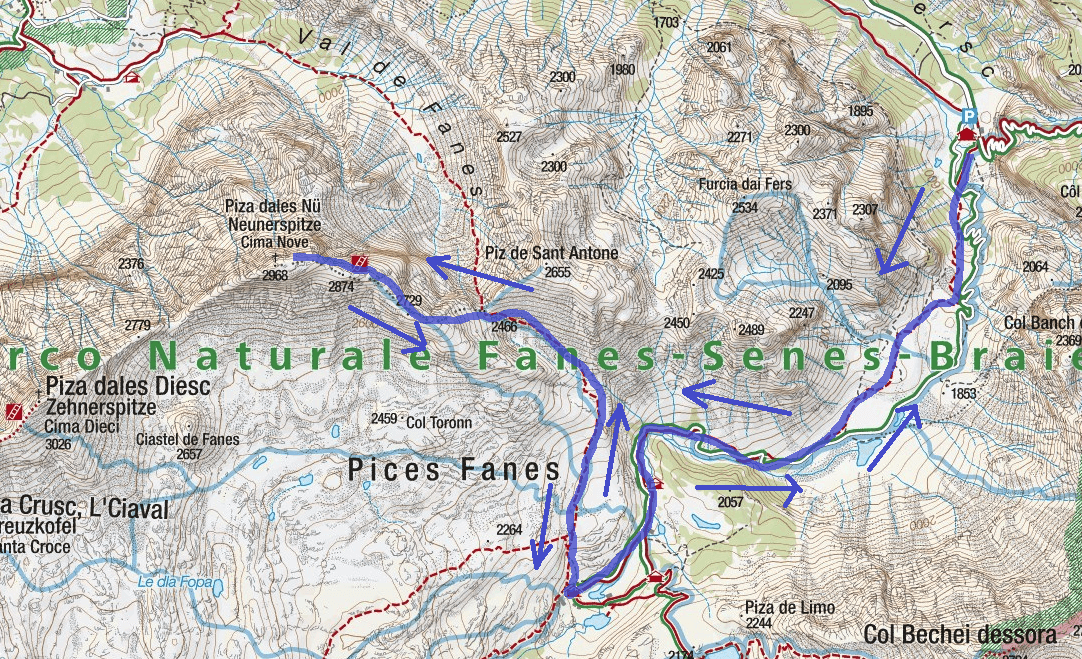 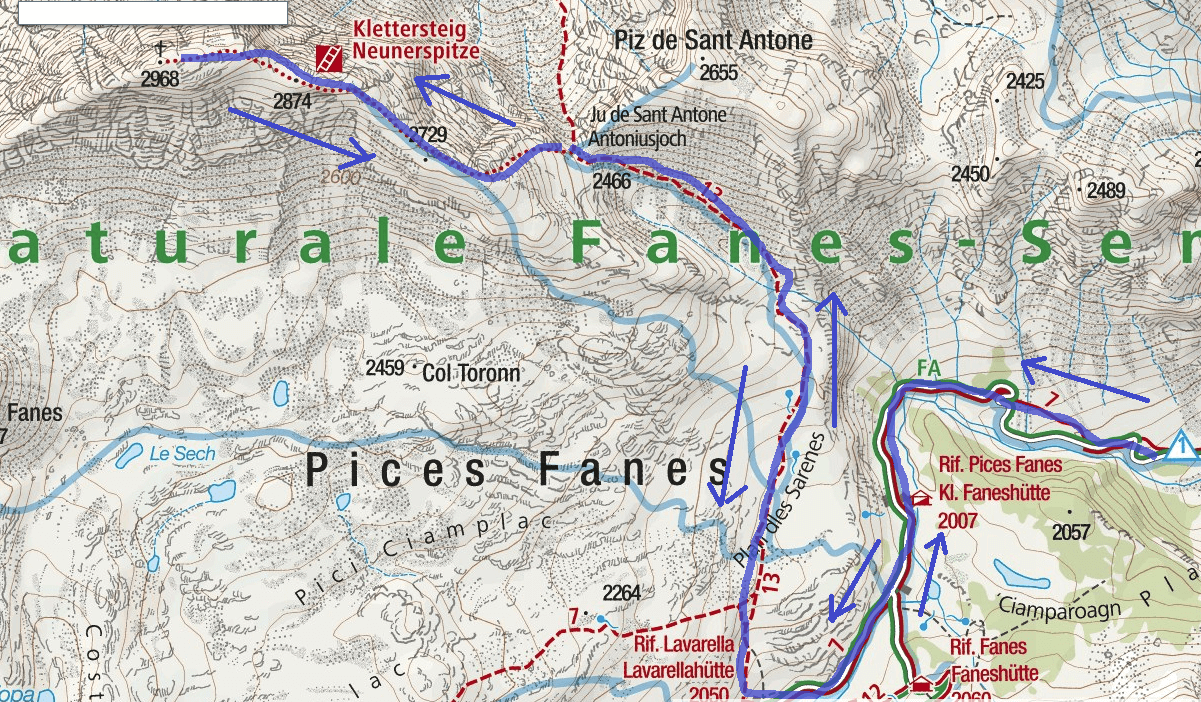 Pictures Ferrata Sasso delle Nove. The images included in the report were sent to us by the users of the site. If you are interested in sending us photos, use the form on the left or send them to our Facebook page. 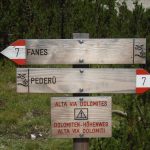 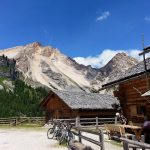 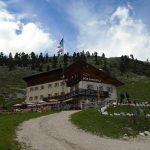 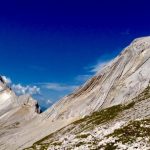 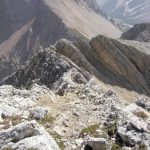 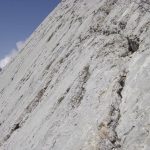 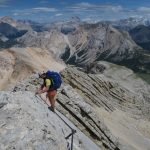 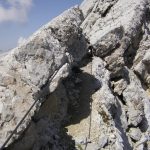 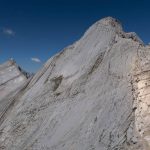 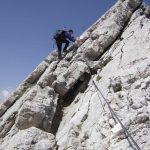 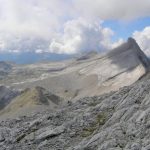 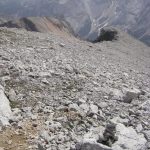 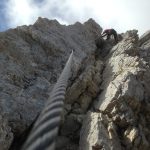 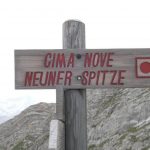 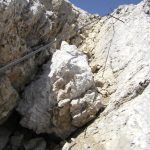 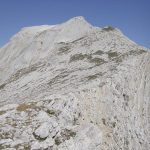 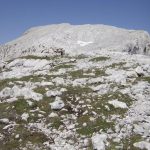 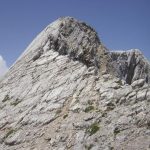 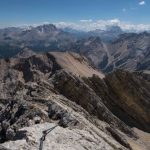 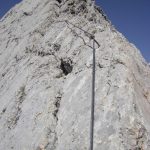 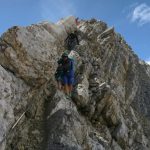 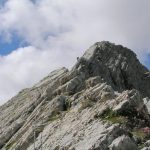 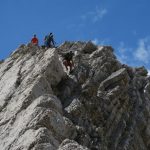 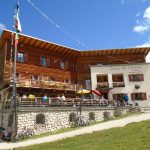