The Ferrata Silvano de Franco is an alternative route to the most beaten routes to reach the summit of Resegone, a mountain that dominates Lecco. The ferrata is a fairly short and challenging route along the south-west ridge in high exposure with some challenging slabs. The via ferrata has a fairly long approach and is often linked with other aided routes that climb to the Pian Serrada (Centenary Ferrata or Aided path of the Caminetto).

The starting point of the itinerary is the large square from which the cableway to Piani d'Erna starts in the municipality of Barzio in the province of Lecco. Arrived at Lecco from the highway that connects Lecco with Ballabio and then with Valtellina, at the exit of a tunnel take the exit with clear signs for "Piani D'Erna". From there continue uphill between hairpin bends until the end of the route in the large square.

For the approach you can opt some alternatives in which you have to consider whether to use the cable car that goes back to the Pieni d'Erna and if you want to take another path aided during the approach. Here are the 4 alternatives:

The ferrata begins with a short rocky leap with the chain passing through a crack in the rock. After the jump, you will encounter some rocks rich in natural holds. Continue briefly horizontally up to the next stretch of rocks. This second stretch is longer than the previous one with very jagged rock that offers useful grips for the hands. The slope gradually increases and the chain runs inside a groove where there is a small, more difficult leap to face in which it might be more convenient to use the chain. In the meantime it has gained altitude and with it also exposure continues in this stretch that can be largely climbed. Reached the pulpit of this stretch we see in front of us a second vertical stretch with a piece of ridge path to go before reaching it. The path continues on a slender track on the right side of the ridge.

The second tower starts on a 4-meter dihedral with less obvious grips than the previous section. It is better to go up with the feet on the left side although the chain runs on the right one. At the end of the dihedral, go around a ledge to the right and we find ourselves under a jagged vertical wall. A pair of protrusions are climb upd, one in particular which requires more effort and you reach a small terrace from which a section of aided descent starts a little further on. After the downhill stretch, continue on the evident path of the path towards the next aided stretch..

This new aided section starts at a point where it is difficult to start without pulling on the chain due to the development of the chain that starts at a low roof. The following meters of ascent are decidedly richer in grips and one continues to climb quite easily up to a couple of ledges of the rock. We follow a short horizontal ledge to the left up to the next vertical wall with a crack on the left and a small wall on the right. If you go back up to the right, the first few meters will be easier, but in order to climb up the partition the slot in the final part will be more comfortable. The carabiners are momentarily detached to reattach them soon after to a new prominence. This exposed vertical section is well attached in the meters after the start and remounts an edge standing on its right side. The vertical slab is faced until it comes out in a stretch that will run along the ridge between easier rocky jumps and rocks. This trait is certainly less demanding than the previous ones but it is definitely exposed.

The carabiners are momentarily detached again to reattach them near an exposed saddle that we cross in the direction of the last section of the via ferrata. A pillar is attached in which we will stand on its left side until it is completely climb upd. Continue with some small rocks and a couple of more prominent rocky outcrops referring to the right edge of the ridge. After these last steps we are on the ridge path where we will proceed without equipment. The path is not difficult but attention should be paid in case of recent rains. From the ridge path we see the crossstraight to us, the goal of our itinerary.

We continue on the path facing some ups and downs, some of which are aided. A stretch that deserves more attention is the circumventing of a downhill boulder and then grafted onto on the path which in a few minutes takes us to the cross of Punta Cermenati (1h from the start - 2h 30 'from the top station of the cable car).

From the end of the equipment we reach the summit cross from which we see the Azzoni Hut. Reached the hut generally descend along the Path 1 to the junction with the path 5. At this point we will consider taking the path 5 to the right in the direction of Piani D'Erna and then the cable car (1h 15 'from the end of the ferrata - 3h 45 'total) or stay on the path 1 downhill towards the Stoppani Hut and then to the car park (2h from the end of the via ferrata - 4h 30' total).

The Ferrata Silvano De Franco is not a long route but with some passages that are difficult to underestimate. It is a less traveled route than other routes in the Resegone area. The chain that is present along the entire route is easy to clasp but a little bulky and sometimes it is a bit of a hindrance in the progression and the carabiners sometimes tend to get caught up in it.

As mentioned in the paragraph on approach, the Ferrata Silvano De Franco is often combined with one of the aided paths that goes up the rampart behind Passo Fò. An alternative could be to climb the Via Ferrata Gamma 1 from the parking lot at Piani D'Erna and then head towards Silvano De Franco.

Another alternative is to take the ridge that from Rifugio Azzoni reaches the end of Aided Path Carlo Villa at the Bobbio Canal and follow this downhill, paying attention to the slightly exposed itinerary.

Although difficult to combine with the via ferrata, on the Resegone we can also follow the Via Ferrata Gamma 2 or the Mare Cresta. 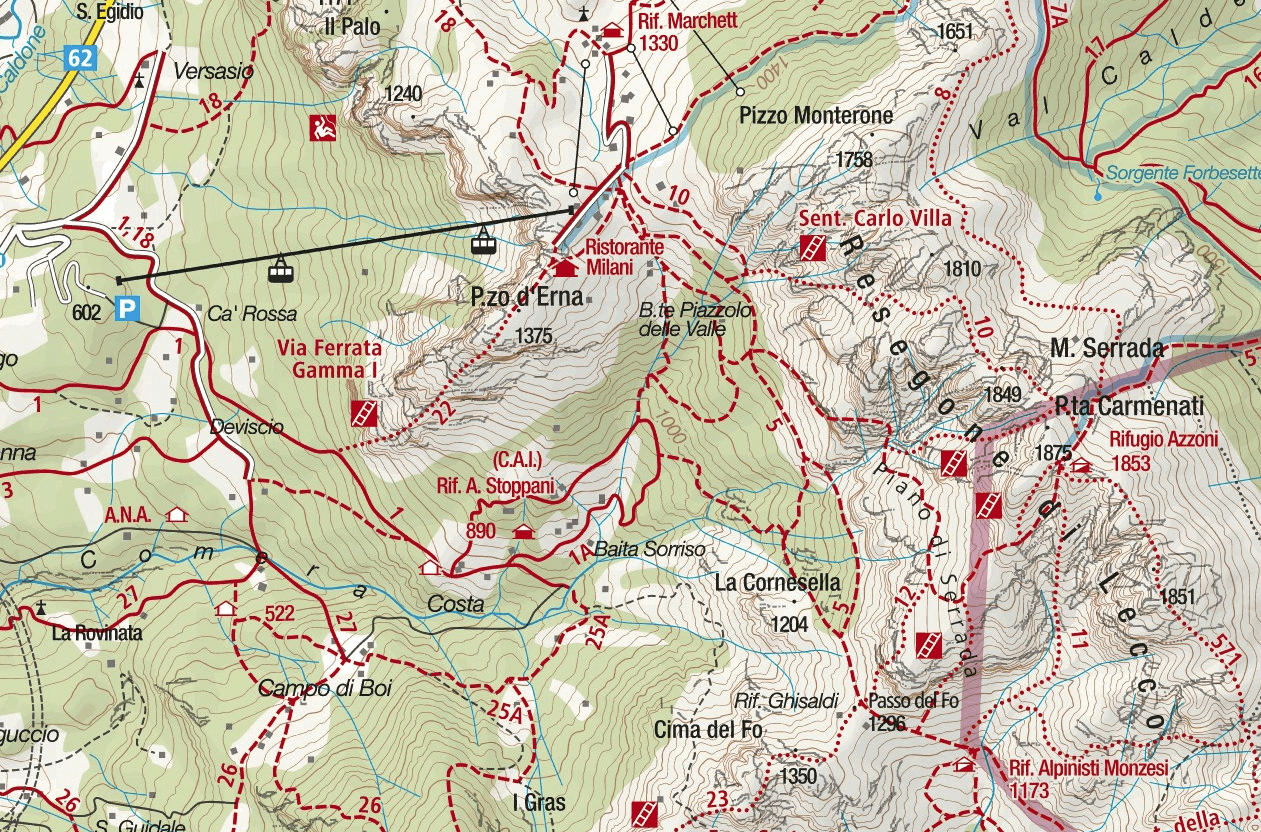 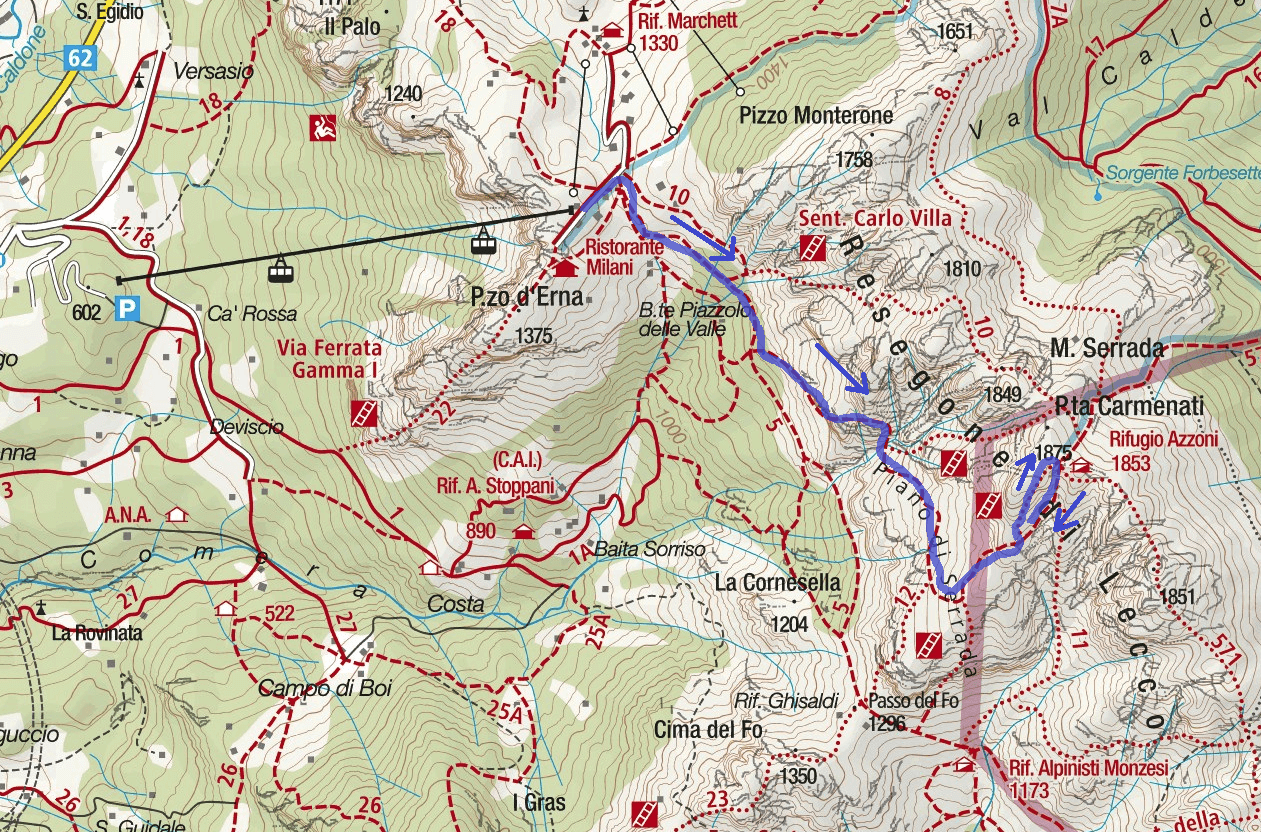 Images Ferrata Silvano de Franco. The images included in the report were sent to us by the users of the site. If you are interested in sending us photos, use the form on the left or send them to our Facebook page. 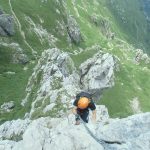 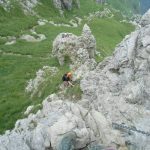 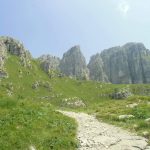 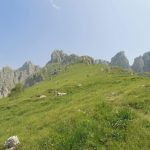 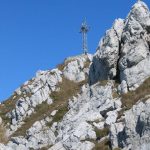 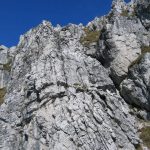 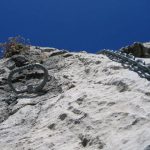 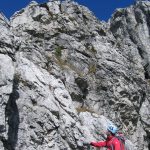 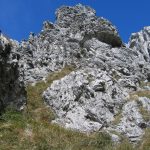 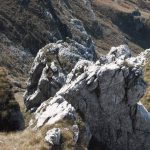 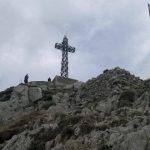 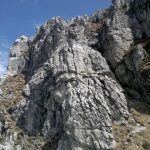 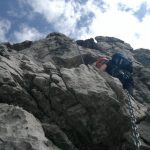 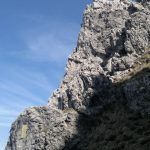 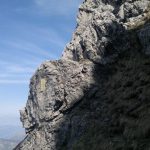 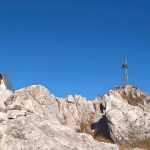 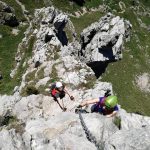 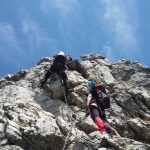 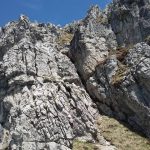 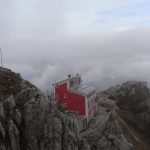 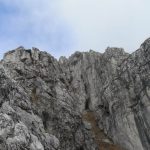 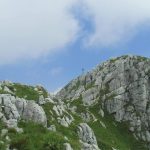