Via Ferrata Contessi at Monte Due Mani

Ferrata Contessi at Monte due Mani

The Simone Contessi Ferrata is a demanding via ferrata that extends along the rocky towers that characterize the ridge of Monte Due Mani in the province of Lecco. The ferrata has a high variety of passages and between vertical walls and traverse it allows us to climb this mountain with a wonderful view of the Grigne, the Resegone and the Lake of Como. The path that runs along the ferrata allows to have different points of bypass of each single towers and eventually use them as escape routes.

The starting point of the itinerary is located in the road that connects Ballabio to Morterone in the province of Lecco. From Ballabio we take the winding road that leads to Morterone. Continue for almost 5 km, pass a tunnel, a few more hairpin bends and shortly after you find on the left an open space with 2 parking spaces and a sign. There are at least another couple of parking lots on the roads just a few meters up the road on the right side.

Once the car is parked, take the steep path that goes up into the woods and soon we come to the slab that indicates the start of the Ferrata Contessi (10' from the parking lot).

The Ferrata Contessi is characterized by a number of rocky towers that make it easy to identify each section of the itinerary. The various sections have the characteristic of being able to be circumvented by a path that accompanies us uphill and which will then be undertaken downhill:

We continue along a ridge path with aided sections, rocks and simple stretches of path. With the accumulated fatigue that should not play tricks on us, the walk on the ridge (about 1h 15 ') leads us to a last saddle before the summit. We can make the tenth section of the ferrata or go around it. This section requires first to ascend a shorter rocky outcrop and to descend from the opposite side. After a while we reach the summit cross with the characteristic shelter without beds (3h from the start - 3h 15 'total).

The descent can also take place via the normal route, which however has the great disadvantage of making us reach 4 km upstream of the paved road where we parked.

Given this it is usually possible to descend along the steep path that runs along the various towers on which the ferrata extends. The descent is quite steep and a pair of hiking sticks can be very useful. The return to the near by the start of the via ferrata and from there to the parking lot (1h 45 'from the summit - 5h total).

The rock is calcareous as in many other via ferratas in the Lecco area. This allows you to proceed climbing in many parts of the via ferrata. The chain (which can be clipped) is loose in some places and with rather spaced between anchor points, so proceed with caution so to avoid any chance of falling.

The Ferrata Contessi al Monte Due Mani is a challenging via ferrata within a fairly long itinerary with an important gap. Given this, if a hiker wanted to combine this via ferrata with a second itinerary, Lecco offers many possibilities. In increasing order of difficulty the could be evaluated Aided path of the River, the Via Ferrata of the Morcate Tunnel, the Ferrata Gamma 1 to Piani d'Erna, the Ferrata to the Corno Medale and the Ferrata 30° OSA al Corno Rat. For the most skilled you could walk the Via Ferrata Gamma 2 al Resegone or la Via Ferrata of Monte Ocone on the Bergamo side of the Resegone. 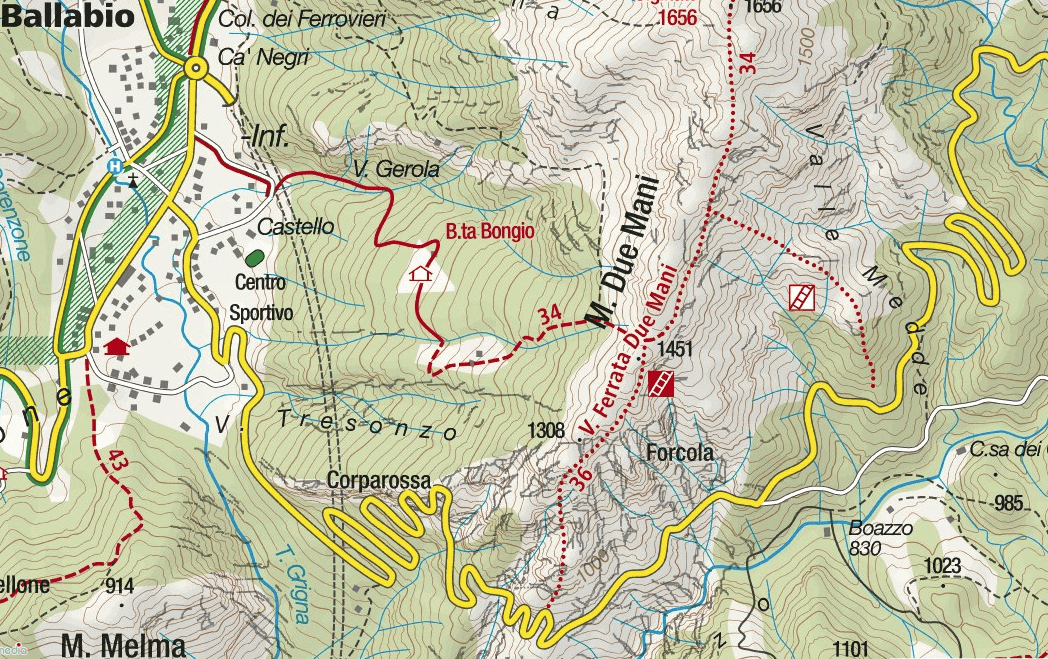 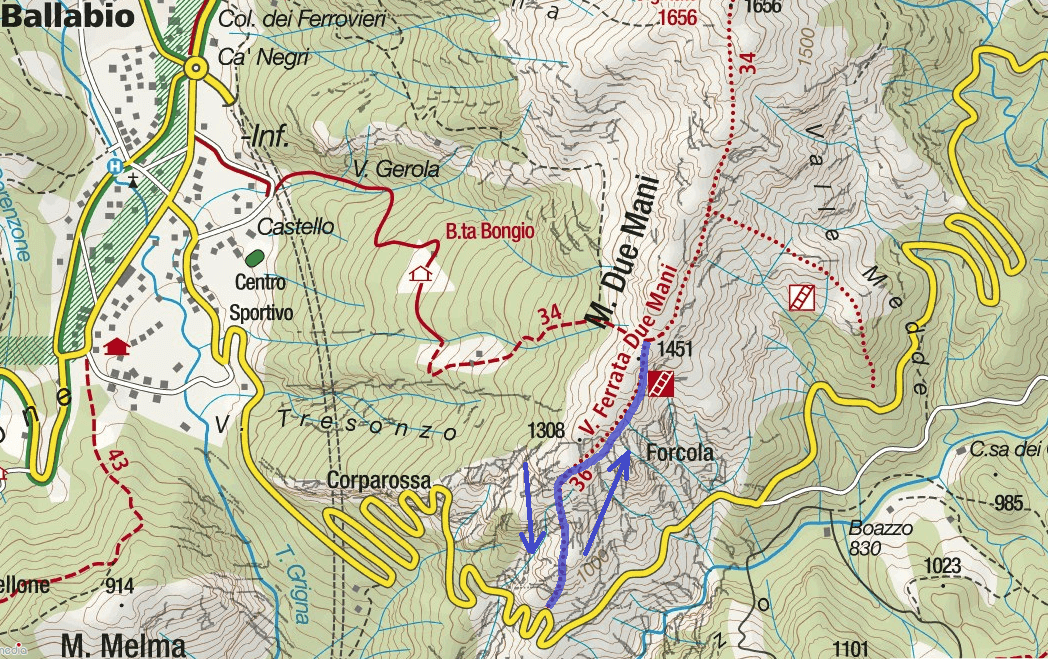 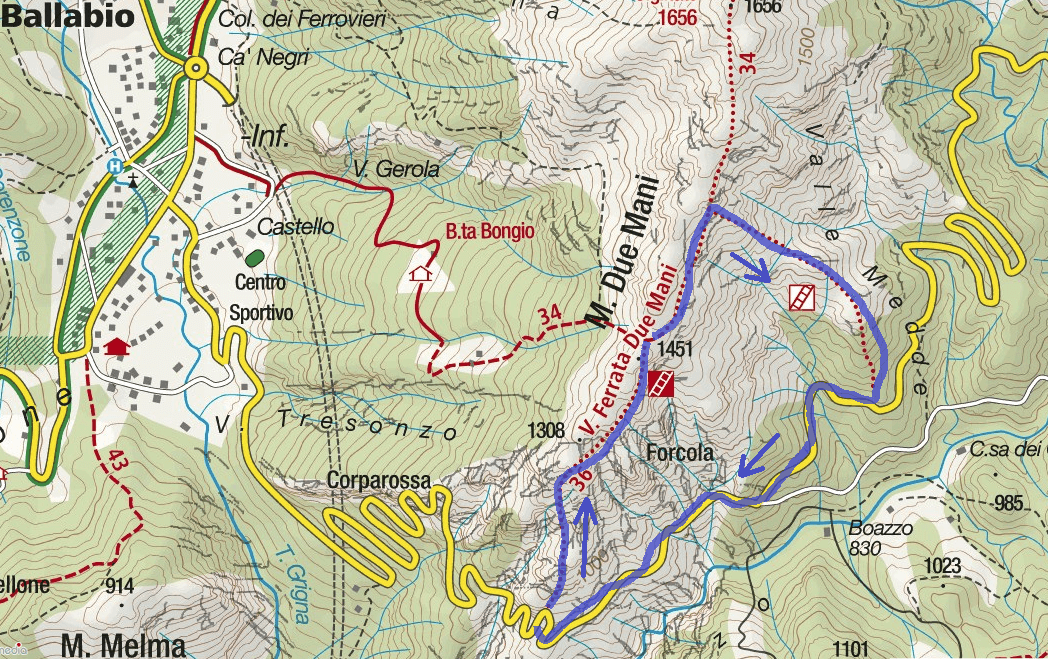