The Ferrata del Somator is a pleasant ring route to Monte Bielsa in the Gardesan Prealps between Rovereto and Riva del Garda. The itinerary is easy and there are some rather elementary rocky outcrops where brackets have been inserted and changed to help hikers. Ideal as a via ferrata for families.

The starting point of the itinerary is the parking lot of the Ristorante Pizzeria La Baita located between Ronzo-Chienis and Castellano in the province of Trento. Directions for Google Maps available here.

From the car park at the Baita we follow the CAI 671 signs on an asphalt road heading east. We climb on a modest slope and ignore the first fork to the left for the Equipped Path of the Laste with trail 671 - this will be our return path. In short, we quickly reach a series of tracks that come off to the right. If you want to reach the Malga Somator Refuge, take the 642 trail that reaches the refuge. This choice is optional. The first traces that come off to the right they rise more steeply and after a few minutes they join the path 673 from which the Path of the Somator actually begins (30 'from the car).

The path always remains rather easy with some stretches where it is narrows and becomes equipped as well as a couple of easy vertical leaps and a groove. After these equipped sections continue on the path now in view of the Monte Biaena with a beautiful view of the nearby lake (1617 m - 1h 30 'from the car).

For the return we descend on the east side following the track 671. After about 10 minutes we meet a fork, to the left we come off the path 678 which we ignore. We continue in the woods with some easy ones aided section until you reach a cart track and then the junction encountered on the outward journey. Return back to the car (approx. 2h 30 'total).

Although it is known as the Ferrata del Somator, the ascent to Monte Biaena is an easy itinerary suitable for beginners and families.

If you are looking for an accomodation close to this route, we recommendAppartamento Via Ferratain the historical center of Mori. Apartment of 103 sqm, 5 beds and 1 cot. Follow this link for more info and Federico's contact details.

Traccia GPS per Ferrata del Somator. Itinerary: as per description above. 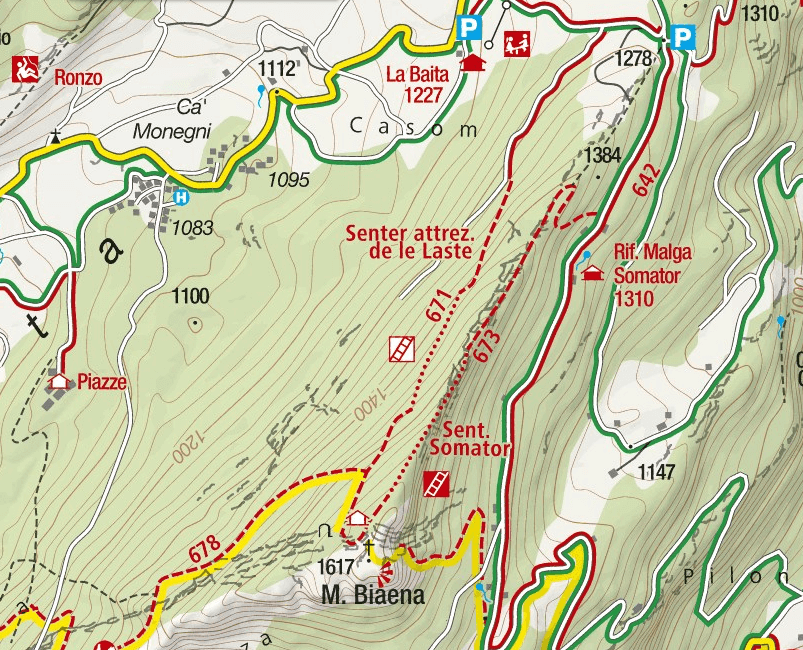 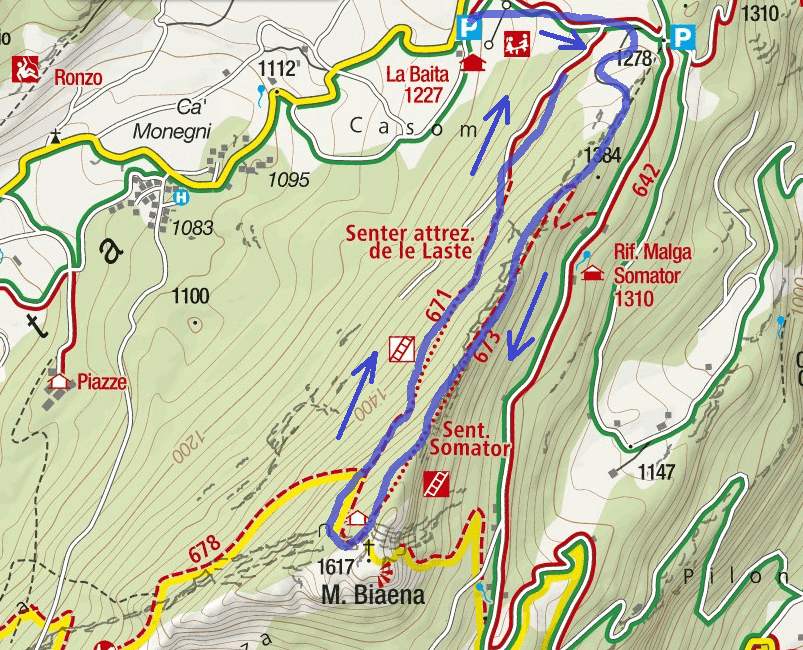 Images Ferrata of the Somator. The images included in the report were sent to us by the users of the site. If you are interested in sending us photos, use the form on the left or send them to our Facebook page. 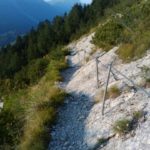 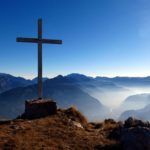 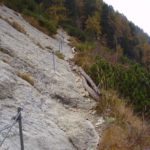 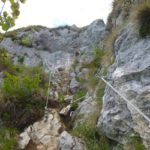 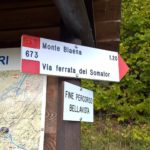 Webcam Ferrata del Somator in the locality of Arco (Trento).