The ferrata named after Lieutenant Ferrante of Ruffano was installed by the Alpini near Pontebba in the province of Udine. The via ferrata is vertical, demanding and athletic in many passages. Ideal as training in the months in which it is not possible to climb the highways.

The starting point of the itinerary is located near the town of Pontebba in the province of Udine. For those arriving from the motorway, from the exit of the toll booth keep left towards the center of Pontebba. Pass a bridge and, under the motorway viaduct, turn right following a paved road that continues under the highway. We continue on this road towards the valley. The road becomes a dirt road but in good condition and continues to a clearing.

On site continue towards the Falesia Rio degli Uccelli and follow a sign indicating the attack of the nearby Via Ferrata (5 'from the car) on the right orographic side of the stream that we reach after some ropes fixed a few meters above the stream bed .

Next to the metal slab commemorative, vertical part the metal cable. Already from thestart of the Via Ferrata it is clear that the climb will be vertical and athletic. The first meters are vertical on fairly smooth rock that crosses to the right, directing us towards a small terrace from which one starts short ledge to the right. In short it stops and you have to face a demanding horizontal traverse where the scarcity of supports for the feet will be the main difficulty. The traverse is about 6-8 meters and requires to go down a couple of meters after which the cable starts up again vertically and a couple of cambras allow you to climb with less effort than the transverse host. We climb these vertical meters assisted by some brackets and we are in a short stretch of supported connection. Be careful not to shake stones that would inevitably fall on those who are climbing the first stretch just traveled.

We walk along a short ledge to the left and continue on the ferrata which leads to a obvious dihedral. We initially climb to the right of the back and then cross it and position ourselves to the left where we climb vertically but without substantial difficulties helped also by many changes. We reach an overhanging step in which it will be worthwhile to face it with determination and to climb it quickly, above all for the change of carabiner that will take place in a decisive overhang. Once we have climbed the overhanging pass we are in a strong position on a vertical wall assisted by a large number of changing bags that can be used to rest.

Once the vertical wall is finished, we move on good rock that is well attached to the left to face a beautiful vertical wall. The cable continues to our left and we go up a nice corner that leads us to one series of easy steps supported. After these easy meters, the road starts up again vertically, challenging for a few meters until you reach a stretch of equipped path among the pines. The path leads to a pulpit as a detour.

The via ferrata starts again with a traverse to the left slightly downhill (watch out for the mobile stones). After the traverse downhill we face one uphill to the left not difficult but in slight overhang. In fact we reach an edge from which begins a long section of descent equipped on plaque. The plaque is not difficult although it requires a minimum of attention to find the supports for the feet. We then reach the end of the via ferrata (ca 1h 30 'from the attack).

Follow the trail of the path that is used for climbing routes that develop nearby (about 30 'from the end of the route - 2h total).

This recent via ferrata is unique in this area of Italy: it is a low-level, training and vertical via ferrata. It is a physical ferrata that requires strength to climb the most difficult points of the route. It does not reach any peak and develops in a valley next to many free climbing pitches. New fixtures and in excellent condition. Ferrata not to be underestimated with a long downhill stretch.

In this of the Friulia we are halfway between the Carnic Alps on the left and the Julian Alps on the right. Numerous are the possible aided routes. We report some of the most beautiful in the area:

For the Carnic Alps we suggest athletic and challenging tree ferratas: the Ferrata to the Clampil Tower, the Ferrata at Coglians and the Via Ferrata Senza Confini otherwise towards Tolmezzo the recent Via Ferrata la Farina del Diavolo a Villa Santina.

Images Ferrata Tenente Ferrante of Ruffano. The images included in the report were sent to us by the users of the site. If you are interested in sending us photos, use the form on the left or send them to our Facebook page. 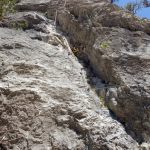 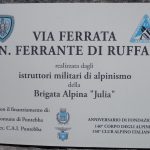 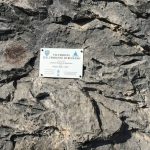 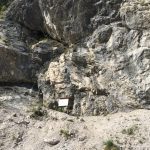 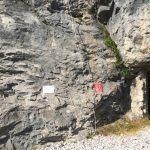 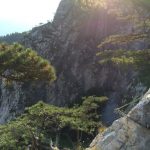 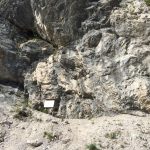 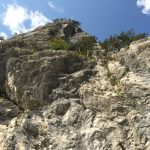 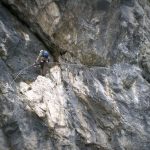