Review of the ascent to Monte Rest in the Carnic Prealps on the Pordenone side via the Ferrata Tramuntin. A very climbable and logical aided itinerary with only one demanding pass and many pleasant passages on which to proceed without pulling on the wire rope. Attention to the second stretch of the climb which, only partially aided, has unconventional and exposed passages in free.

The via ferrata is in 2020 in fairly good conditions however the path afterwards is in bad conditions. This suggests to not undertake the climb in case of uncertain weather, wet or unexperienced climbers. We advise having with you some rope and equipment to proceed at the end tied up in those parts of the hike where the path is aerial and not protected with wire anylonger.

The starting point of the itinerary is along the road that connects Tramonti di Sopra (Pordenone) with Ampezzo (Udine). Near a sharp bend to the left (coming from the south), we will notice a sign on a dark background with indications for the Palestra di Roccia and for the Ferrata del Tramuntin.

Leave the car near the sign and follow the sign and the track in the woods that, following a semicircle in a counterclockwise direction, leads us in about 30 minutes to the attack of the via ferrata, placed shortly after an obvious climbing route (nails and bolts) that goes up a gully and many other climbing routes of a crag with many possible routes (30 'from the parking lot).

The ferrata is beautiful and goes up a wild wall looking for the natural weaknesses of the rock. The route has a short development (about 100 m) but quite challenging. The beginning of the via ferrata is laid on rocks rich of obvious holds. After a few minutes, instead, you reach a first series of more challenging passages. You will traverse to the left with a single, more challenging pass. The route as a whole is very climbable and the rock, although sometimes unstable, is rich in opportunities for good holds. We go up the wide gully until the end of the aided parts (about 40 'from the start - ca 1h 15' from the car).

At the end of the via ferrata, probably the most challenging part of the trip begins. The path that connects us from the end of the route to Casera del Monte Rest is very steep and develops on rocks and potentially slippery stretches of grass that require a lot of attention. Go up the path, which is from time to time aided, following the red marks until you come out of the beech forest. We reach Casera di Monte Rest and from there we recommend the climb to the nearby summit of Monte Rest (1780 m - 4h ca total).

Reached Monte Rest we return backwards for the last stretch of the itinerary up to Casera Rest from which we continue in a north-north-west direction following the path with which we will lose altitude until we reach the asphalt road. Here we will have to alternate stretches along the road with stretches of the path that cuts the mountain up to return to the car park (2h from Monte Rest - 6h total).

This almost unknown via ferrata has remained so due to a dispute between the CAI of territorial jurisdiction and the CAI that installed it and because of this is not signed in the hiking maps and is not officially open although the state of maintenance is good.

Beware of stretches that are not aided both on the rock and on the lawn during the climb which, especially after rainfall, can become potentially dangerous and slippery.

The area is little traveled and the trip is pleasant especially for the isolated environment in which it takes place. This despite the low altitude at which it extends.

The Ferrata del Tramuntin is one of the two aided routes in the province of Pordenone. The other itinerary is theAlta Via dei Rondoi near the Monte Cavallo massif.

Going up towards Forni di Sopra we find two beautiful routes, very different from each other. There Ferrata Adventure Climb at the Clap Varmost it is an athletic and modern itinerary. There Via Ferrata Cassiopea at the Torrione Comici it is instead a long trip with a demanding and technical aided route both uphill and downhill. 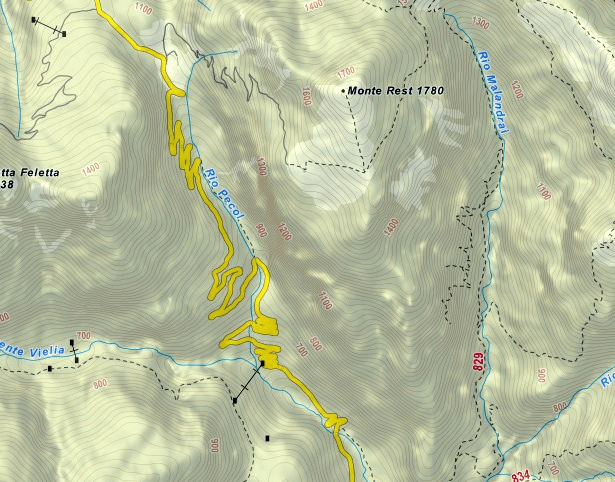 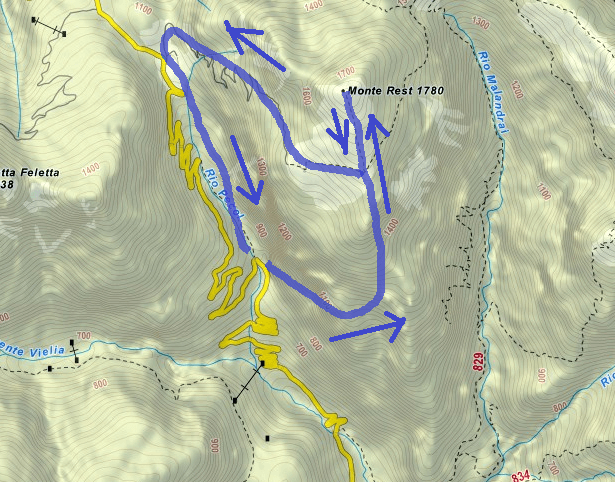 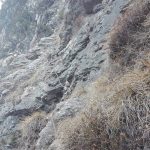 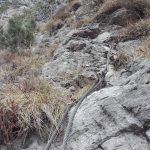 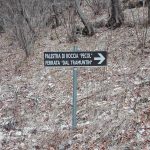 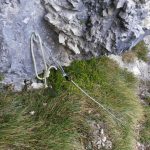 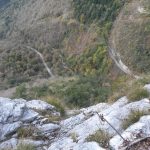 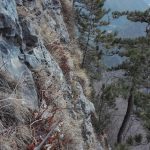