Via Ferrata of Volturara Irpina

The Via Ferrata of Volturare Irpina (also known as Ferrata di Maroia) is the first certified via ferrata in Campania and it was installed in 2019. The itinerary climbs a beautiful rock wall aided also with grags and some multipitche routes that make a pleasant trip all around. Specifically, the via ferrata offers an easy level basic route, a moderately difficult variant and an extremely difficult variant with some overhangs to be tackled with a certain athletic spirit. The route develops in a very beautiful context and in an area that is generally out of the touristy destinations and therefore absolutely to be discovered.

The starting point of the itinerary is the center of the village of Volturara Irpina in the province of Avellino. Coming from Avellino, follow the state road 7 and enter the village. From the center of the town the wall on which the route develops is clearly visible towards the south-east. Park in the center and then follow in the direction of the obvious wall.

From the center of the village we walk towards the wall reaching the intersection between Via Sibilla, Via Candragone and Via Pasquale de Feo. From there we will notice a small road that continues towards the wall. We follow the signs, ignoring the multipitch routes on the left, and continue straight towards the via ferrata which starts on the left after a few meters (10 'from the town center).

This route can be classified as "Easy" and includes two obligatory sections: the beginning and the end of the via ferrata. The road begins with a ramp to the right that leads us to the base of a very jagged edge to be nicely climbed using many natural holds present to then go down a couple of meters to the left on an easy and exposed traverse with a beautiful view of the underlying village. We walk this beautiful passage using the supports for the feet and we reach the momentary end of the equipment.

To the right the red and black paths continue. The blue path instead continues to the left on a path that goes up into the woods. In this section we find an escape route. If we continue uphill on the path we will meet again the aided section to conclude the via ferrata with a series of ledges and easy jumps that lead us to the summit ridge where the via ferrata ends.

From the crossroads with the blue path we keep the right along awide earthy ledge. We will reach the black route attack (description below) and we ignore it until we reach the sign indicating the red route beginning. We initially climb to the left on some easy steps and, after a few meters which are not difficult and vertical, we begin a demanding diagonal traverse to the right. The traverse alternates well aided sections with a couple of more delicate points where the rope will help. We therefore reach a overhanging stretch: the cable starts vertically and will need an athletic jump, however not very difficult, to overtake the bulging. We continue now on beautiful compact rock to the right and then vertically. This part begins to offer a beautiful exposure and some challenging but pleasant passages. We continue until we reach an earthy terrace where the black path joins from the left. Now the route becomes less demanding and with a beautiful vertical progression you will join the blue path with which we will finish the via ferrata.

As indicated above, the black variant begins on the ledge where the blue path and red path divides. The route is not long however hard and athletic in its passages. It is to be considered Extremely Difficult in its overhung part. The beginning is without significant difficulties. We climb a first rocky jump then a ledge towards righe until we reach the hardest part of the route. We climb a series of hard and overhanging walls. The Extremely Difficult part of the route does not last long but it+s on a well-defined roof and we reccomend to proceed fast and resolute to avoid coming into strenght run-out. Coming out of the hard parts signs almost the end of this route with just a few difficult passages until we meet the red route coming from the left.

The Via Ferrata di Volturara is the first real via ferrata installed in Campania. To reach other via ferratas you can move north or south: 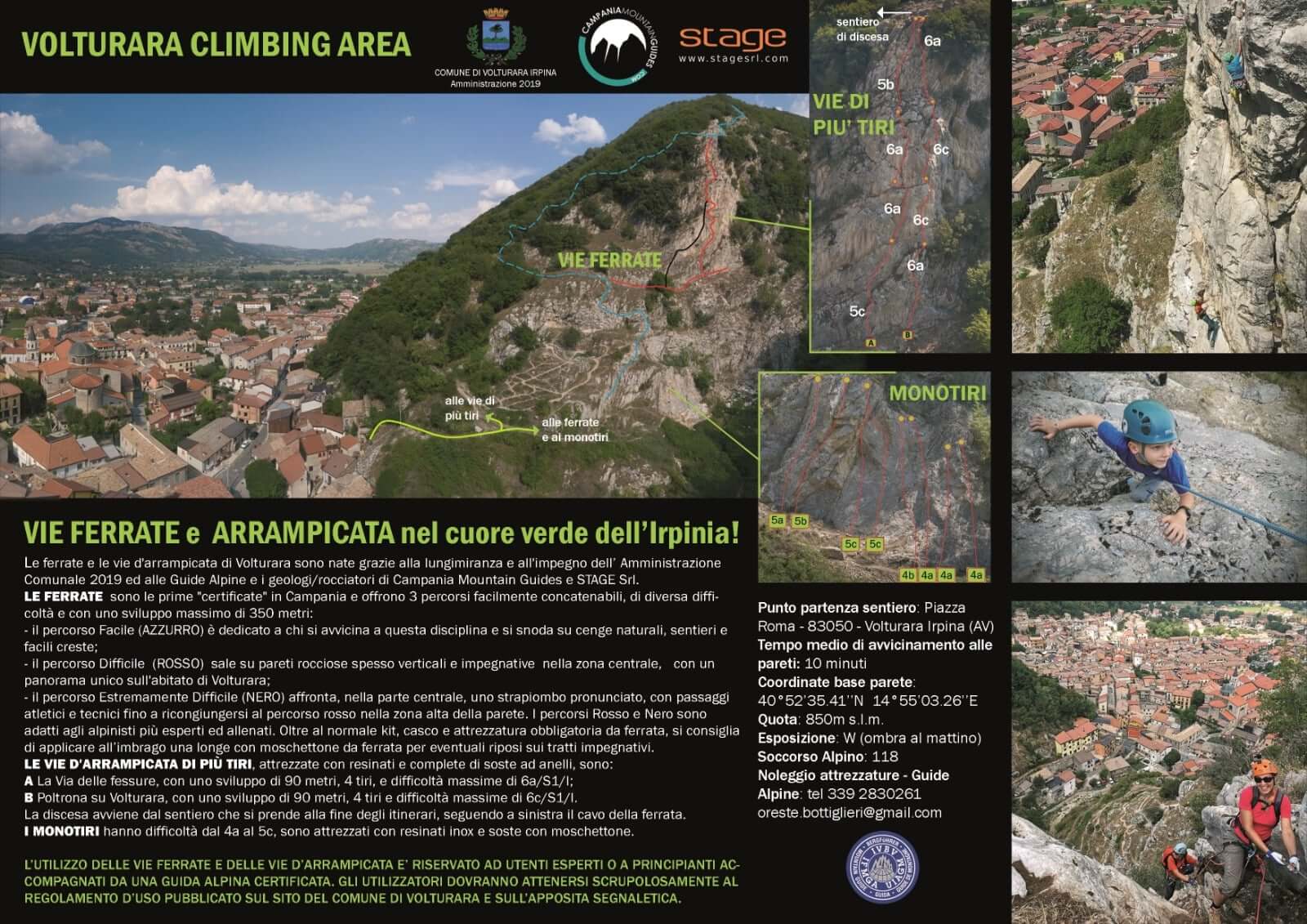 Images Ferrata of Volturara Irpina. The images included in the report were sent to us by the users of the site. If you are interested in sending us photos, use the form on the left or send them to our Facebook page. 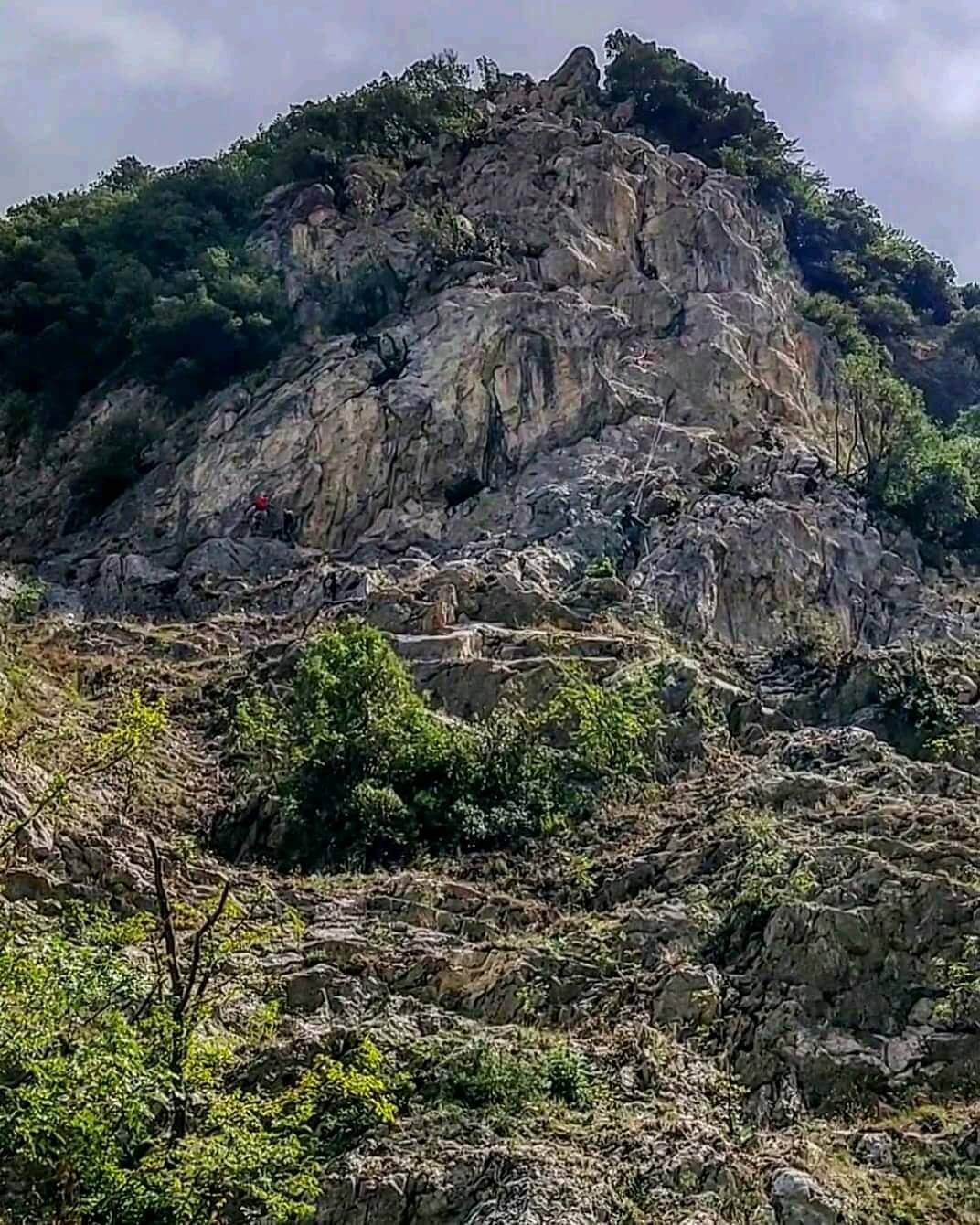 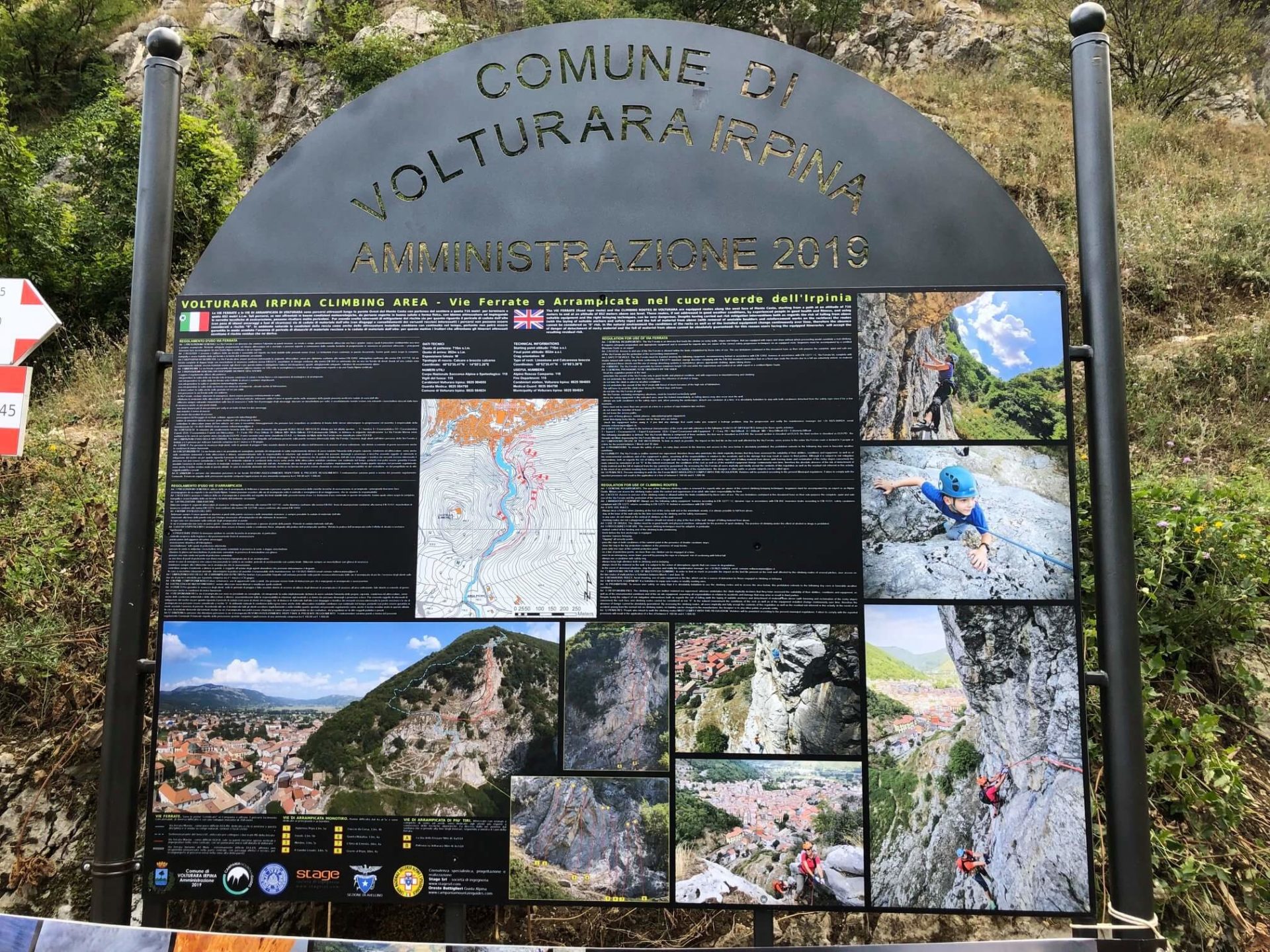 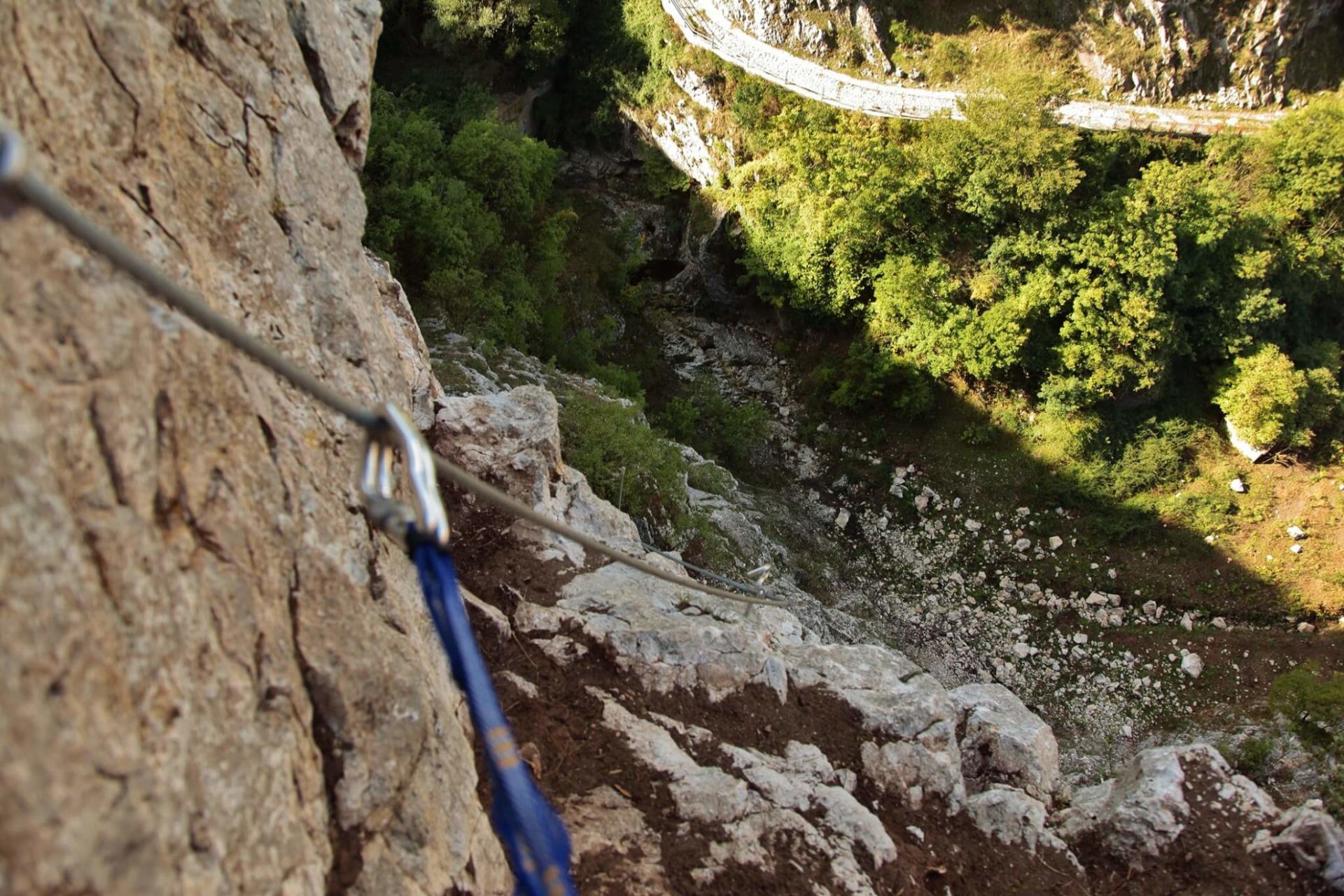 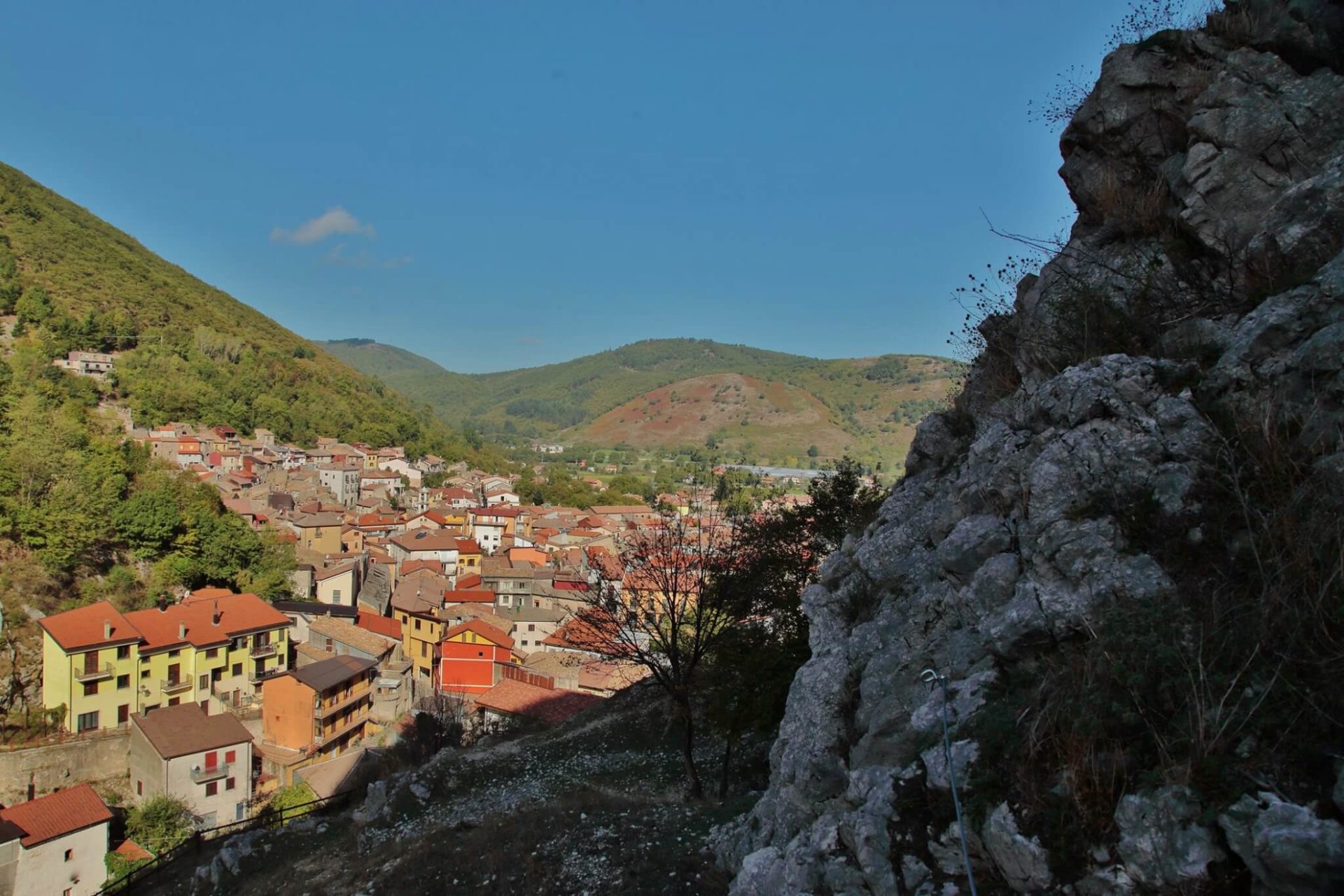 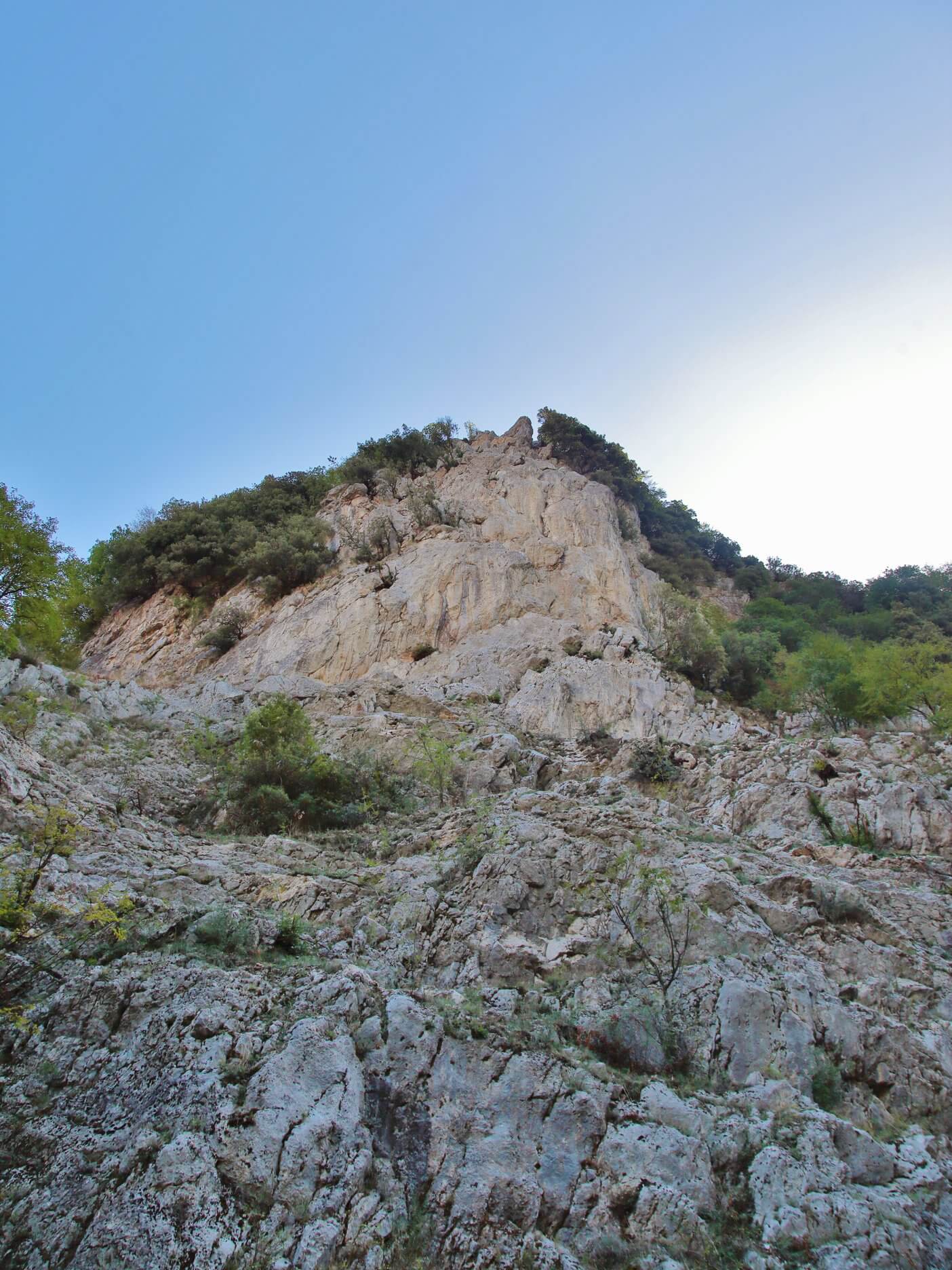 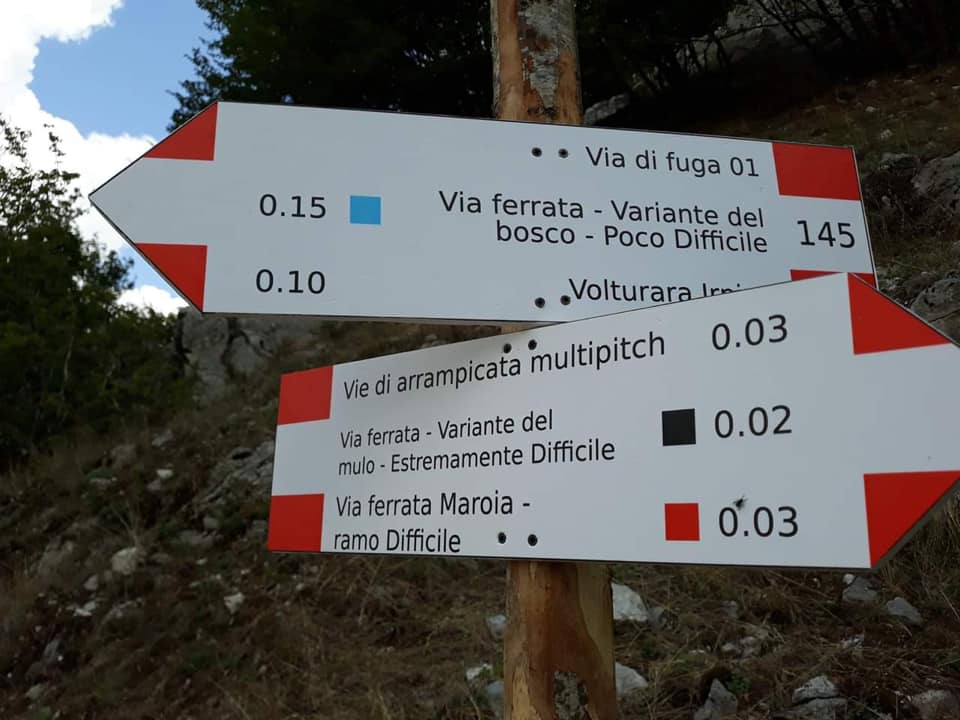 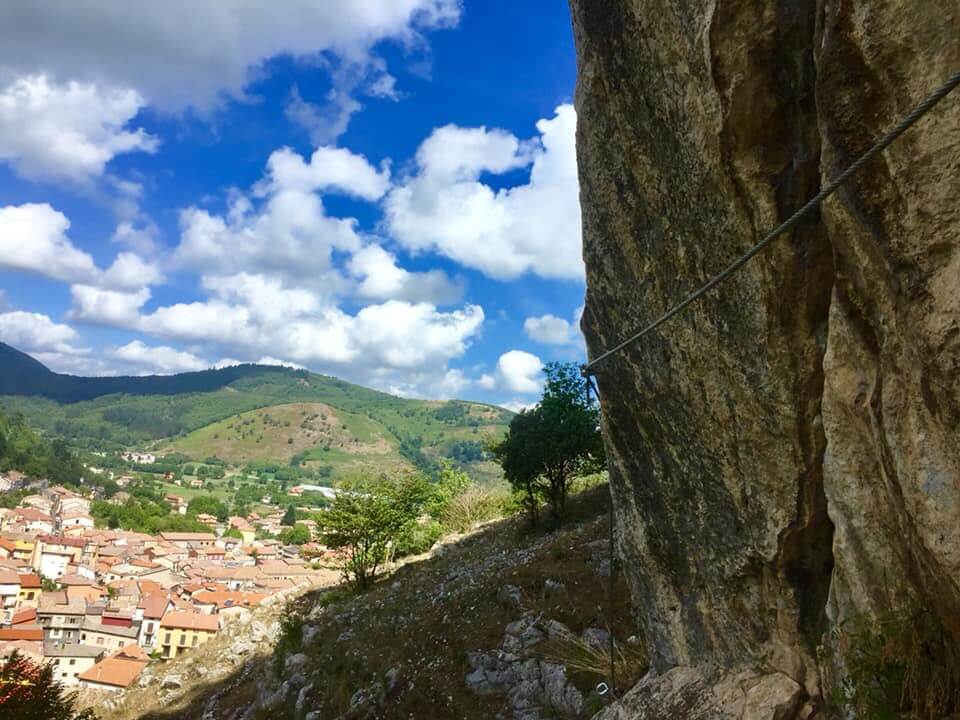 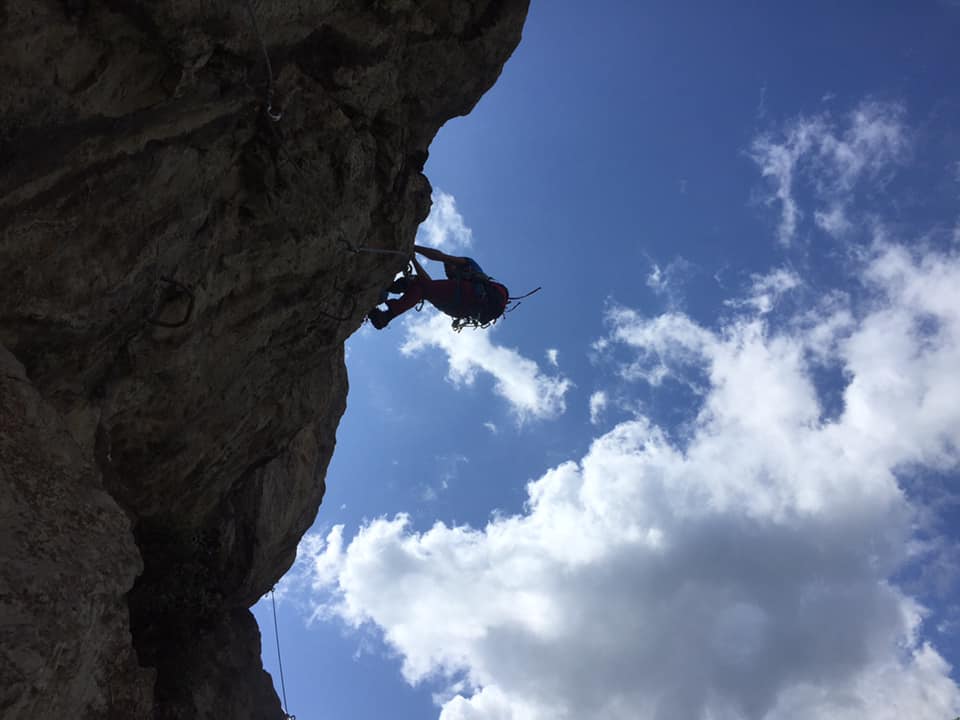 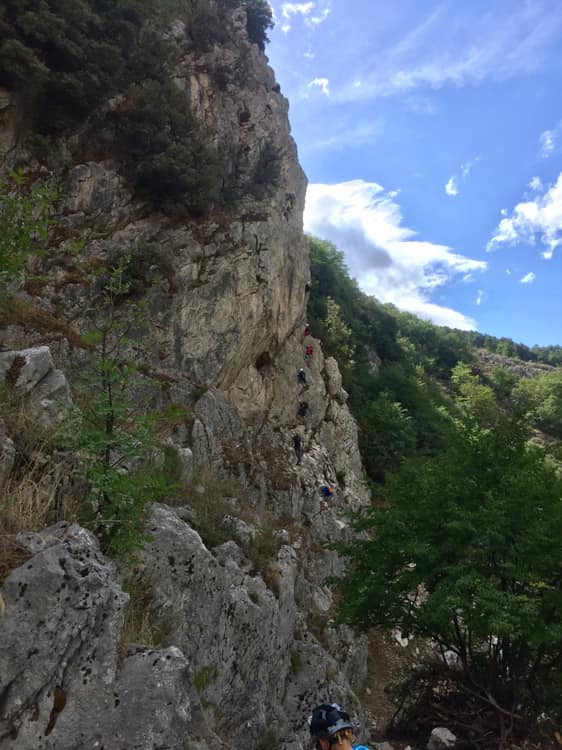 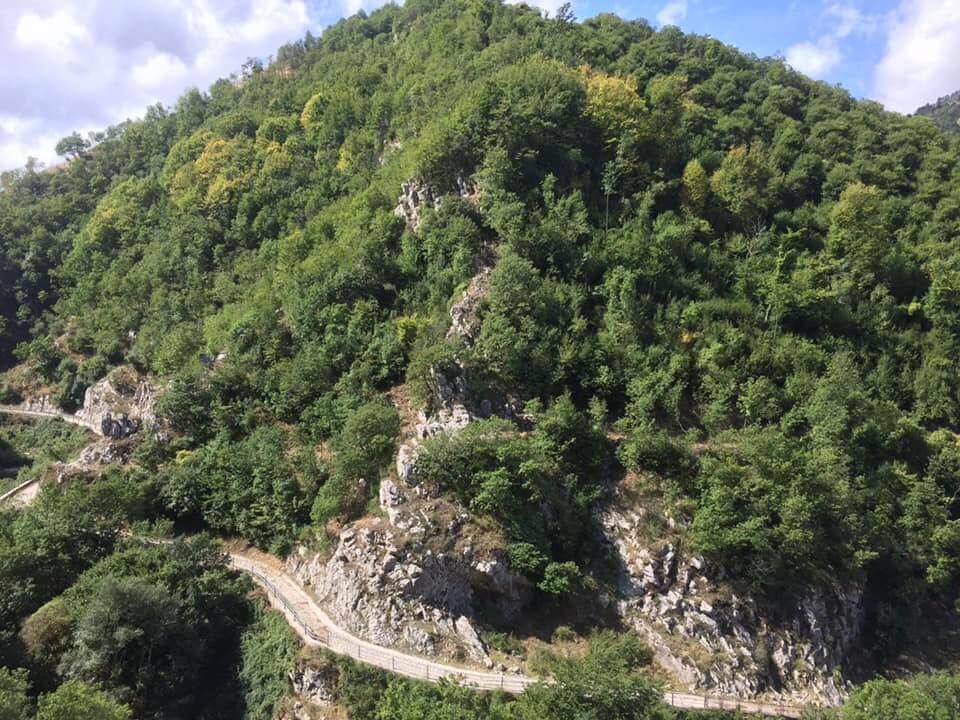 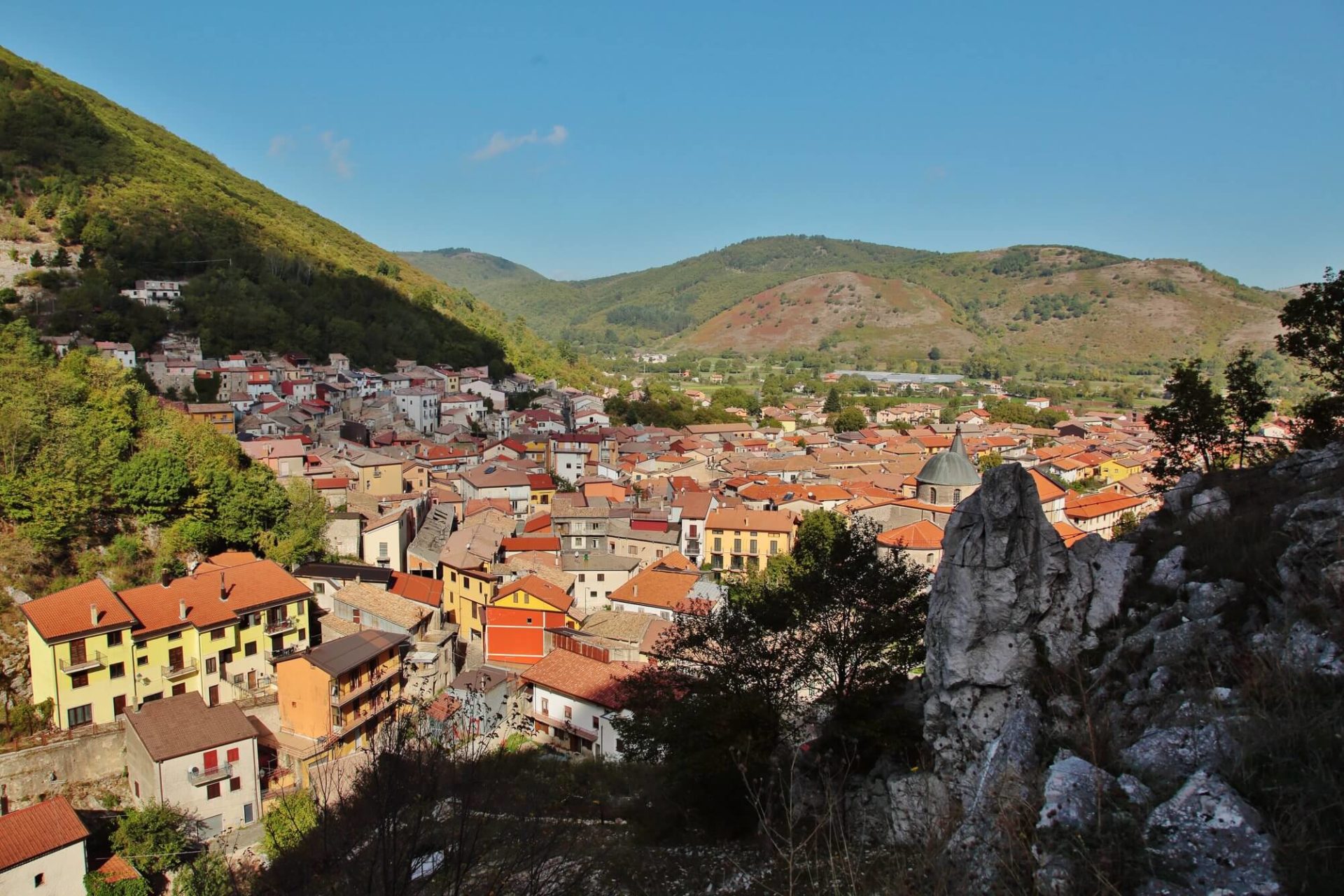 Webcam Ferrata of Volturara Irpina in the locality of Avellino Monte Partenio.