Aided path of the Alpini to Punta d'Albiolo

The Sentiero degli Alpini connects the Forcella del Montozzo to the Passo dei Contrabbandieri. More than a via ferrata, it is an exposed aided path of modest difficulty. The cable is mainly useful if the ground is wet or in a couple of exposed cross beams to infuse security along the progression. The report is presented in the sense from Forcella del Montozzo to Passo dei Contrabbandieri, although it is quite common to follow it also in the opposite direction. The climb to Punta d'Albiolo is optional but recommended.

The starting point of the itinerary is the village of Case di Viso in province of Brescia near the Tonale Pass. Directions for Google Maps available here.

Our report considers the climb from Case di Viso, however it is also possible to take the route from two different points:

From Case di Viso (1754 m) take the visible path n. 52 which in an hour and a half leads to the Bozzi Hut (2478 m), from which lengthening the walk of about twenty minutes one reaches the steeply Forcella del Montozzo (2613 m - 1h 45 '), starting point of the Sentiero degli Alpini, from where in the distance you see the Hut passed just before.

As mentioned, rather than a via ferrata, it is an aided path equipped with cables at some points along the route. The trail starts from the Forcella di Montozzo (2613 m) and ends at Passo dei Contrabbandieri (2679 m). Along the way you can make a small detour to reach the Torrione di Albiolo (2976 m).

The path has several exposed sections but with wide passages and, where these are narrower, they are equipped with cables. It starts from the side that looks down on valley of the Montozzo and Bozzi Hut and immediately meet different tunnels and shelters used by the Alpini during the WWI. The path is very steep and at times exposed. After some aided passages you reach a small saddle that leads to a splendid view on small lakes of Albiolo.

After others ledges and exposed passages we reach a sign which indicates to the right the continuation of the Sentiero degli Alpini towards Passo dei Contrabbandieri and on the other side - left - the detour to the Torrione di Albiolo. We take the second one in a few minutes and simple steps we reach the top of the Albiolino (with a small summit cross). Continuing to the left after a few steps we find ourselves facing the Albiolo tower, which presents a metal cable to help in the ascent to the summit cross (fallen).

Let's go back to the our steps, towards the last signposted, we resume the path of the Alpini that in about half an hour takes us to Passo dei Contrabbandieri, where we find one Shelter in the state of total abandonment (1h 30 'from the beginning of the Path of the Alpini - about 3h 30' total).

Anyone wishing to lengthen the route, in less than half an hour, can reach Cima Casaiole (2779 m) which offers a splendid panoramic balcony and other passages on walkways and trenches of the great war.

From the Passo dei Contrabbandieri the fastest return is following northwards towards the Bozzi Hut. We reach it in about 20/30 minutes (and from here return to Case di Viso 1h 15 'approximately) for a total of almost 5 hours of trip.

The natural route continues along the ridge of the Sentiero degli Alpini is the Ferrata of the Austrians that from Punta d'Albiolo leads to the Eastern Tonale. In this case the Passo dei Contrabbandieri is not immediately reached, therefore, compared to the above report, we will only partially walk along the Sentiero degli Alpini. This route is similar in environment but slightly more difficult than the Aided Path of the Alpini. If you opt for this route having reached the Eastern Tonale, you will have to descend on the southern slope to a first junction where we will keep the right, then again downhill and again the right at a crossroads until you reach Malga Valbiolo. From Malga Valbiolo you can see the Passo dei Contrabbandieri that we will reach with the path 111. From Passo dei Contrabbandieri the return to the car occours as in the report above.

The Ponte di Legno area is famous for the Ferrata Sentiero dei Fiori which develops on the southern slope of the Tonale Pass. The itinerary - long - is highly recommended. Descending along Val Camonica we also meet the Ferrata to the Corno del Grevo and the Ferrata at Pizzo Badile Camuno. Among the others Via ferrata in Brescia we recommend the Ferrata del Fregio, the Ferrata alla Corna delle Capre and Parco delle Fucine di Casto. 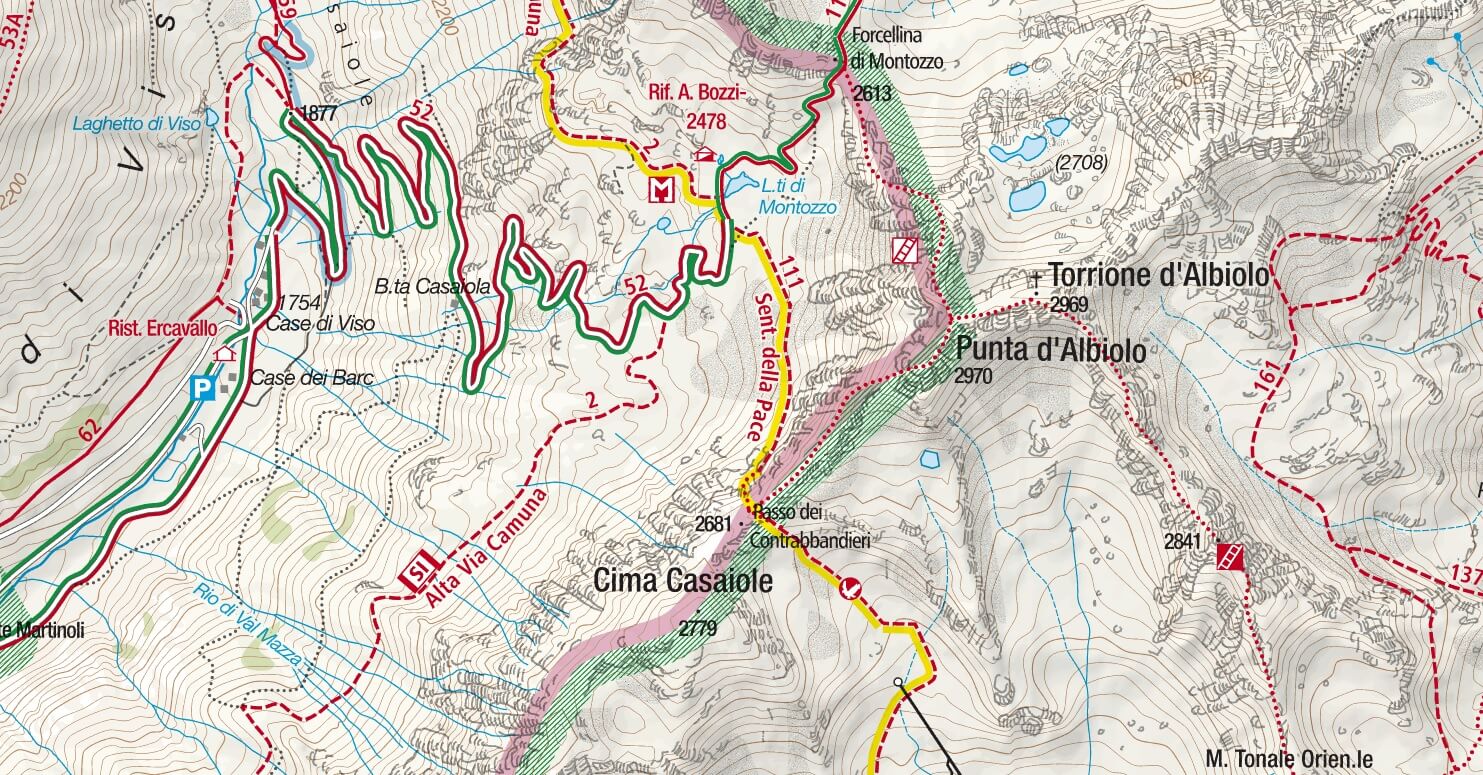 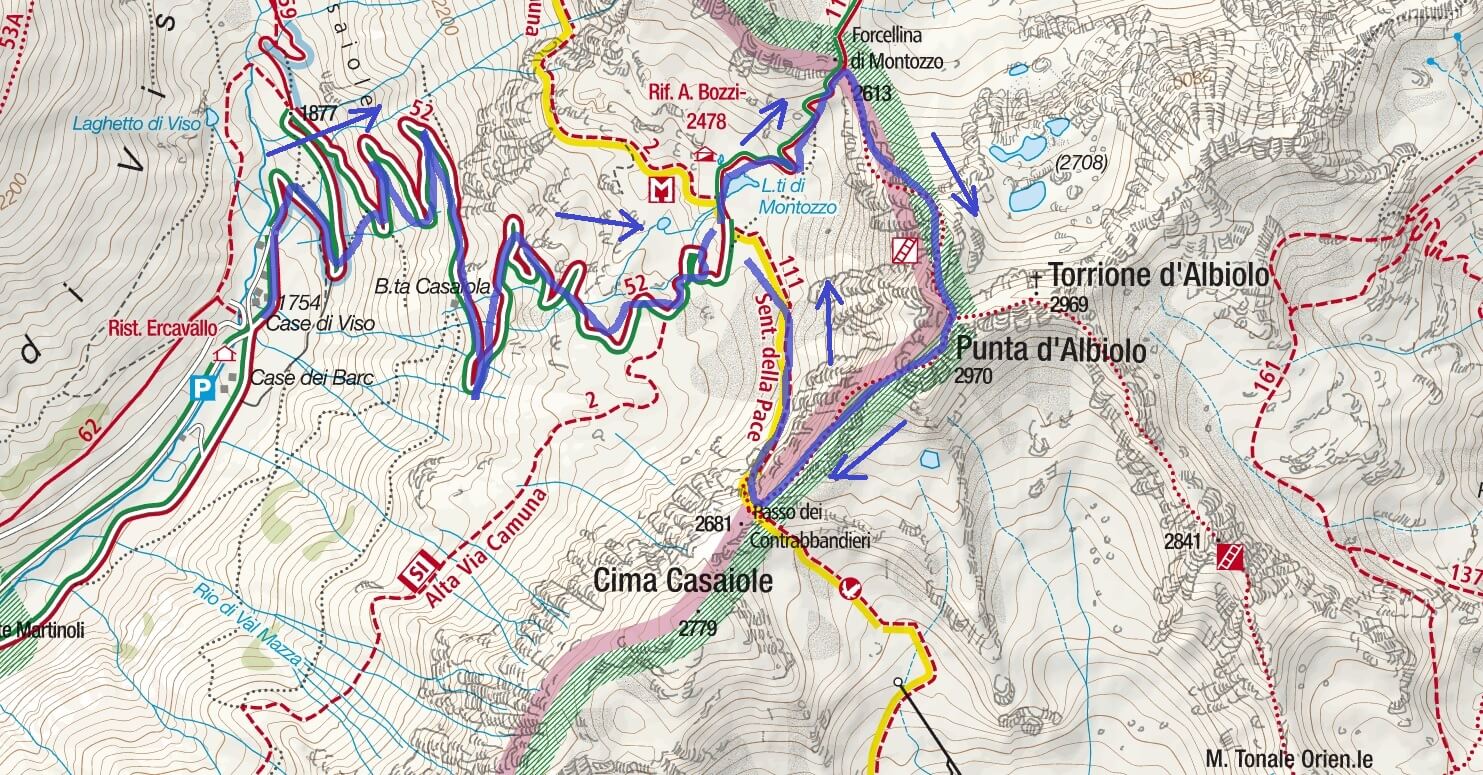 Pictures Equipped Trail of the Alpini at Punta d & #039; Albiolo. The images included in the report were sent to us by the users of the site. If you are interested in sending us photos, use the form on the left or send them to our Facebook page. 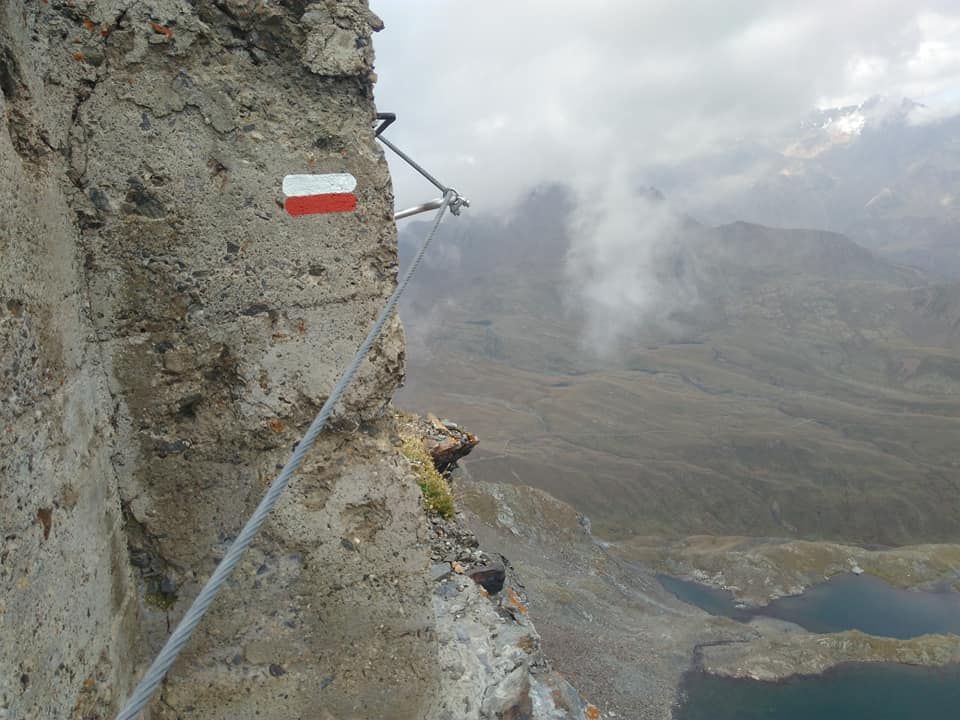 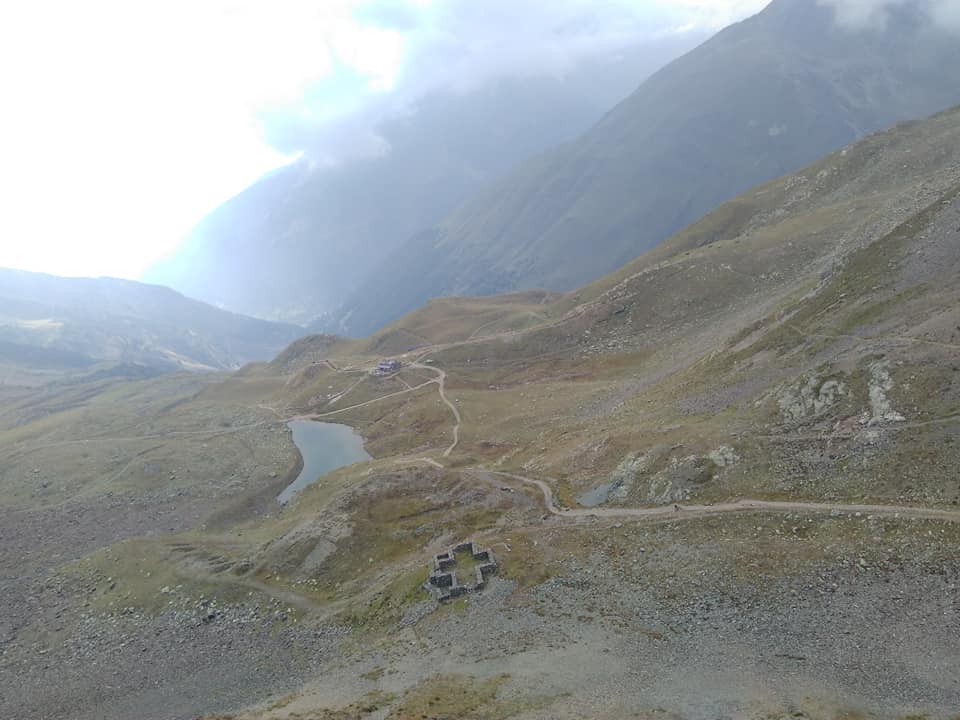 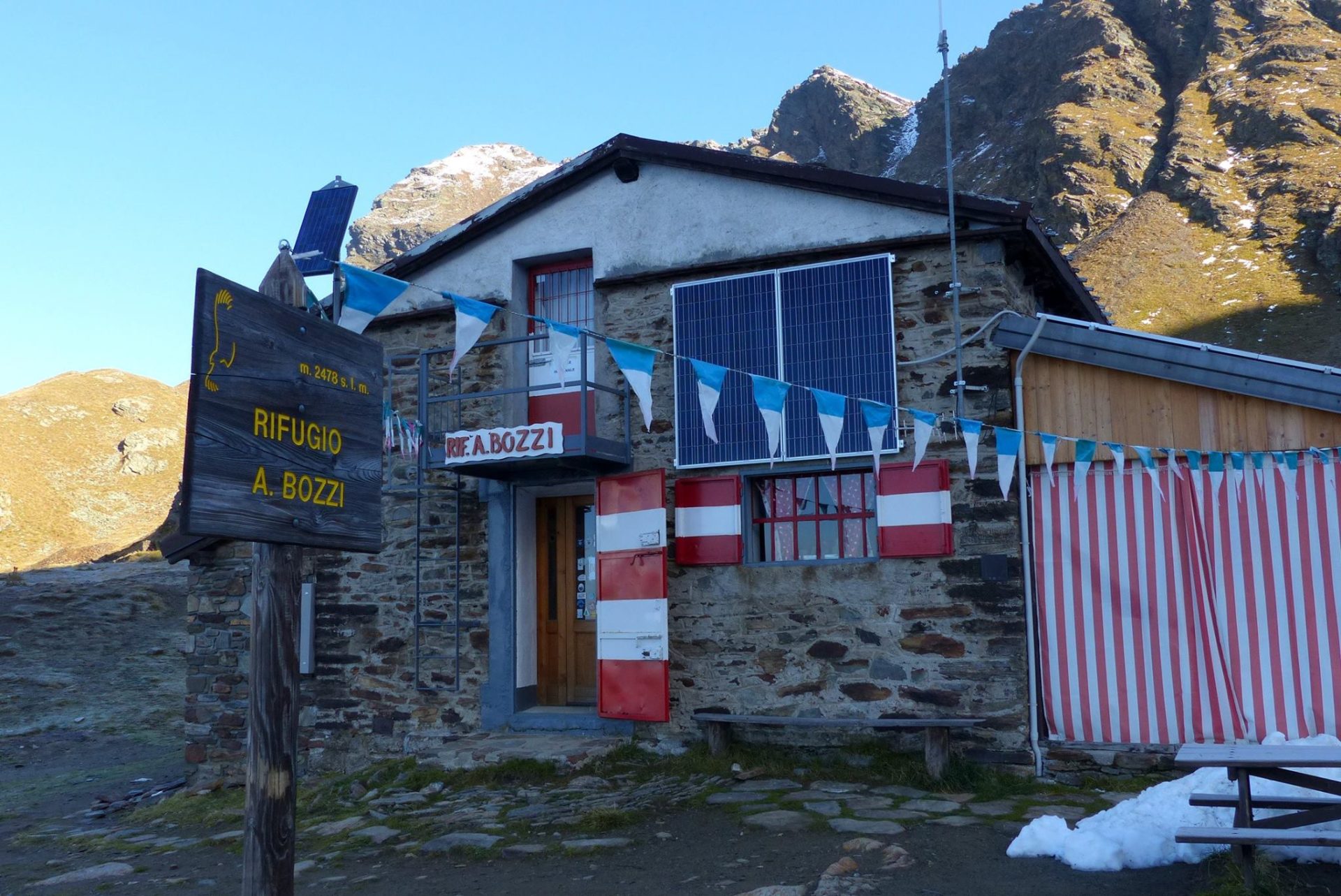 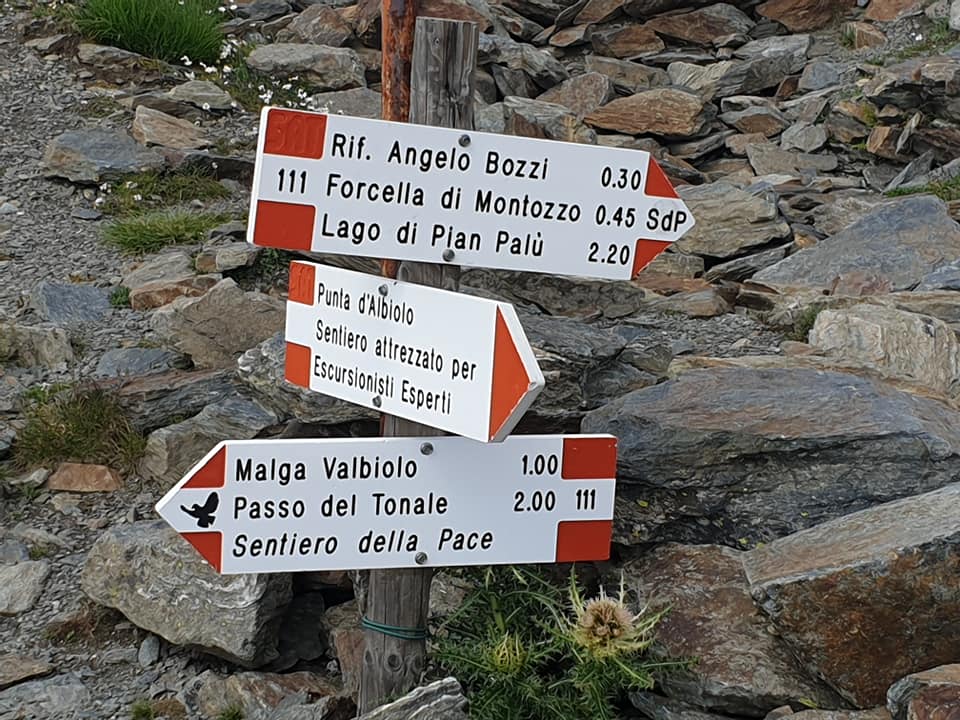 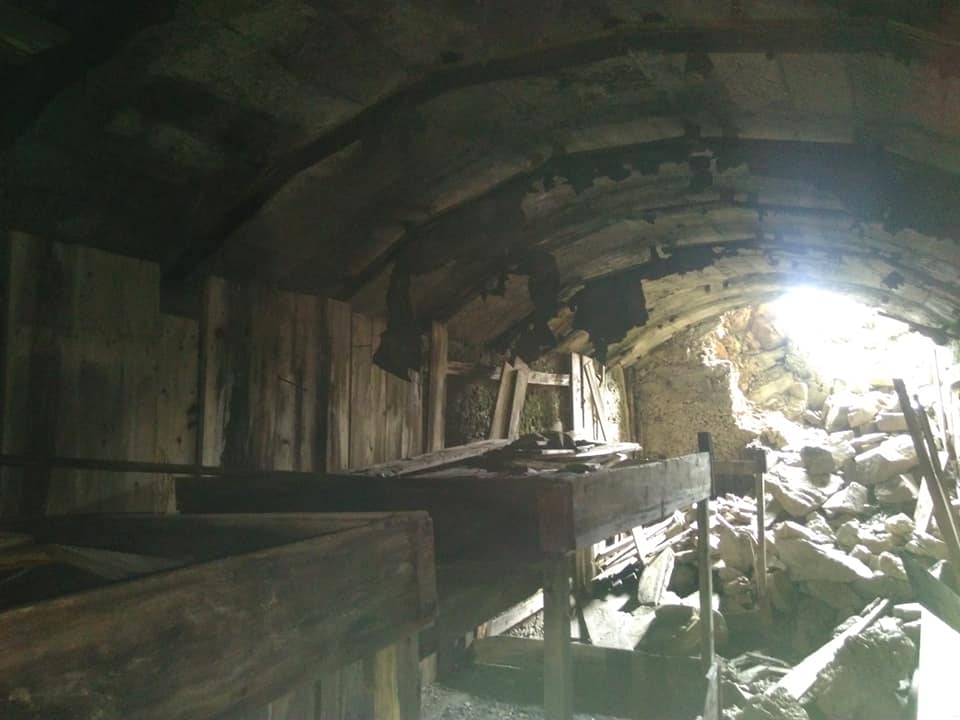 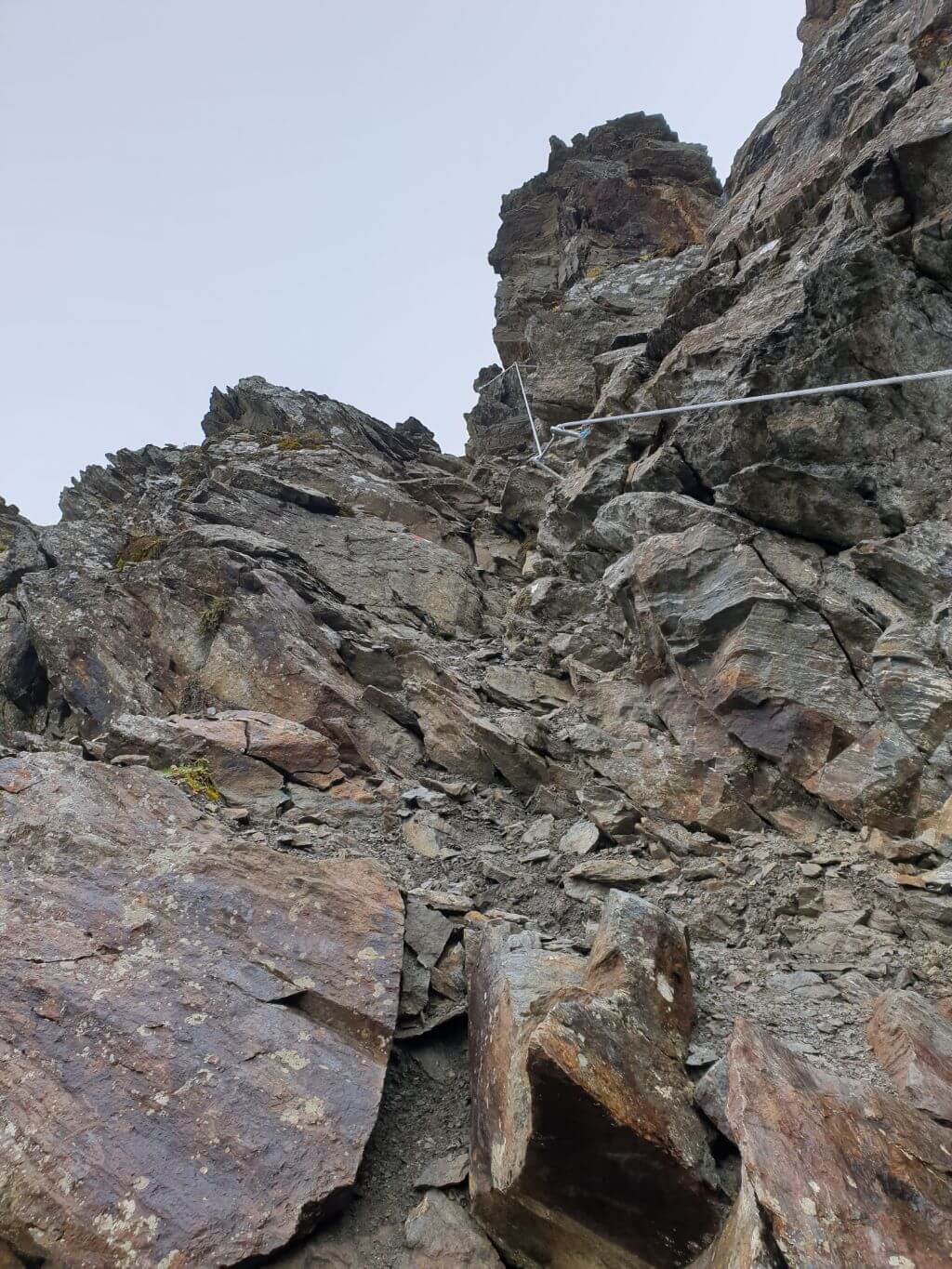 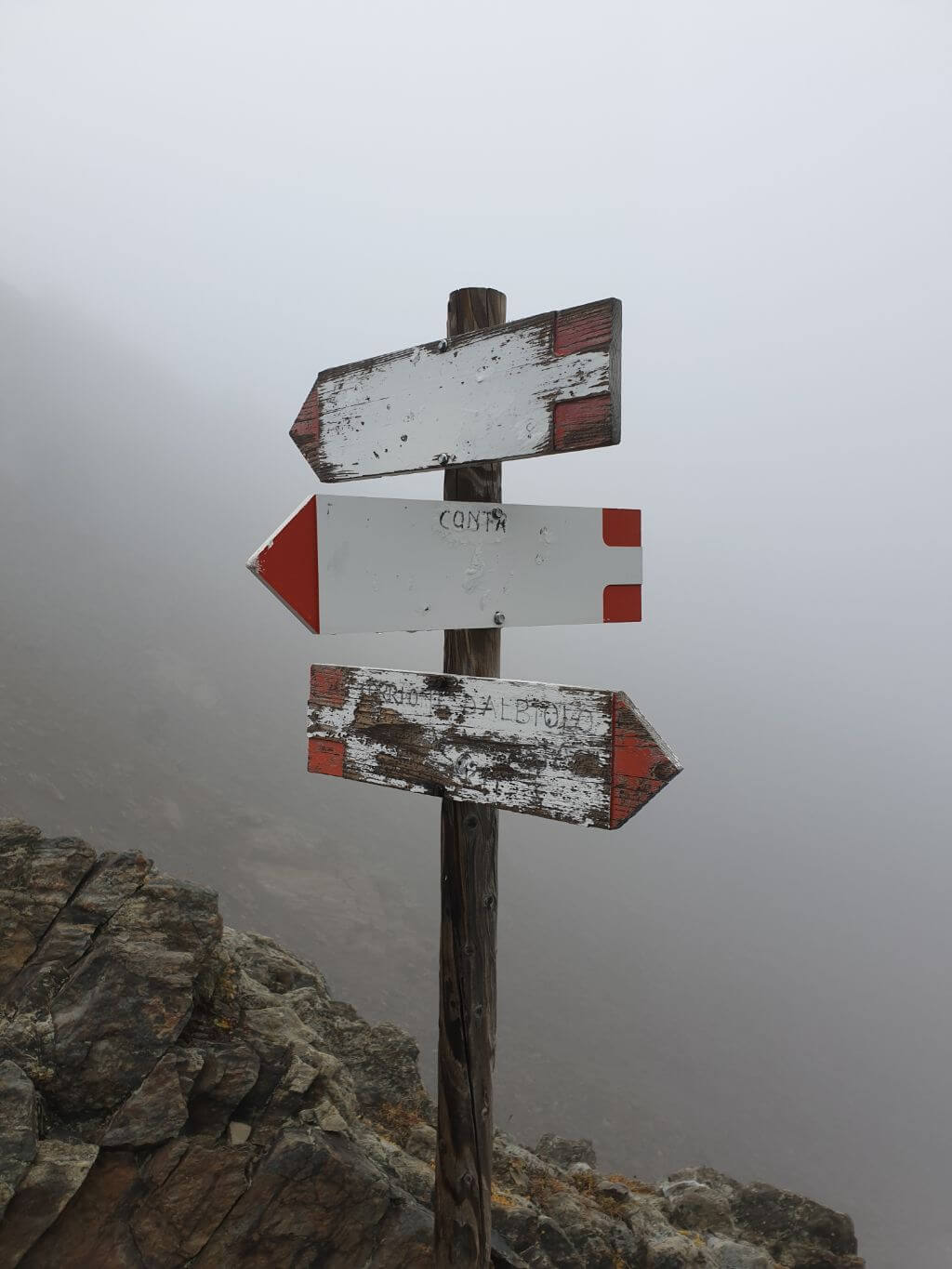 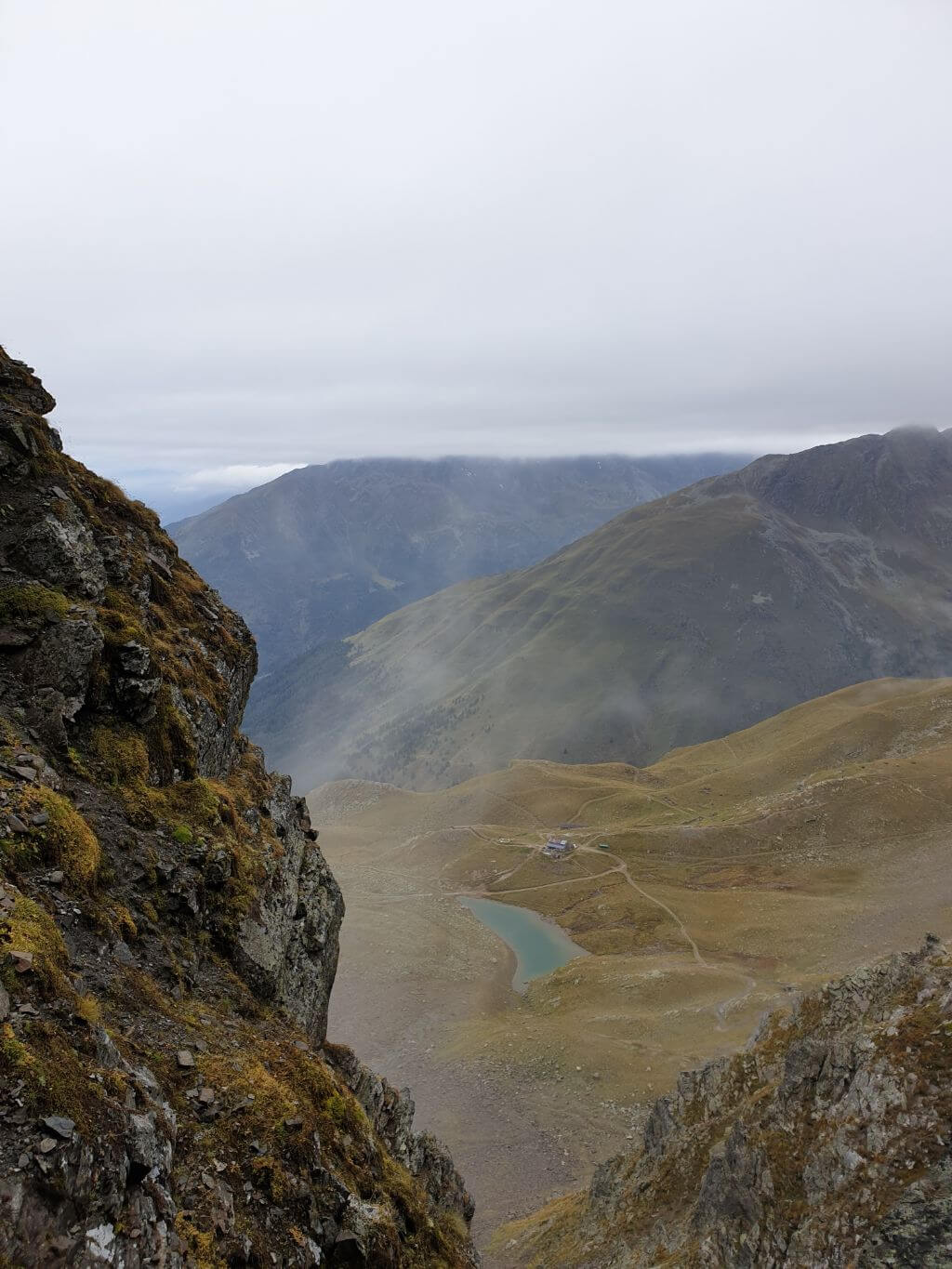 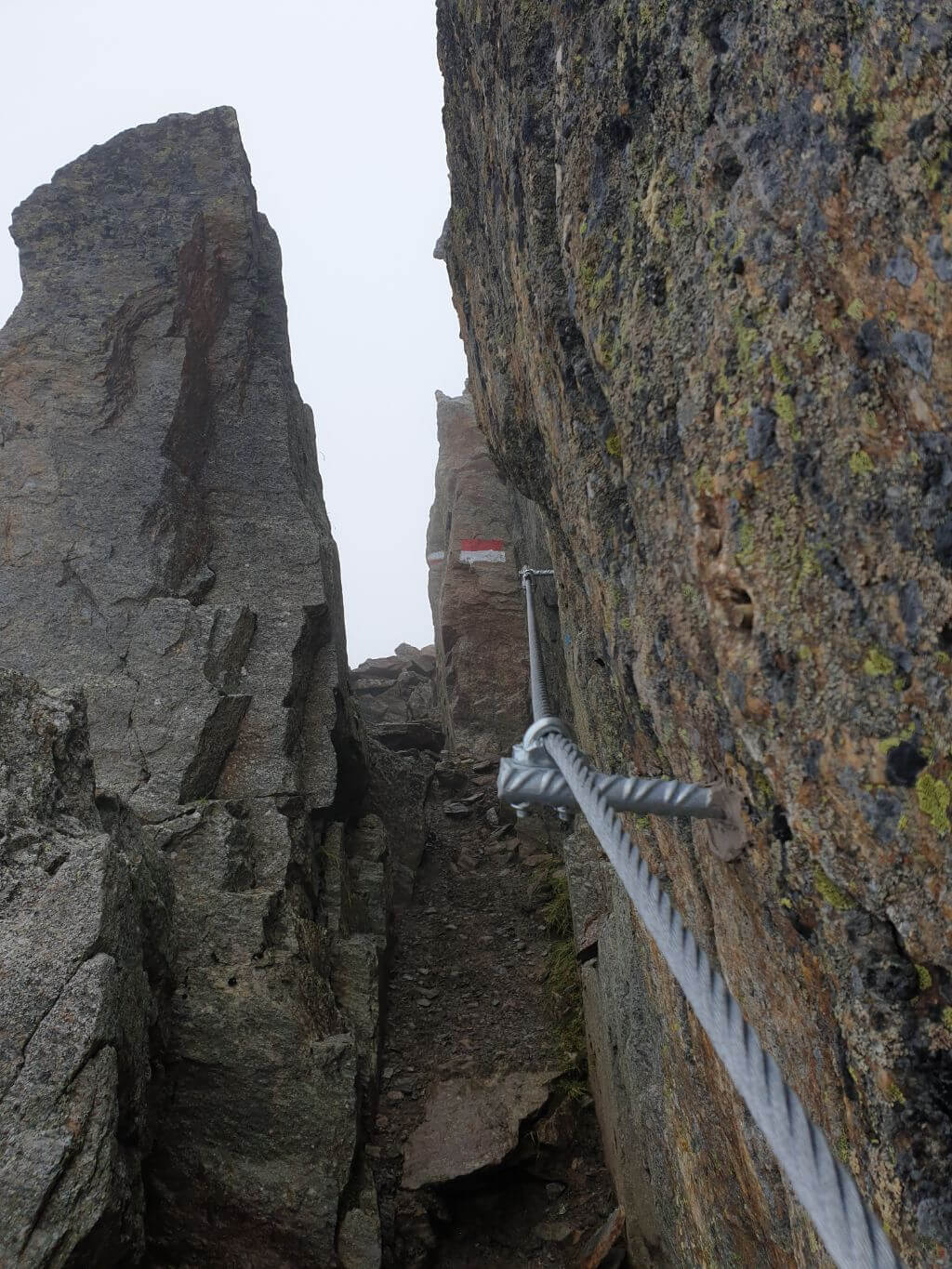 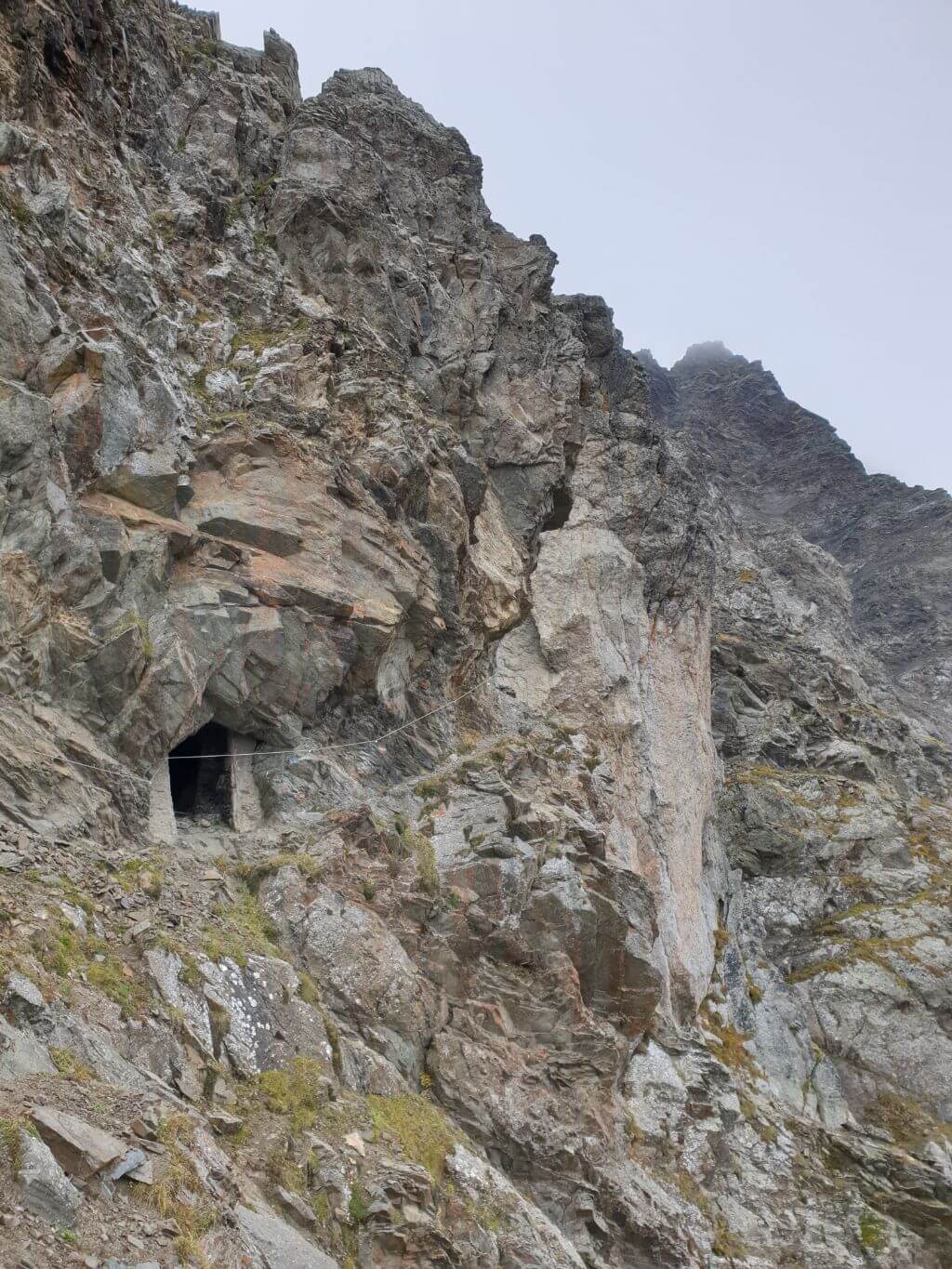 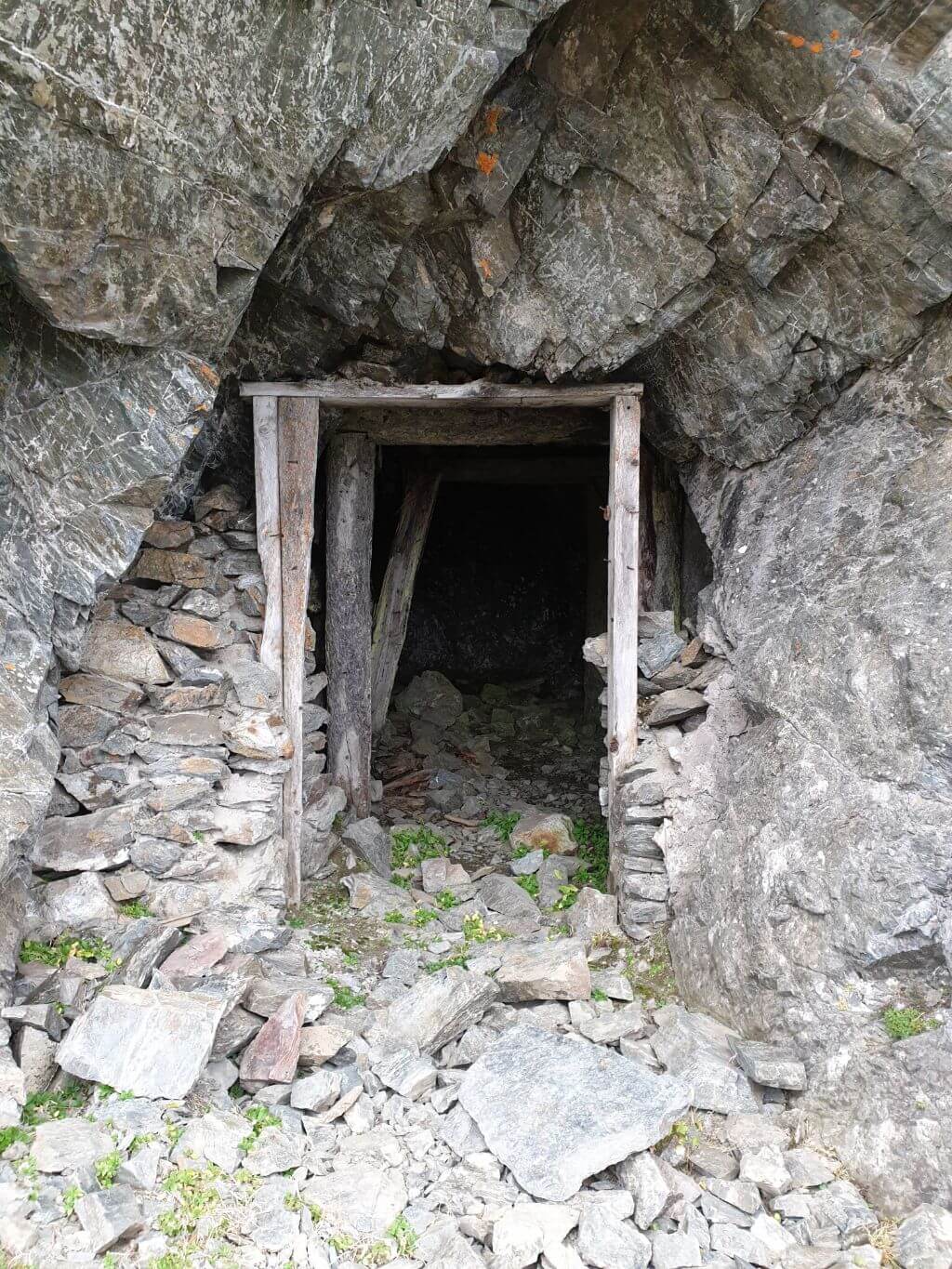 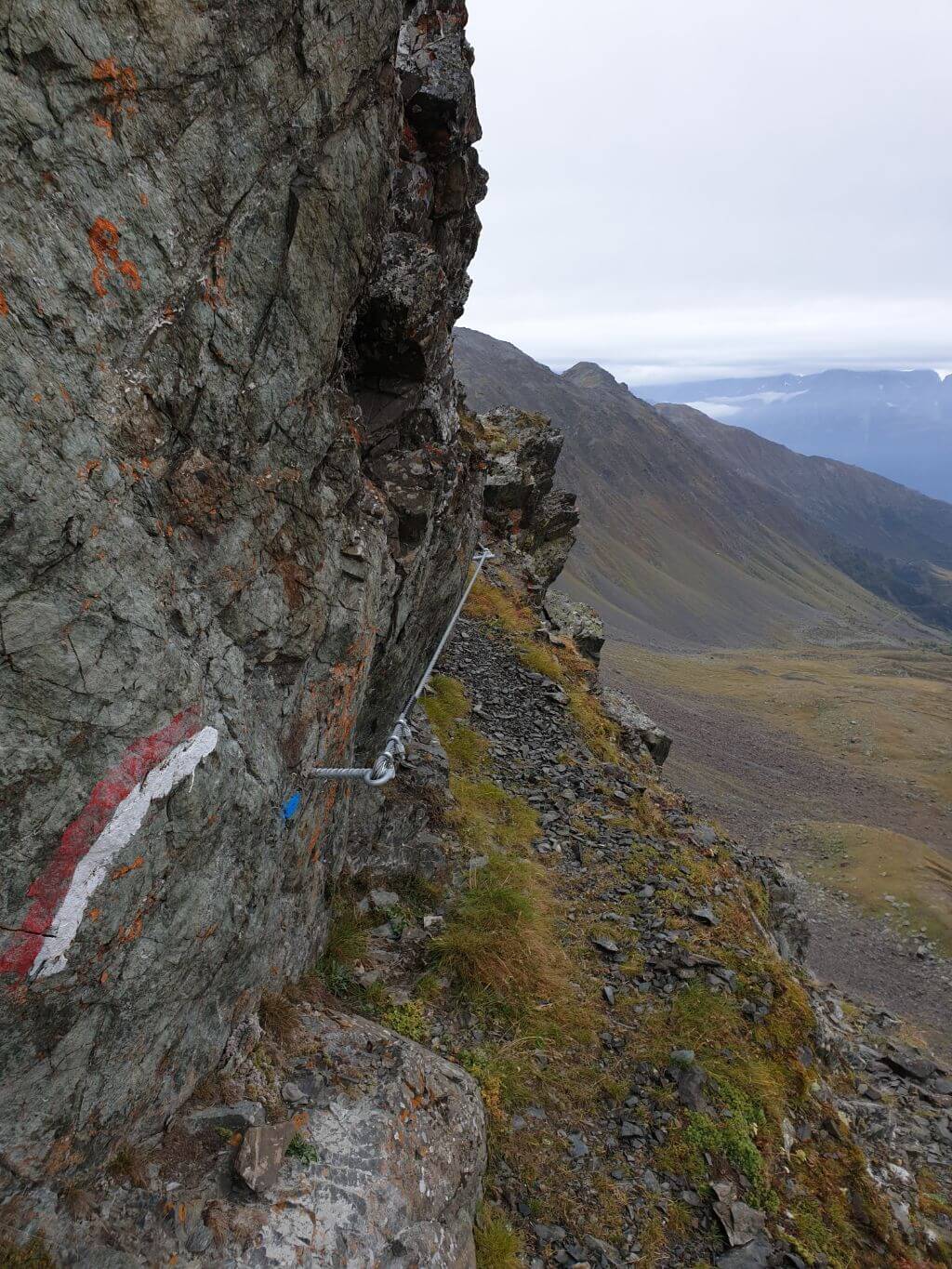 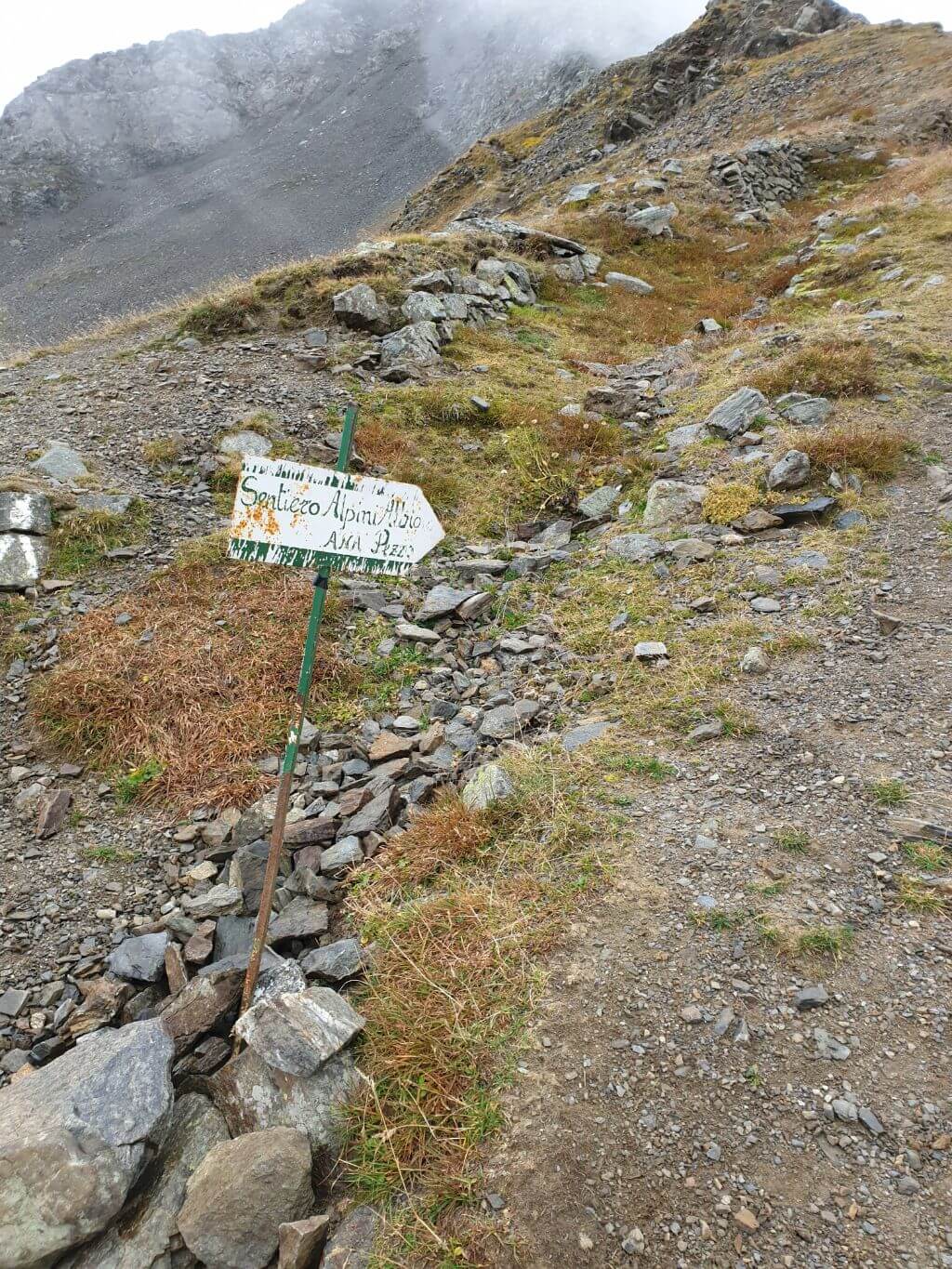 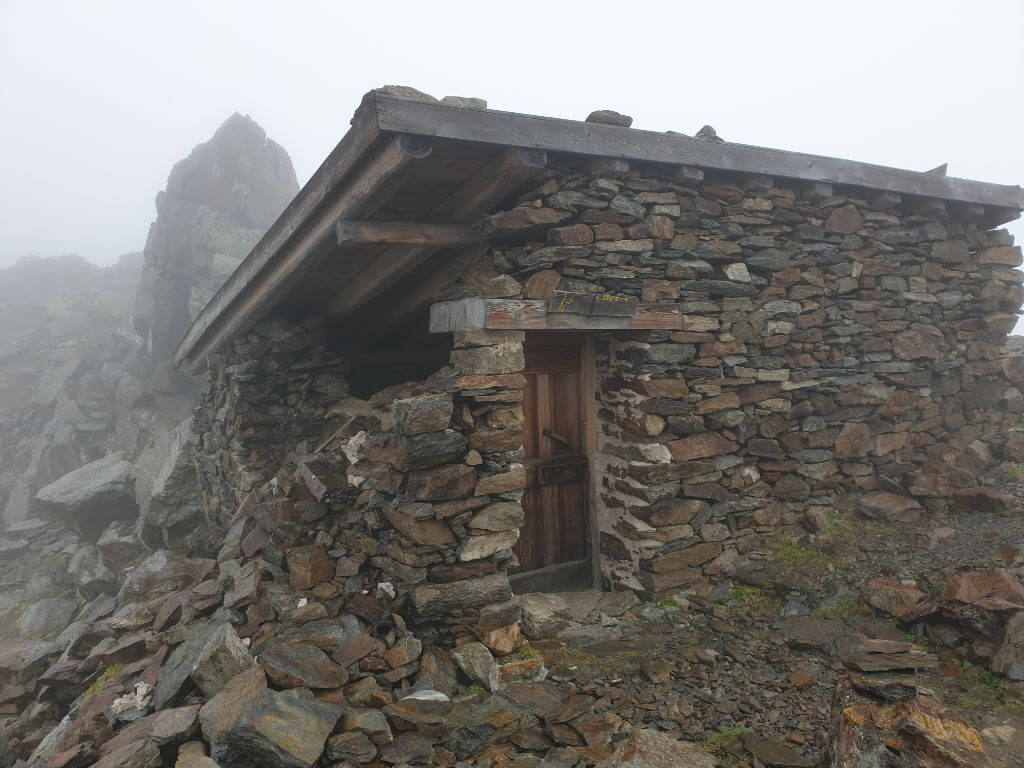 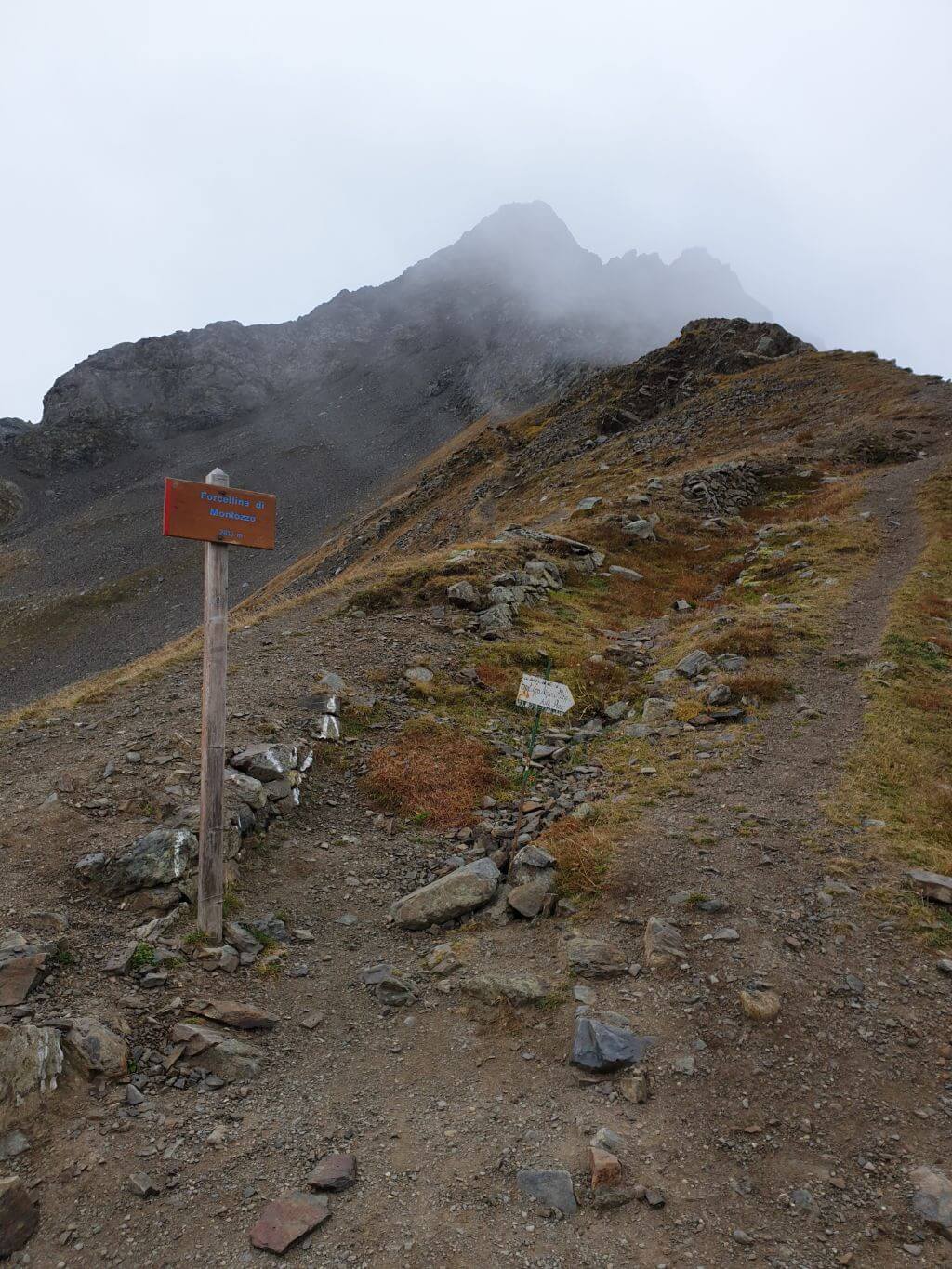 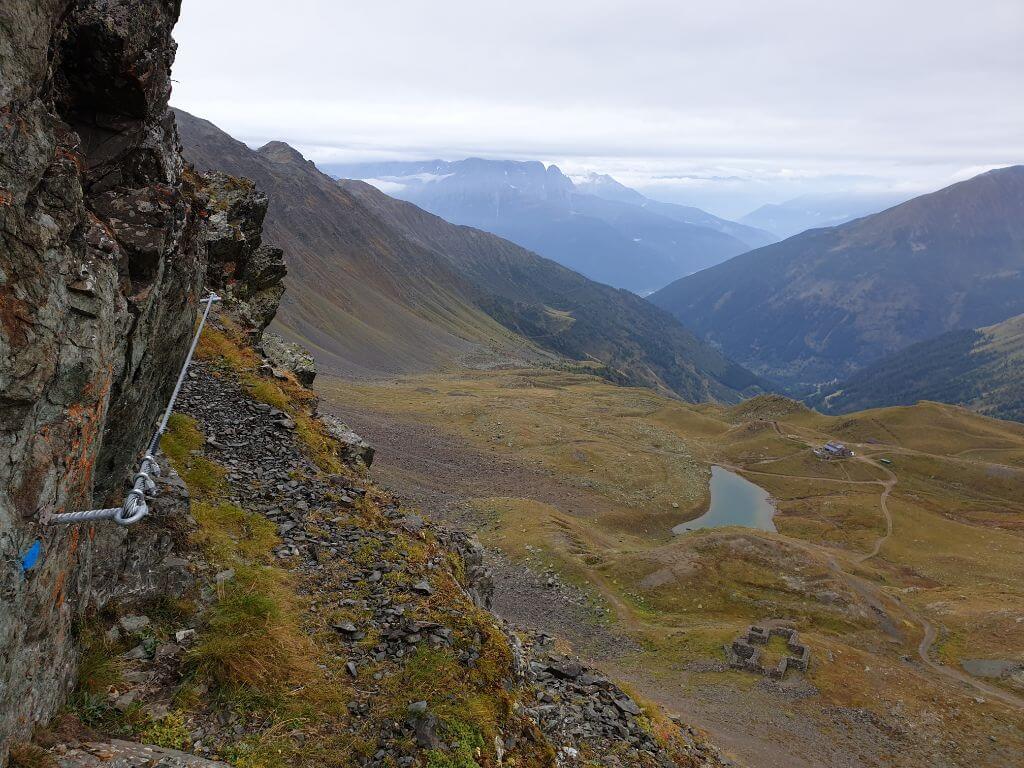 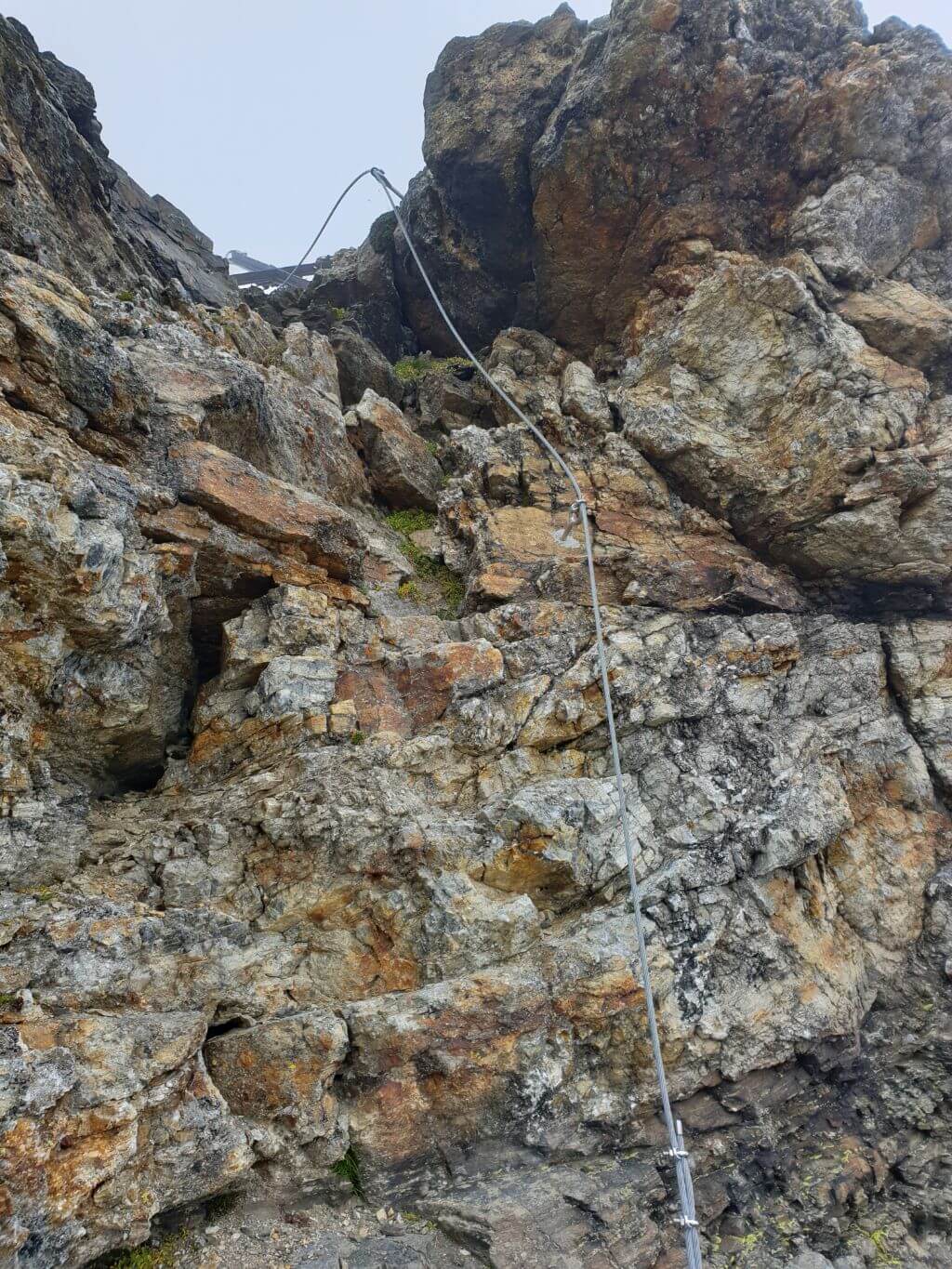 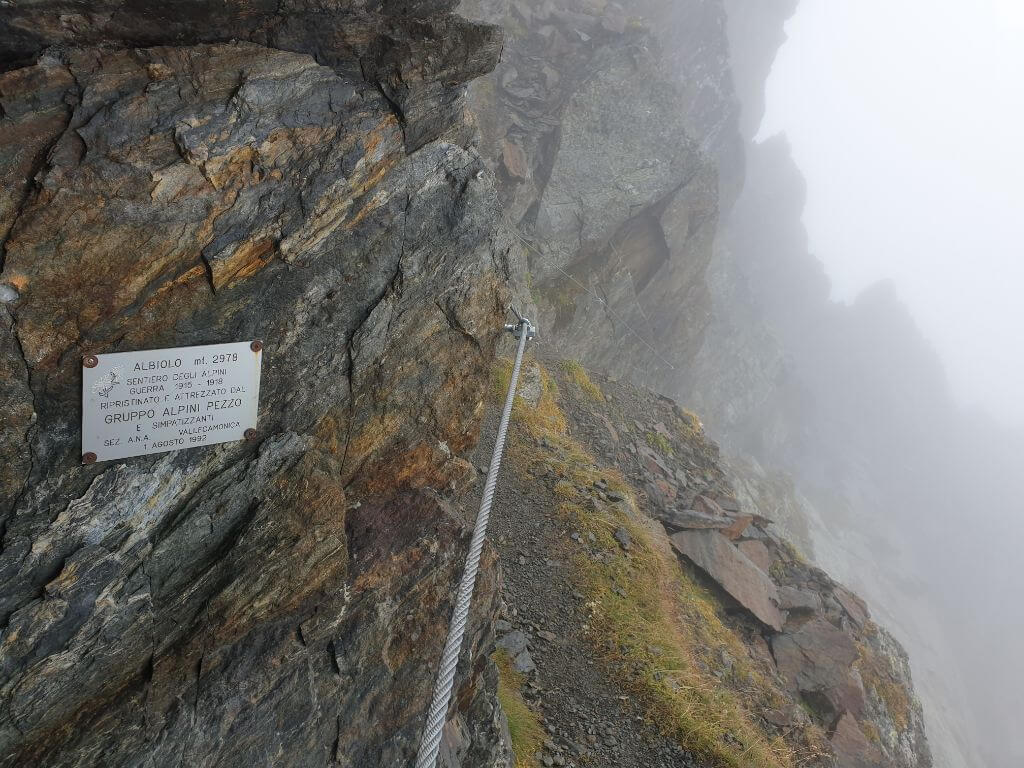 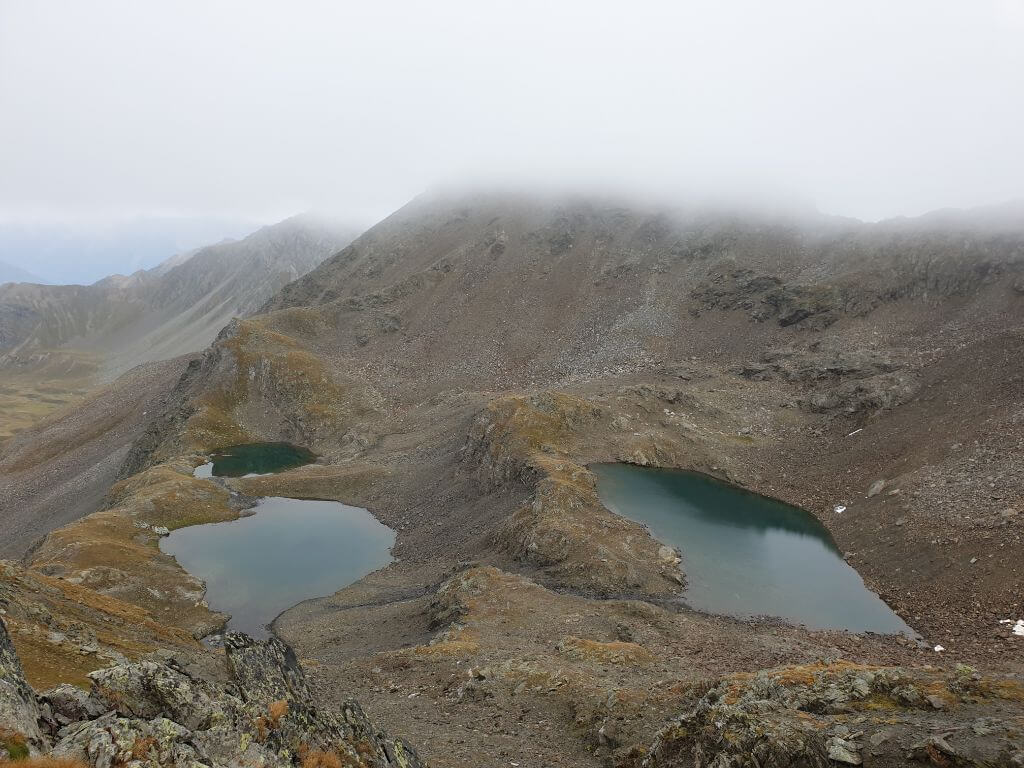 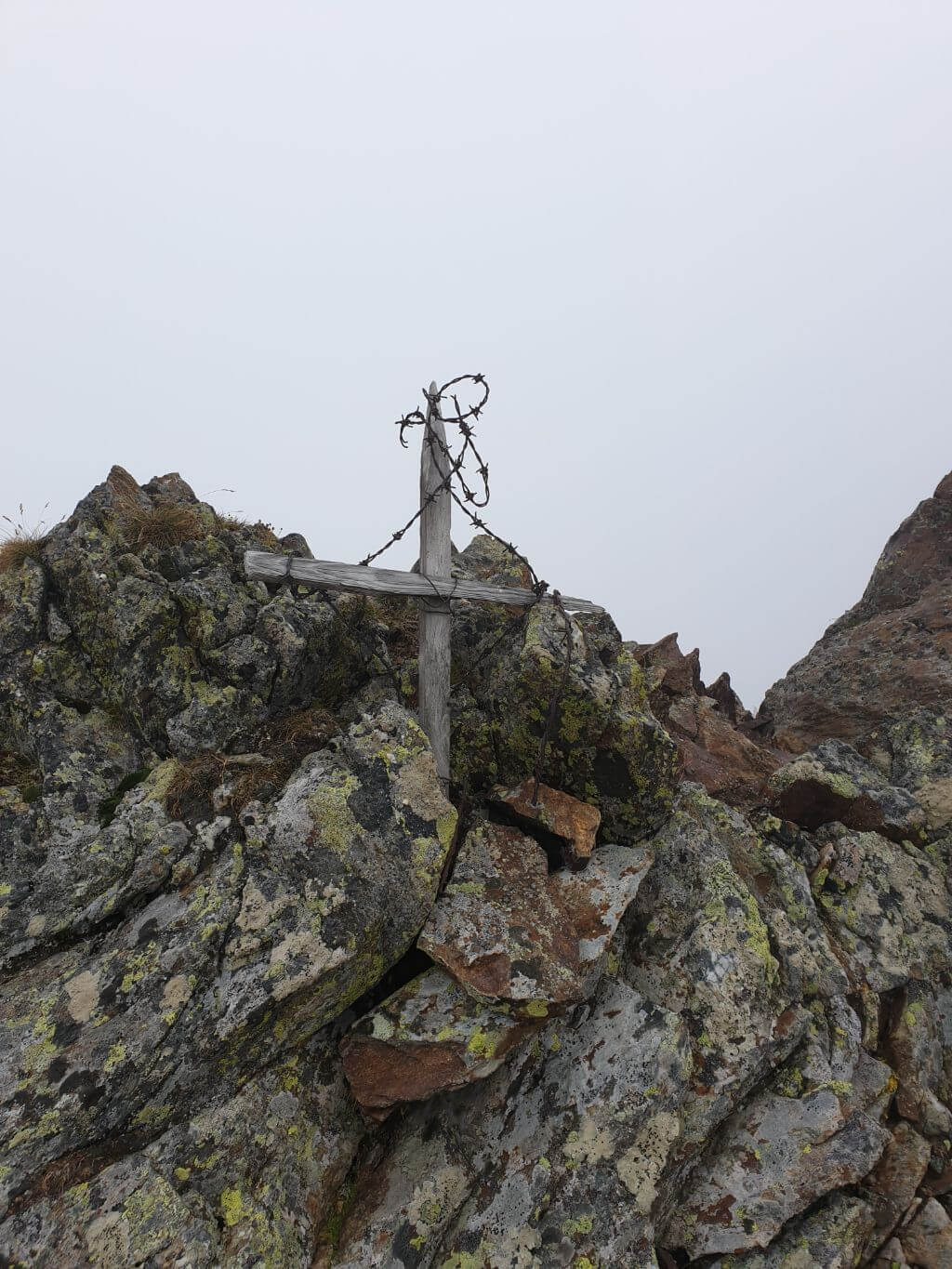 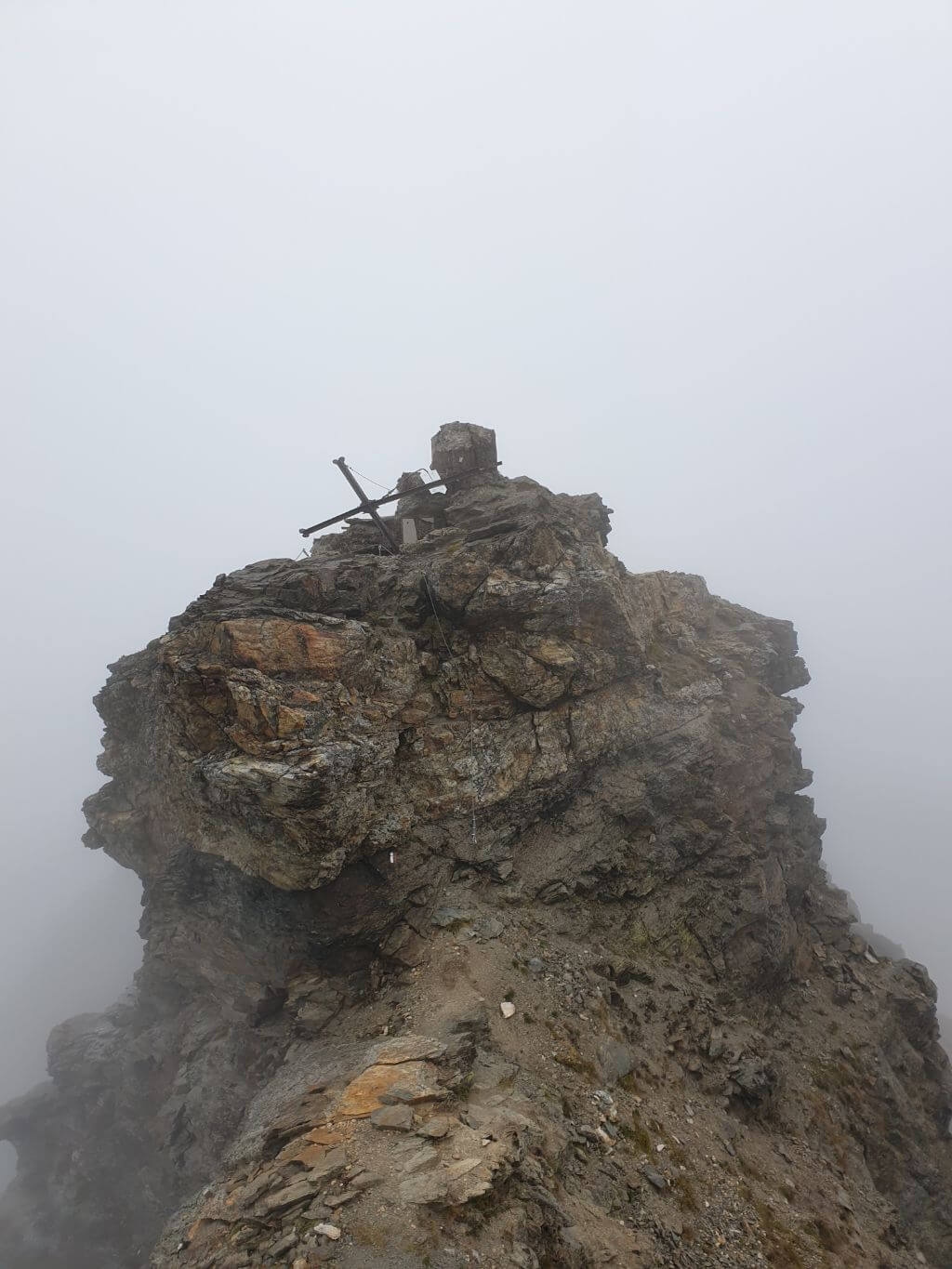 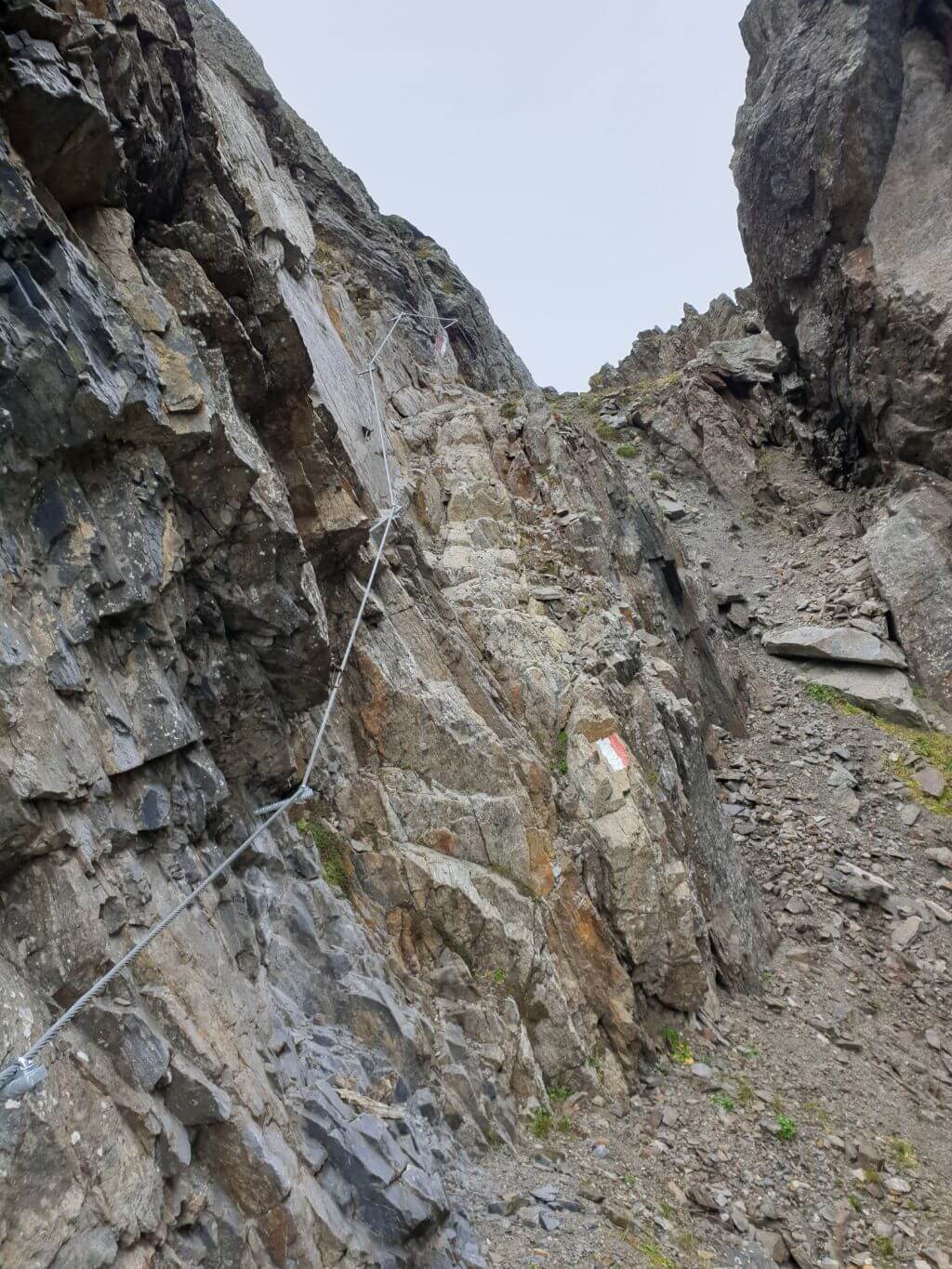 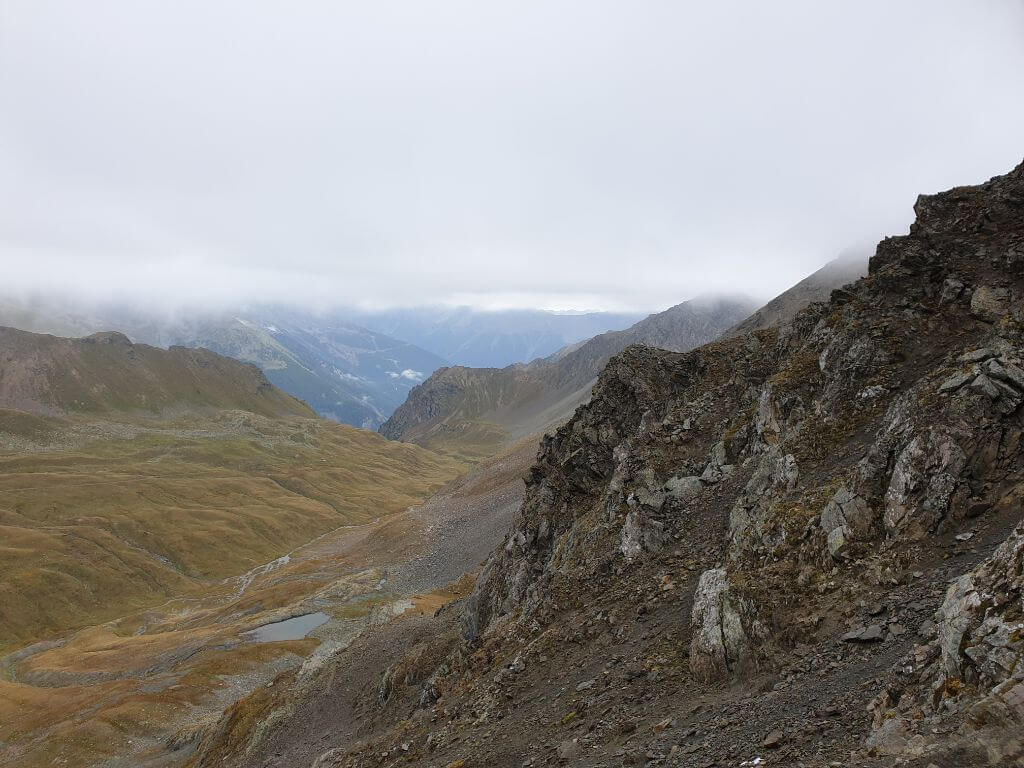 Webcam Equipped trail of the Alpini in Punta d & #039; Albiolo in the Passo di Gavia locality.