Aided Path of the Alpini to Punta Charrà

The Via Ferrata degli Alpini to Punta Charrà is an aided path leading from the Mulattiera Pass to the Sanità Pass from which you can climb the normal route to Punta Charrà. Punta Charrà is located on the Alpine ridge that separates Italy and France. The route develops mainly horizontally and the equipment is mainly useful for increasing the safety of progression on the sometimes unstable terrain and on the slender ledges. The vertical passages are almost null. The itinerary is long and very pleasant from a hiking point of view and not recommended in situations of unstable weather, in fact lacking points of support along the way.

There are multiple options for undertaking this path. We recommend reaching Coletto del Colomion and taking the path from this point. The Colletto can be reached either by cable car from Bardonecchia (Pian del Sole cablecar) then going up the ski slopes with the path or directly by car. If you want to get in by car, we recommend reaching the small village of Puys. To reach Puys, first of all we must reach Beaulard in Val di Susa, then - if you are driving up from the valley - just before leaving the village we will have to turn left and cross the railway in via San Giusto. We follow the road along the town until we find a blue sign with Puys indications which is 3 km away. The road is narrow but asphalted. Once in Puys we continue on the dirt road until we reach the Colletto del Colomion where it is convenient to park as the continuation becomes difficult.

The start of the equipment takes place along a ledge initially flat then gradually more pronounced. At first the metal cable is dated and loose but the ease of the path should not create substantial problems. The ledge gradually narrows and the bottom is composed of gravel that does not instill great security. The cable in this part acts as a useful handrail. The equipped path continues along carvings and grooves to be crossed with cable or chains always on our right. We continue on the aided path with gradually increasing exposure but almost no technical difficulties except generally the bottom in some places until you reach the end of the equipment at the Sanità Pass (2629 m - about 1h from the Mulattiera Pass).

The equipment of the itinerary ends at the Sanità Pass and the climb to Punta Charrà is optional, although recommended. The review continues by including the summit climb. The itinerary follows the evident ridge with a logical path. It initially climbs a grassy slope for easy traces up to the beginning of the real ridge where we meet a first natural carving. The climb is not difficult but must be undertaken with caution proceeding between broken stones, traverses, rocky spikes and rocks following the red marks and, where you do not follow the ridge, you will stay on the southern side. After a couple of ups and downs you reach the summit of Punta Charrà (2843 m - 1h from Passo della Sanità - 2h from Passo della Mulattiera - approx. 3h 30 'total).

The return takes place initially backwards for the outward route to the Sanità Pass (approx. 45 ').

At this point we will have two options. The first is to go back along the Aided Path of the Alpini to the Passo della Mulattiera and then return to the parking lot exactly along the outward route. The second option is to make a ring around Punta Charrà going down into French territory in the Acles valley. We descend steeply between zigzags on a detrital bottom until you reach the woods where the path becomes almost flat and pleasant. We cut the southern slope of the mountain until we reach a rocky shoulder beyond which we see the old barracks of the French army under the Col del Acles. At this point we follow the signs that lead us uphill to the Passo della Mulattiera (approx. 1h 30 'from the Sanità Pass -2h 30' from the summit). From Passo della Mulattiera we return to the car park backwards for the outward route (approx. 6h 45 'total).

The Via Ferrata if considered in its own is easy and it does not present any technical difficulties as it mainly develops horizontally. However, the environment is of high mountain and requires preparation and experience to manage the hike (long) and orientation in case of bad weather. Not infrequently there are gullies covered in snow in some rather exposed sections (recommended ice ax) even at the beginning of the summer season. Some anchorages were in a bad state at the time of the review.

The via ferrata develops in the upper Val di Susa, an area rich in via ferrata itineraries. In a short time, in fact, you can reach Bardonecchia from which you can climb on the beautiful Via Ferrata del Rouas. Going down to the valley and then going up towards Claviere and Cesana Torinese we will be able to wclimb the via ferrata near Monginevro: the Ferrata to the Chaberton, the Ferrata Rocca Clarì, the Via Ferrata of the Bunker and that of the Low Battery. If instead we go down to Turin at the beginning of the Val di Susa we will be able to climb the Ferrata of the Orrido of Foresto and of Chianocco, the Via Ferrata Ruceia and the Via Ferrata Giorda at Sacra di San Michele. There is no shortage among others via ferrata in Turin, itineraries for all tastes and abilities.

Images Equipped Path of the Alpini in Punta Charrà. The images included in the report were sent to us by users of the site. If you are interested in sending us photos, use the form on the side or send them on our Facebook page. 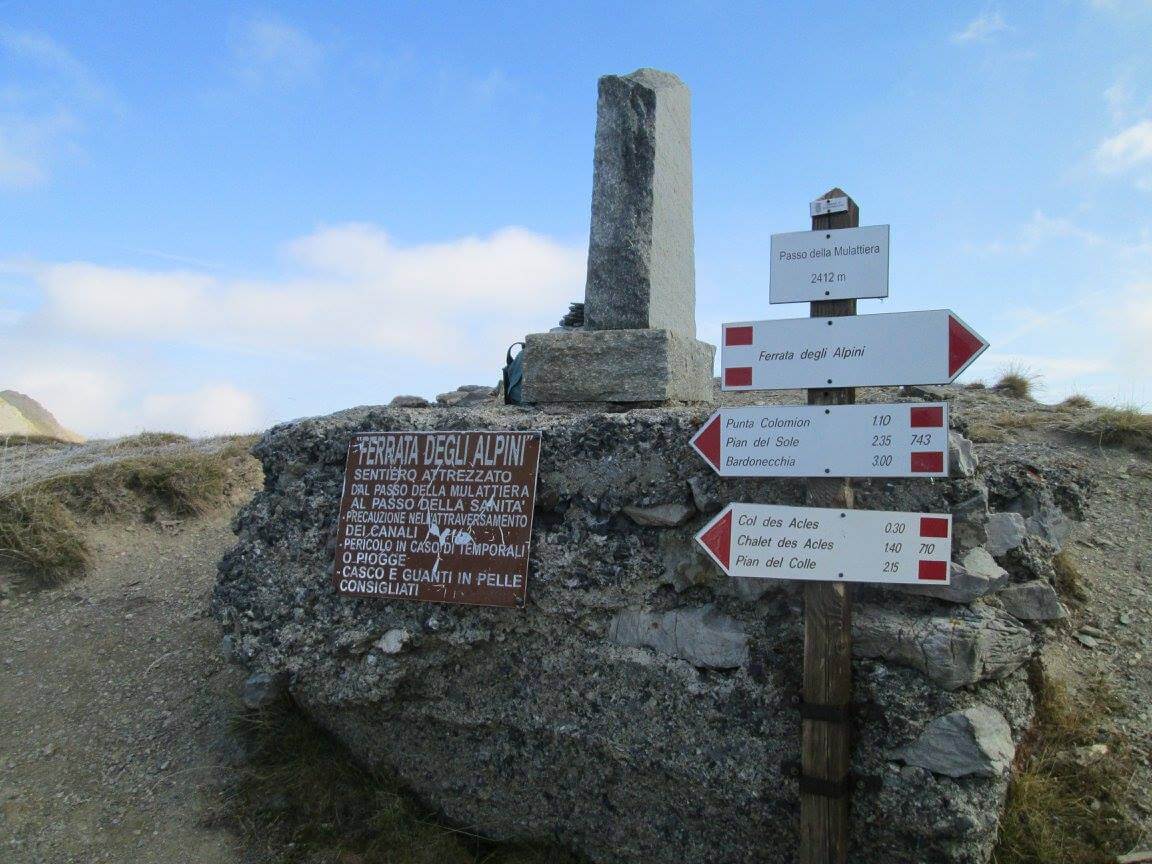 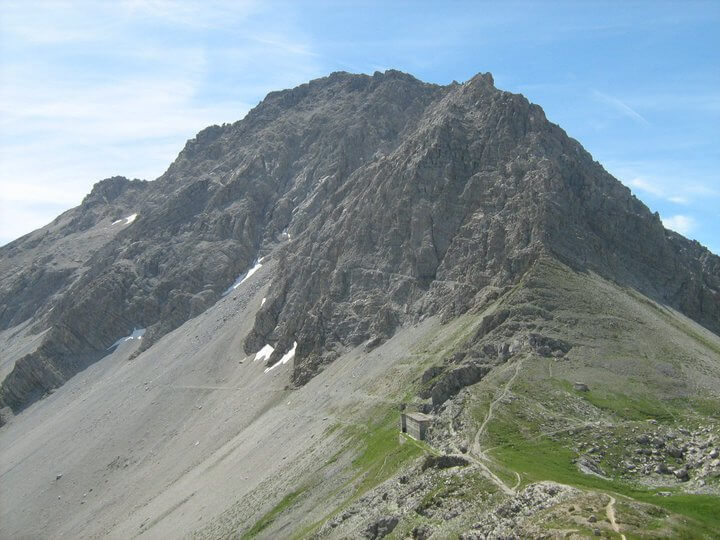 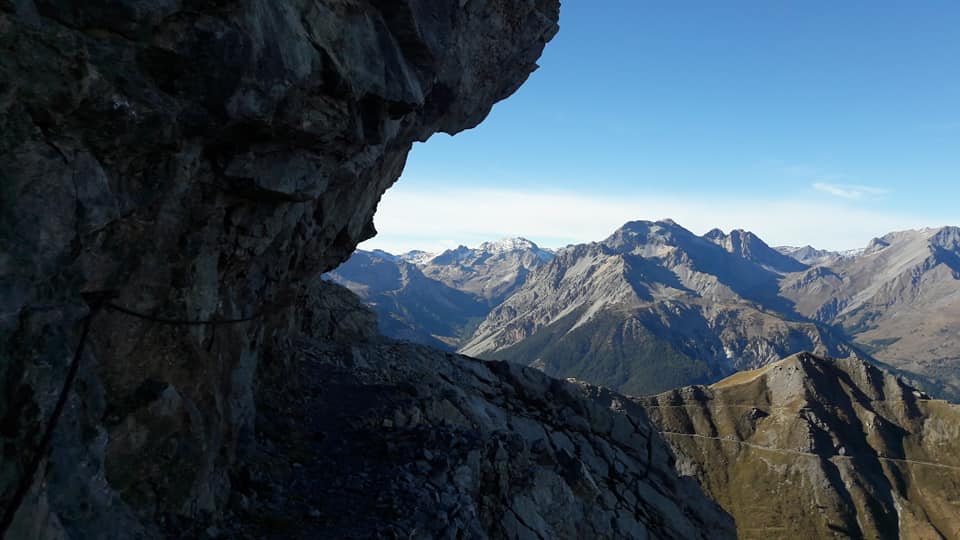 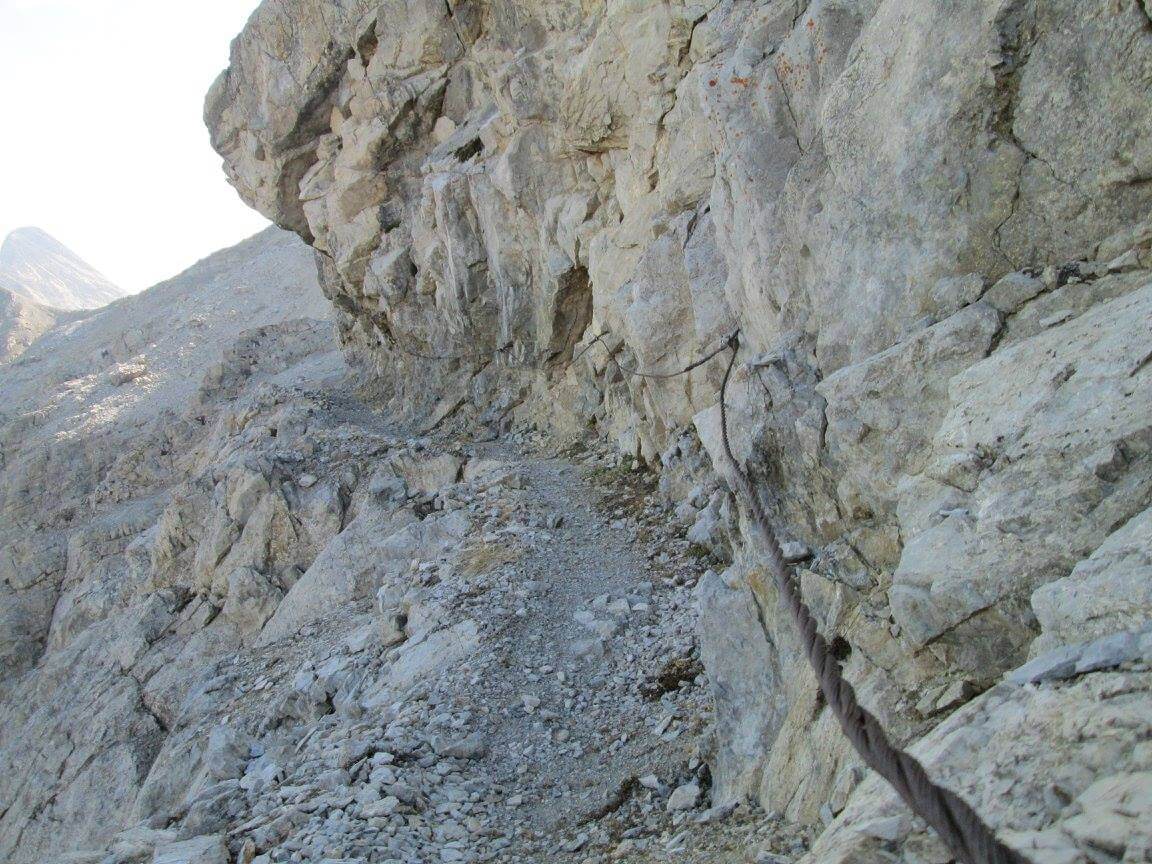 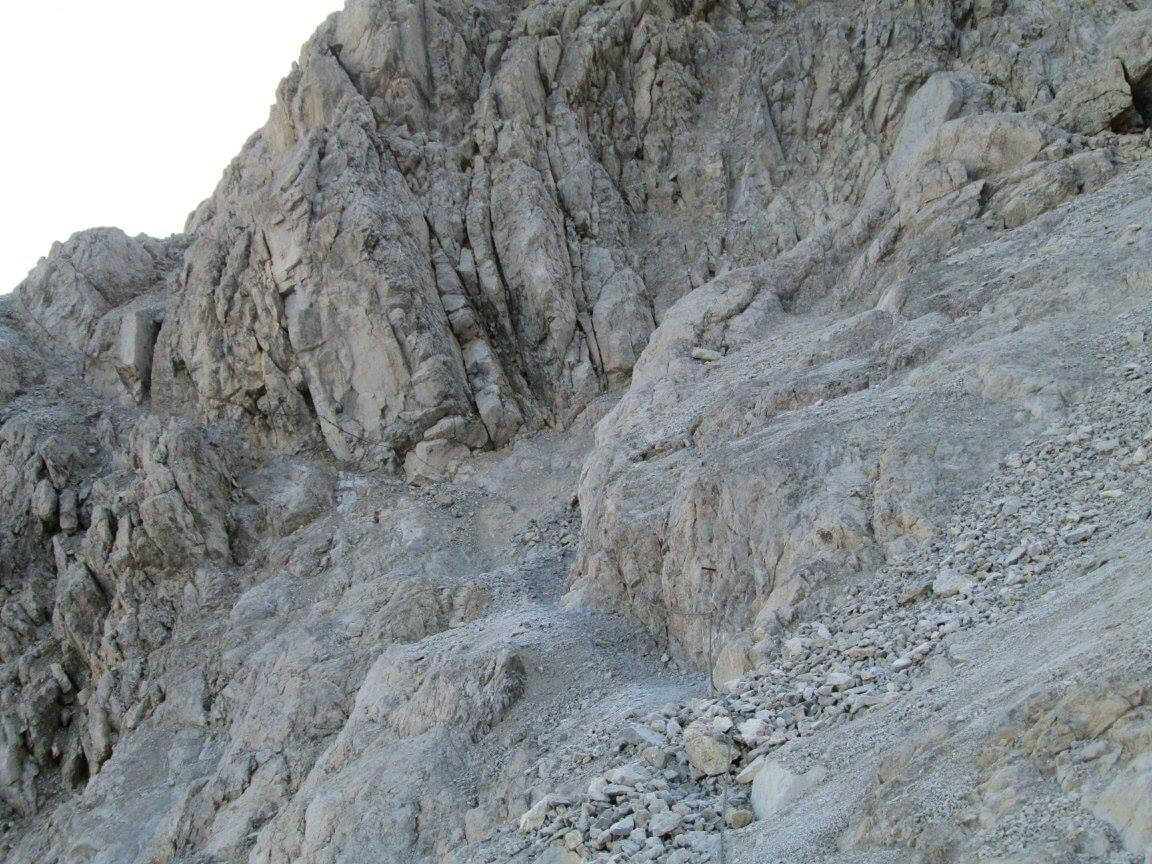 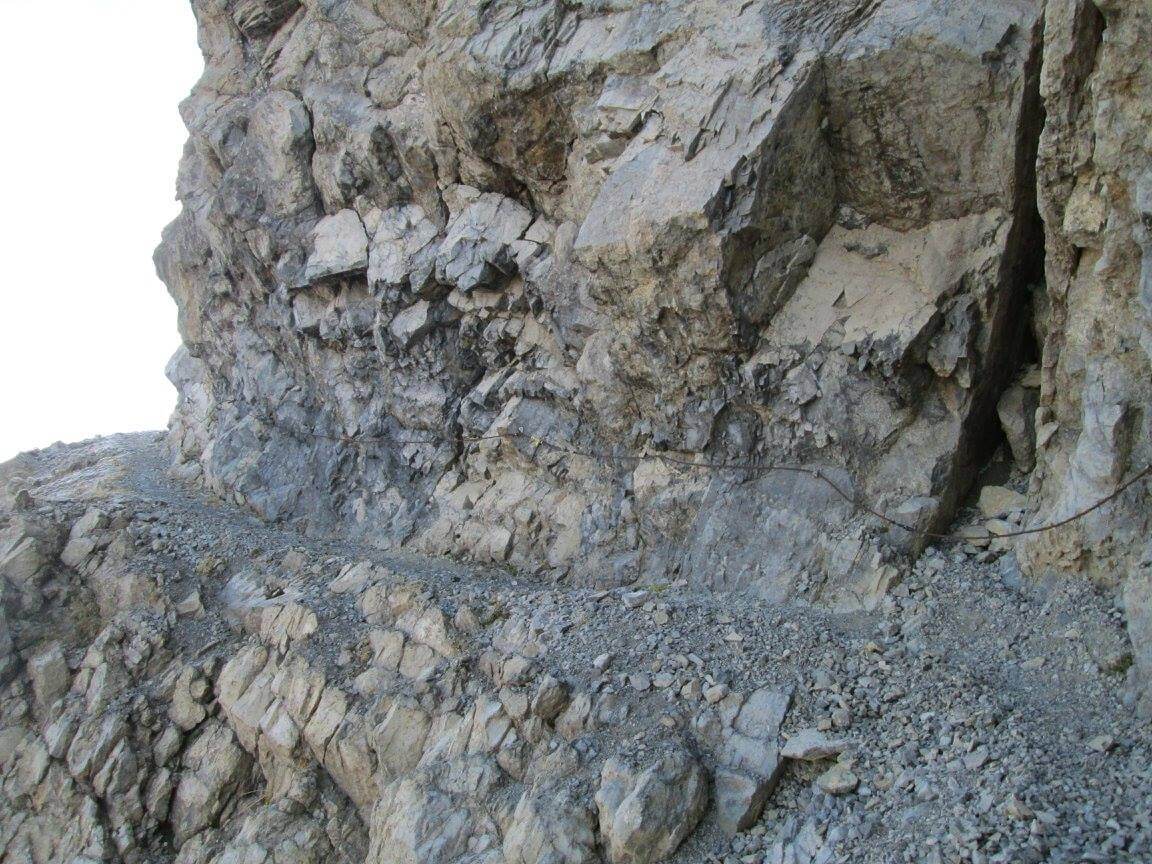 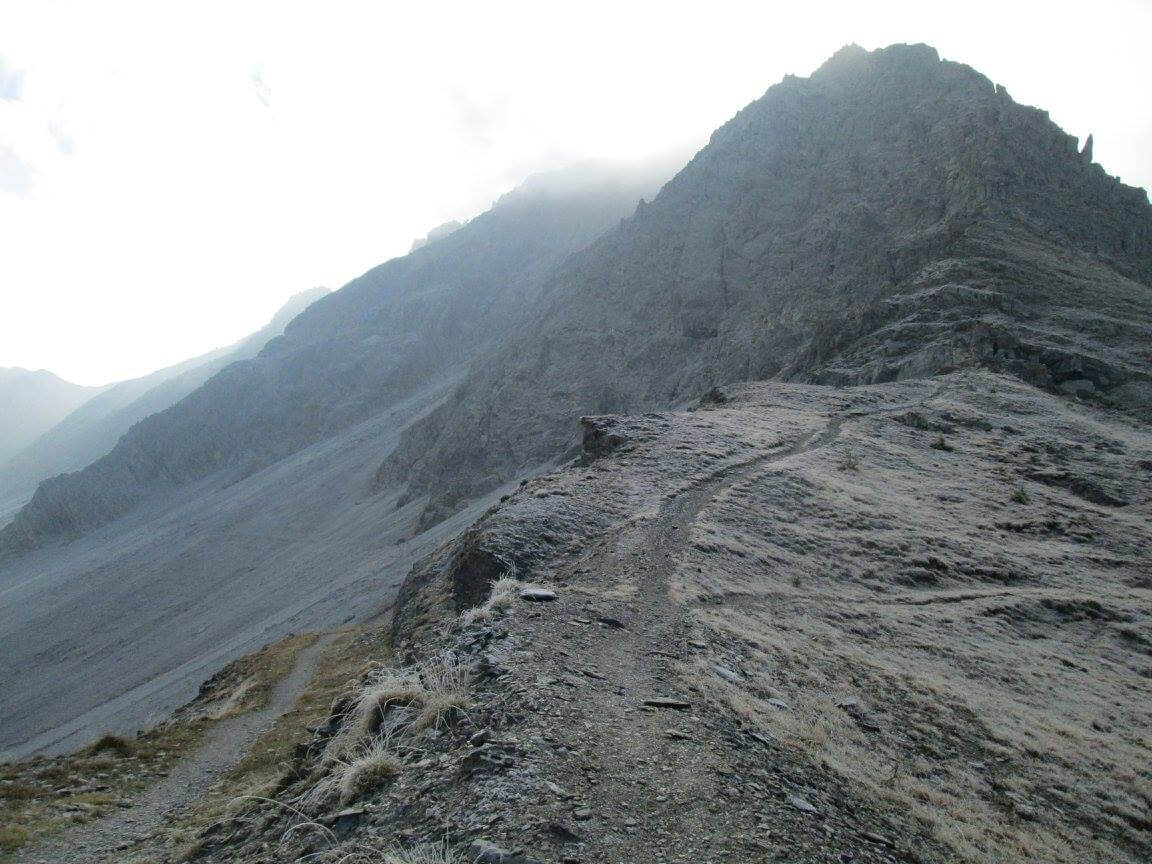 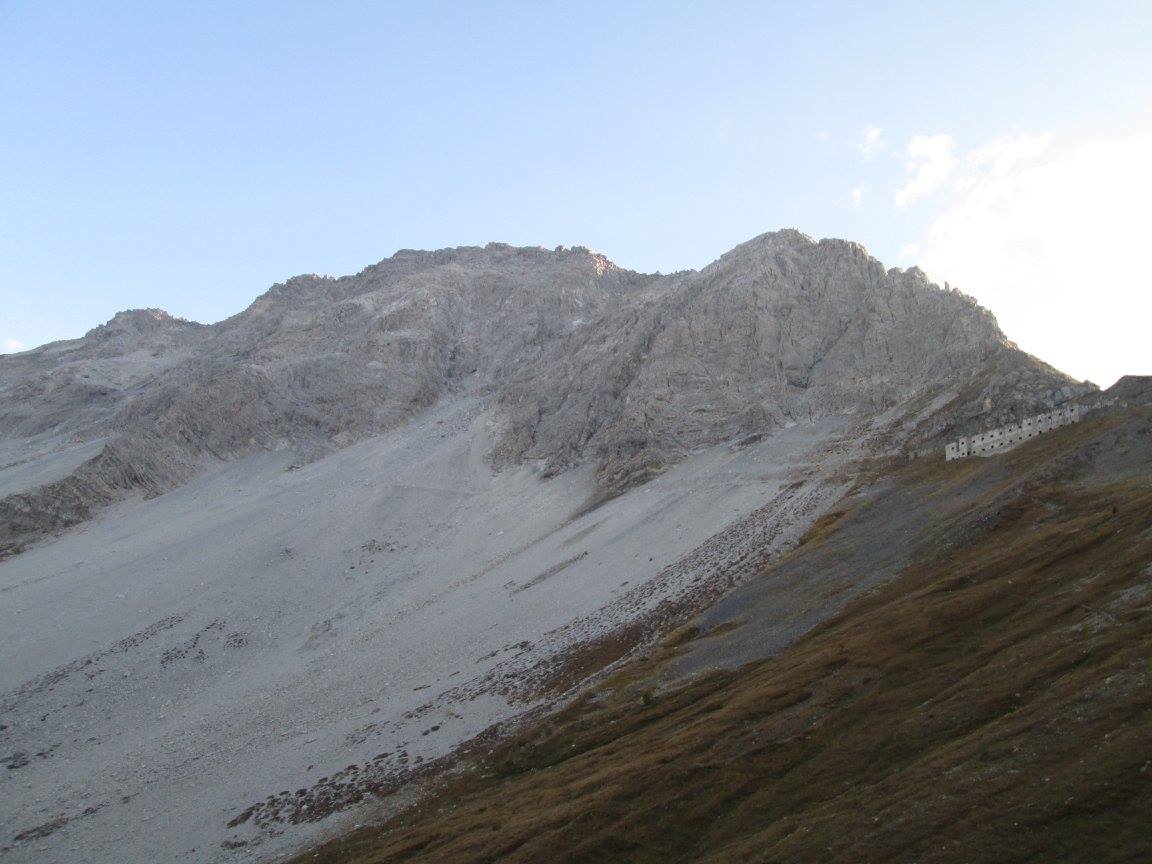 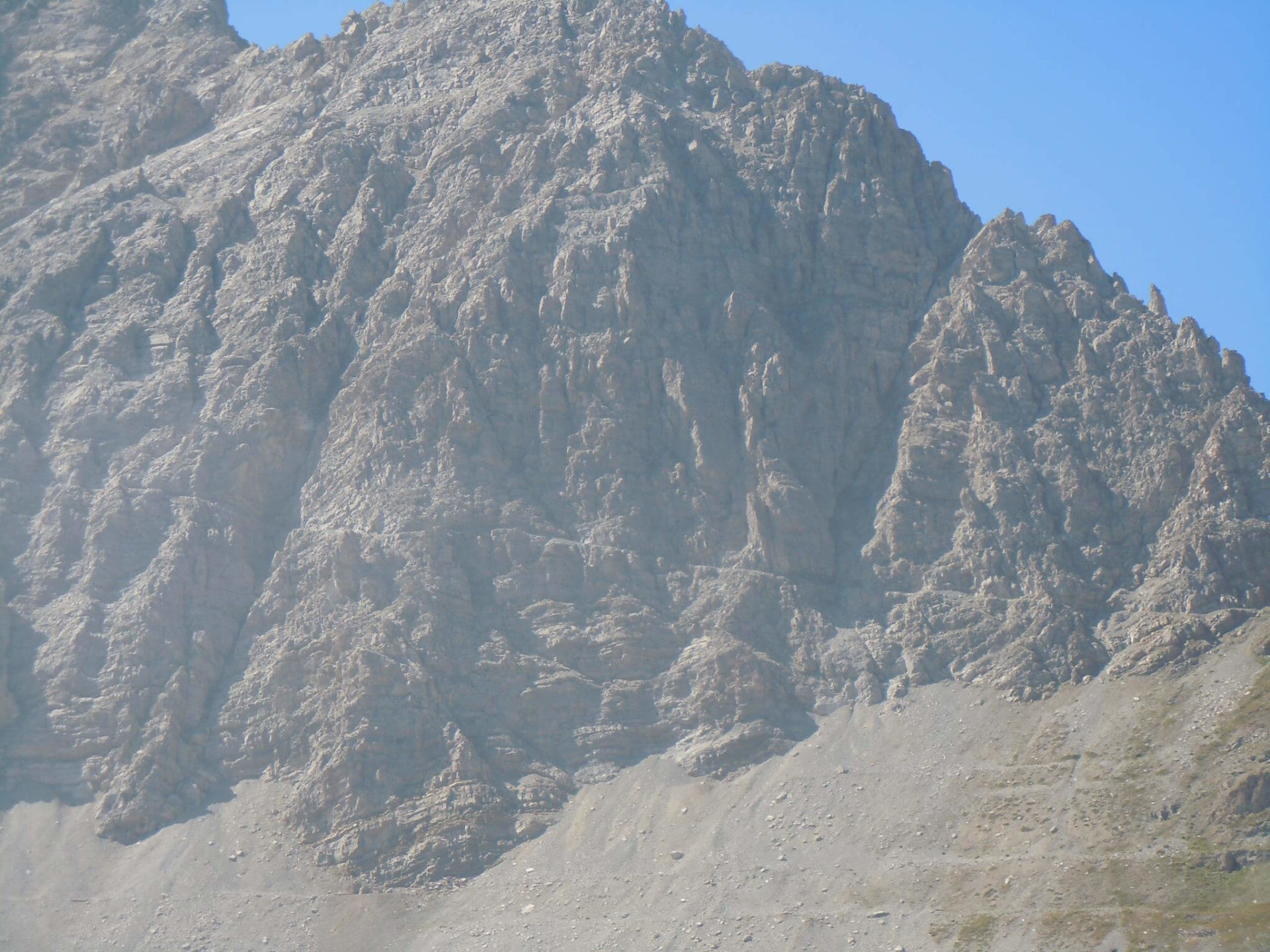 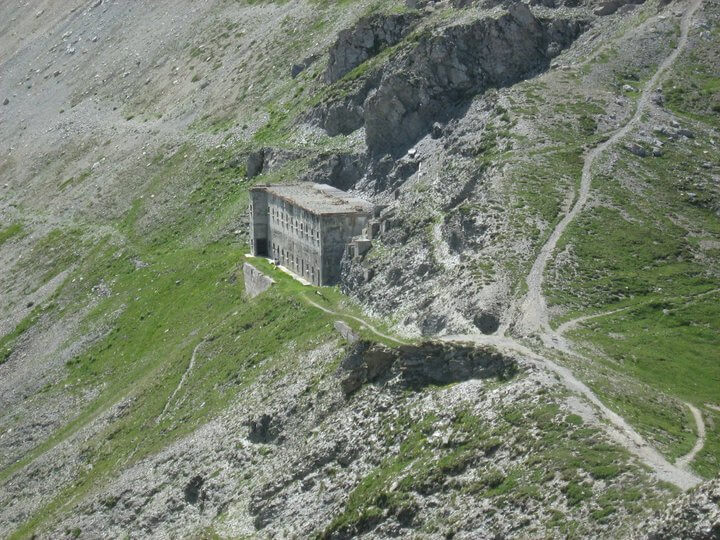 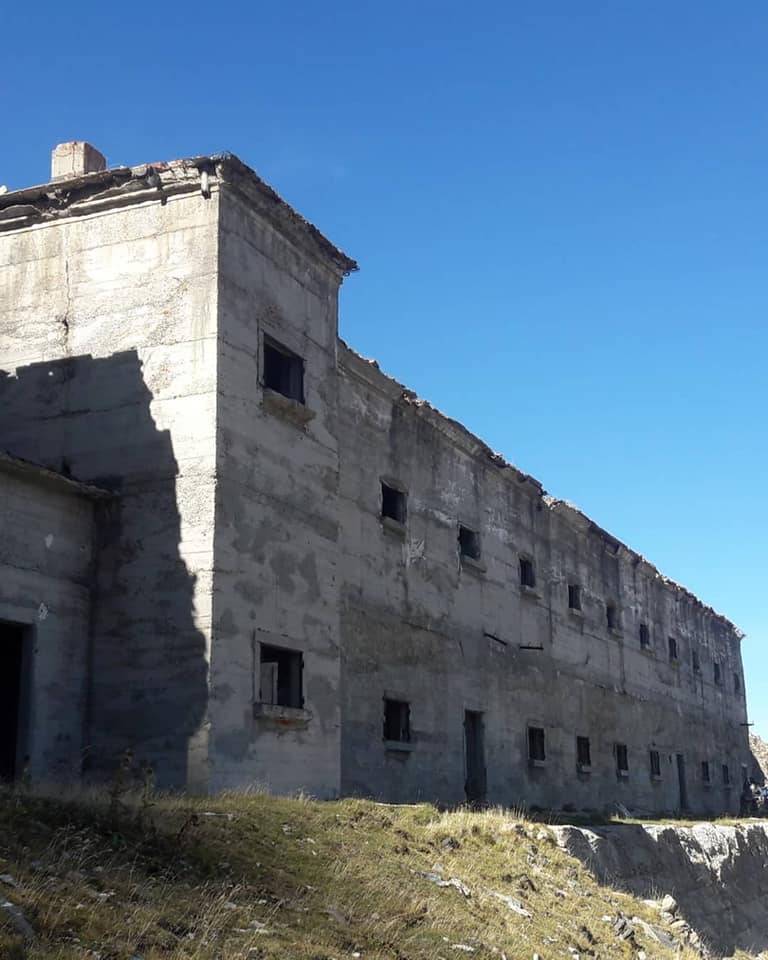 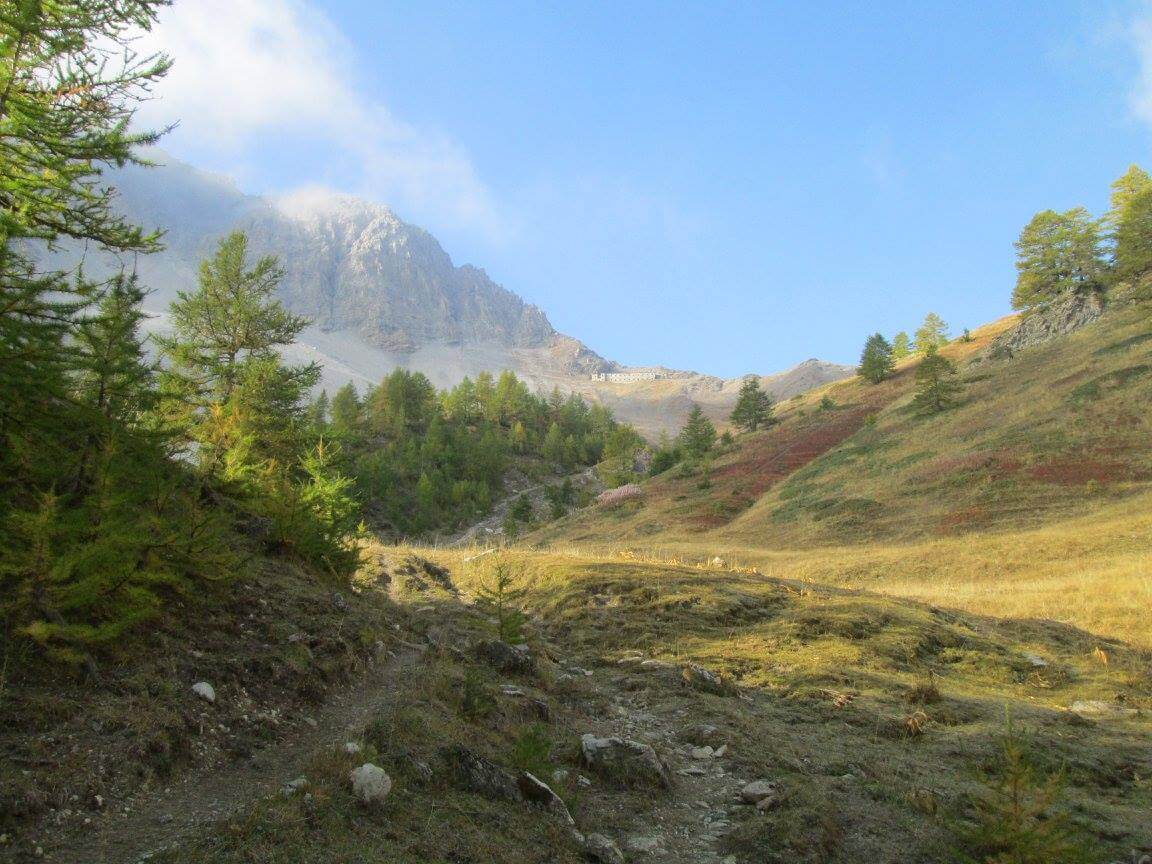 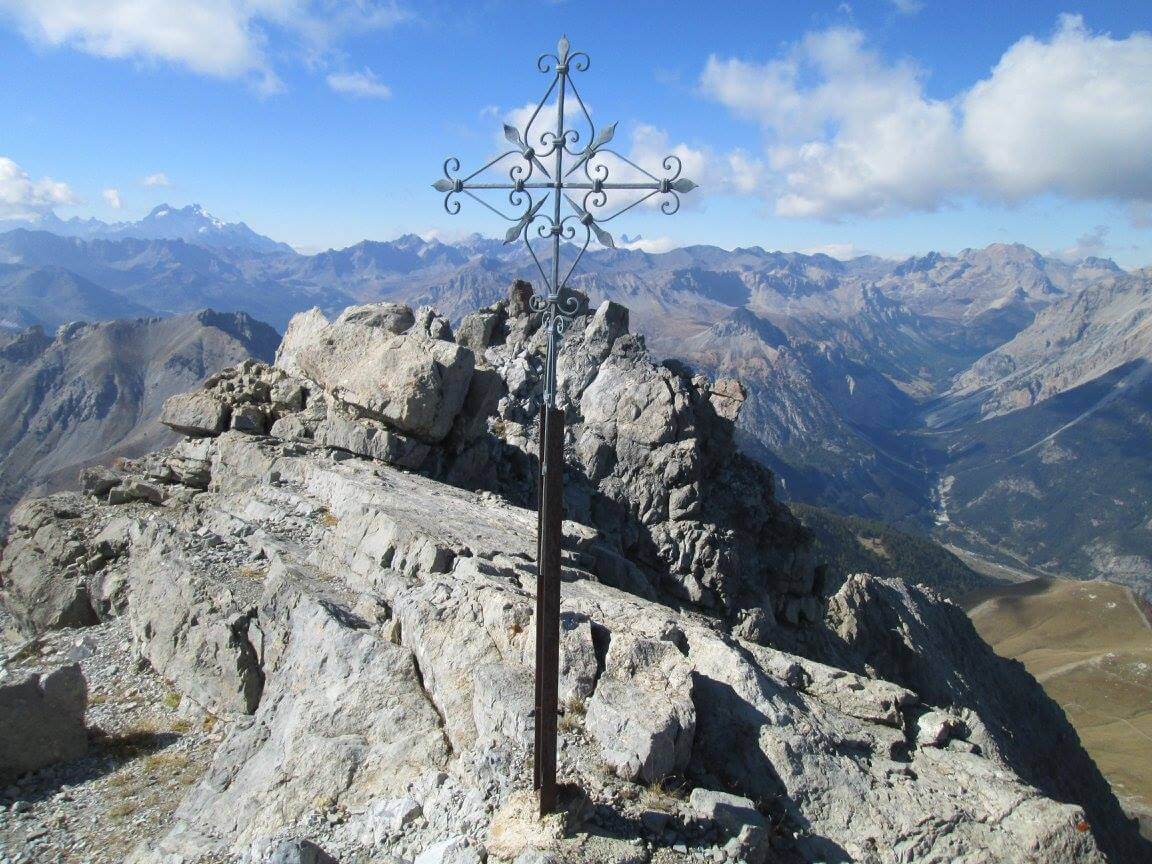 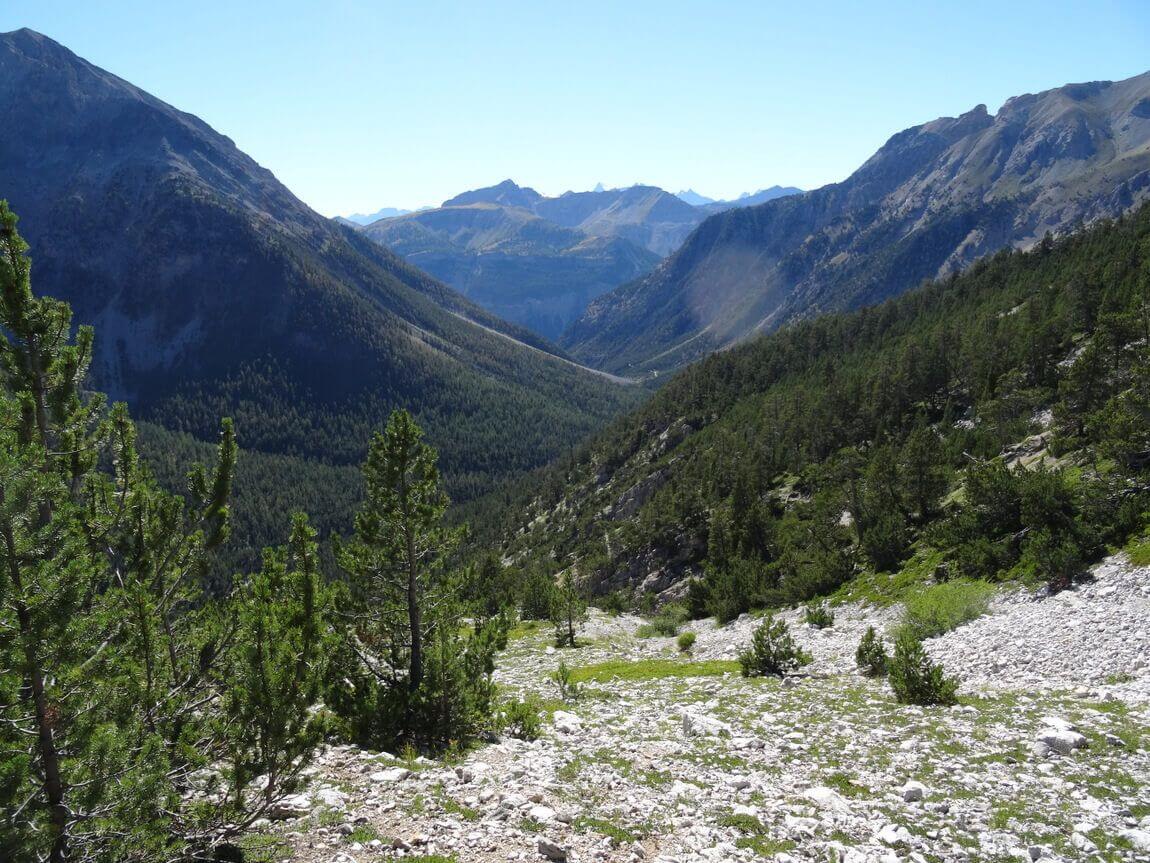 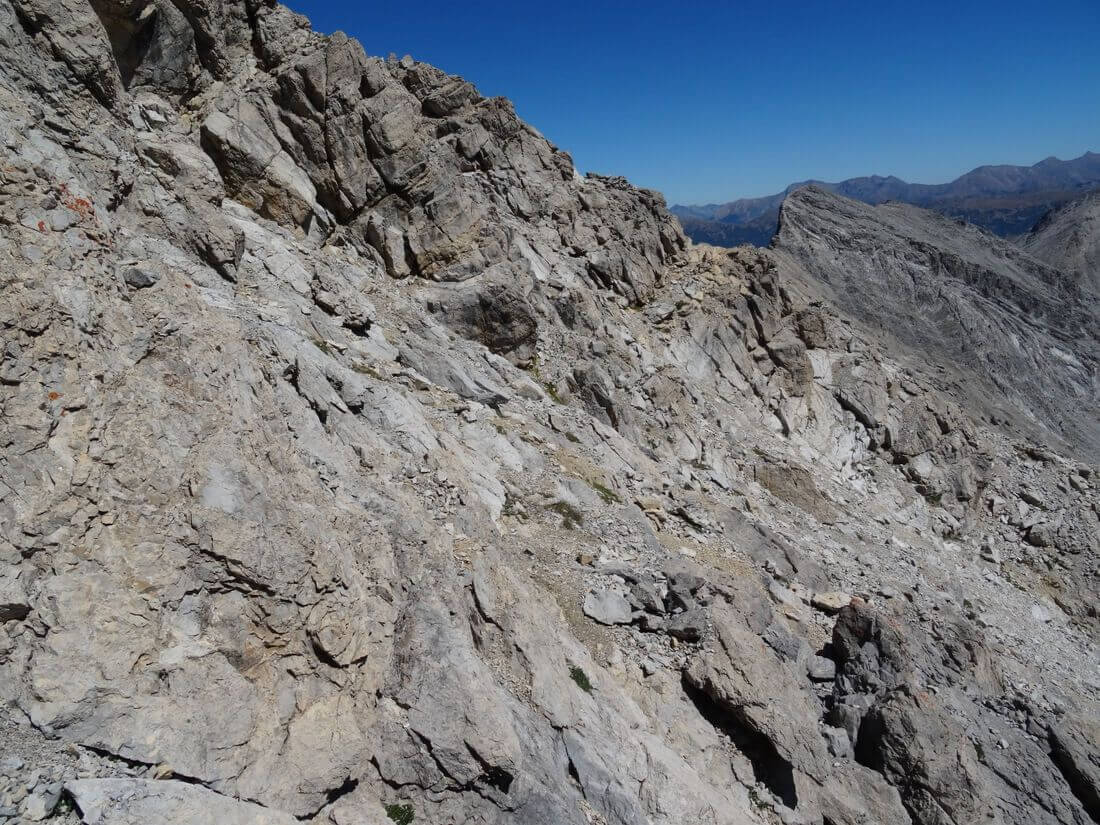 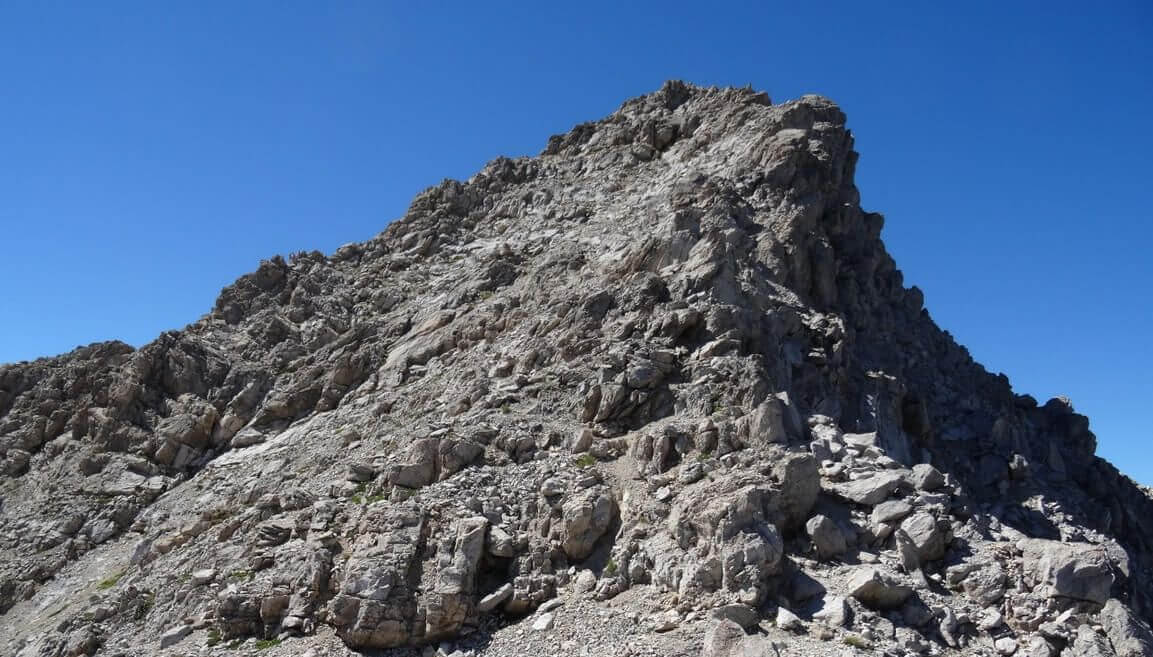 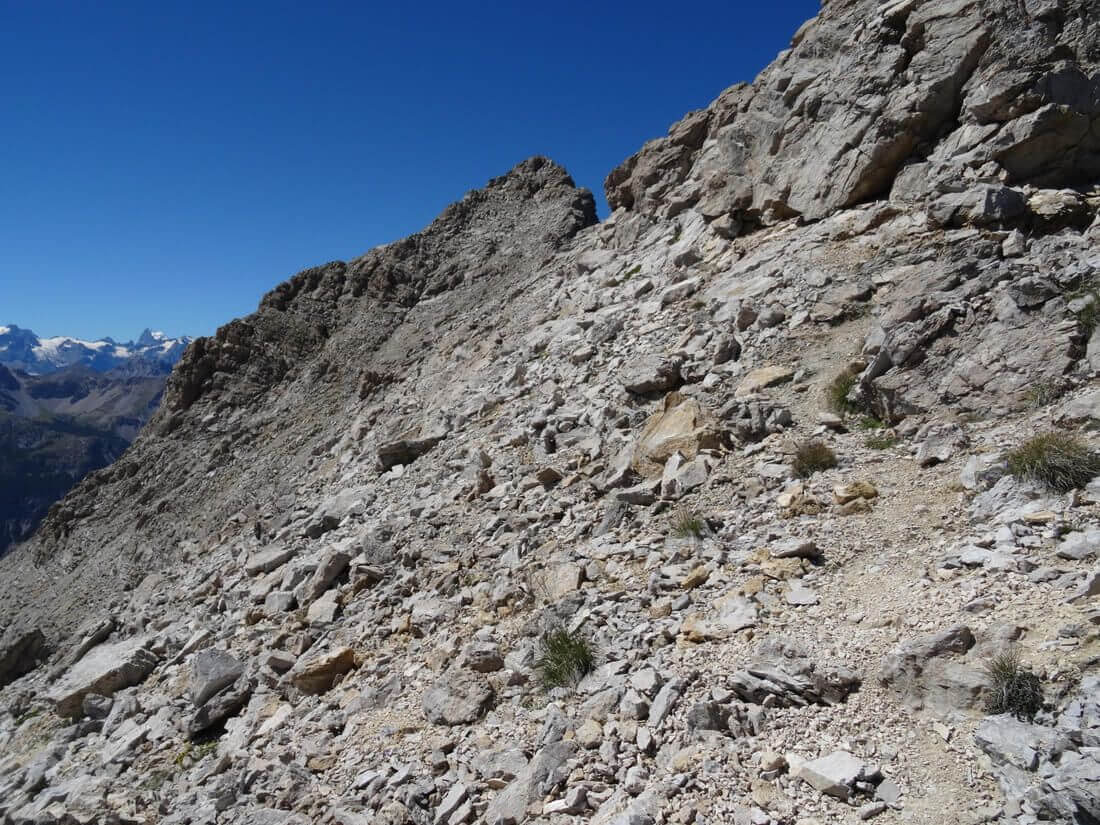 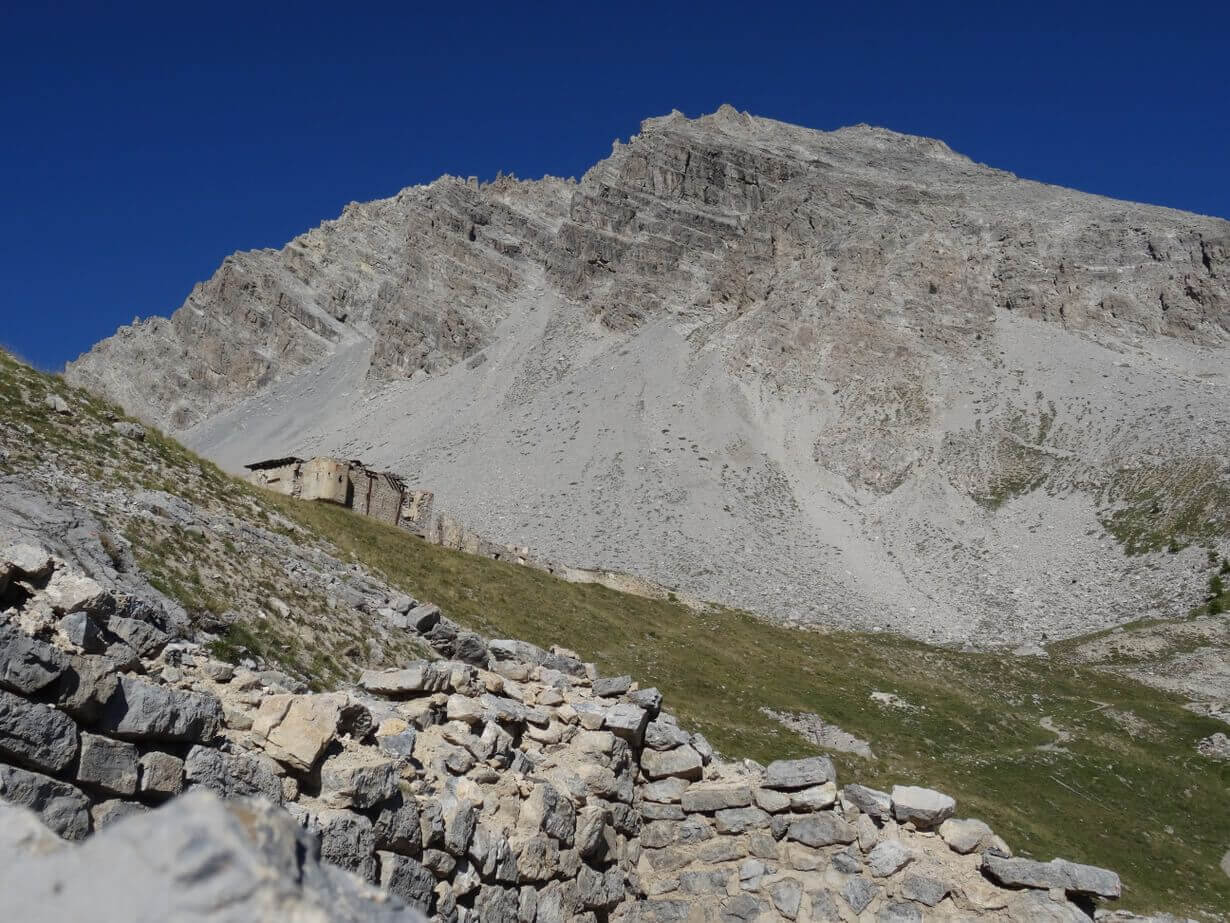 Weather Equipped Path of the Alpini at Punta Charrà in Beaulard (Turin).

Webcam Equipped Path of the Alpini in Punta Charrà in Bardonecchia - Valle Stretta.