The Aided path Apolloni is a recent aided path that connects the Agostini and Pedrotti Huts from the slope of the Forcolotta Pass. The path is aided in its most exposed points and does not present any particular technical difficulties. Compared to the parallel Sentiero Palmieri runs higher and allows in case of chaining with the Ferrata Brentari to avoid losing altitude in the approach.

The recent Apolloni Aided Path extends by connecting the Agostini Hut (2410 m) with the Pedrotti Hut (2491 m) passing through the Forcoletta Pass (2423 m) and remaining higher up in relation to the parallel Sentiero Palmieri (CAI 320). This path is passable in both directions so one of the two shelters could be used as a starting point for the aided itinerary. This report considers taking the Apolloni Aided path towards Rifugio Agostini - Rifugio Pedrotti.

For this report we consider the Ristoro Dolomiti Restaurant (768 m) above Dorsino as the starting point of the itinerary. In the center of the town we will notice a well-marked road with a brown "Val d'Ambiez" sign ascending towards the Brenta massif. We cover this paved but not wide road that goes up along the narrow valley to the restaurant where it is possible to park. Our itinerary will start from this point. Directions for Google Maps available here.

If you travel in the direction of Pedrotti - Agostini you could start from Molveno with the mountain station of the Pradel cable car. This itinerary is not presented here.

From the parking lot of the restaurant (768 m) we climb the comfortable CAI path 325 in the direction of the Rifugio al Cacciatore ("Hunter's hut") (1820 m -2h 15 'from the parking lot). This path is initially a dirt road and then becomes a path. From the Rifugio al Cacciatore we can continue on CAI 325 (Sentiero Dallago) which in about 1h 30 'will take us to the Agostini Hut (2410 m - 3h 30 'total from the parking lot). This route of approach, besides being long, will lead us back up an important drop (1700 m) and this must be taken into consideration for the development of the trip. It may make sense to stay overnight in one of the shelters to then follow the itinerary at rest.

From the Rifugio Agostini we proceed in an easterly direction towards the western walls of Cima Ceda following the trail signs of the CAI 320 Palmieri path. The trail continues slightly uphill along the hillside without any particular difficulty until Passo di Forgolotta di Noghera (2423 m). We continue now on slightly more exposed stretches in an easterly direction keeping to the left ignoring the junction for CAI 345 which proceeds to Passo Caplo. We continue along the hillside until we pass over the valley where the Pozza Tramontana is formed in an impressive amphitheater between Cima Ceda, Cima Brenta and Monte Daino. Now we walk downhill to the north up to the junction between the Sentiero Palmieri and the Aided path Apolloni. The first continues parallel to the second but lower. The Apolloni Aided path is composed of two aided parts. The first is one series of ledges exposed with some metal steps who are insured. The second one closer to Cima di Brenta Bassa is a rock carving to be traced with the use of some brackets. These aided sections as well as the rest of the itinerary do not present particular technical difficulties. Completed the Aided path Apolloni (CAI 320B) we are near Cima Brenta Bassa from which in a few minutes we go down to Rifugio Pedrotti (2491 m - 2h 30 'from the Rifugio Agostini - 6h total).

The simplest hypothesis is to go back the itinerary of the outward journey with the exception that after the Forcoletta Pass we will take the downhill path from the Rifugio al Cacciatore (2h 15 'from Rifugio Pedrotti). From the Cacciatore hut we continue downhill to the Ristorante Dolomiti (total 9h 30 ') with the convenient path CAI 325.

Of course you could opt for a different and more demanding return, for example for the Via Ferrata Brentari which will take us to the Agostini Hut via the Vedretta d'Ambiez, but this is a more difficult itinerary and where it is probably advisable to stay at high altitude in a shelter if you do not have an excellent step.

The Aided path Apolloni is an easy aided path that connects the Rifugio Pedrotti with the Agostini Hut. The two aided sections do not present particular technical difficulties and protect the most exposed sections of the itinerary. The equipment is new and in excellent condition and is the Aided path in the Brenta Dolomites of more recent construction.

The easy Aided path Apolloni is a path connecting two shelters from which countless trips depart from the Brenta area. To name a few, from the Rifugio Pedrotti we could proceed in the direction of the famous ones Ferrate of the Bocchette Centrali and Alte as well as the recent one Via Ferrata Spellini or the Aided path Orsi.

From the Agostini Hut you could proceed towards the XII Apostoli Hut via the Via Ferrata Castiglioni or col Aided path dell'Ideale.

As with many trips on the Brenta, the area leaves ample room for the combination of several itineraries although long approaches suggest the hypothesis of staying overnight at high altitude.

Moving to the north in the Brenta Dolomites we also find other aided routes among which we suggest the Via Ferrata Oliva Detassis, the Via Ferrata Benini, the Sosat Aided Path and Aided path Vidi. 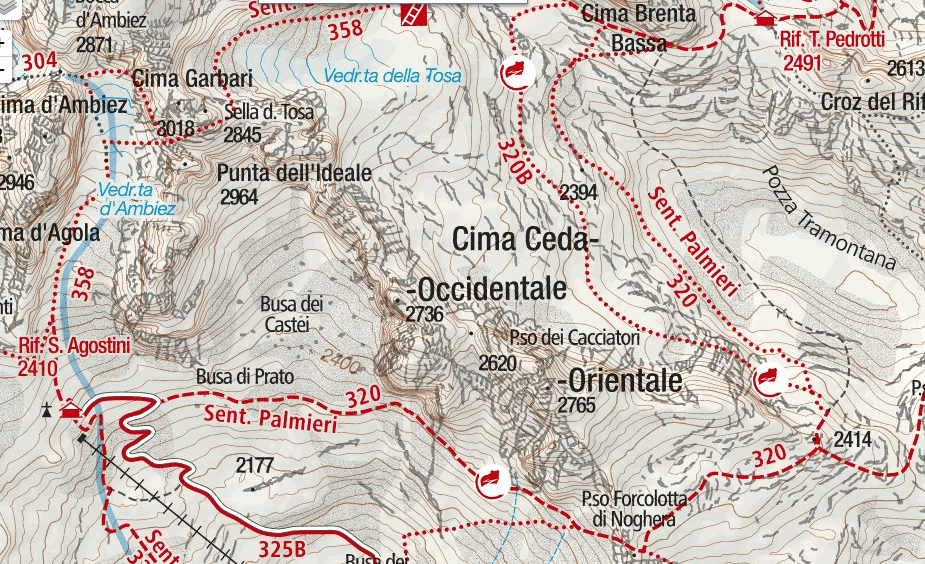 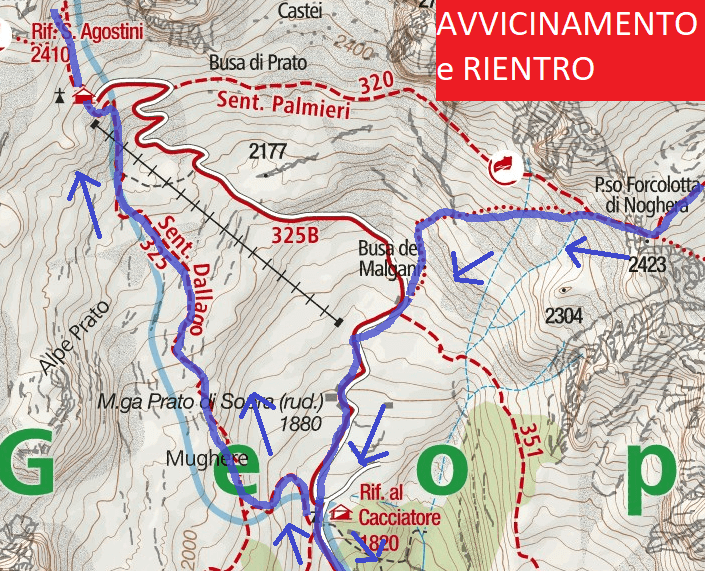 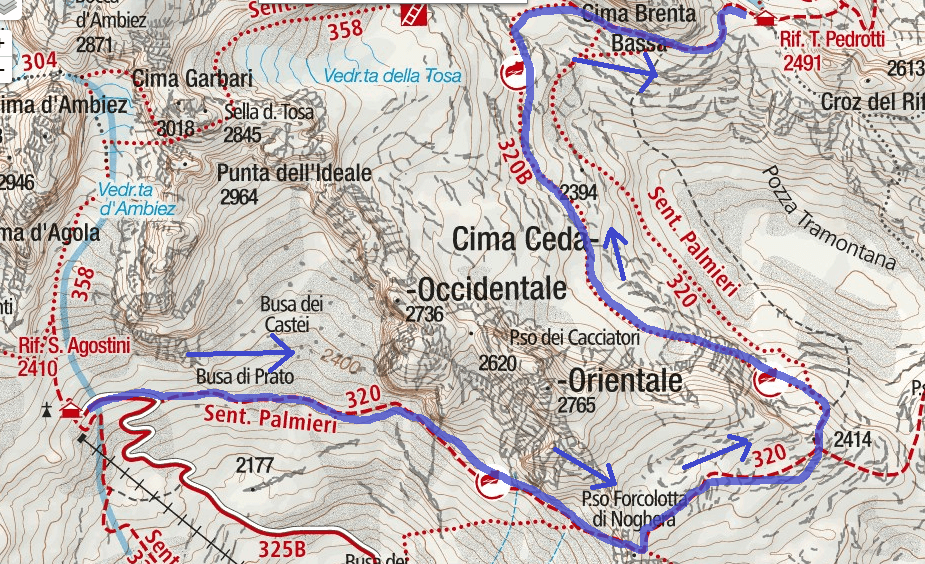 Images Apolloni aided path. The images included in the report were sent to us by the users of the site. If you are interested in sending us photos, use the form on the left or send them to our Facebook page. 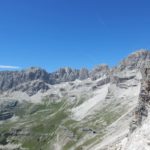 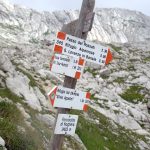 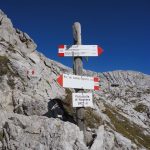 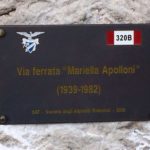 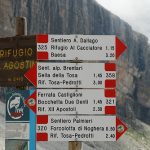 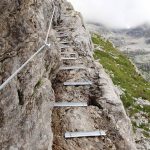