The Path Aided to the Hydro Falls is an easy path, aided in the exposed part inside the Neco stream gorge for the first minutes. The path is very beautiful from a landscape point of view and allows you to see an interesting gorge in a simple itinerary with a short approach.

The starting point of the itinerary is the village of Crone on the eastern shore of Lake Idro. Once in Crone, continue on the provincial road 58 until you see a small road on the right that leads to the Pizzeria Ristorante Bellavista. Park on the small road and take the signs for the Aided path to the Idro Falls on the right.

As soon as we park in via Coste we follow the abundant directions straight to the normal path while to the right it is marked "Sentiero delle Cascate""Sentiero delle Cascate". We keep the right aware that then the two paths come together again later. We begin the climb on the cart on the meadows and then take a downhill stretch until we reach the bed of the Neco stream and its characteristic gorge near a wooden bridge and a first waterfall. At this point we avoid the bridge and continue uphill on the path on the left side of the waterfall. Going up this stretch we enter the Aided Path of the Idro Falls (15 'from the parking lot).

We meet two inclined rocky walls aided with two metal ladders with the second longer than the first. At the end of the staircase we continue to the left on a grassy ledge aided. We continue along the aided section bypassing an edge and ending the aided part of the path (10 'from the start - 25' from the parking lot).

We continue along the path until we pass a small bridge close to another marvellous waterfall and then continue without difficulty into the woods. In short we reach a crossroads with the normal path left at the beginning. If you want to end the short hike here, turn left and continue towards Crone up to the car (40 'total). As an alternative to the crossroads, keep to the right continuing towards the Croce di Perlè. The path initially overlooking the lake gradually passes into the Serè valley entering a dense forest. We continue to a crossroads where the 451 continues to the right while we turn left towards the Perlè Cross. We walk a short stretch of ridge with some easy rocks until we reach the summit cross (1h 30 'total).

For the descent you could opt for the backward path if you can go along the aided path even on your return (about 1h from the summit - 2h 30 'total). The alternative is to go back to the last intersection of paths and keeping to the left to make a circular route that will take us to the Cocca di Idro, Cima Crench and Punta Pelada for a long ring-route with which we will return to the village of Crone and then to parking (4h 30 'total).

This trip does not present significant technical difficulties and can also be recommended to people with low or no experience provided they are physically ready and with a firm foot. The equipment is in good condition. It is advisable to follow this itinerary in the mid-seasons avoiding the summer heat or the winter where the waterfalls can be frozen.

An interesting opportunity is to link this itinerary with the Via Ferrata Crench. You could go up the Ferrata Crench uphill to reach Cima Crench go up to Cocca d'Idro and then along path 452 along the inhabited area of Crone, ignore the crossroads for Monte Croce di Perle, continue until you reach a saddle: on the right the path that goes down comfortably in the village. On the left you go down the Aided path of the Idro Falls on the way down. The path does not present particular difficulties or exposure such as to create problems if traveled in the opposite direction.

Always in the area Lake of Idro, one could go easy Via Ferrata to the Fort di Cima Ora, the Aided path Sasse or the difficult ones Ferrata del Fregio and Ferrata delle Ginestre. Going down the valley towards Brescia another easy one could be evaluated aided trip to the Sperone del Crocefisso. 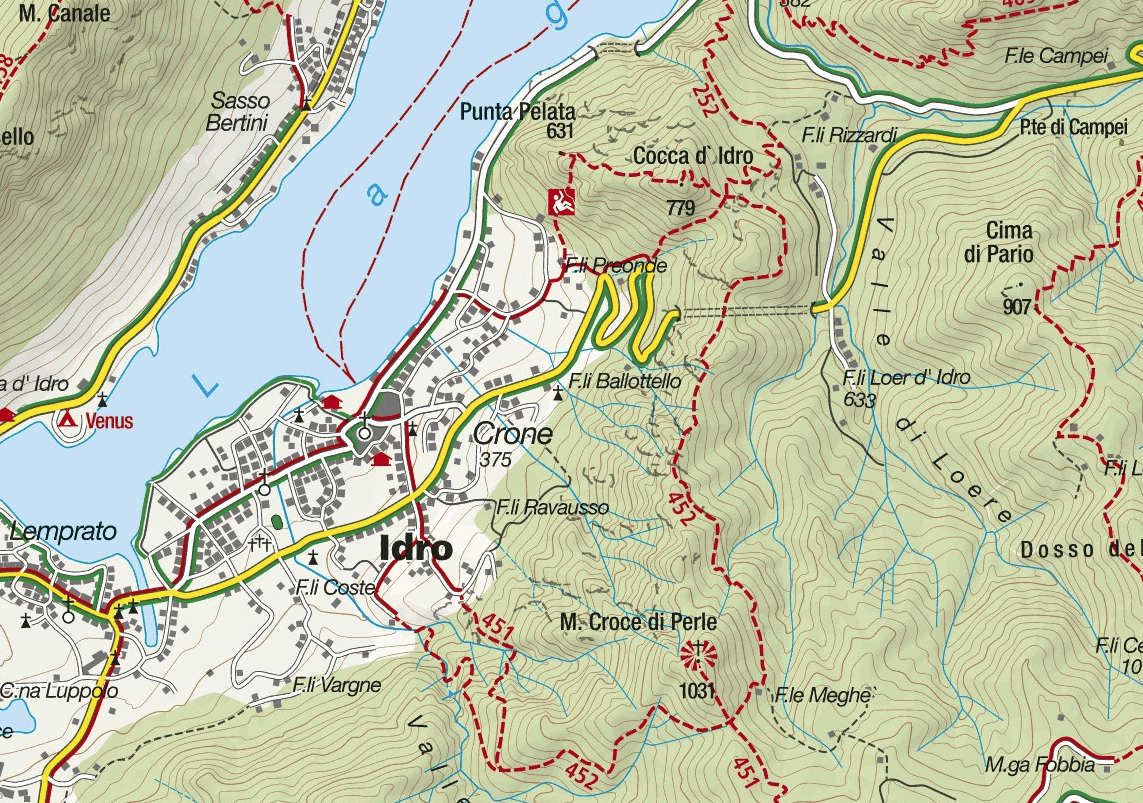 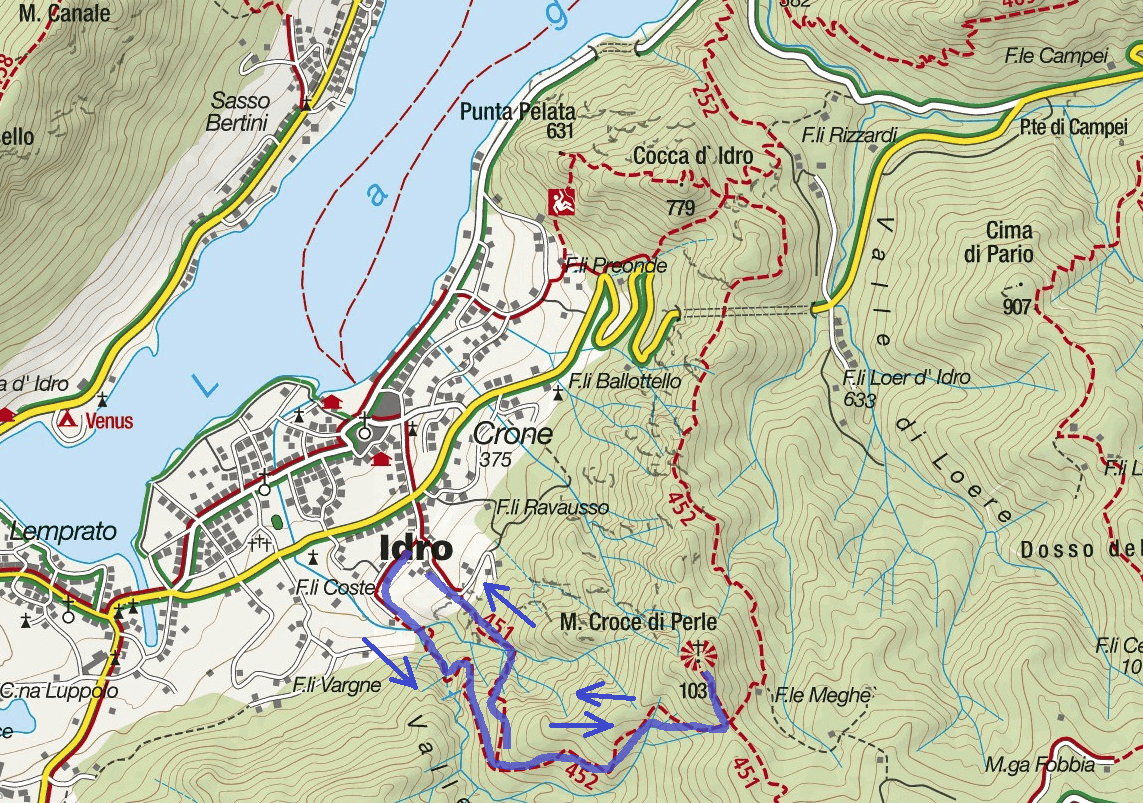 Images Aided Path of the Hydro Falls. The images included in the report were sent to us by the users of the site. If you are interested in sending us photos, use the form on the left or send them to our Facebook page. 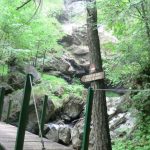 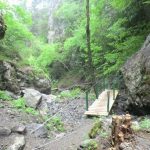 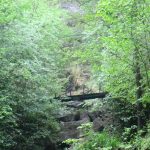 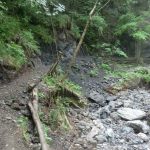 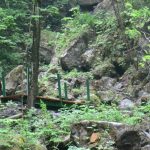 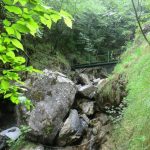 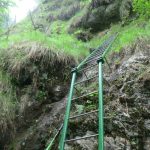 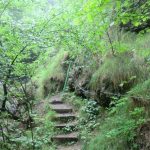 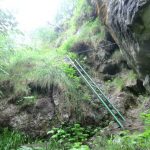 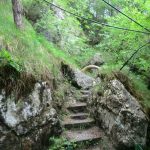 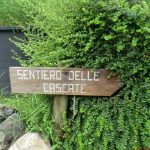 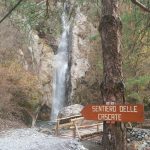 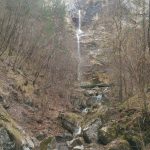 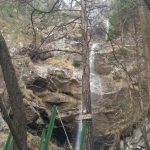 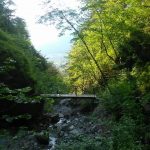 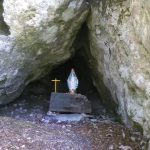 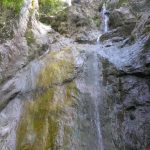 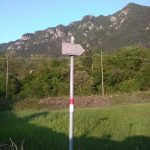 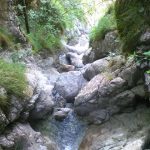 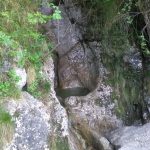 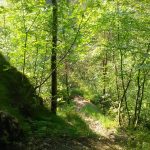 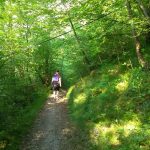 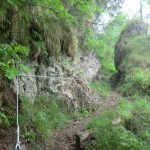 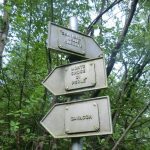 Weather Aided Path of the Hydro Falls in Anfo (Brescia).