Review of the Aided path to the Cengia Veronesi. A technically difficult itinerary that is nevertheless very exposed and not to be underestimated for the approach that requires tracing a stretch of the difficult Ferrata Tomaselli. Itinerary with magnificent landscapes.

The quickest way to reach the Cengia Veronesi start is equal to the approach of the Ferrata Tomaselli. You have to reach Passo Falzarego (2105 m) and take the cable car ascending to Rifugio Lagazuoi. Passo Falzarego can be reached from Cortina d'Ampezzo, from San Cassiano in Val Badia or from Alleghe (Belluno). At the pass we park in thelarge square near the valley station. Directions for Google Maps available here.

To take the Cengia Veronesi towards Fanis - Forcella Lech there are 3 options in increasing order of physical effort:

The report considers option 2 for timing and the rest of the report.

From the second ledge after the Tomaselli start we will have to pay attention to a crossroads where the Tomaselli Ferrata continues to the right while the Cengia Veronesi proceed to the left with unfortunately faded signs. We begin immediately to cover a stretch of exposed ledge and unaided followed by a decidedly more exposed and narrow section, slightly downhill but assured. After this stretch we go up a gully until we reach a saddle. We always continue to the left until we meet a cave (meeting point with approach 3). You can walk through the tunnel (100m) with frontal light and you reach the opposite side of Cima Fanis.

If you proceed in the long ledge follow the trail that leads you between modest up and down on exposed stretches up to an edge that we bypass alternating some sections aided with long stretches (also very exposed) where there is no protection. The ledge extends with to our left a considerable precipice and requires firm foot while not presenting significant technical difficulties. We continue along the ledge until we reach a first saddle between Cima Fanis and Piz Scottoni and we continue now in less exposure towards the Forcella Lech where we end the Aided path of the Cengia Veronesi (1h 15 'from the deviation of the Ferrata Tomaselli - 3h total).

From Forcella Lech (2486 m) we go down a steep detrital gully that will make us quickly lose altitude towards the Lake of Lagazuoi. Before reaching the lavo it is possible to keep the left at a crossroads and not lose too much altitude to engage later on path 20 which salt in Forcella Lagazuoi from which we will return to the top station of the cable car to return to the car park (2h from Forcella Lech - 5h total).

The Cengia Veronesi is a difficult itinerary to classify in terms of difficulty. The ledge itself is very exposed and sometimes not aided but for the experienced hiker with a firm foot it will not present problems, on the contrary it will be really pleasant combining beautiful landscapes with an itinerary without excessive difficulties. The high and constant exposure however could create problems for those who sin of experience. It must also be kept in mind that reaching the Cengia Veronesi requires tracing a stretch of the difficult Ferrata Tomaselli and that this should not be ignored. You could even get around this difficulty but the path is not well marked and can be difficult to spot.

As described in the report, the Tomaselli Ferrata is the natural combination of the Cengia Veronesi. However the area is rich in other aided routes and if you have more days available you can combine many other itineraries with this interesting tour. From Rifugio Lagazuoi it is possible to take the Aided path of the Kaiserjagers as well as from Forcella Travenazes you could go down the direction of the Col dei Bos to take the demanding Ferrata of the Alpine Brigade. On the opposite side of Passo Falzarego you can take the less difficult via ferrata to theAverau and to the Ra Gusela in the direction of Cortina or the recent one Ferrata Fusetti towards the Val Badia. 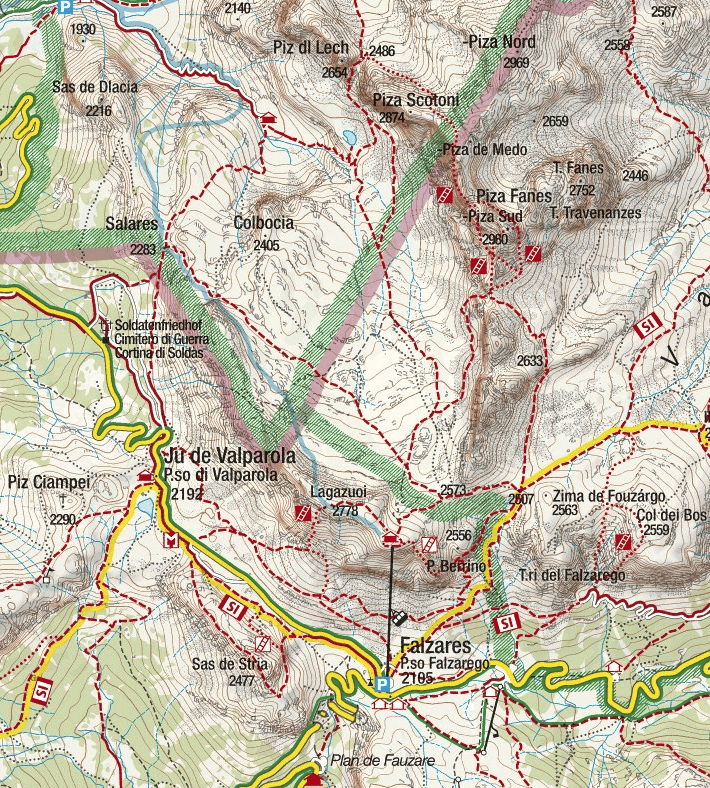 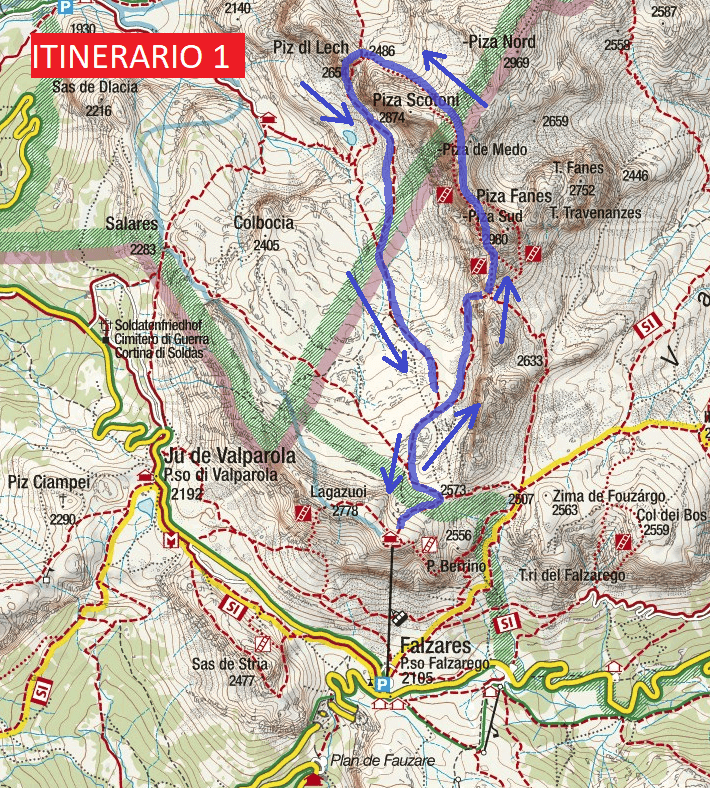 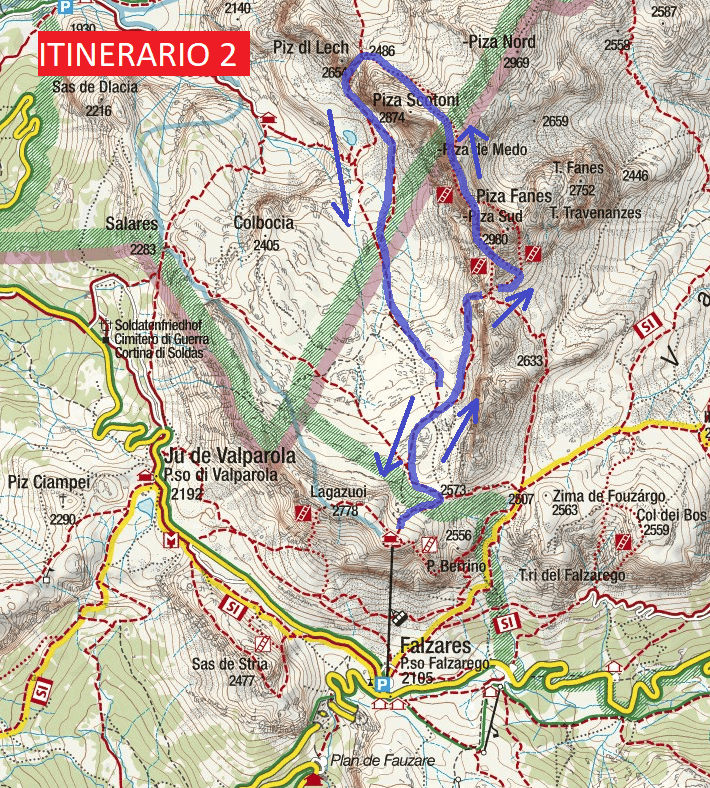 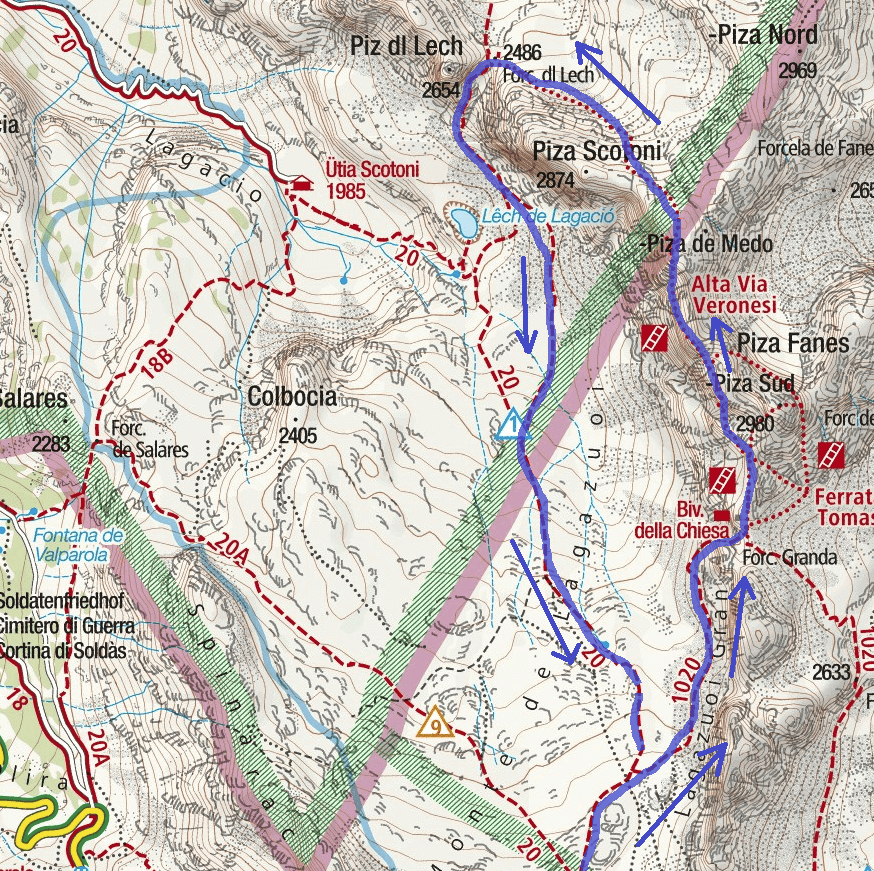 Images Aided path of Cengia Veronesi. The images included in the report were sent to us by the users of the site. If you are interested in sending us photos, use the form on the left or send them to our Facebook page. 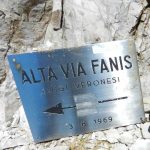 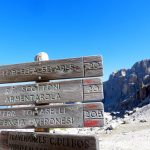 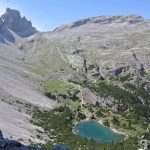 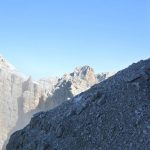 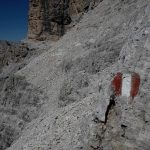 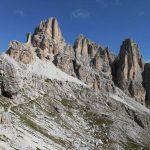 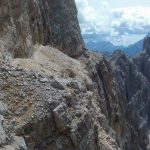 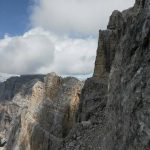 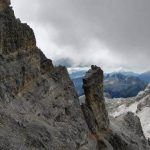 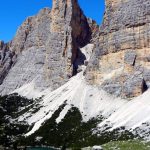 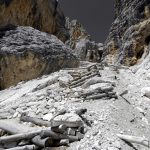 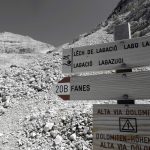 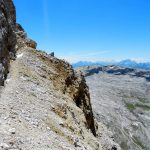 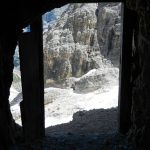 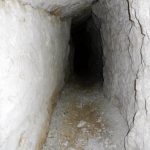