Aided Path of the Cresta Giumenta

The Aided path of the Cresta Giumenta is a panoramic ridge path that extends between Monte Magnodeno and Passo Fò under the Resegone. The itinerary is very scenic and in some places exposed but aided with chains for self-insurance. The path is passable in both directions, although in the Magnodeno-Passo Fò sense it is easier to walk along the more difficult uphill sections.

If you intend to take the path starting from the Magnodeno, from the parking lot you will take the path 1 which proceeds in the direction of Rifugio Stoppani. You will have to follow the indications that after about 30 minutes they will indicate on the left the Path 1 (Rifugio Stoppani) and straight on keeping to the right with indications for the Rifugio Azzoni and Campo de Boi. We will hold the right. Further on in the path we will find a crossroads with signs to the left for Trail 1 towards Erna and Rifugio Azzoni and straight ahead with Trail 25A for the Magnodeno Hut. We continue straight ahead until we cross the Brione Torrent (it is also possible to use a wooden bridge). Continue on Trail 25A ignoring the various crossroads and go up to the Hut (2h from the parking lot) from where the trail starts.

If, on the other hand, you want to take the path from Passo Fò to Magnodeno, you will have to reach the pass from the top station of the Piani d'Erna cableway along Trail 5 (50 ') or by climbing up from the parking lot, following path 1 up to the junction with Trail 6 (1h 30 ').

We could also opt to leave from Evre or from other towns in the Lecco area that we do not present in this report.

In this report we consider the description in the sense Monte Magnodeno - Passo Fò.

From the summit of Monte Magnodeno we descend a few meters helping each other with some chains until we reach a first saddle for the Capanna Alpinisti Monzesi. We continue for a while in that direction until we reach a fountain and a bench. Here we will have a marked crossroads where we will keep the left towards the Cresta di Giumenta.

We set off along the path coming out of the woods with a half-hill section up to the sign for the start of the aided path. We will begin by going down a stretch down on slippery rocks and then up and down down along a second aided stretch. At the end of this stretch, a long stretch of ridge, not difficult but exposed. The chain is present along almost the entire route. We go up a tower and find in front of us the ridge that continues towards the most challenging and satisfying section of the road: a series of towers that will make us gain the Cima del Fò.

The southern part of the Cima del Fò is composed of a is composed of a series of towers that we will partly climb and partly we will circumvent by using the chain in support and in some cases the rope with sheath. In particular, a couple of small walls stand out, not long but certainly more climbable than the sections traveled up to that point. At the end of an exposed tower, we return to the ridge up to a first gully more difficult technically than the previous ones. We begin now a latch between towers and saddles first groove which is technically more difficult than the previous sections. Now begins a ups and downs between towers and saddles that will take the next 10-15 minutes to reach the Cima Fò with its cross (1348 m). Visible from here the Azzoni Hut on the peak of the nearby Resegone.

From the top you go down to a saddle where on the right a escape route starts, which avoids the last difficult stretches or on the left continues along the aided path. From the saddle continue on the ridge until you reach the key passage of the path. You enter a gully that as you climb takes the form of a chimney. Go up this challenging stretch for ten meters reaching the last stretch of the path. Go up a few short rocky pillars until you reach the Monument to the Fallen of the Monteain and then to the Passo Fò (1h 30 'from the start - 3h 30' total) under the bastion on which the Ferrata of the Centenary to the Resegone and Aided path of the Caminetto, natural continuations of the path.

For the descent it will be necessary to consider the direction in which the route has been taken. The two approach options could be considered as the two options from which to descend at the end of the path, reducing the time required by an indicative twenty percent.

Although the aided path of the Mare is not difficult, some sections are exposed and if you walk downhill they certainly require more attention and a firm foot. For this reason this path is generally traveled towards Magnodeno-Passo Fò. The two slightly more difficult sections - the tower near Passo Fò and the canalino - can be bypassed with a path that starts to the left before the tower.

If you start from Lecco to Piani d'Erna you could link the Cresta della Giumenta with the Ferrata del Centenario or the aided path of the Caminetto, both close to Passo Foo. In this case, it is advisable to follow the aided path towards Bivacco Magnodeno - Capanna Alpinisti Monzesi and then descend by cable car from Piani d'Erna. Still at the Resegone there are other ways, including the Via Ferrata Gamma 1, the Via Ferrata Gamma 2 and Canale Bobbio.

Traccia GPS per Sentiero Attrezzato della Cresta Giumenta. Itinerary: as per description above. 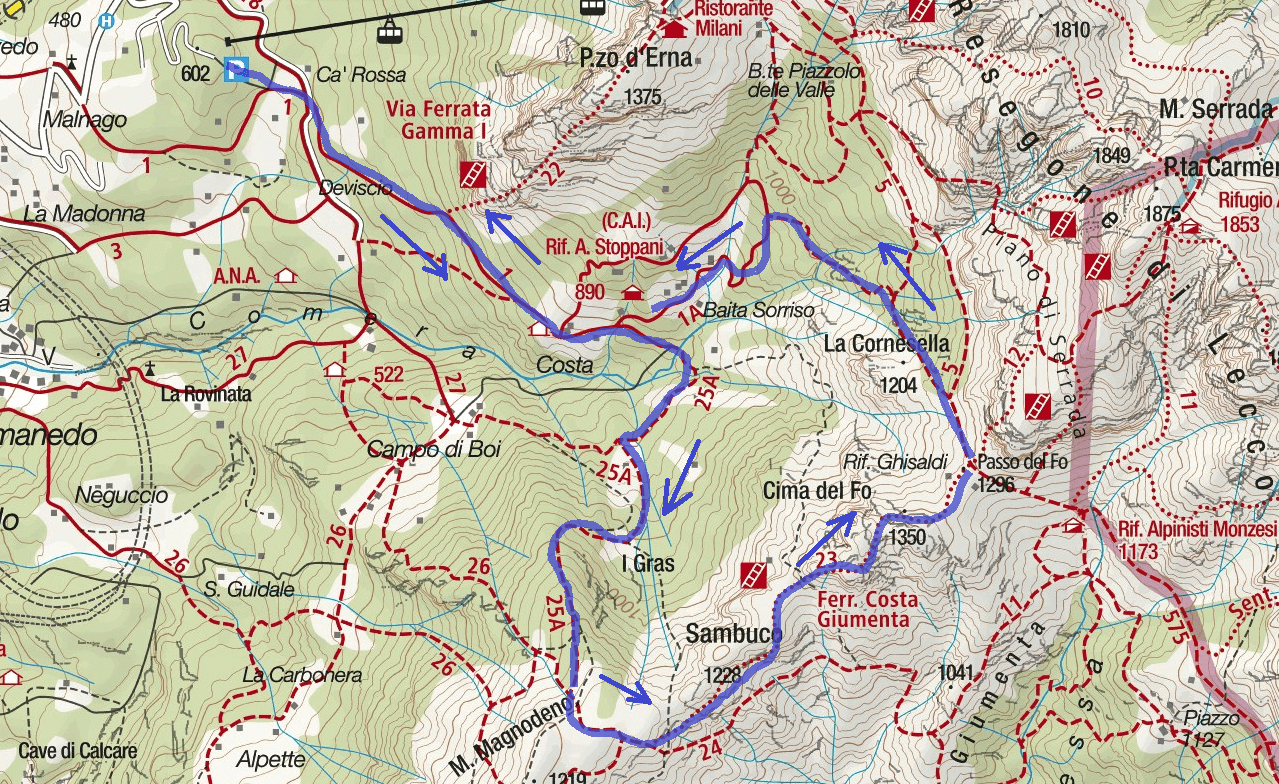 Images Aided Path of the Cresta Giumenta. The images included in the report were sent to us by the users of the site. If you are interested in sending us photos, use the form on the left or send them to our Facebook page. 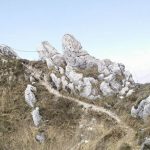 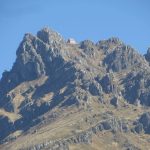 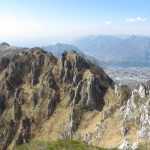 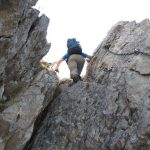 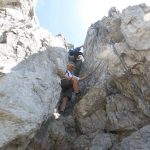 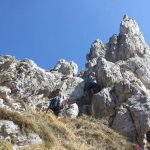 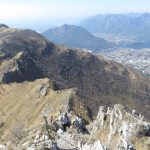 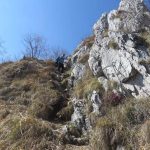 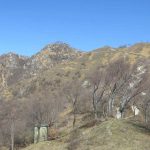 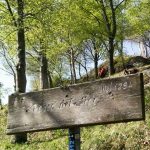 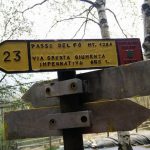 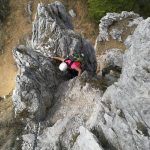 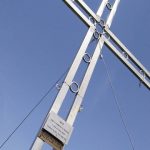 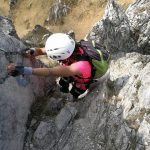 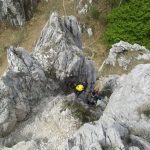 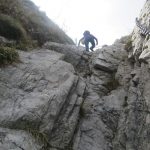 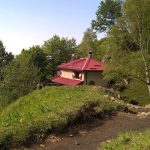 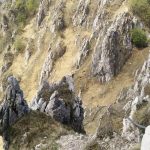 Webcam Aided Path of the Cresta Giumenta in the Lecco area.