Aided Path of the Sinigaglia Ridge

The Aided path of the Sinigaglia Ridge is one of the possible ascent routes to the Southern Grigna coming from Piani Resinelli. Compared to its nearby Cresta Cermenati it is less beaten and more difficult, while remaining on moderate technical difficulties. The last section has a high exposure even with limited climbing technical difficulties.

The starting point is Piani dei Resinelli in the province of Lecco. From Ballabio you climb up the left slope uphill and, after the many hairpin bends, near the big brown welcome sign, you go uphill for another hairpin bend. Go up briefly and at the next junction keep left continuing on the narrow paved road to a parking lot near a barrier.

From the parking lot it is possible to reach the Rifugio Carlo Porta in 5 minutes and continue along the path 1 / 2 which continues into the woods. As we continue in the woods we will first meet a saddle to the right that leads to the Soldanella Hut, which we will ignore, then we will exit the woods and find another saddle where on the left (path 2) we go up the Canalone Porta. We will ignore both crossroads and continue along path 1 to the Crest Sinigaglia going up steeply in a north-eastern direction. We continue uphill on the path ignoring the crossroads for alpine routes until we reach a helicopter landing pad. We continue straight ahead and ignore some saddles with mountaineering ascents that lead to the left. We ignore the path 3 which leads us down to the Canalone Porta and we reach the first aided parts (2h from the parking lot).

The aided stretch begins with exposed traverse (Salto del Gatto) where the metal wire with black sheath helps to pass in greater safety depositing us at the beginning of a rocky gully that we will ascend. Back up the gully we are at the Bocca del Vento (2065 m) and finally we see the top of the Southern Grigna. We continue along the ridge of trail 1 in a westerly direction ignoring the path that goes down to the right along the very steep Canalino della Federazione. After the crossroads 10 minutes to reach the top of the summit and we have to go up the last aided section with big chains. The equipment helps us to go up a series of rocks first and a last exposed wall that helps us to reach the Shelter Ferrario and the summit cross (45 'from the Salto del Gatto - 2h 45' total).

From the Southern Grigna the path most used to return to the Carlo Porta Hut is path 7 along the Cresta Cermenati. This path is not difficult but generally quite crowded and a bit slippery. In about 1h 30 'it takes us back to the shelter (4h total).

Two aided sections deserve a moment of attention in this aided path: the "Salto del Gatto" and the last aided stretch that takes us to the top of the peak. They are not difficult passages but they are exposed and require a minimum of experience.

If you decide to follow a multi-day itinerary and go towards the Northern Grigna, you could evaluate the Ferrata of CAI Mandello.

Traccia GPS per Sentiero Attrezzato della Cresta Sinigaglia. Itinerary: as per description above. 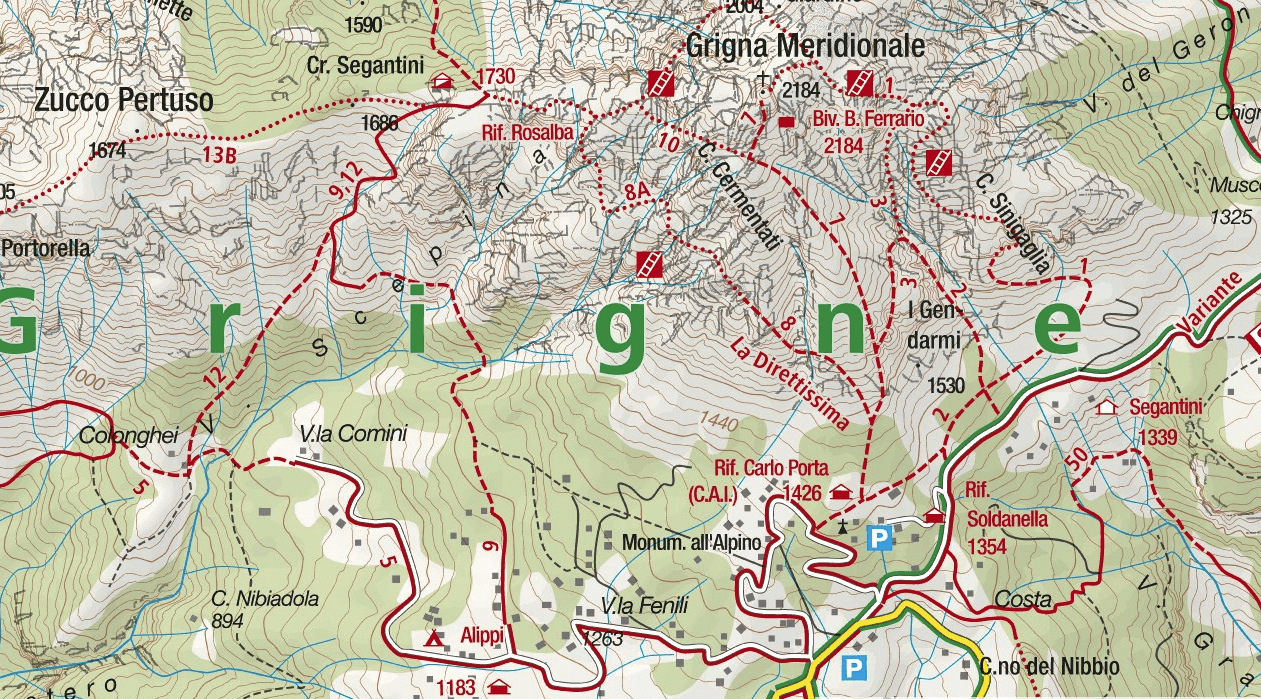 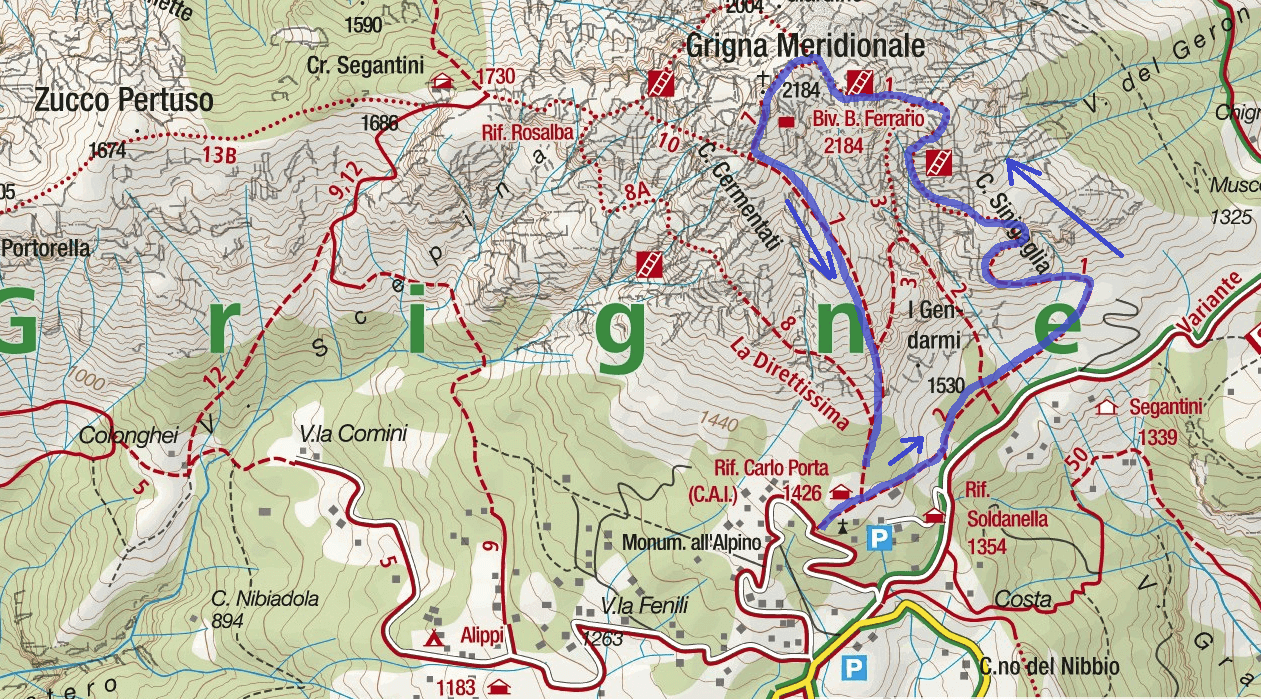 Images Aided Path of the Sinigaglia Ridge. The images included in the report were sent to us by the users of the site. If you are interested in sending us photos, use the form on the left or send them to our Facebook page. 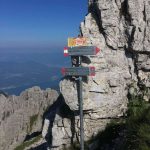 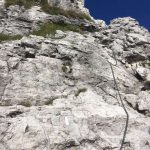 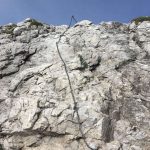 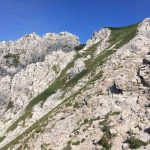 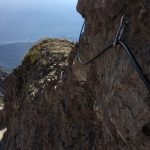 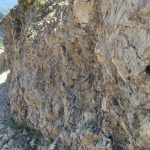 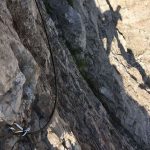 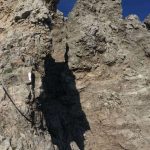 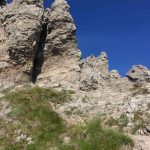 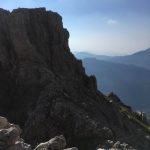 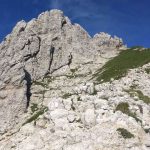 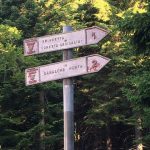 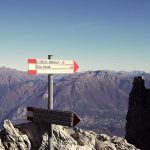