Review of the Aided Path of Ambros that runs along the sharp Cresta Pitturina located on the border between Italy and Austria between Monte Cavallino and Cima Vallona. Crest trail, definitely exposed but never too difficult. Very beautiful views of the Carnic Alps and the nearby Sesto Dolomites.

The starting point of the itinerary is Malga Melin in the municipality of San Nicolò di Comelico in the province of Belluno. Malga Melin can be reached by a narrow but paved road that starts from the town of Sega Digon, which can be reached along the SS 52 Carnica which connects San Candido (Bolzano) with Venzone (Udine). Directions for Google Maps available here.

Leave the car in Casera Melin (1673 m) follow the directions heading north along path 144 to the Bivacco Piva and the Aided path of Ambros. You initially climb steeply on path 161 then quickly keeping to the right on 144 going up a long series of switchbacks until you reach the Bivacco Piva (2250 m - 1h 15 'from the parking lot). The shelter, from singular form, recalls a military tent. Just before the shelter follow the signs to the right where we follow for Cima Vallona on path 191. We set off on a steep ascent towards Cima Vallona until we find a track that branches off to the left, leading us towards a saddle. Near the saddle, located on the border between Italy and Austria, we meet the start of the Aided path of Ambros (30 'from Bivacco Piva - 1h 45' from the parking lot).

The Aided path of Ambros extends along asharp and interesting ridge along the Italian-Austrian border that ends at Monte Cavallino. We start climbing for about fifteen meters, mainly diagonal and easy traverses, until we reach an unprotected section of the ridge. The ridge is definitely exposed but does not present difficulties. We meet a second aided stretch that makes us continue on the left side of the ridge remaining on the Italian side. We go down a few meters towards a rocky strut and we cover stretches of ledge and traverse based on the thickness of the supports for the feet that remain very exposed but never binding. We go down to meet one cave already visible from the ridge.

Let's go up some rocks and we reach a second and then a third tunnel (a frontal torch is useful given the rather unstable ground). Yes leaves the tunnel and we reach a staircase with which we return to the ridge. We continue on the sharp ridge until we reach a wide grassy saddle where there is an escape route. We ignore the escape route and continue along the ridge we walk just below the ridge initially on Italian side, then Austrian and again in more marked descent into the Italian side. At the end of the descent we meet a chimney to go downhill to pay attention to. We continue on the path and we reach an aided saddle after which we meet the key passage. We must face a short traverse but on a slab in the passage of which attention must be paid. It is not a difficult passage but one higher than the route average.

We continue in the route facing a stretch of descent on a wall. This stretch of about 8-10 meters is well attached. We continue along the road in a connecting stretch until we come to an aided gully to climb. We reach the ridge again where now in good exposure we cover some unaided sections alternated with an aided section to reach the Highest point of the ridge. We continue on the path which leads us to the end of the Aided Path of Ambros near a block of marble that marks the border between Italy and Austria (2h from the start - about 4h total). Turning around we see the beautiful ridge just traveled from our itinerary.

From the end of the path it is possible to reach the nearby peak of the Cavallino (1h round - 1h 45 'a / r) continuing on the ridge and following the traces on the scree that lead us to some rocks and then to the summit cross.

The return to Casera Melin takes place descending to the left on the Italian side, taking path 160 which runs parallel to the ridge you have just covered until you reach the Bivacco Piva and then back along the approach path (2h from the end of the ferrata - about 6h total). There are some shorter ways along the way back down to the valley without going through the shelter. The roads are more arduous than the described path.

Although this itinerary is often referred to as the Aided Path of Ambros, it has some vertical climbing sections that probably make it closer to a via ferrata than to a simple aided path. The route does not present any particular technical difficulties, only 3-4 more challenging points. As often happens for the ridge paths, strong exposure in almost all the way. Attention to the return not marked impeccably.

The Aided path of Ambros extends on the Italian-Austrian border on Carnic Alps. Staying in this area we meet near the border with the province of Udine the Via Ferrata del Chiadenis and the Ferrata Sartor or further downstream the Aided path Simone. Continuing instead in the direction of the Sesto Dolomites towards the Passo di Monte Croce we can take many aided routes including the Ferrata Casarà, the Ferrata Mazzetta, the rogel or the Zandonella. 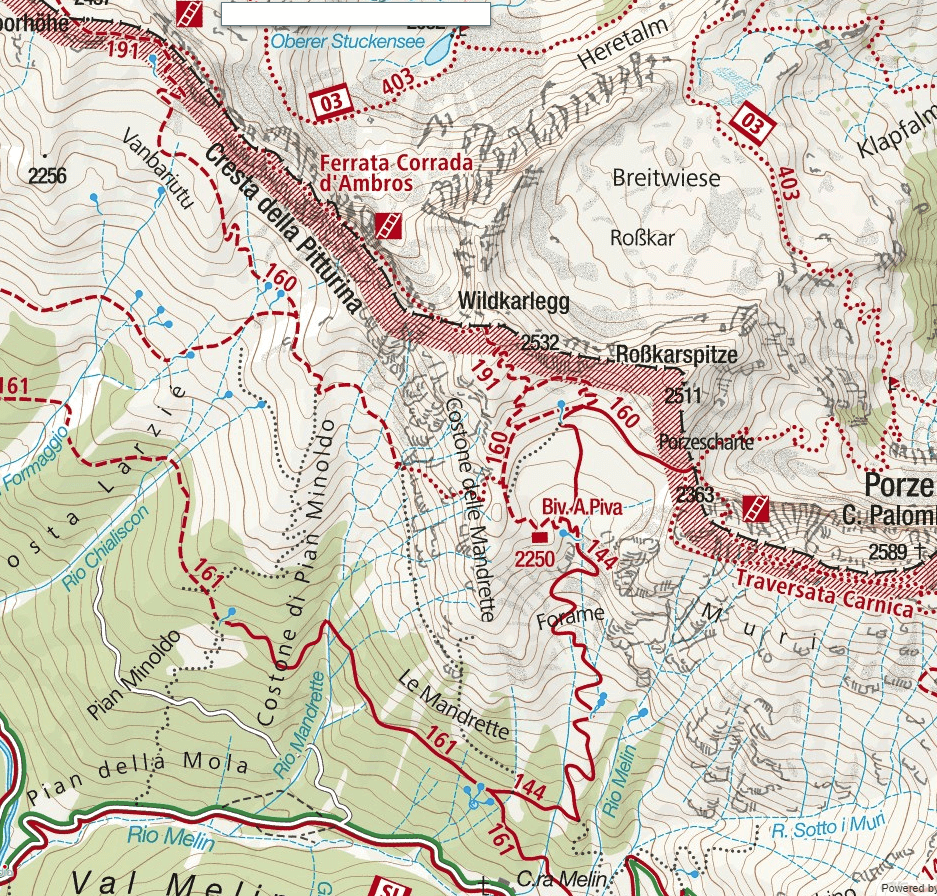 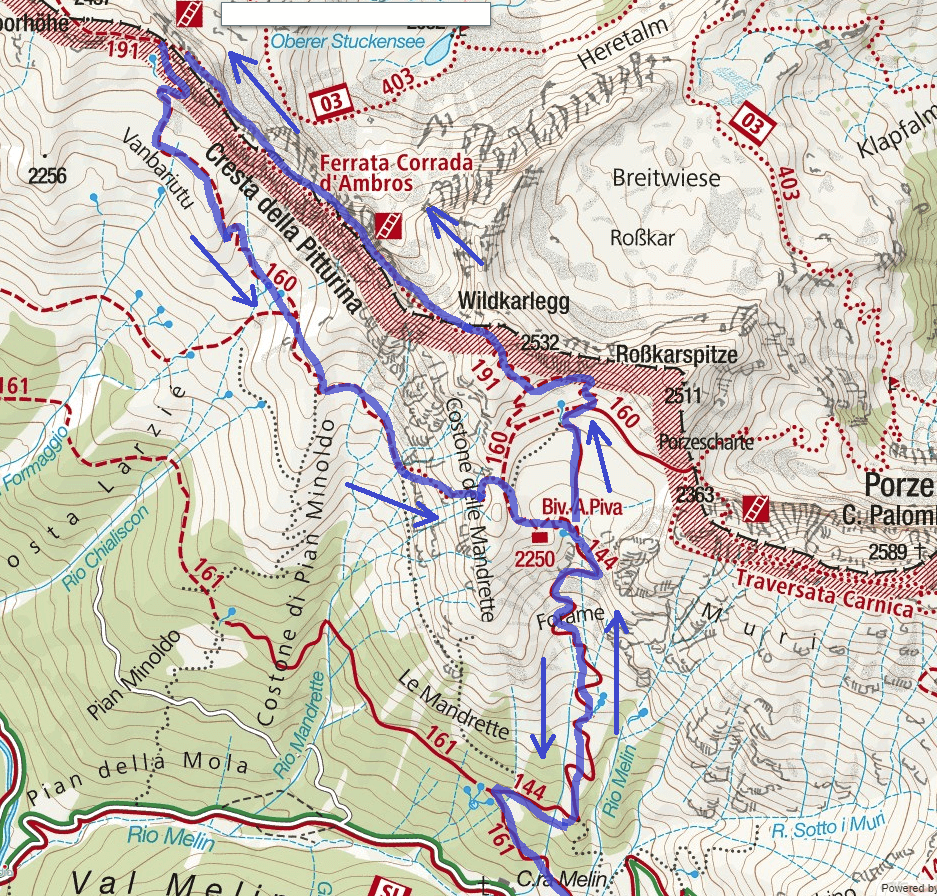 Images Ambros Aided path. The images included in the report were sent to us by the users of the site. If you are interested in sending us photos, use the form on the left or send them to our Facebook page. 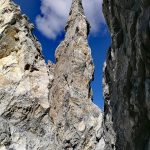 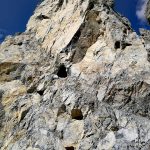 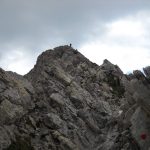 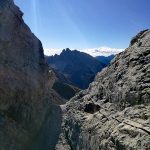 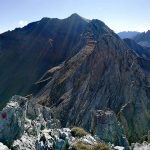 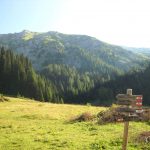 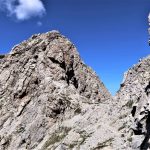 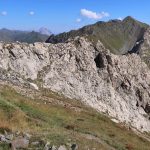 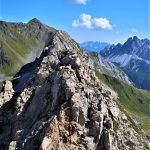 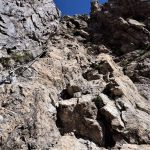 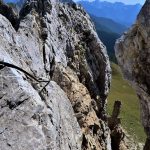 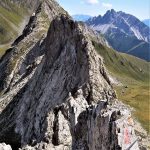 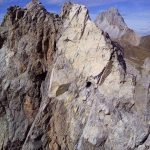 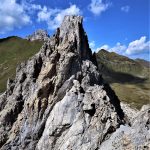 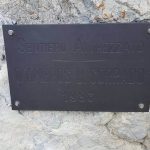 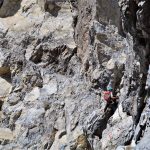 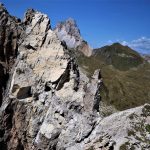 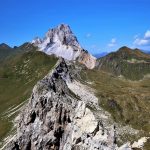 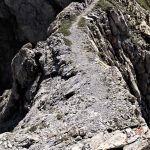 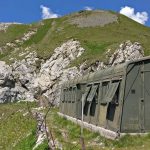 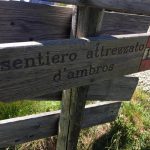 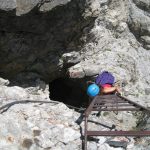