Aided Path of the Gronton

The Aided path of the Gronton is an aided path at high altitude that does not present any particular technical difficulty although the exposure present throughout the itinerary requires a certain mountain experience. The itinerary starts from Passo Lusia and climbs up to Cima Bocche and then descends to the Laghi di Lusia. Medium duration itinerary.

The starting point of the itinerary is the Passo Lusia which can be reached via a dirt road that branches off from the San Pellegrino Pass road near Moena, in the province of Trento. From Moena proceed in the direction of the San Pellegrino Pass for a few kilometers until you notice the Lusia ski lifts - which can be used if you wish to reach the hut. If you wanted to reach the hut by car you will notice a dirt road that goes up immediately after passing under the slopes. Go up the dirt road for a few kilometers to the hut. Directions for Google Maps available here.

From the Hut at the Lusia Pass (2055 m) proceed in a southerly direction following the CAI path 633 towards Cima Bocche. The path does not present problems and goes up along the meadows in modest slope until reaching Sella Lusia (2360 m). From the saddle you have one ideal view on our itinerary both forwards and backwards: on the left the ridge of the Gronton, straight ahead to us Cima Bocche and below the lakes next to which we will walk the return path.

At this point we follow the path from the saddle goes down halfway up until you reach the Redolf Shelter (2335 m) where there is a crossroads: straight down slightly the CAI 633 continues (which will be our return path), we will keep to the left the CAI 634 by the aided way of the Gronton that starts in Forcella Cajerin (2365 m - 1h 30 'from the Rifugio Lusia).

From the Forcella Cajerin we start the aided path that winds on one Austrian defense line during the Great War. The path generally extends just below the ridge except in the final section and is protected in the most exposed sections. Shortly after the start of the aided path we meet a ledge exposed with a rope that runs to our right after which we begin a series of passages on large blocks of rock that alternate with stepped stretches, remnants of military activities from a century ago. We reach a new ledge that also presents us with a harmless suspension bridge with ropes to continue towards a clearly visible saddle. We pass the saddle and lose slightly altitude along an exposed and aided ledge. We continue the not particularly steep climb until we reach the ridge that shows us the route we just took and the underlying Lakes of Lusia. Let's proceed now along the ridge in the most iconographic line the trip. Aexposed ledge that bypasses a rocky spur. We follow a last stretch of the ridge and reach a saddle: on the right we go down to the Forcella delle Bocche or on the left we climb to the top of Gronton following directions on a stone. The climb to Cima Gronton is an option that increases the number of war debris visible in the trip (1h a / r).

The trip continues going down towards Forcella delle Bocche (2543 m - 1h from the start - 2h 30 'total) before which we will notice on the left a saddle to reach Cima Bocche (2745 m). The path climbs without any particular difficulty and is recommended (1h a / r - 3h 30 'total).

From Forcella delle Bocche we return along the path 633 which descends into the valley where the Lusia lakes are present - not unusual to meet wild horses. Continue the path back to the Forcella Lusia and then to the Rifugio at Passo Lusia (2h from Forcella Bocche - 4h 30 'total without climbing to Cima Bocche - 5h 30' with ascent to Cima Bocche).

The Aided path of the Gronton is a path that does not present technical difficulties or even vertical climbing situations. Having made this necessary premise, the trip is pleasant, interesting from a historical and landscape point of view and is certainly less traveled than many other routes in the nearby valleys. The only note of difficulty is the exposure, present throughout the journey and not indifferent. The environment around the Lakes of Lusia is very characteristic.

The Aided path of the Gronton extends on the western side of the valley that leads to the San Pellegrino Pass. On the opposite side the most demanding could be covered high via Bepi Zac and Bruno Federspiel both far longer and more demanding than the climb to the Gronton. Returning to Moena you could proceed in the direction of the Latemar for the Ferrata Campanili del Latemar or go down to Val di Fiemme for the short and not very demanding Via Ferrata Attilio Sieff.

Images Gronton Aided path. The images included in the report were sent to us by the users of the site. If you are interested in sending us photos, use the form on the left or send them to our Facebook page. 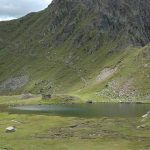 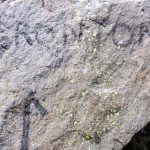 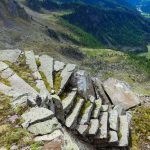 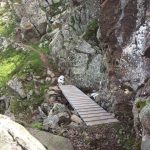 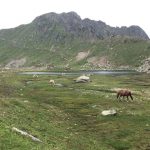 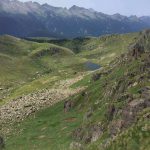 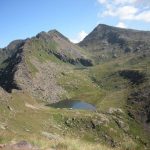 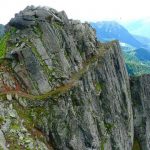 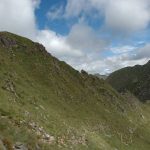 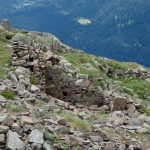 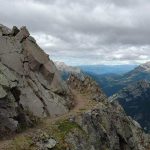 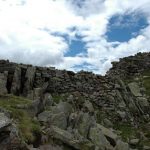 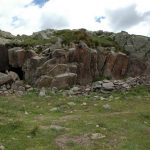 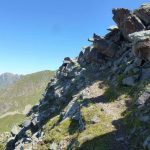 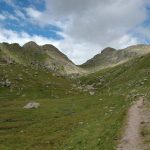 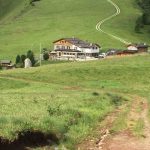 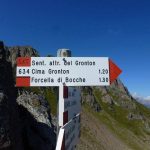 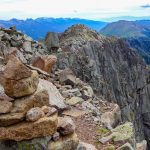 Weather Aided Path of the Gronton in the locality of Moena (Trento).

Webcam Aided path of the Gronton in the town of Lusia - Bellamonte.