Aided path of the Vofrede

The Aided path of Vofrede (or as called by some the Ferrata dello Sperone) is not a difficult itinerary but with breathtaking views that goes up the Cignana valley surrounded by beautiful alpine lakes. We will reach Mont Rous with a ring return in a very satisfying tour.

The starting point is along the road that leads to Breuil-Cervinia that goes up the valley from Chatillon. in the province of Aosta. Go past the village of Valtounenche, continue past the Perreres hydroelectric power station until you see an area where you work the sand on the left. Along a straight you will notice a dirt road that descends in that direction. Before crossing the bridge, park at the side of the road. If the entrance to the dirt road is not possible due to work (2017), continue for a few meters on the main road with the possibility of parking on the right in an open space slightly extending the trip. Directions for Google Maps available here.

From the parking lot, cross the bridge over the Marmore stream, turning right towards the small lake for sport fishing (closed since 2016). The wide path that goes up the valley of the Creton torrent is taken near the sign of no entry. Continue up to a small pole with the trail markers of the various paths. We will keep track 9 with yellow signs. You will come to a stretch where the path bends to the left and we will cross a stream and go up a steep stretch on live rock. Continuing along an easy path, you reach a crossroads where on the left you proceed towards the Vofrede glacier. We will keep the right going straight along the moraine, climbing again for a few bends until we reach the start of the Vofrede Aided path (2h from the parking lot).

The first section of the ferrata takes place on a horizontal traverse, exposed but with plenty of space for the feet. We go around an unmarked edge and start to climb some easy rocks. Momentarily the metal equipment ends and the trace is followed until it reaches a vertical wall in which it is possible to climb easily secured by the cable. Continue along the route, reaching some steep slopes in which the climb is easy, thus reaching a balcony on the underlying Vofrede glacier. From the small terrace we face a not difficult vertical wall of some meters that leads us to a second panoramic balcony beyond which the vertical section continues. Continue along the non-difficult path that leads up to cross a crack in the rock now near the end of the via ferrata. The last ten meters are covered and on the slabau below the Castelletto Whymper the Aided path of the Vofrede ends (1h 30 'from the start - 3h 30' total).

From the end of the ferrata, continue westwards (left) along the stony ground towards the Colle di Vofrede (3130m highest point of the hike - 4h total) following the yellow signs and the cairns.

From the Colle di Vofrede descend towards the west towards the Gran Lago following the trail and then along the debris until you reach the basin on its eastern side. Follow the retaining wall towards the valley until you reach a small ruin with a broken roof. From this small building you take the path that shortly after connects to a wider path that goes up the wall where the Perucca Vuillermoz Hut is located. From the hut, follow path 6 - Alta via 3 in the direction of the Manenti shelter along the various bends. This small shelter is at the edge of Lake Balanselmo. Continue along a long stretch along the hillside reaching the Alpe di Chevalley. Continue for a stretch on a dirt road until you reach a saddle from which we will take the path 107. Keep the left towards the La Riondè hut continuing towards the now visible sand pit and then to the parking lot (3h 30 'from the end of the path aided - 7h 30 'total).

At the end of the Aided path of the Vofrede and arrived at the Hill, it is less than half of the trip, so it is important to assess the length of the trip. In particular, the return, although not difficult, is in a remote area and the path is not very well signposted for this could make sense to use a GPS track in particular in the event of cloudiness or fog with orientation difficulties.

If you want to lengthen the hike, a chance to reach Monte Rous (3242 m) once you reach Colle del Vofrede (30 'after the end of the aided path). From Colle del Vofrede go up towards Punta Cian following the yellow signs. You will notice on the right a path that goes up the ridge of Mont Rous. Follow the track that will momentarily be lost in the stony ground and then reappear above until it reaches the summit (30 'for the climb -50' a / r).

Along the same valley it is possible to take the challenging route Via Ferrata del Gorbeillon. The alternatives are to go all the way down to Chatillon and from there continue towards Aosta for the Ferrata Emilius or the Aided path Panorama or in the direction of Turin for the Via Ferrata Covarey. 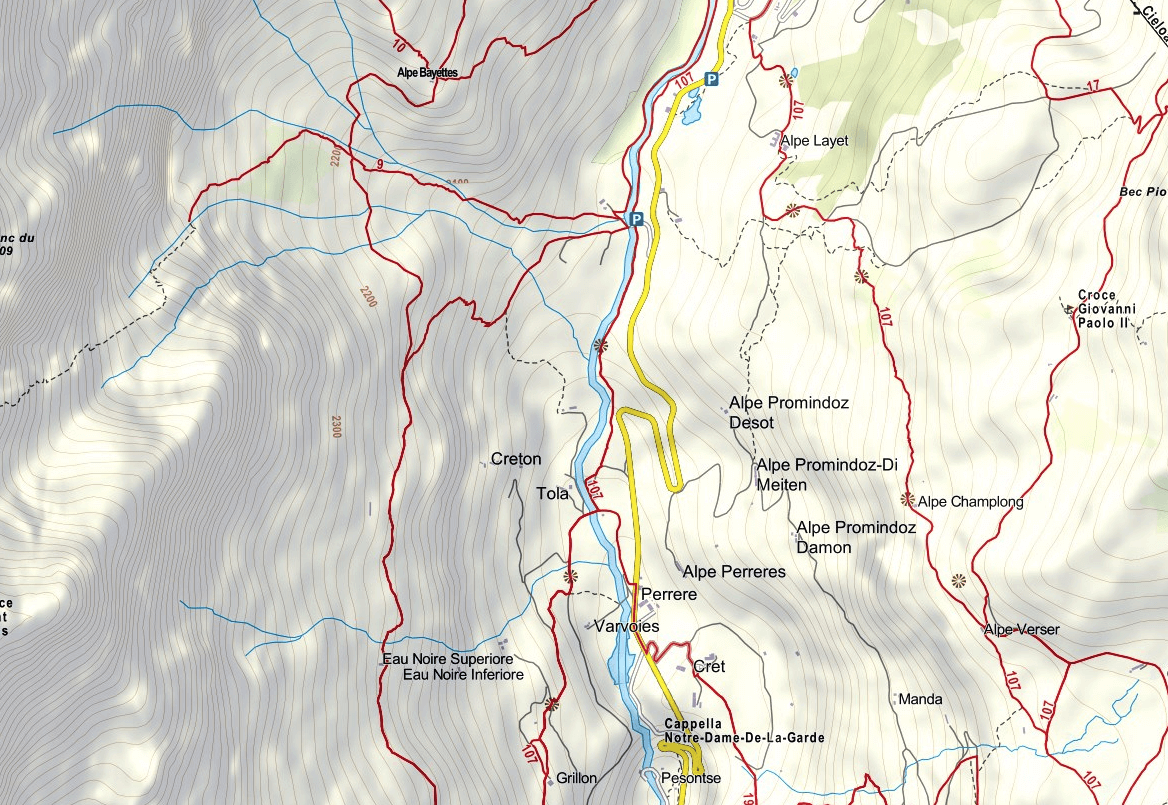 Images Vofrede Aided path. The images included in the report were sent to us by the users of the site. If you are interested in sending us photos, use the form on the left or send them to our Facebook page. 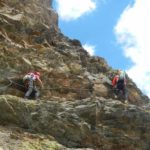 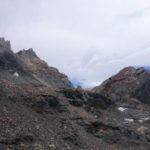 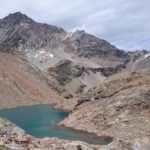 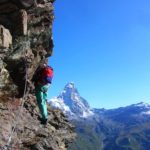 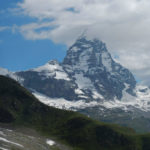