Aided path of the Palete

The challenging Aided path of the Palete is a long itinerary for expert hikers that connects Passo del Grostè with Rifugio Peller. We propose here a circular itinerary that offers many aided sections in some of the wildest and most magnificent environments of the Brenta Dolomites.

The starting point of the itinerary is the mountain station of the cable car that connects Madonna di Campiglio with the Rifugio Stoppani al Grostè. Once in Madonna di Campiglio we continue from the center of the village towards Folgarida to Passo Campo Carlo Magno and notice the large parking lot on the left for the cable cars. Directions for Google Maps available here.

Although not recommended if combined with this trip, it is possible to go up to the Stoppani Hut also through the CAI 301 path which from the pass goes back to the hut without overcoming steep slopes or difficulties the 800 meters of good leap.

The Palete Aided path is a mountaineering itinerary in one of the less traveled areas of the Brenta Dolomites. The entire trip on this path connects the Grosté Pass with the Peller Hut (1990 m) on a long day trip. In this report we propose a loop tour that starts from Passo Grostè and reaches Val Gelada going down the ferrata of the same name until it joins the Costanzi Path and returns along the Vidi Aided path.

Going up by cable car the approach is very short as the Aided path of the Palete starts from Passo Grostè (10 'from the top station of the cable car).

The Palete Aided path is a long itinerary reserved for expert hikers. The aided sections of this itinerary are not particularly demanding from a technical point of view but the trip itself requires a lot of experience, a firm foot and the ability to deal with difficult and exposed stretches.

Starting from Passo Grostè (2442 m) we will continue following the CAI 306 in a northerly direction leaving to our left the CAI 390 (Aided path Vidi) that we will cover when returning. We begin the path in a beautiful environment that initially does not present difficulties. The CAI path 306 continues in slight descent skirting the eastern part of the Pietra Grande and the Cima Vagliana until you reach a junction of a path near the Val delle Giare (2177 m - 1h from the beginning - 1h 15 'total).

As we proceed, we finally approach the rocky parts and the exposed sections begin (just in some parts are aided with ropes) that will lead us to the Passo delle Palete and then to Liveza Grande. We continue along the path some arduous traverses with gravelly bottom on which it is absolutely necessary to have a firm foot and a high concentration. After the first sections of aided path, the real one begins aided part dating a steep gully then a easy chimney. The stretch is very exposed but the technical difficulties of the aided sections are of medium difficulty. In this phase the greatest difficulty is certainly given by the unaided sections. We climb in frantic climb up to Passo delle Palete (2319 m) from which we will have a gravel and slippery gully in the direction of Livezza Grande (2184 m - 3h from the beginning - 3h 15 'total).

At this point we leave the Aided path of the Palete that will continue in the direction of the Prà Castron and Passo della Nana to take the CAI 380 on the left that goes up the Val Gelada that will lead us to the Passo di Val Gelada (2686 m). This part of the itinerary is decidedly strenuous and goes up almost 500 m in altitude. As we continue towards the inner part of the Gelada Valley we will notice straight to us one rocky bastion where some parts are aided with ropes inside a groove they allow us to go up it again without too much difficulty. We go up this part of the path surrounded by impressive vertical walls of Cima Paradiso, Cima Sassara and Sasso Alto on the right, while on the left the Gran de Formenton stands out. We face a last aided stretch and we are at the Passo di Val Gelada (2686 m - 2h from Livezza Grande - 5h 15 'total). The two aided sections tackled take the name of Via Ferrata of the Val Gelada.

The Passo di Val Gelada it is a crossroads between the path we have traveled up the Val Gelada and the Costanzi Alpine Trail (CAI 336). At this junction we will keep the left towards the Bocchetta dei Tre Sassi (2613 m). This stretch is characterized by some vertical sections aided with rope and stairs. After traversing these stretches we are in a not particularly difficult stretch of trail, thus reaching the Bocchetta dei Tre Sassi (45 'from the Passo di Val Gelada - 6h total).

From the Bocchetta dei Tre Sassi you have two options:

The equipment in the Palete Aided path where present is in excellent condition and has been recently renovated.

We must not be deceived by the difficulties of the aided sections - relatively without great difficulties. The unaided and exposed stretches are present and will make us keep our concentration high in this long hike with a decidedly alpine character in a wild and isolated environment. If you want to avoid the masses of tourists that often crowd the Brenta Dolomites in the summer months, this is a right itinerary. Beware of bad weather which in some places could make the ground even more slippery increasing the risk further. Together with the Ferrata of the Val Gelada one of the ferrate routes of the Brenta Dolomites less beaten and wilder where expert hikers will find great satisfaction.

This long itinerary is worth a whole day on its own and there are many aided sections within it that will satisfy the climbing need of ferrata enthusiasts. If you decide to continue with other routes aided in the following days, you could stay overnight at the Graffer Hut under the Grostè Pass and take the next day the Via Ferrata Benini in the direction of Ferrata delle Bocchette Alte and the Ferrata Oliva Detassis. for a long and rewarding circular route in the northern part of the Brenta Dolomites.

If we wanted to move southward into the Brenta massif, we suggest the Via Ferrata Bocchette Centrali, the Aided path Orsi and Sosat Aided Path. 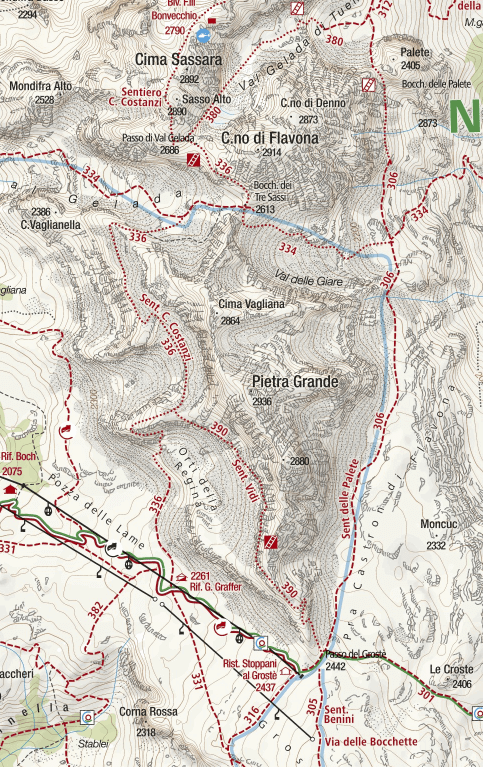 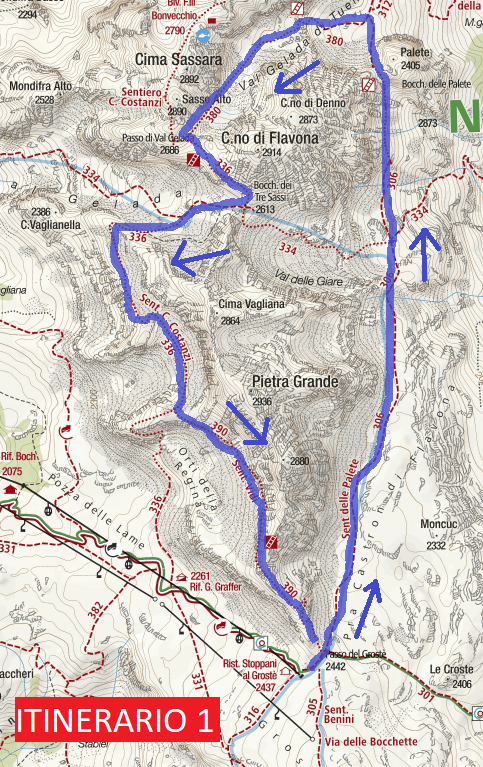 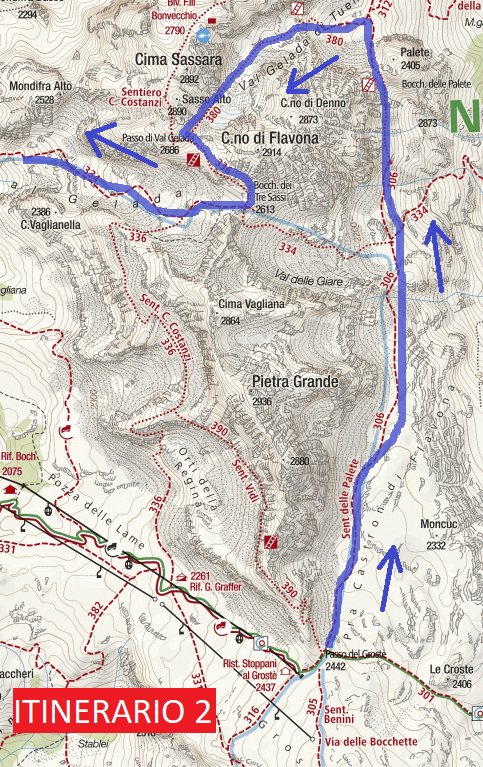 Images Aided path of the Palete. The images included in the report were sent to us by the users of the site. If you are interested in sending us photos, use the form on the left or send them to our Facebook page. 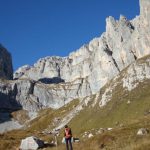 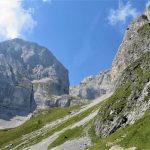 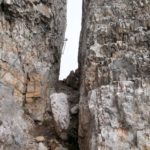 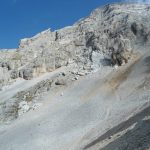 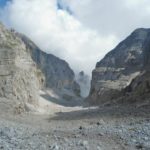 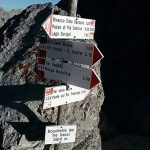 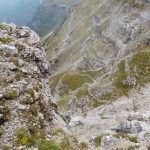 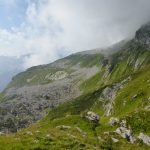 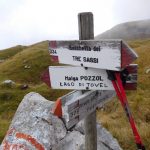 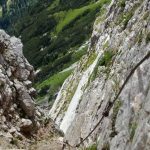 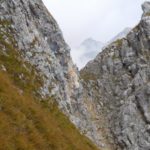 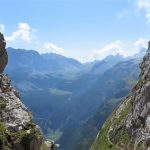 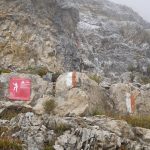 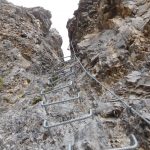 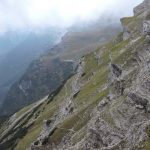 Webcam Aided path of the Palete in Passo Grosté.