Review of the Aided path named after Pasquale Baglioni on the western slope of the Pasubio on the hillside in the Valle delle Prigioni. Partly aided itinerary departing from Pian delle Fugazze. Excursion very interesting from the historical point of view with many testimonies of the fighting that took place in this stretch of the front.

The starting point is Pian delle Fugazze on the Trentino side of the border between the province of Trento and that of Vicenza reachable from Rovereto or from Schio. Once you reach the pass, park your car in the large parking lot.

Leave the car in the car park, cross the road to the north and take a steady climb up into the woods CAI path 179. The path largely follows a cart track ('Strada degli Eroi') which will also be used for the return. The path cuts through the bends of the road and reaches Malga Val di Fieno where it leaves the cart track. We keep the path and in a short time we leave the path 170 which heads towards the Rifugio Achille Papa. We follow the CAI indications for the Aided path Baglioni with signpost 141 (1645 m - 1h 15 'from the parking lot).

The path now continues on a half-hill itinerary that cuts the ridge on the Cima della Palon. The trail runs along the hillside and we meet after a few easy aided ledges while we lose altitude. The initially aided sections are more handrails than real progression aids. Beautiful view on the valleys below and on mountains that overlook the path. We then reach the step of greater commitment the trip. The equipment helps descend along a gully rocky with bottom rather unstable and landslide. We remain on the right side of the couloir also helped by some change for the feet.

From the end of the Aided Baglioni Path we will keep the trail marker 135 to the right with indications for the General Pope's Hut. At this point we will be able to opt to lose altitude and reach the hut or to continue maintaining altitude and following some galleries, war finds. We will maintain ourselves at high altitude, thus grabbing the path ascending to the Papa da Pian delle Fugazze Hut. We will take this downhill path to reach the saddleed path on the way out. At this point backwards for the outward route (about 2h 30 'from the end of the Aided Baglioni Path - 5h 45' total).

Some landslides occurred along the Baglioni aided path. The path is now restored but the signs of the landslide are visible. Beware of the fog that usually occurs in the Pasubio in the afternoon. Finally, it is worth mentioning the beautiful view of the Valle delle Prigioni along the route. Very many historical signs of the events that occurred in this area during the first World War.

The so-called Small Dolomites they are a small way in its own right. Despite the rather low altitude, the shape of the mountains in this area between Trento, Verona and Vicenza is of absolute value. The area is rich in climbing routes and classics that climb the various ridges. Among the aided routes we point out: the Falcipieri Alpinistic Trail, the Aided path to Monte Cornetto, the Ferrata Campalani and Aided path Pojesi al Carega, the Vajo Scuro and the exposureed Via Ferrata Biasin. Finally on the Gramolon we report the Ferrata Viali and his continued with the Ferrata Ezio Ferrari. 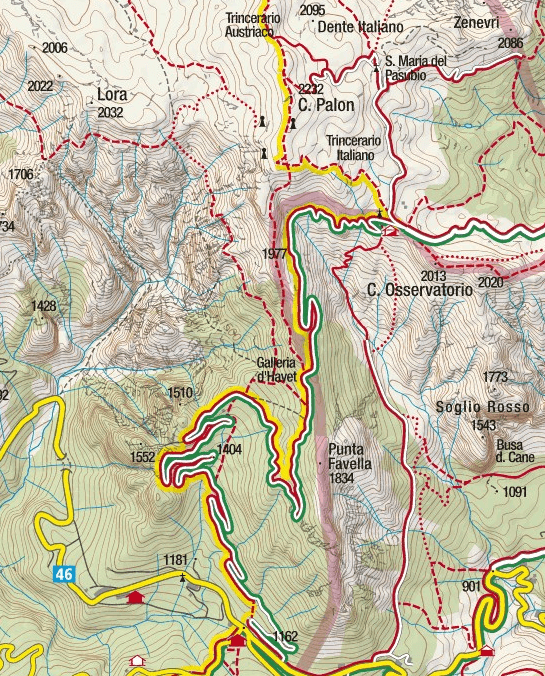 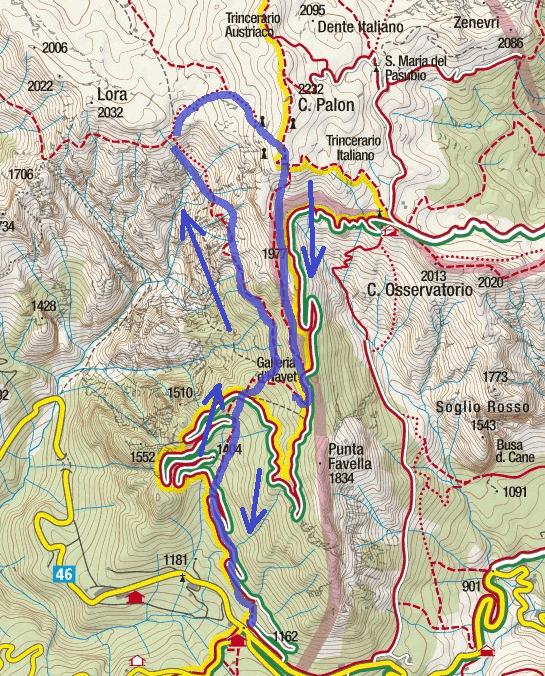 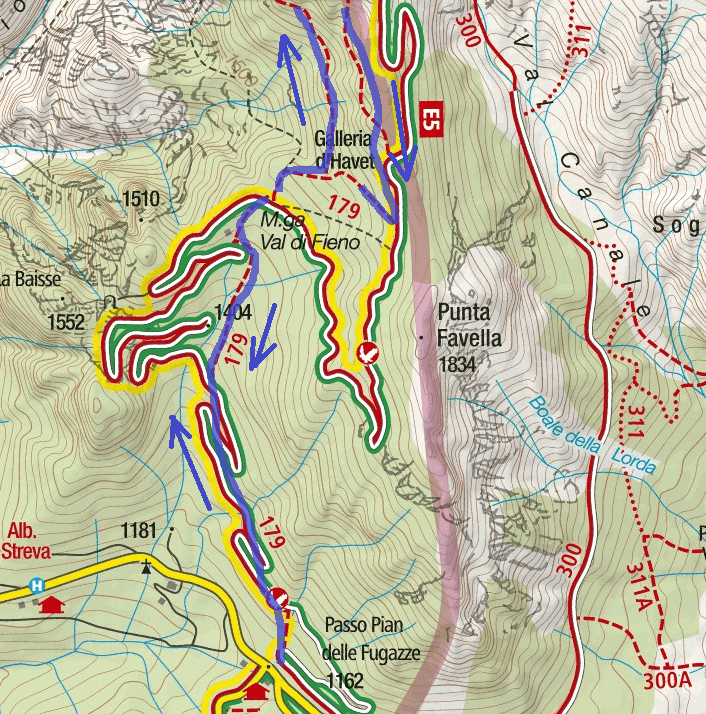 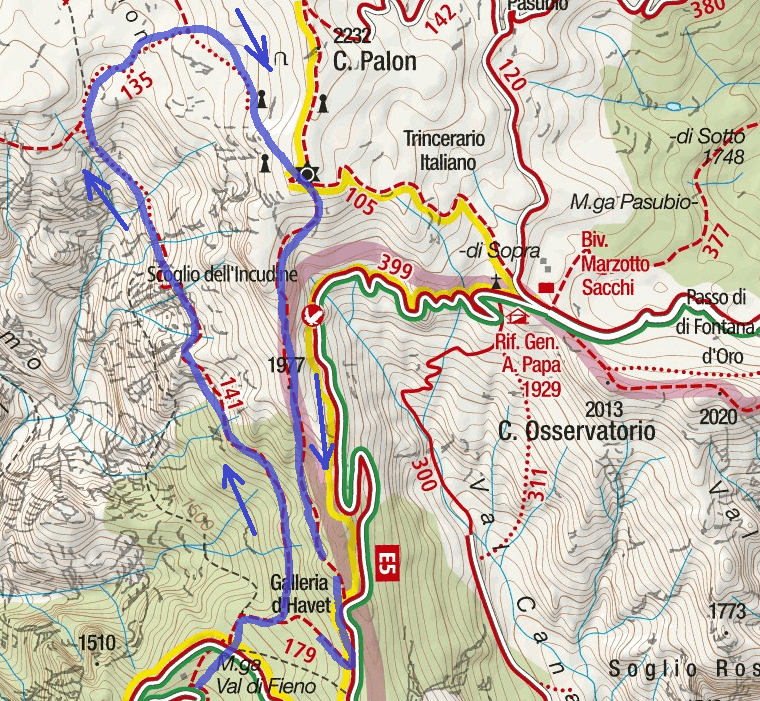 Images Baglioni Aided path. The images included in the report were sent to us by the users of the site. If you are interested in sending us photos, use the form on the left or send them to our Facebook page. 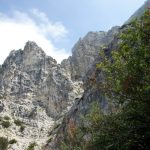 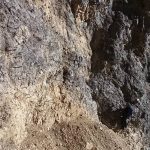 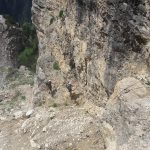 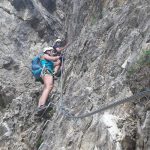 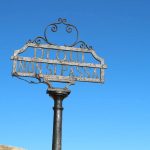 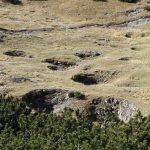 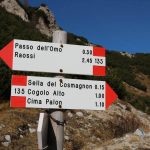 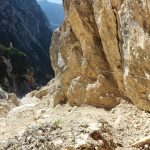 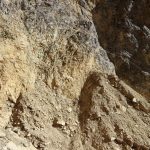 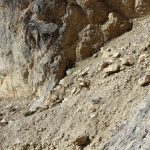 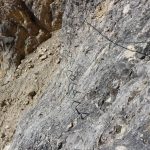 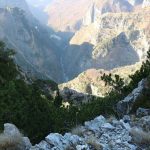 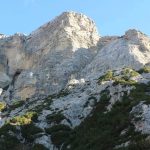 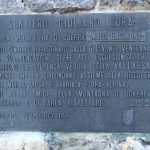 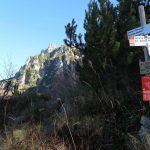 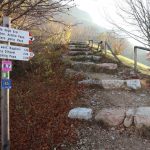 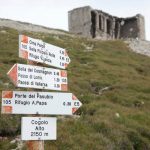