The easy path Aided to the Sass Putia it goes up the south slope of the steep rock formation starting from Passo delle Erbe. The aided path is short and is ideal for beginners and first-time people. A very rewarding landscape trip with a magnificent view of the Odle Group up to the Belluno Dolomites and the Aurine Alps.

The starting point of the itinerary is the Passo delle Erbe (1987 m) which connects the Val d'Isarco with the Val Badia. Coming from the south, it is generally reached from the A22 Chiusa exit and following the signs for Val di Funes first and then for Passo delle Erbe. Directions for Google Maps available here.

The Passo delle Erbe shows us the impressive and apparently impregnable before us north face of Sass de Putia. The ascent will be made from the southern slope which - unlike the northern slope - is much less arduous and will nevertheless be easy with a short, aided itinerary.

It starts by following the wide track marked as path 8 up to a first junction where we will keep the right along the path 8A which in the slight slope towards the east will lead us to the Forcella de Putia (2357 m). We go around the north wall and the path narrows on the western slope going up among pebble gravels where it is grafted onto path 4 (Alta Via Gunther Messner) which leads us to the Forcella de Putia (1h 30 'from the start) where we see the south side of Sass de Putia and further down the Genova mountain hut - possible point of support for the itinerary.

We follow from the Forcella de Putia the clear indications that to the left they go up again on a comfortable grassy path in direction of the wide stony plan that divides us from the peak. We are the last 150 meters of ascent that they are aided despite the passages are generally very easy. Let's start by going up one easy inclined ramp to which they follow some rocks until the single step a little more challenging. It is a matter of tracing one short chimney with an initial passage a little long that goes up anyway using a handy bracket on the right side of the crack. After this easy stretch we are near the last leaps followed by the summit cross of Sass de Putia with a magnificent one 360 degree panorama (2875 - 1h 30 'from the Forcella de Putia - 3h total).

The descent to Forcella de Putia takes place backwards for the first aided path and then the path in the meadows then (1h from the summit - 4h total). At this point you can go back along the path of the outward journey (1h 30 'from the Forcella de Putia - 5h 30' total) or (recommended) walk a wide loop. This tour starts with the 4B signpost first and then 35 which goes around the southern slope of the Sass de Putia between verdant meadows. We reach the Goma Pass (2111 m - 1h from the Forcella de Putia). At this point, keeping the left, follow the path 8B that brings us back to the parking lot (1h from the Goma Pass - 6h total).

Easy aided itinerary in a suggestive and high mountain environment. There are no exposed and technical sections and the equipment is in excellent condition and abundant to help climb the last 150 meters. Excellent marking of the paths in a corner of the Odle landscape of absolute interest.

The Path Aided to the Sass de Putia extends next to the stupendous Alta Via Gunther Messner that extends along the Odle di Eores in an isolated and very beautiful environment. It is possible to combine these two trips in two days - or in a single day if very fit and leaving early. Proceeding in the direction of Val Badia we find other very interesting aided itineraries including the Ferrata at the Sasso de la Crusc and the Sasso delle Dieci or in the direction of Corvara you can take the Via Ferrata of Peace or the Aided Path Tru Dolomieu. If we instead drive to the Val Passiria, we can reach the recent Ferrata of Stuller Falls.

Traccia GPS per Sentiero Attrezzato Sass de Putia. Itinerary: as per description above. 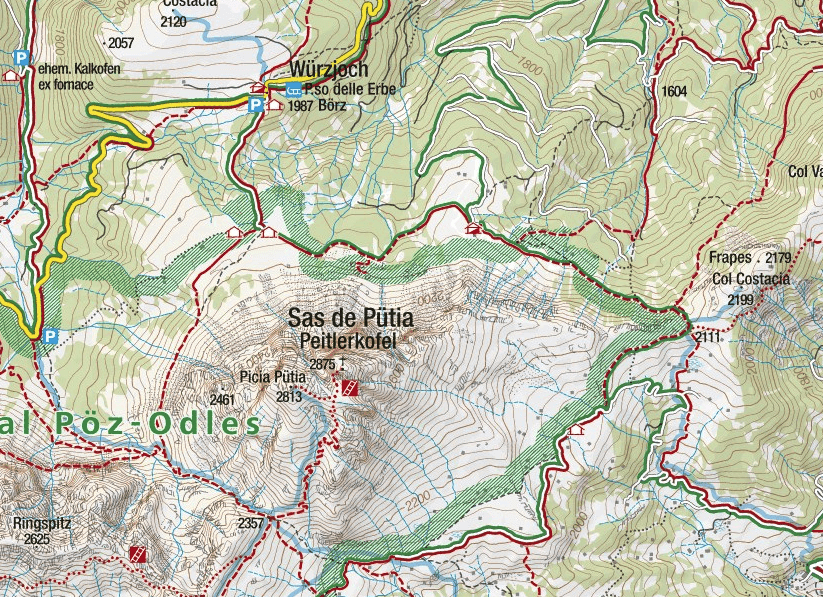 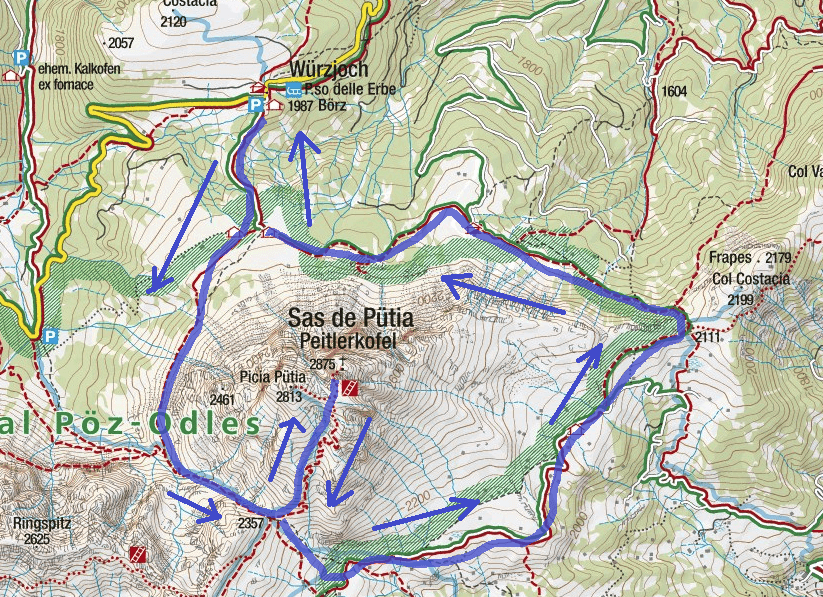 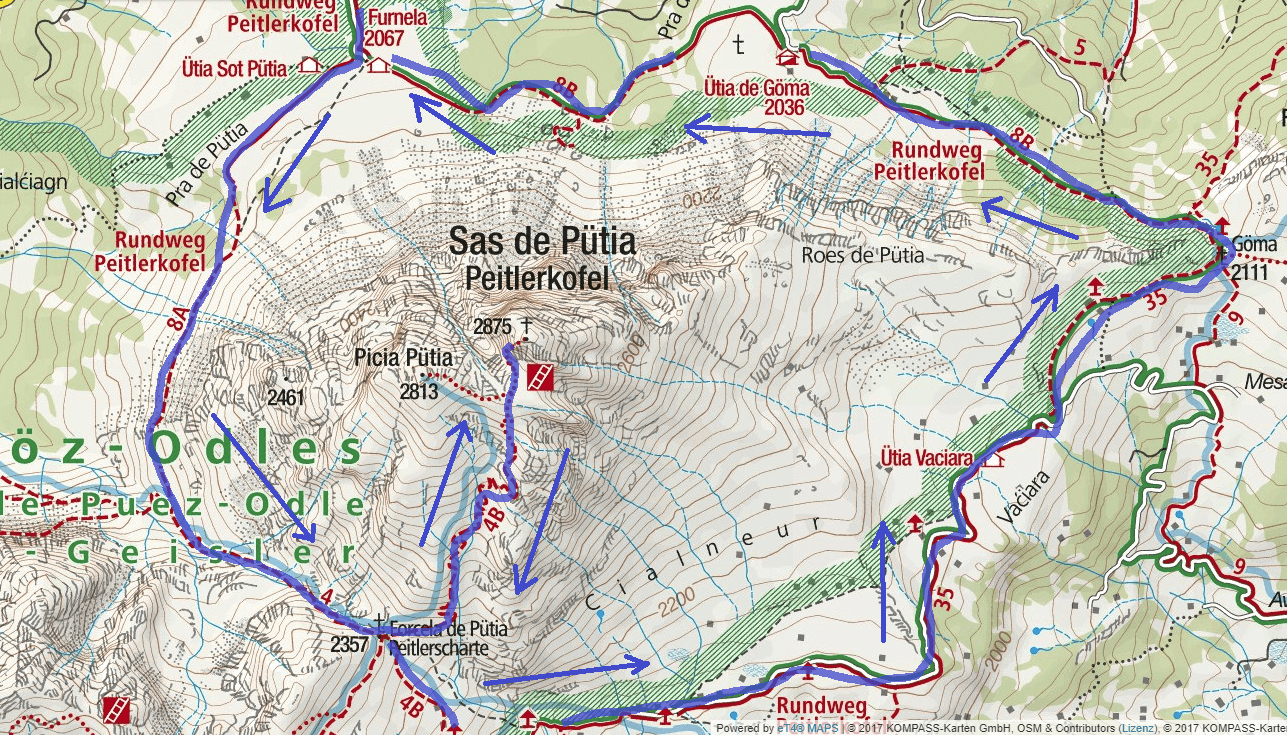 Images Sass de Putia aided path. The images included in the report were sent to us by the users of the site. If you are interested in sending us photos, use the form on the left or send them to our Facebook page. 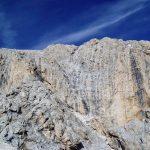 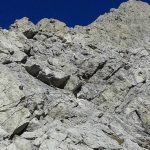 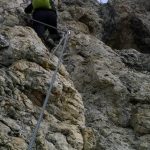 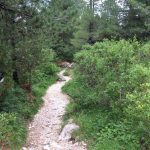 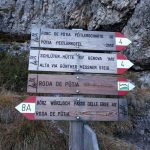 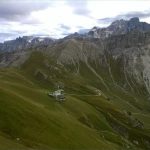 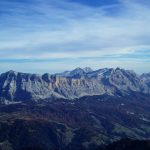 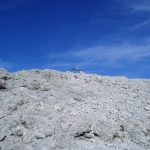 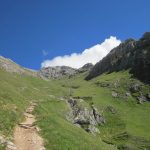 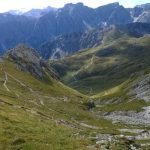 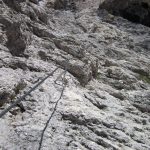 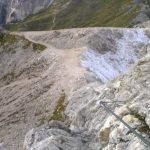 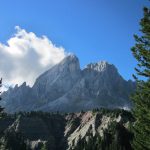