The Sasse Aided path is a very scenic aided route that runs along a stretch of the eastern slope of Lake Idro between the towns of Vesta and Baitoni. The path is passable in both directions and does not present any particular technical difficulties.

The starting point of the itinerary is La Busetta beach in the town of Vesta on the eastern shore of Lake Idro in the province of Brescia. Once in Vesta, cross the small town until the road with a curve reaches the lake. In the clearing you park and you will notice just before the parking a metal pole with the indications for the paths.

Starting from the parking lot we continue on the path marked north. We pass close to the Corna di Fenere rock-climbing wall and arrive at a junction of paths: on the right the Sentiero dei Contrabbandieri (salt trail) that we will use on the way back up, on the left the path to Prato della Fame goes down and straight ahead continues our itinerary. In short we reach the beginning of the Sasse Aided path at the Dosso della Madonnina (20 'from the parking lot).

The first section of the Sasse Aided path is downhill and will take us to lake levelWe begin a path with a wire on the right to reach an exposed ledge followed by a descending vertical section on a short wall featured by some brackets perfectly placed to lower the difficulties of the descent. We are now in the most iconographic point of the aided path namely a long strecht just above the lake. We walk a long ledge with a few rocky leaps then a easy traverse. This section leads us downhill to the suspension bridge, near which there is the first escape route of the itinerary. The bridge is well make, stable with wooden planks for the feet (30 'from the start - 50' total).

Crossed the bridge we go up an easy vertical wall with metal frames. We continue going up a couple of rocky leaps and following a stretch of path characterized by go up and down not difficult but slipery. Pay attention to two descending aided sections where it is necessary to downclimb with a traverse not difficult with dry rocks. We continue on the not difficult path and we are at the final stretch of the path where with a passage on trunks we pass through a landslide gully. We end the path near a white sign indicating the beginning of the Sasso Aided path for those starting from Baitoni (1h 30 'from the start - 1h 50' total).

From the end of the aided path, continue north on the path until you come to an iron pole that indicates the Path of the Smugglers. The path retraces the first leg path at a higher altitude. The path starts with a steep climb. We continue on the path that at times is aided in the most exposed ledges until we meet a saddle to the left that goes up the Sentiero dei Tralicci. You can consider going either way. The path of the pylons rises to a higher altitude but rejoins before the end. Following either the Sentiero dei Contrabbandieri or the Tralicci trail, you reach a junction following the approach to the Sasse Aided path. From that point backwards for the approach path to the parking lot (1h from the end of the equipment - 3h total).

The Sasse Aided path is an excellent itinerary to approach this type of aided itineraries. The airy is generally contained as are the technical difficulties. It can be covered in both directions and it is advisable to follow it avoiding periods after heavy rains, as it is often done on slippery soil. The low-altitude route is practically open all year round.

The Sasse Aided path is a beautiful itinerary that will allow us to have the energy even for any other aided route in the area of Lake of Idro. You could consider going easy Aided path to the Hydro Falls or the short one Ferrata to the Top Now. Alternatively, if you wanted to follow more difficult routes you could opt for the Via Ferrata Crench or for the Via Ferrata Fregio and Ferrata delle Ginestre, the latter two to be reserved for expert hikers.

Traccia GPS per Sentiero Attrezzato Sasse. Itinerary: as per description above. 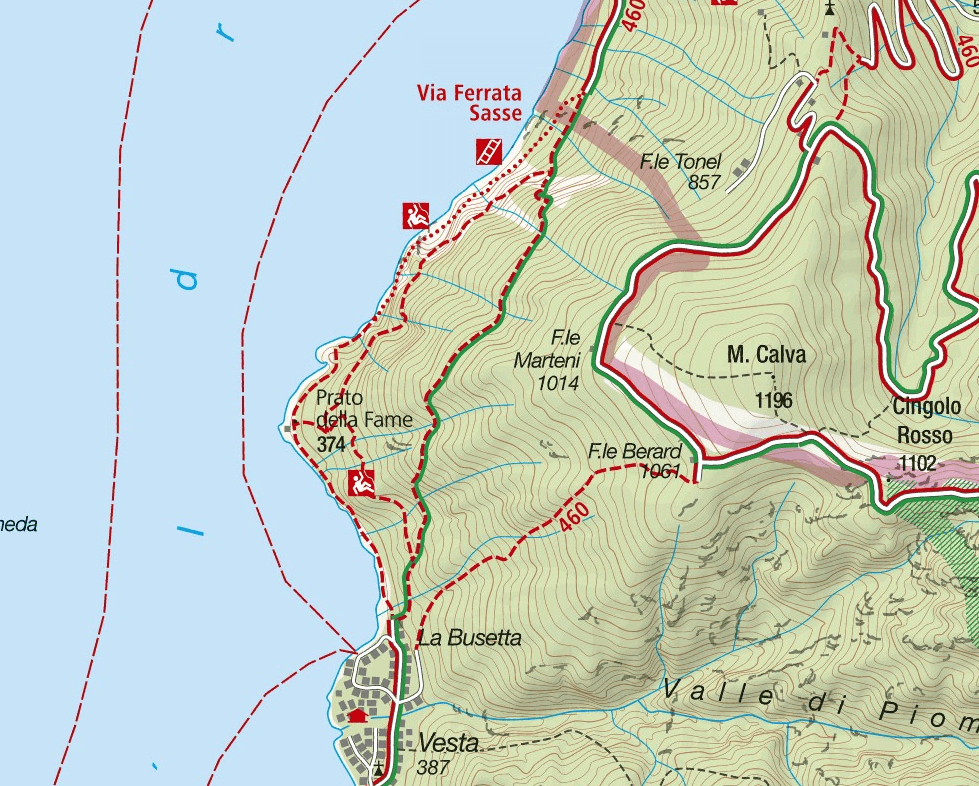 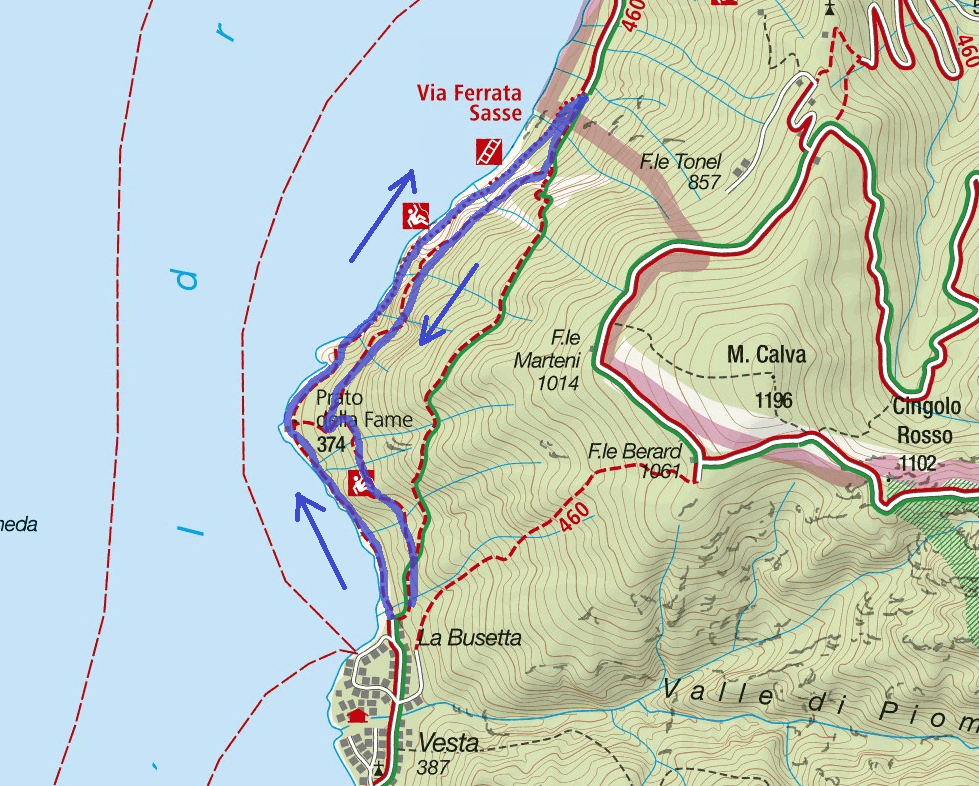 Images Sasse Aided path. The images included in the report were sent to us by the users of the site. If you are interested in sending us photos, use the form on the left or send them to our Facebook page.