Aided path of the Scala Santa

Top of the XII Apostles

The Aided path of the Scala Santa is an easy itinerary that allows you to reach the XII Apostoli Hut going up a simple aided stretch. The trip does not present technical difficulties worthy of note. This is the main approach path to the XII Apostoli Hut and to the trips that depart from it in the Southern Brenta Dolomites.

The starting point of the itinerary is the top station of the cable car from Pinzolo to the Doss del Sabion. Once in Pinzolo from the SS239 from Trento we will see the ski lifts on the right and a large parking lot on the left. We leave the car there and head for the cable car.

The cable car we take is divided into two sections. We initially climb to Pra Rodont and then we take the second section towards Doss del Sabion (2101 m). If you want to avoid the cable car you have to go up the Tartarotti Path (CAI 307B) which starts from Pinzolo and passes the Pra Rodont Hut (1530 m) and then leads us to Baita dei Cacciatori (1836 m).

From the top station of the cable car we follow the path slightly downhill to the east which leads us immediately to graft onto a path that runs halfway up and we take it to the right towards the south. We continue on this path until we reach the CAI 307 that goes up from Pinzolo in the Baita del Cacciatori area (1836 m). From the Baita we follow the CAI 307 which enters the Val dei Nardi in an easterly direction on a pleasant path in the woods. On our left we will see the Lago d'Agola. Continuing on the path on the right side of the valley we come close to the Lago Asciutto site where the cableway that supplies the XII Apostoli Hut starts. Dry Lake is a flat clearing surrounded by woods. From this point the path climbs up and the second hardest part of the itinerary begins (1h 30 'from the top station of the cable car).

Uphill we head towards a carving in the rock that goes back up with the characteristic aided stretch of the Scala Santa. This stretch is steep but still free of technical difficulties once secured. We go up this aided section passing next to theiconic Madonna and we continue on steep path between steps built in wood and stretches of steep path. Left the aided section we are in a wide morainic valley. The path proceeds on a good slope between scree and stones, making it difficult but not difficult. As we go up we will have to pay attention to follow the red and white signs to avoid leaving the path. We will reach a characteristic paved stone that precedes the slabau on which the is built XII Apostles Hut and where our trip ends (1h 30 'from the Scala Santa equipment - 3h from the top station of the cable car).

If we end our trip to the XII Apostles Hut, the return route is the same uphill route to the top station of the cable car (2h from Rifugio XII apostoli - 5h total).

The Scala Santa itinerary does not present technical difficulties and is the most used path to reach the XII Apostoli Hut, starting point for many itineraries in the southern Brenta Dolomites. The easy aided sections help to go up the steepest parts of the route. Due to the constant slope, hiking sticks may be useful.

As with many trips in the Brenta Dolomites area, the easy aided Scala Santa Path can be combined with other trips in the area.

A possible trip is the Via Ferrata Castiglioni (3h) linking the XII Apostoli Hut to the Agostini Hut as well as the exposure Aided path dell'Ideale (2h 30 '). Both itineraries are very beautiful and have aided and exposed sections.

If we talk about a wider trip that involves more days in the Brenta area from the XII Apostoli Hut or from the Agostini Hut, we could undertake the Via Ferrata Brentari which leads us to the Rifugio Pedrotti from which the famous can then be taken Ferrate of the Bocchette Centrali and Alte. 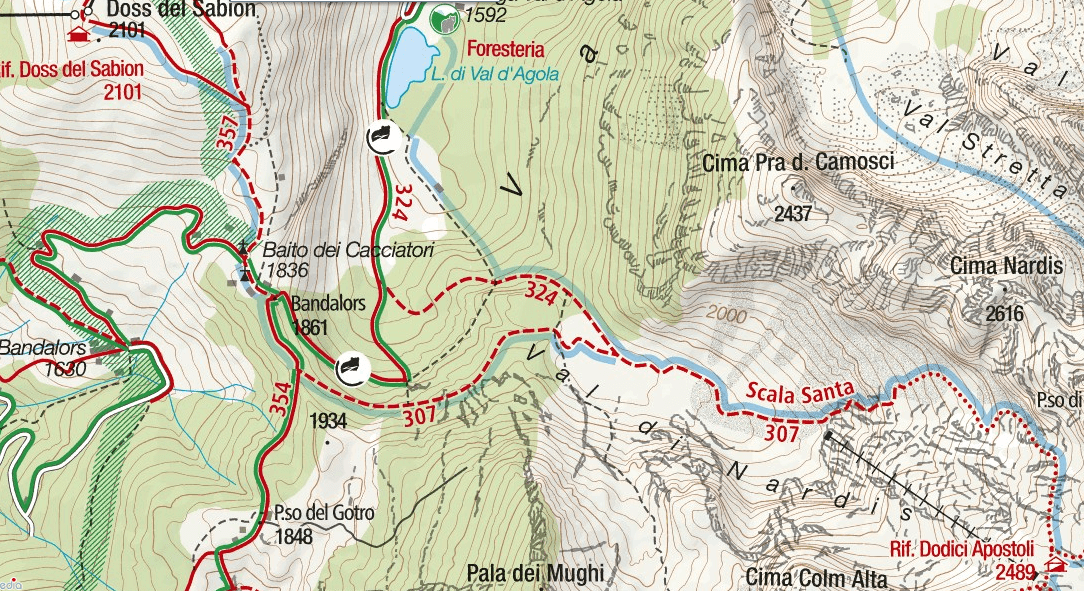 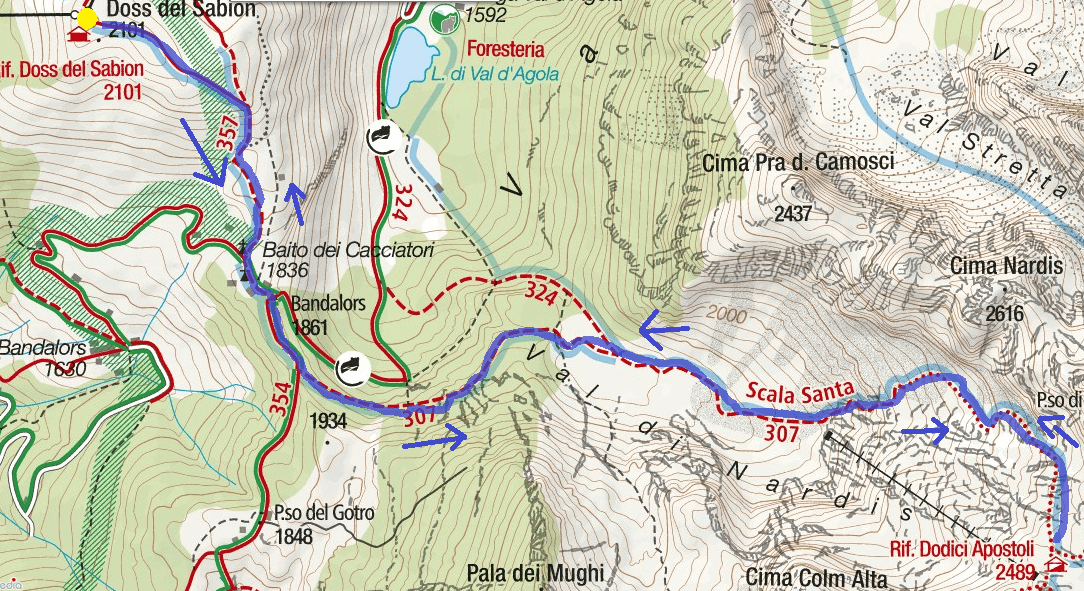 Images Aided path of the Scala Santa. The images included in the report were sent to us by the users of the site. If you are interested in sending us photos, use the form on the left or send them to our Facebook page. 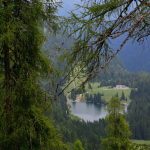 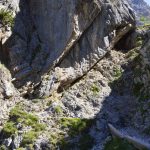 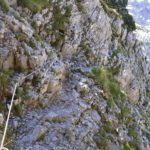 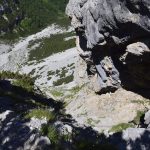 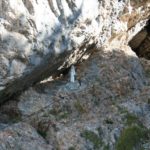 Weather Aided path of the Scala Santa in Pinzolo (Trento).