The SOSAT Aided Path is a very scenic aided path that connects the Brentei Hut / Alimonta Hut with the Tucket Hut in the Brenta Dolomites between Punta Massari, Punte di Campiglio and Cima Mandron. The path has moderate technical difficulties and can be traveled in both directions.

The starting point of the itinerary is the car park near Rifugio Valessinella (above Madonna di Campiglio) which can be reached by car. To reach Vallesinella, as soon as you enter the center of Madonna di Campiglio you will come to a roundabout where a brown sign shows you the directions that in 4 km take us to the parking lot.

We start from the Tucket Hut in an easterly direction towards the obvious Bocca del Tucket, remaining on the left side of the wide valley. Straight ahead we see the impressive Vedretta of Tucket (or Brenta Inferiore). In short we reach a first forcella where on the left the Dallagiacoma Trail that allows us to graft onto the Benini Ferrata below Sella. We continue straight ahead before a new junction with which we continue in the direction of the Bocca di Tucket, on the right our CAI path 305B for the Sosat Aided Path. We go down towards the bottom of the valley and cross in the direction of the opposite slope. In this section there may be snow based on the years. We go up the opposite side of the valley until we reach the first equipment and the metal plate of start of the aided path (30 'from the Tucket Hut).

The first section of ferrata runs along the southern slope of the valley. Climb up a first metal ladder and go up some rocky jumps of modest size and difficulty after which we proceed along a trail excellently marked without difficulty through large stones. We continue on the path until we descend chimney which at first glance seems cramped but is optimally aided with cambras that help its descent. Beyond the chimney we go down on some rocks also aided to then continue on the path going around the valley and coming out on the opposite side with the Crozzon di Brenta and Cima Tosa in front of us. We are facing one gully where to continue we face a downhill stretch where we enter a chimney, we pass under a natural bridge and we go down with some rocks to climb. Let's continue on one narrow ledge exposed to the left, partially bypassing an edge until it meets one ladder about ten meters to descend. There ladder descends an overhanging wall but is very stable and places us on a new ledge to the left where we see the continue the Alta Via on the opposite side of the gorge. We continue and meet a new one we find a metal ladder. We continue towards the inside of the gorge facing sections of ledge and in rapid succession easy traverses with a couple of others metal ladders. We are in the most characteristic and exposed part of the aided path. We go down a vertical wall using a series of metal brackets initially vertical then more diagonals that facilitate the descent and we are on a rocky terrace. We continue downhill in the gorge facing some tracts of aided path, rocks and vertical sections with excellent holds. We go down a couple of other stairs and continue to approach the innermost part of the gorge, always climbing off stretches of medium difficulty. Now near the inner part of the gorge we pass from the opposite slope after having descended the last stretch of wall with brackets. Attention to this stretch that can often present snow even in late season.

We go up a boulder and we continue to the right on a traverse beyond which we go up some vertical walls using large metal pegs. This stretch is probably the most challenging and technical of the route. Back up these first meters we are on one large ledge not protected. We continue for several minutes in this ledge without any particular difficulty until we reach the plate that indicates the end of the via ferrata. We advise you not to remove harness and helmet because we meet some parts are aided with ropes before ending the itinerary. We will have to descend a couple of new stairs and two vertical walls of medium difficulty until we actually finish the via ferrata with a last stairway that deposits us in a gravelly gully. We go down the gully and reach the CAI 323. On the left we will continue to the Alimonta Hut or the Ferrata Detassis, on the right where we continue we reach the Brentei Hut (2h 45 'from the Tucket Hut - 5h total).

From the Brentei Hut we will have to descend to Rifugio Vallesinella passing by the Rifugio Casinei. There are two main options:

As is the case for many Brenta via ferratas, the development takes place very horizontally and with modest vertical aided slopes. Although it is called the Sosat Aided Path it is - in our humble opinion - simplistic given the numerous staircases and at least two vertical sections exposed although well aided: just before and shortly after the innermost part of the gorge. The difficulty level is medium and the characteristic of constant exposure in the gorge is perhaps the most characteristic aspect of the route.

Compared to the path of some years ago, one long ladder near the innermost part of the gorge, it has been replaced by a series of metal sockets. This trait has become more difficult because it is slightly overhanging.

The SOSAT Aided Path is very often used as a return path to the Brentei Hut after having walked the Ferrata delle Bocchette Alte. In this case, after the Bocchette Alte we do not reach the Tucket Hut but halfway between the Bocca di Tucket and the homonymous hut we will keep the left for the SOSAT Trail. Obviously, in this possible loop itinerary you could also go along the Ferrata Detassis as a variation of the Bocchette Alte. If you decide to stay overnight at Rifugio Brentei or al Pedrotti o Tosa could be linked together Via Ferrata Bocchette Centrali with those High and consequently the SOSAT. In this case, as often happens in the Brenta Dolomites, the possible itineraries are innumerable.

Traccia GPS per Sentiero Attrezzato SOSAT. Itinerary: as per description above. 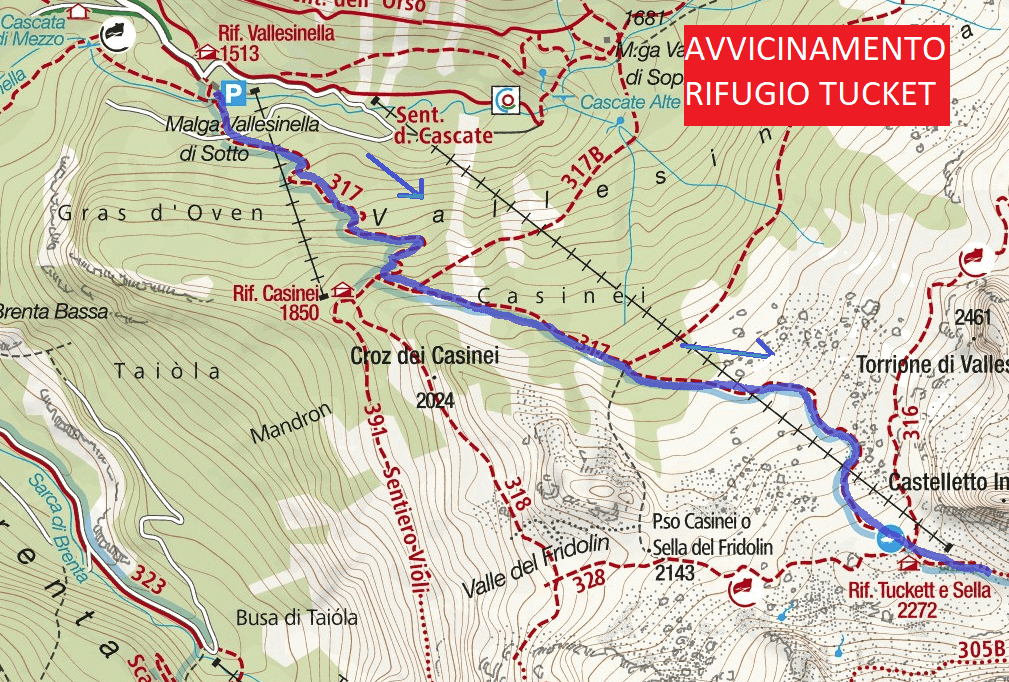 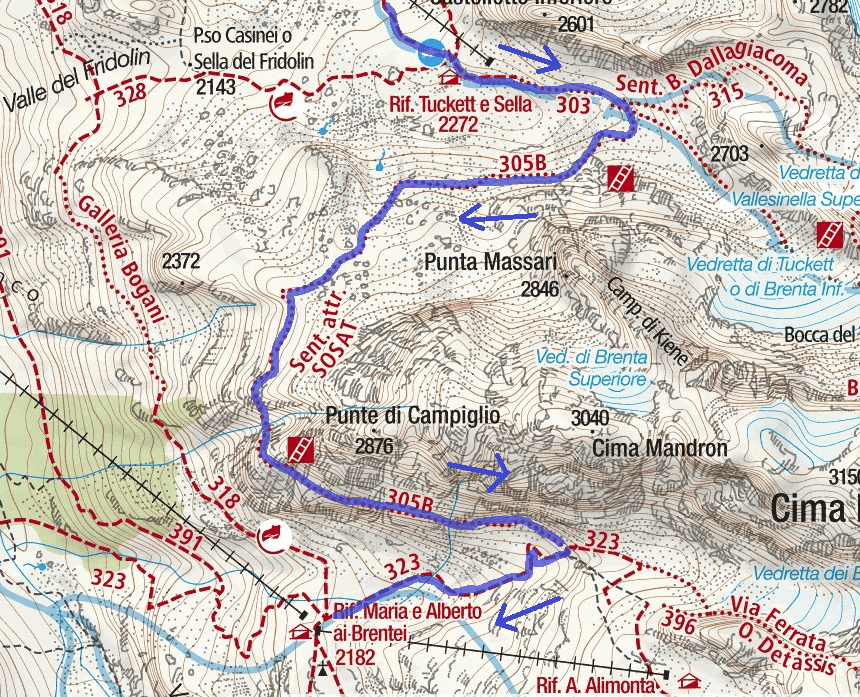 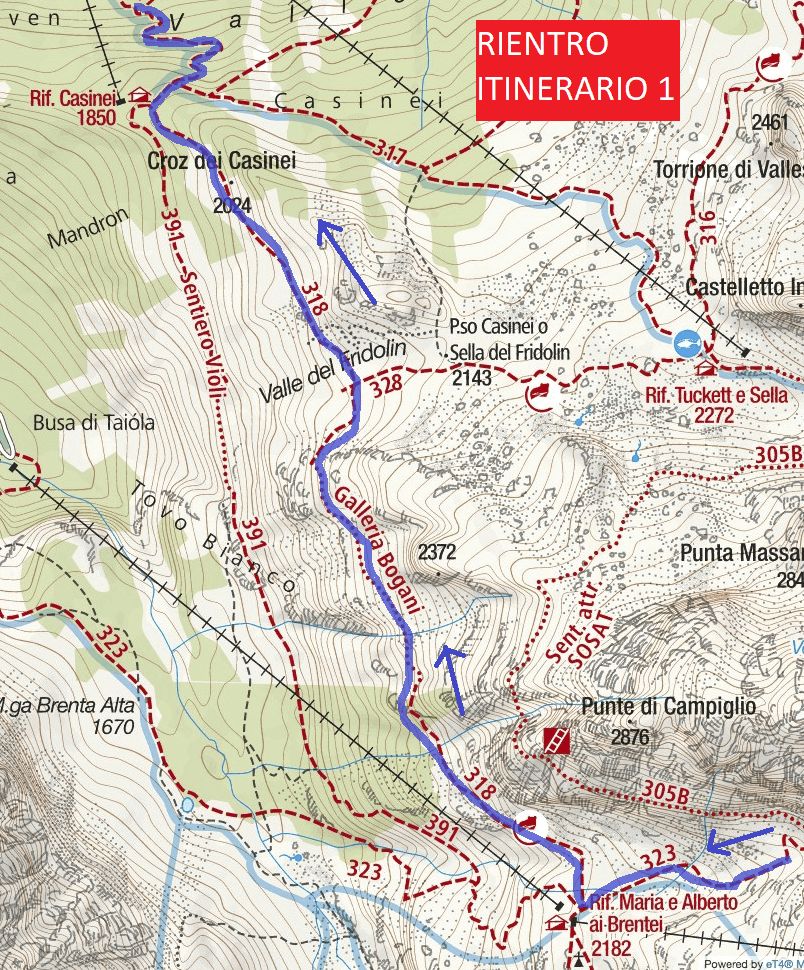 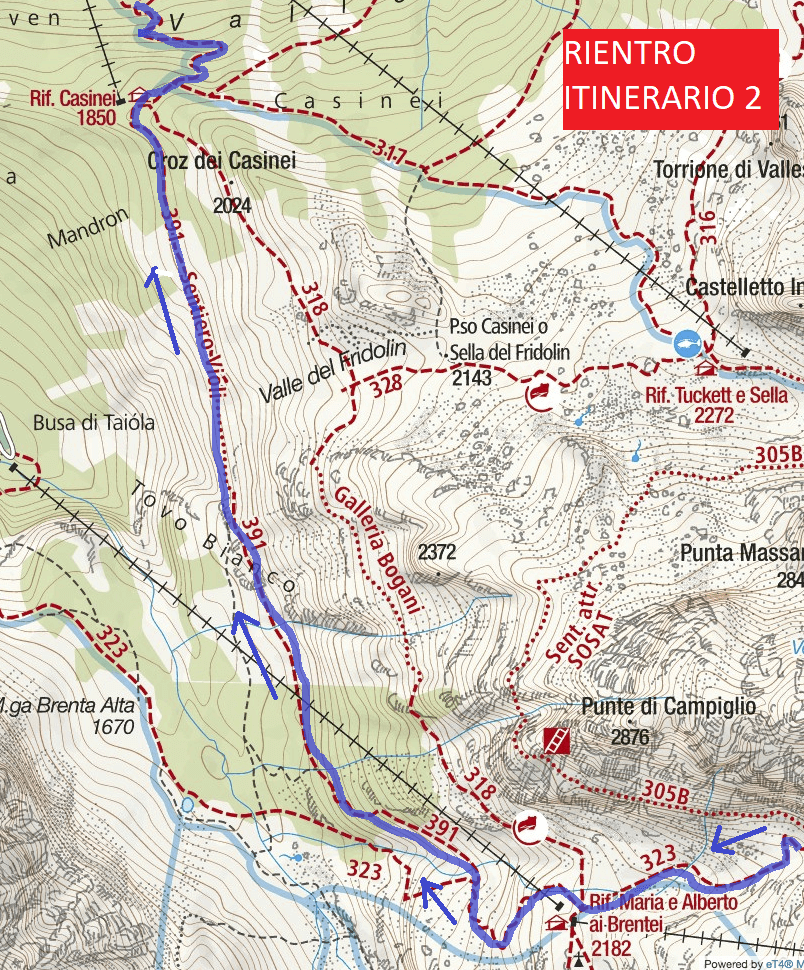 Images SOSAT Aided Path. The images included in the report were sent to us by the users of the site. If you are interested in sending us photos, use the form on the left or send them to our Facebook page. 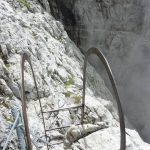 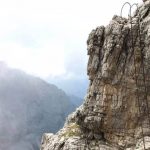 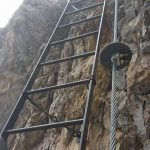 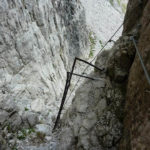 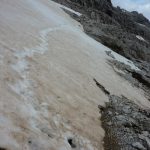 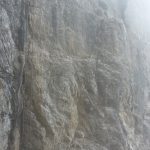 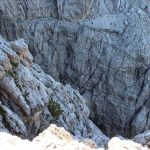 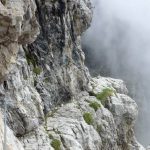 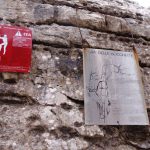 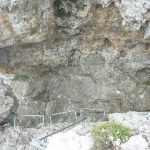 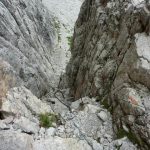 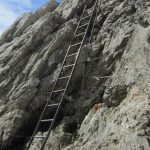 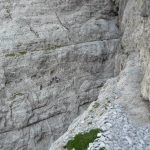 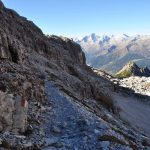 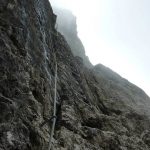 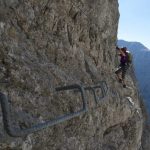 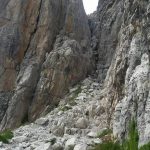 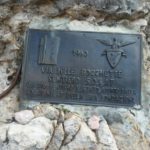 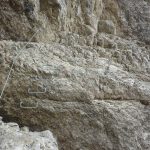 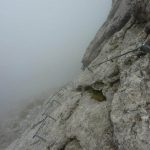 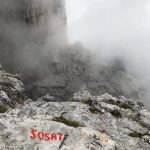