Nice itinerary that follows the western bastion of Monte San Martino, overlooking the highway to Sondrio and Lake Como, leading to the Piazza hut. It is perhaps the oldest aided path of the Lecco mountains that originally led from Lake Lecco to the Piani dei Resinelli.

The path reaches Rifugio Piazza from a junction with the path that goes up from Val Farina to Coltiglione. This path was in a state of neglect and abandonment for decades. At the beginning of the 80s a new path called Costantino Fiocchi (trail sign 54A) was traced to link up, passing from the Piazza hut, to the Paths Aided with Pizzetti. The combination of the Sentiero dei Tecett and the Sentiero dei Pizzetti constitutes a beautiful ring around Monte San Martino.

An interesting path that can be traveled in all seasons, offering stunning views of the lake below and the various peaks of the area.

The starting point of the itinerary is in Pradello, municipality of Lecco, in the parking lot of the "i Bodega" restaurant. To reach the car park, coming from the city of Lecco, continue along the Lungolago Piave (old ss. 36) towards Mandello, before entering the new highway, in Pradello (3 km from the center) turn right passing under the via ferrata arches following the signs for the restaurant "i Bodega". Directions for Google Maps available here.

From the starting point of the itinerary (parking at the “i Bodega” restaurant - 210 m), follow the directions clear indications and climb to the left following the "Tecett" path 54, steep but well marked, which in about 30 minutes leads to the beginning of the first chains (30 'from the parking lot).

We go up a series of ramps and slabs protruding without particular difficulty, taking advantage of some couloirs and ledges aided with chains and some pegs. We continue until we reach the characteristic sloping ledge that gave the path its name. After other short aided sections you arrive at the Val Farina junction where the path splits. Continue to the right towards the south where the trail begins "Costantino Fiocchi” (Trail sign 54A) offering sweeping views over the whole of Brianza and the the lake below.

Another last uphill stretch along the tree-lined ridges and soon it comes to small church of San Martino and the adjacent Piazza hut (1 hour from the start of the equipment - 1h 30 'total - 767 m).

Reached the Piazza Hut, generally open Thursday and Sunday without the possibility of staying overnight, we will have some options to return to the car based on the destination of our itinerary.

If we wish to go up to Monte San Martino returning to the Piazza Hut we will be able to:

If you do not want to go up to San Martino, a more challenging but very nice option is to go down the hill Aided Path Pizzetti. This path is composed of some aided and very panoramic parts. From the hut, follow the trail that descends towards the lake and follow the sections aided with signpost 53 (ca 1h). The return to the parking lot takes place by convenient panoramic path that circumvents the western walls of San Martino with magnificent view over the lake to the parking lot (1h 45 'from the hut - about 3h 30' total).

Like many other aided paths around San Martino, Medale and Coltiglione, there are many possible and combinable itineraries and, with the exception of the Ferrata degli Alpini al Medale, all of which are rather limited in technical difficulty. The aided sections help in the most exposed and vertical sections. The limestone is excellent and very pleasant to climb.

The Piazza Hut is generally open on Thursday and Sunday. With rare exceptions, it is also open in winter. From Lecco it is possible to see the flag on the plume of the chapel of the Madonna del Carmine which indicates its opening.

As indicated in the report, the Path of the Tecett allows you to be chained with other paths, for example uphill with the path 52 Spreafico up to Belvedere del Coltignone, with the path 57 at the top of the Corno Regismondo, at the top of Monte San Martino, continuing always on the 57 to connect with the Aided path GER and finally reach the summit of the Medale. Downhill, the very recommended option is the Pizzetti path. 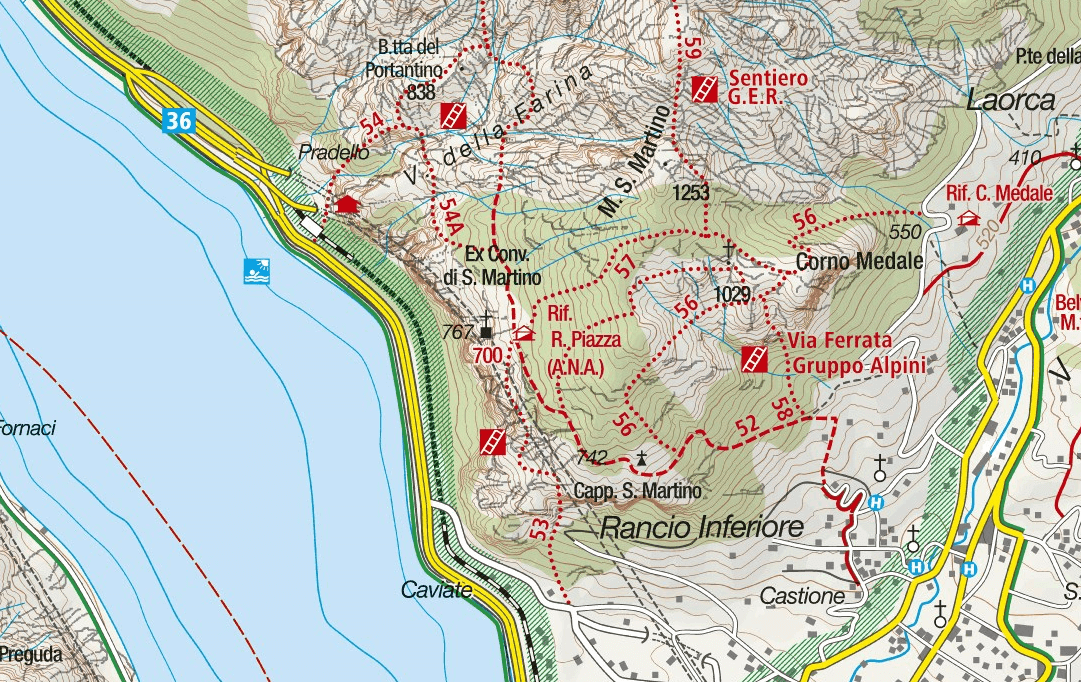 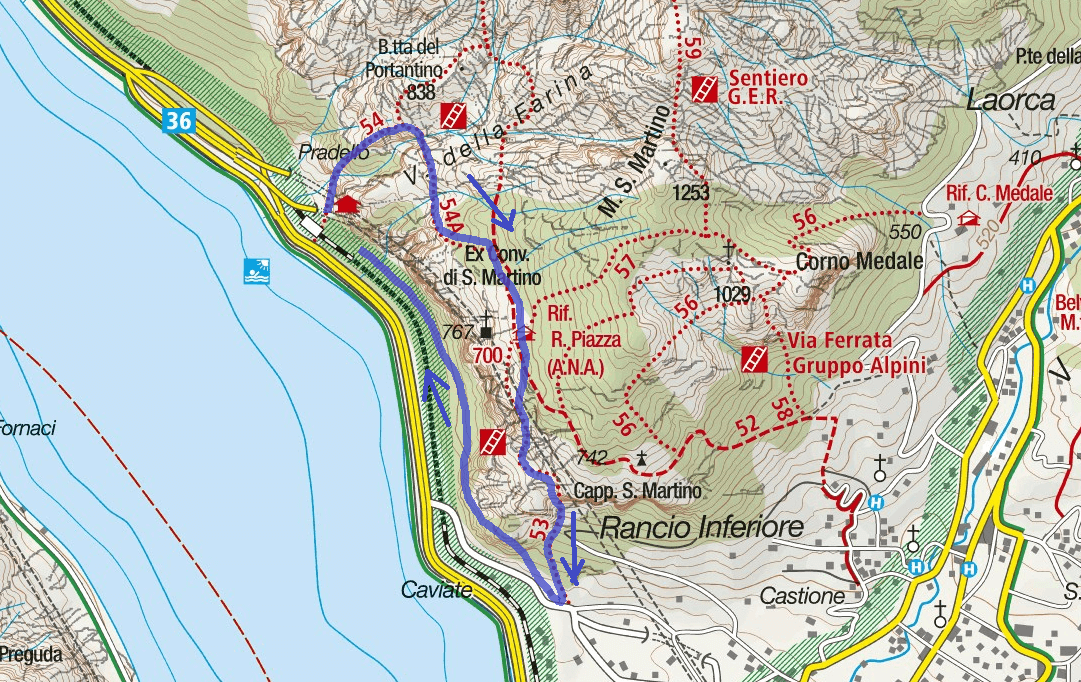 Images Tecett Aided path. The images included in the report were sent to us by the users of the site. If you are interested in sending us photos, use the form on the left or send them to our Facebook page. 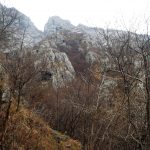 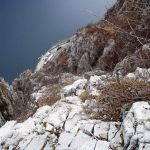 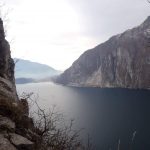 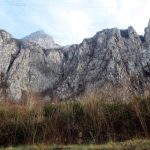 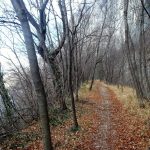 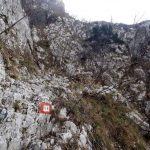 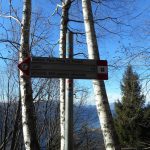 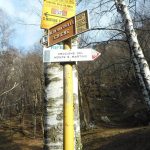 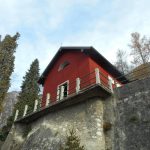 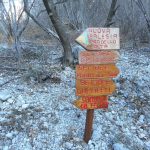 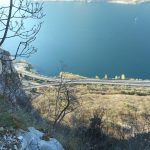 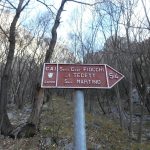 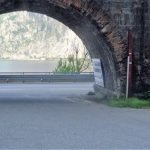