The long route ascending to Piz dles Conturines is known as Aided Path Tru Dolomieu. The aided sections are present only in the last part of the trip ascending to the summit and, apart from some stairs, they are purely protective in exposed ledges or rocks but not difficult. A long itinerary with a high gap in a wonderful and relatively little beaten environment.

The starting point of the itinerary is the Stella Alpina Hut towards the Passo di Valparola. The hut can be reached by car from Val Badia - passing through San Cassiano and Armentarola or descending from the Falzarego Pass. Near the bridge over the Rio Sarè we will see on the left the signs for "Stella Alpina". Directions for Google Maps available here.

It is also possible to reach this trip starting from other places and following other itineraries with respect to the proposal of this report. In particular there are two options:

Park the car at the Rifugio Capanna Alpina (1720 m) and follow the wide path 11 which initially proceeds into modest slope on the Plan de Furcia in the direction of the Col de Locia (2069 m - 45 'from the start). We go down slightly setting off for a wide valley with the Piz dles Conturines massif already visible on our left. We face a little ford and without any particular efforts we proceed in the Gran Pian up to a crossroads at the Saddle from the Ega (2157 m - 1h 30 'from the start) where we will keep the left following the signs for Piz dles Conturines and Piz de Lavarella. there We are moving in valley among stones, debris and mountain pines uphill. We continue reaching the by now drained basin of the Lago di Conturines and we continue following the traces of path towards dci a wide saddle with to the right the Piz de Lavarella and to the left the outline of the Piz de Conturines. At this crossroads (3h 30 'total) we will keep the left on the wide ridge that leads us after abreathless climb at the start of the via ferrata (4h total).

The departure is near one metal ladder with which we ascend a first rocky leap. Following the small room we bypass an easy edge beyond which one ascending ledge salt with the metal cable on our left. We climb a short rocky jump and end the equipment momentarily. We cover a ledge until we reach a second ladder that is longer and more inclined than the previous one. Climb up other rocks we carry close to two ladders close together and very inclined. We walk a few meters with the metal equipment still present to then walk along a section of unprotected ledge with which the aided part of the slope ends (20 'from the start).

We are in the last stretch of the climb that we follow along the ridge. The ridge is wide and does not create problems to be covered except for a single unprotected inclined slab which, with damp soil, could be a bit slippery. We cover the ridge and reach the summit del Piz dle Conturines (3064 m - 30 'from the start - 4h 30' total).

Go back along the via ferrata to the starting point where we will have two options: go back to the approach path or cut to dried up Lago de Conturines for slender track in the screes that are grafted on the outward path saving about 30 '(1h 30' from the summit). From that point I return for the forward path up to the Capanna Alpina and then to the parking lot (3h total downhill - 7h 30 'total).

Parking at the Capanna Alpina has a high season cost. The approach path is long but without difficulty and extends in a beautiful environment that gradually reduces the number of tourists we will meet along the way as we approach the saddle between the Piz dles Conturines and the Piz de Lavarella. Pay attention to the last not protected sloping slab before the summit, which is a bit dirty and potentially slippery.

As anticipated above, it is possible to combine the Tru Dolomieu Aided path with the ascent - at least partially - of the Ferrata to the Sasso della Croce. The long and demanding part also starts from the Capanna Alpina Via Ferrata of Peace. Also in the same group is the Ferrata at the Sasso delle Nove - which would require you to stay overnight in a mountain hut. Further north is the Via Ferrata Valdaora. Proceeding towards the Passo di Valparola we meet the recent one Ferrata Tenente Fusetti at Sass de Stria. In the direction of Passo Falzarego, we can instead take the Ferrata Tomaselli, the Ferrata to the Col dei Bos and the Ferrata to the Averau.

Traccia GPS per Sentiero Attrezzato Tru Dolomieu. Itinerary: as per description above. 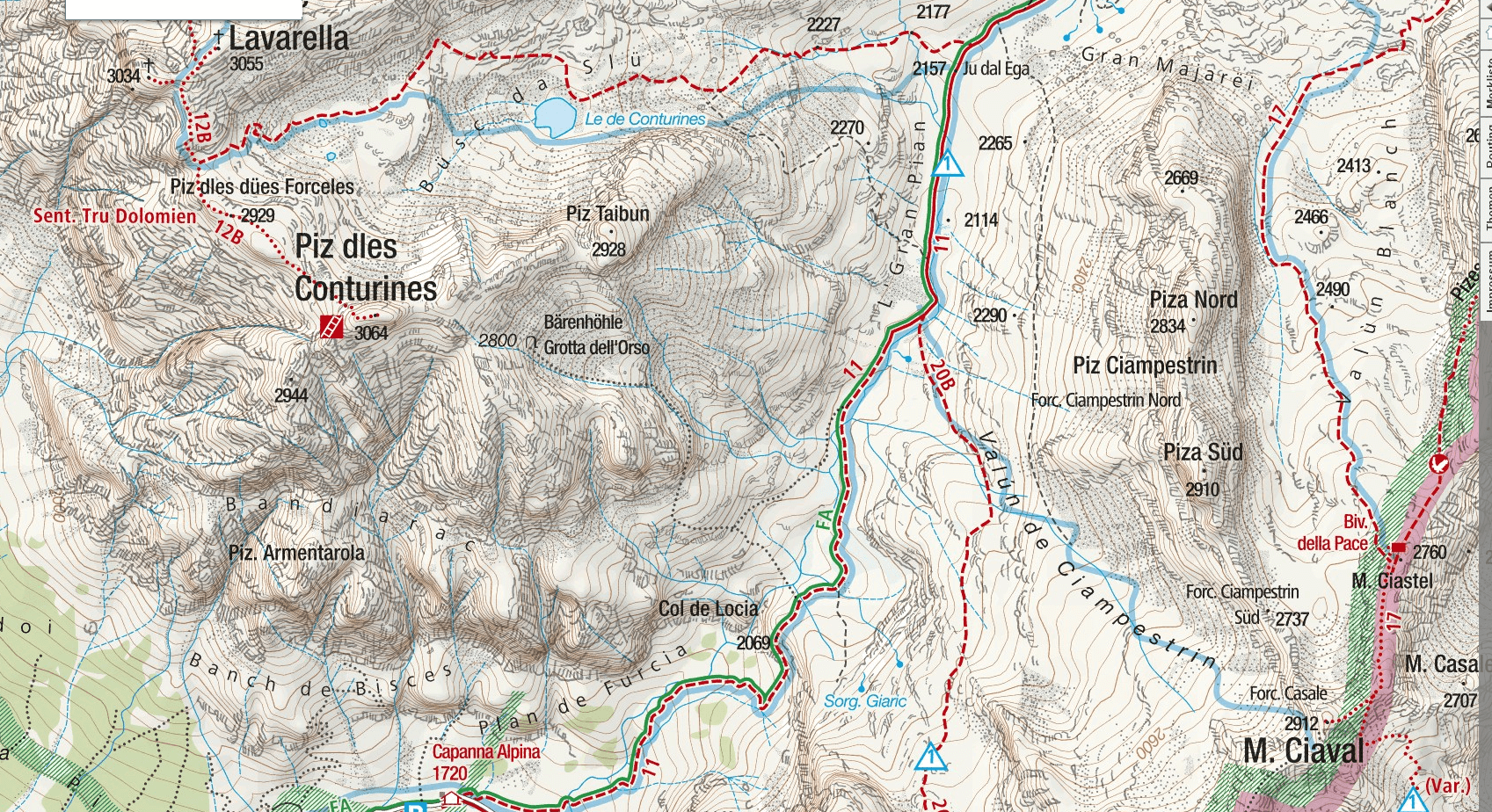 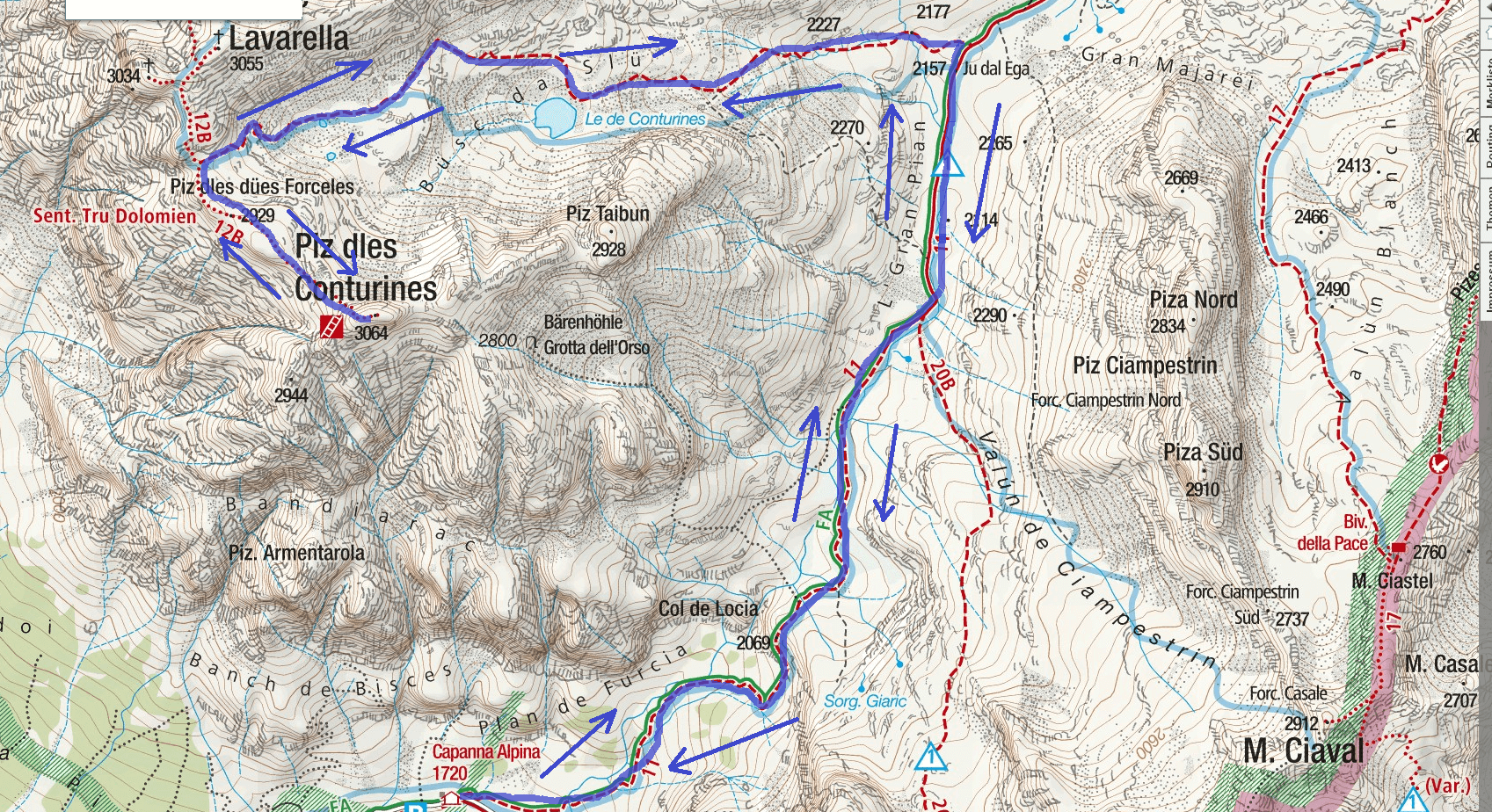 Pictures Tru Dolomieu Aided path. The images included in the report were sent to us by the users of the site. If you are interested in sending us photos, use the form on the left or send them to our Facebook page. 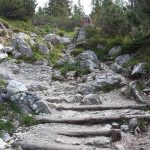 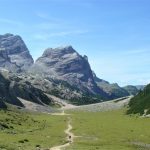 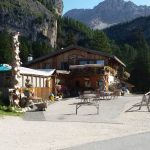 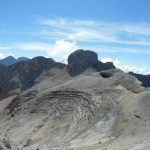 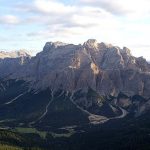 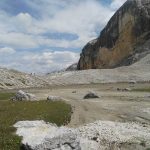 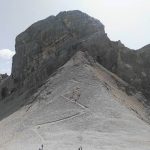 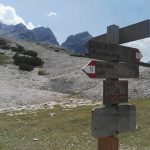 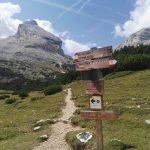 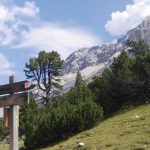 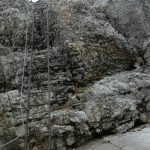 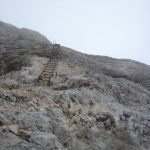 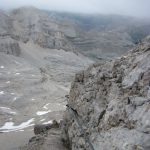 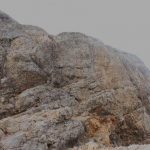 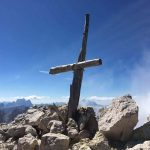 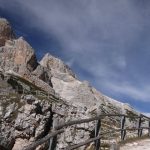 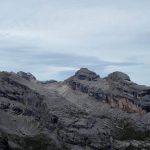 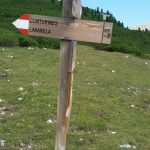 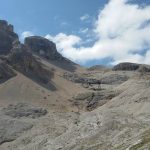 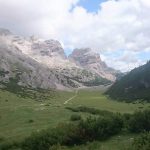 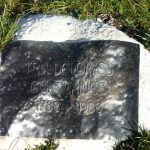