Aided path of the Vasche

The Aided path of the Vasche (literally "Tubs") is a wonderful itinerary that goes up the Inferno stream combining aided sections, simple climbing passages (first degree) and beautiful landscape views. The path can be divided into two parts: an easy one for everyone and a slightly more difficult one with two passages where a bit of strength is needed while remaining in modest difficulty.

The starting point is the hamlet of Ceppo, in the municipality of Valmadrera in the province of Como. When you reach the block you have to look for parking in the 3 parking lots along the road and go up the paved road as far as possible. We will notice here a path from which the approach begins, for another brief.

From Ceppo follow the white-red signs that descend towards the bed of the stream. Go up it until you reach the first waterfall, where in fact the real path begins (15 'from the parking lot).

From the first waterfall we will go up the path on the right bank and we will momentarily move away from the bed of the stream. Go up the stream staying at times on the right, sometimes on the left orographic side, passing alongside the pools which give name to the path. We finally reach the first sections aided with chain with a traverse to the right that could be slippery. You pass several other pools until you reach a second beautiful waterfall. We will go up a concrete staircase. After the waterfall there is an escape route to San Tomaso (right).

The Aided path takes on a slightly higher level of difficulty in its second section. Now go up the orographic left and pass first a traverse and then a short aided partition wall. The partition wall is close to the water course, so be careful of the humidity on the rock. Continue along the path going up another small wall similar to the previous one until you reach the more physical step : go up a ledge, slightly overhanging the first part with the help of 3 brackets that help us to go up it and go around it. Continue the path reaching a not difficult but protected traverse. We go up the last stones and we reach out of the gorge of the Inferno stream until we reach a singular boulder called "Taja Sass" where the Aided Path of the Tanks ends (1h 30 'after the start - 1h 45' total).

From the Taja Sass take the path to the right which leads us back to San Tomaso and from here back towards the village. You will have to go down from the town of Belvedere and go up towards the Ceppo (50 'from the end of the path) or follow the path that at a certain point turns to the left and reaches San Martino and from there go down to the car (1h from the end of the path ).

As it happens in other paths that develop along gorges and ravines (eg Ferrata dell'Orrido of Chianocco, Aided path of the Infernone, etc.) it is necessary to evaluate the water flow well. Difficulties naturally vary greatly depending on the humidity of the rock. Given this, the first section - up to the escape route to San Tomaso - is available to everyone, including children. The second part is more athletic and a couple of steps require a little strength in climbing a couple of ledges.

The aided path of the pools is an itinerary that could be associated with one of the other trips in the area that are listed here in order of difficulty: Aided path to the Moregallo along the West Ridge, the Via Ferrata at Canalone Belasa or the Ferrata of the 30th OSA at the Corno Rat. 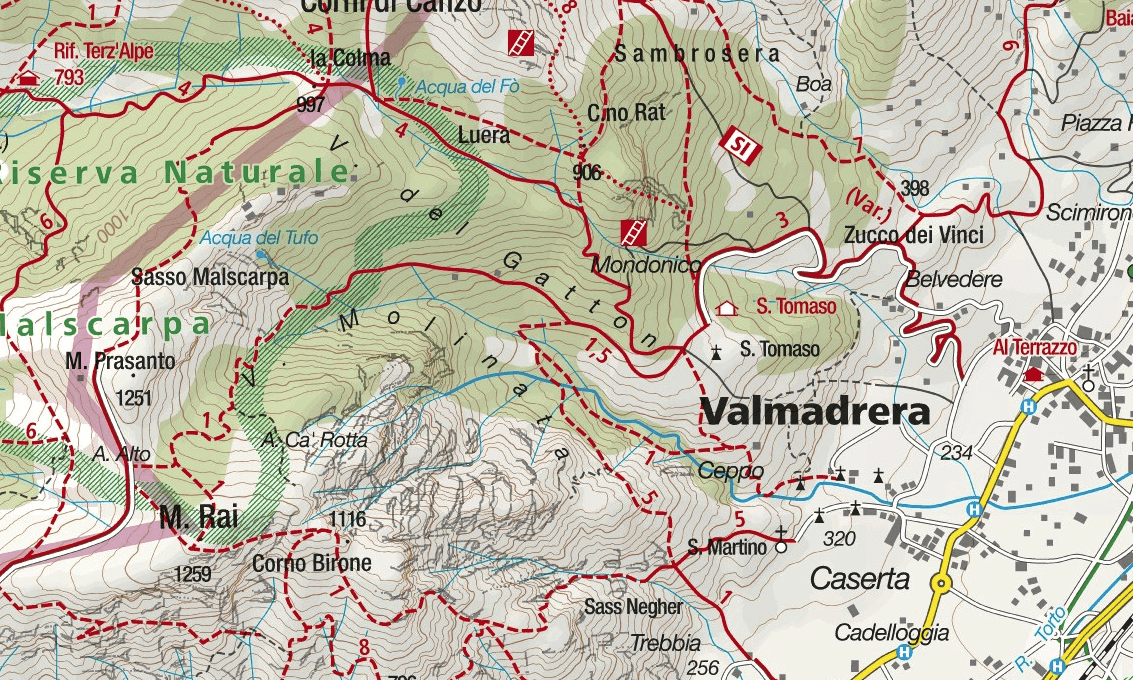 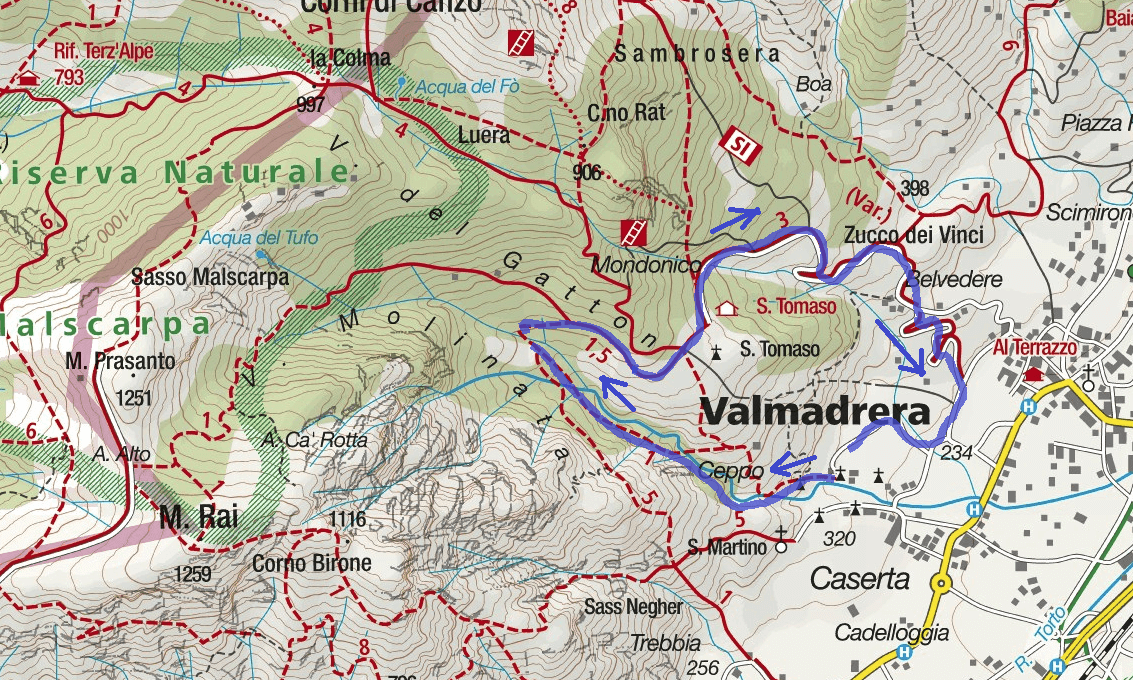 Images Aided Basin Trail. The images included in the report were sent to us by the users of the site. If you are interested in sending us photos, use the form on the left or send them to our Facebook page. 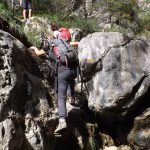 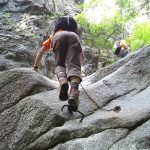 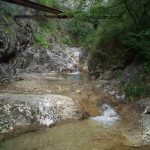 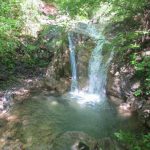 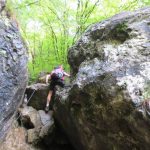 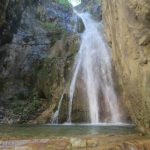 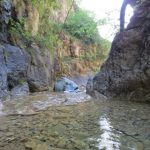 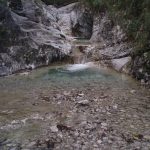 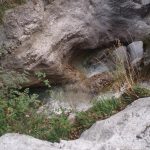 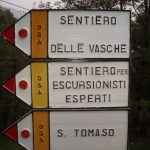 Weather Aided path of the pools in Valmadrera (Lecco).

Webcam Aided path of the pools in Monte Cornizzolo.