The starting point of the itinerary for the Violi Aided path is the car park near Rifugio Valessinella (above Madonna di Campiglio) which can be reached by car. To reach Vallesinella, as soon as you enter the center of Madonna di Campiglio you will come to a roundabout where a brown sign shows you the directions that in 4 km take us to the parking lot.

The Violi Aided path connects the Casinei Hut (1850 m) with the Brentei Hut (2182 m). The starting point of the itinerary is the parking lot of the Vallesinella hut (1513 m). The stretch of path that connects the Vallesinella with Casinei rises steeply in the woods between several returned without technical difficulties. In the final stretch of the approach we meet a saddle where the CAI 317 branches off to the Tucket Hut on the left. We ignore the crossroads and soon we come to the Casinei Hut (45 'from the parking lot).

The path starts in the wood with a moderate slope and crosses the wall of Cima Fridolin from the west, remaining lower than the more beaten Bogani path. In the middle of the road we meet some easy aided sections and then some small rocks which, following rains, can be a bit slippery. We go up again with a gradually increasing slope until we meet a saddle with the Sentiero CAI 323 (1h30 from the Casinei). At this point the slope increases and, now out of the woods, we laboriously climb the last 200 meters in altitude to reach the Brentei Hut (2h from the Casinei - 2h 45 'total).

From Rifugio Brentei we will have two options for returning to Rifugio Vallesinella and then to the parking lot:

The Violi Aided path does not present any particular difficulties although compared to its parallel Sentiero Bogani has a steeper final stretch that can tire more in view of any subsequent routes undertaken by Brentei. For this reason it is often traveled downhill to reach valley faster.

The Violi Aided path is generally used as an approach or return path for long trips and via ferrata in the Brenta Dolomites that pass from Rifugio Brentari and have as their starting point the Vallesinella Hut. Among the various trips that develop from the Brentari stand out Ferrate of the Bocchette Centrali and the Bocchette Alte as well as the Sosat Aided Path. In the case of combinations of several itineraries, it can definitely be a good idea to stay overnight in one of the mountain huts to avoid the long approaches required. 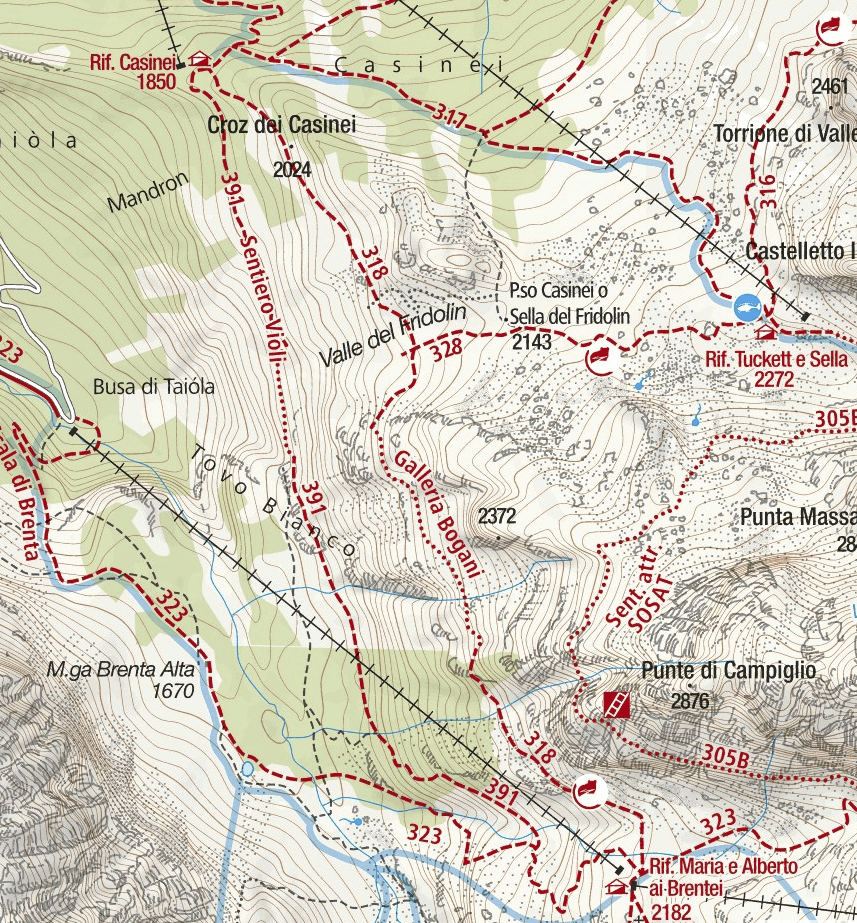 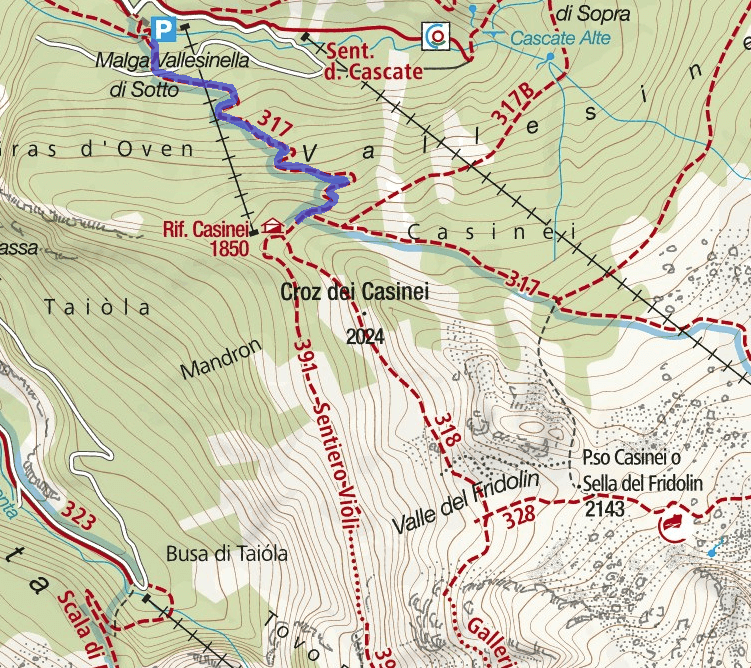 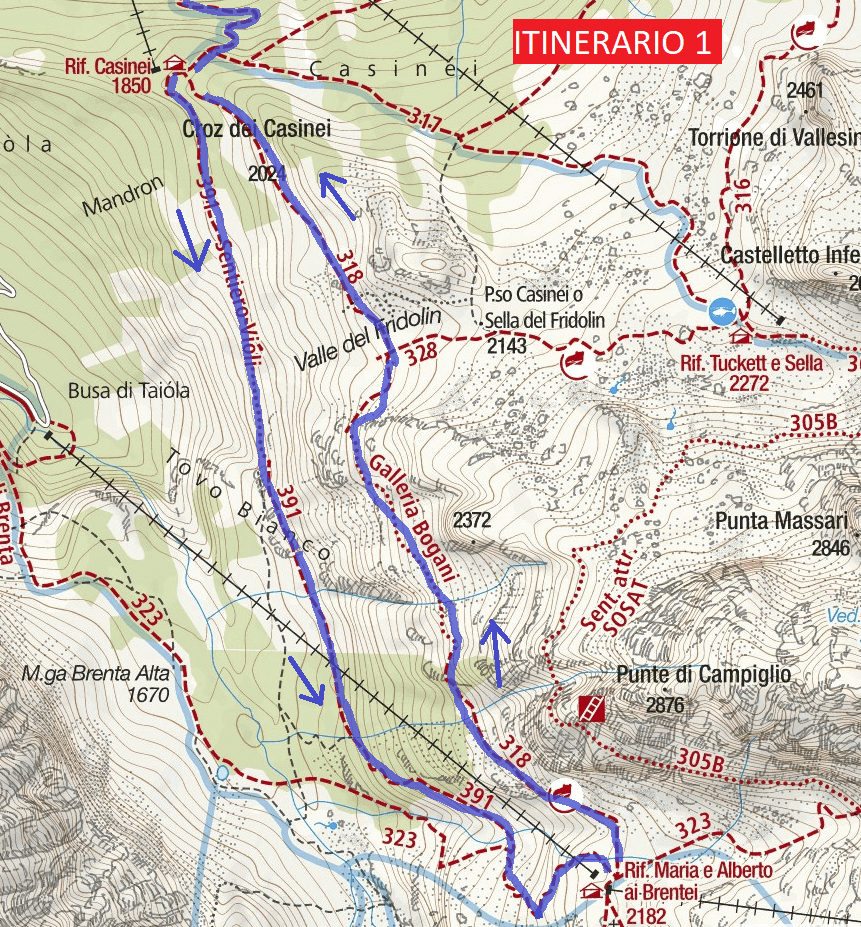 Images Violi Aided path. The images included in the report were sent to us by the users of the site. If you are interested in sending us photos, use the form on the left or send them to our Facebook page. 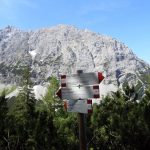 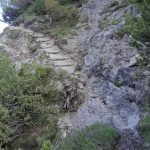 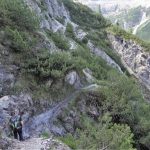 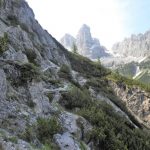 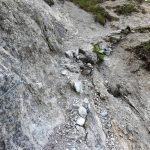 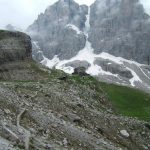 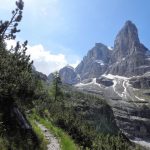