The Path Aided to the Zucco of Sileggio is a challenging path that goes up a ridge near Mandello del Lario. The term aided path is correct for most of the itinerary, except for two long metallic stairs that go up the last part of the climb near the summit cross. The itinerary is steep and requires good physical shape. From the peak you can enjoy a wonderful view of the Grigne.

The starting point of the itinerary is the hamlet of Sonvico, in the municipality of Mandello del Lario in the province of Lecco. From the state road that goes up from Lecco in the direction of Valtellina, exit at Abbadia Lariana and then towards Mandello del Lario. Follow the signs for the hamlet of Somana and from the latter go up towards the district of Sonvico. You reach a crossroads, keep to the right and there are some parking lots where you can leave the car.

From Sonvico you could immediately take path 17B which climbs steeply in the direction of the Zucco di Tura, however it is preferable to start with path 15 which gently approaches the wood up to a signpost with a 17B (Cresta Sud-Est) to the left (45 ') from the parking lot). Take the 17B with a blue trail in a steep climb that will take us to the base of the Zucco di Tura, grafting onto the path that would have gone up directly from Sonvico (1h from the parking lot).

From the cable car that we will notice at the base of the Zucco di Tura, we begin to climb a slope that is composed of stretches of steep mixed path with stretches of rocks aided with chains. As you go up, the fund becomes narrower and less stable therefore the chains for self-insurance certainly give more meaning than in the first part. Go up the last stretches of path and reach the Zucco di Tura, the first of the 3 reliefs that will be reached today.

Continue eastwards along the ridge that is evident from the Zucco di Tura. Initially we descend to a saddle where there is a detour to the right to descend steeply into the Val d'Era. We will continue straight up the steep slope reaching the Zucco di Morterolo. From here follow the path that leads to the key passage of the route: a 4-meter chimney to be climbed. The chain runs to the left and we will have to look for the holds on the right side. We are now under the two long metal ladders. The first is slightly overhanging, the second more supported. At the end of the ladders you exit under the last wall, initially to proceed diagonally then in vertical. The rock is good and nice to climb. The steep ascent path ends and we reach the metal cross of the Zucco di Sileggio (1h 45 'from the start - 2h 45' total) with a nice view of the nearby Grigne.

From the summit you can take two downhill routes:

The chain is a bit loose and therefore not ideal for traction, which is common to many via ferratas in the Lecco area. In this path aided only a couple of passages could require traction - the chimney and the traverse after the last staircase - so with a bit of familiarity and spirit of adaptation it is possible to climb.

The itinerary is long and steep with a steep gap so it requires good fitness. Furthermore, there are no water sources along the way, so provide enough water.

As mentioned in the report, the Sileggio-Aided Zucco Path can be combined by extending the itinerary with the Aided River Path. The itinerary is long enough but if you wanted to take the car and end the day with a via ferrata, the best candidate is the Ferrata to the Gallera of Morcate (20 'of car) or la Ferrata Succetti or the Via Ferrata Biasini in Chiavenna (1 hour by car). Also from Mandello al Lario it is possible to climb the Aided path of the Val Cassina possibly combined in a long route ascending to the Northern Grigna with the Ferrata at the Sasso dei Carbonari.

Traccia GPS per Sentiero Attrezzato di Sileggio. Itinerary: as per description above. 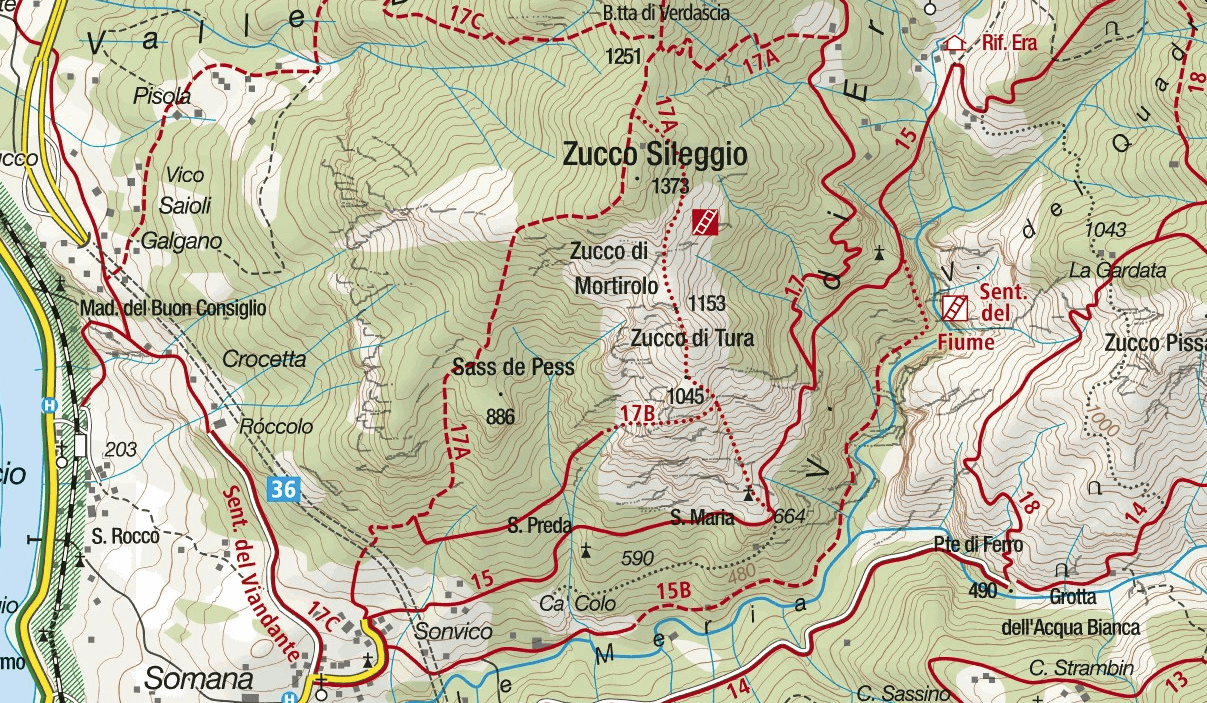 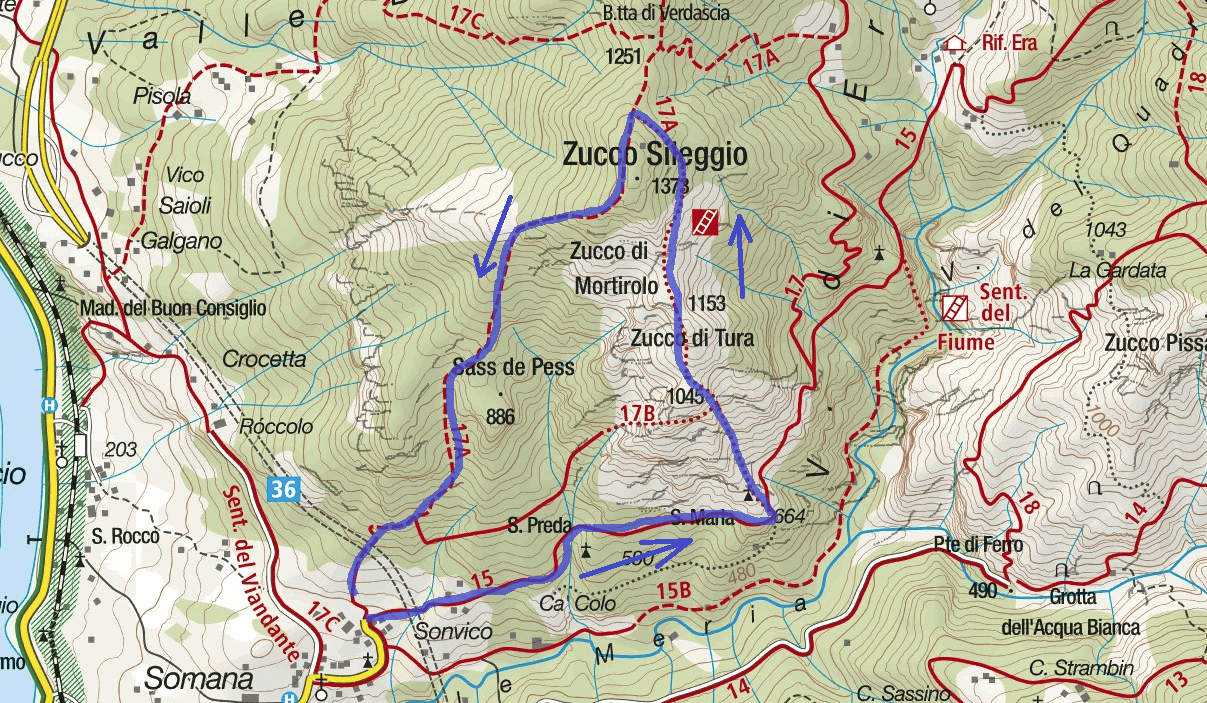 Images Sileggio Aided path. The images included in the report were sent to us by the users of the site. If you are interested in sending us photos, use the form on the left or send them to our Facebook page. 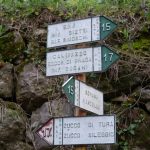 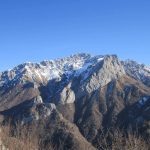 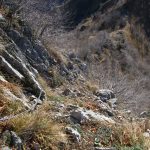 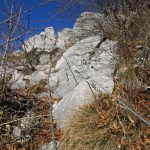 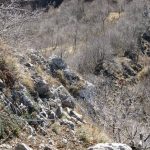 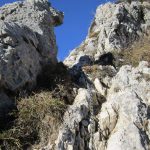 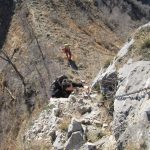 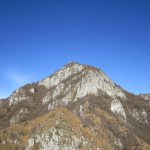 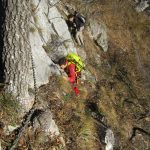 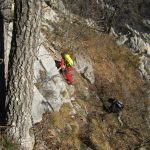 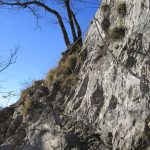 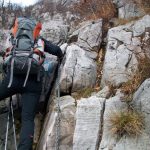 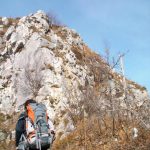 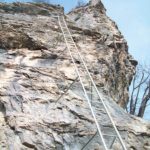 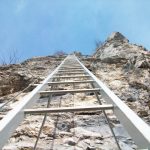 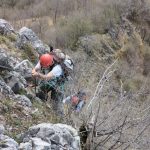 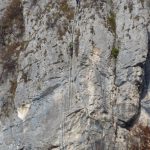 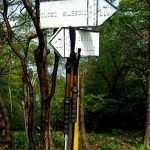 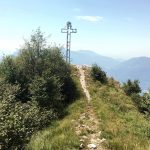 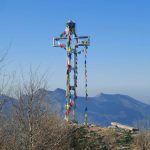 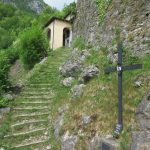 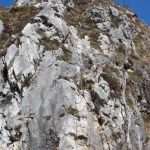