The Ferrata Oliva Detassis is an alternative to a section of the Ferrata delle Bocchette Alte. The Detassis connects the Alimonta Hut with the Bocchetta Bassa di Massodì via an exposed ferrata, with many ladders and medium difficulties allows us to start or return from the Bocchette Alte without passing through Bocca d'Armi.

Although it can be undertaken in various itineraries, we will propose the Ferrata Detassis here as a variation from the Alimonta Hut to the Bocca Bassa di Massodì and then proceeding along the Ferrata delle Bocchette Alte towards the Tucket Hut.

From the point of view of the proposed itinerary we will have to arrive at the Brentei Hut (2182 m) as the first point. From the Vallesinella hut we go up into the woods in the direction of the Casinei Hut (1850 m) where we take the CAI 318 uphill passing through the Bogani Gallery (exposed stretch) leads us to the Brentei Hut (2h 15 'from the parking lot). From the Brentei hut we will have to take the CAI path 323 that goes north-east towards the Rifugio Alimonta. After about 1 hours of walking we will reach a junction before the Alimonta Hut: on the right you go down to the shelter, on the left we take the CAI 396 which will lead us to the start of the Ferrata Detassis (3h 15 'from the parking lot).

The path leads us to the beautiful Vedretta dei Brentei Valley, heading towards the canal that descends from the Bocchetta Alta di Massodì. In this section we will cross some snowy sections standing on the right side of the valley where the walls are higher leaving the Vedretta del Brentei on the left side of the valley. We then come to the slab with which the Ferrata Oliva Detassis begins (20 'from the junction where CAI 396 begins).

We start with a first ladder followed by a series of metal brackets with which we begin to gain altitude. Start one now long series of stairs very exposed with which we will ascend most of the over 100 meters of the bastion. The stairs are very exposed but well built and stable. If you wanted to rest along these stairs it could be useful a quickdraw. This long series of stairs is separated with short connection sections as well as from some rocky balconies from which to enjoy the panorama.

Halfway up the slope we face one short ledge and we continue with a new series of vertical stairs until we reach a traverse just below the Low Saddle di Massodì (2790 m - 45 'from the start -4h total) where the Ferrata Detassis ends reaching the Ferrata delle Bocchette Alte.

At the end of the Ferrata Detassis in the line proposed in this report we have two options:

As in other itineraries in the Brenta Dolomites we may encounter snow-covered stretches or perennial snowfields even in late season and therefore it is necessary to have the necessary equipment with you to walk them safely. Entered the valley before reaching the start of the aided sections it is advisable to put on the helmet for the risk of stone discharge from above.

The Bocca Bassa di Massodì is probably the most critical passage of the entire itinerary due to the exposure and the fact of not being protected. Particular attention should be paid to snow. The Ferrata Detassis does not present particular technical difficulties as it is in fact a series of stairs with which to climb a bastion. Obviously you go along this route with strong exposure.

The Ferrata Oliva Detassis is generally subscribed to the Ferrata delle Bocchette Alte of which it is a variant. As with many other routes in the Brenta Dolomites you can chain together in many variations based on the time available and if you stay overnight at altitude, as well as of course your abilities. Certainly an option is to combine the Ferrata Detassis with the Via Ferrata Bocchette Centrali both climbing from the Pedrotti hut and in the opposite direction. In a somewhat unusual itinerary one could descend from Bocca d'Armi to Rifugio Pedrotti also for the Via Ferrata Spellini and subsequently grafting on Aided path Orsi.

If we moved north we could also decide to take the Sosat Aided Path, the Via Ferrata Benini and Aided path Vidi. 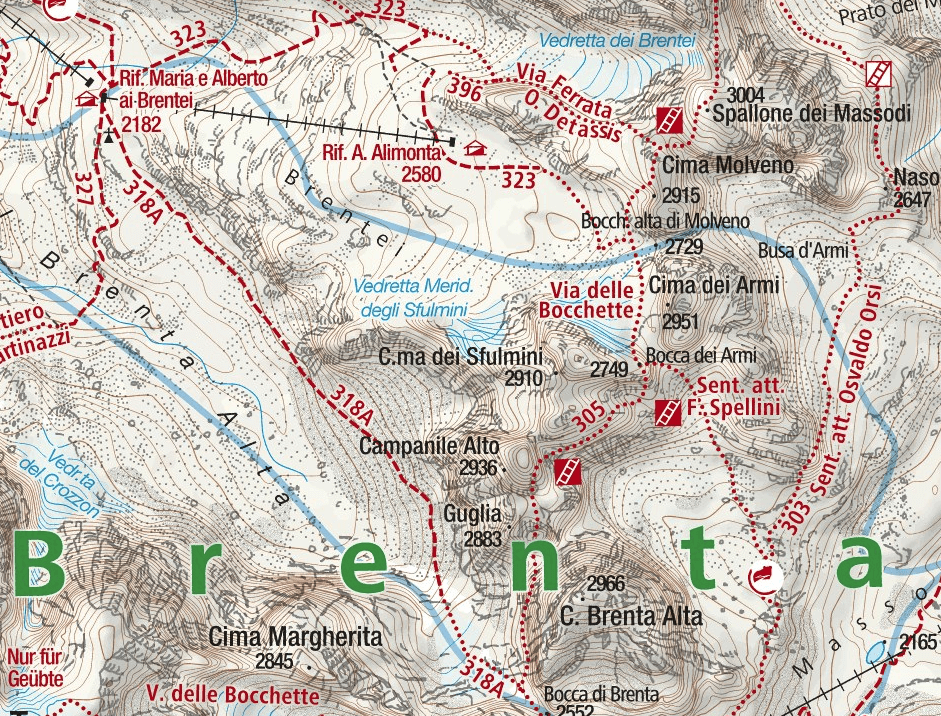 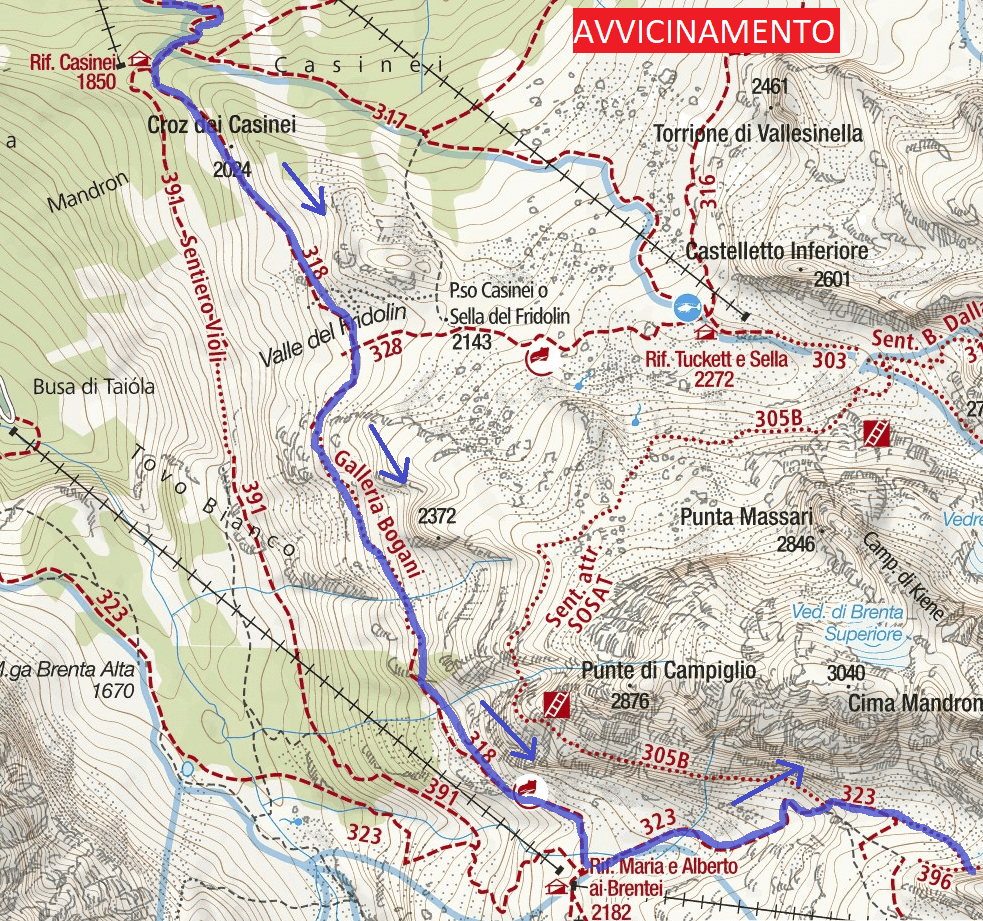 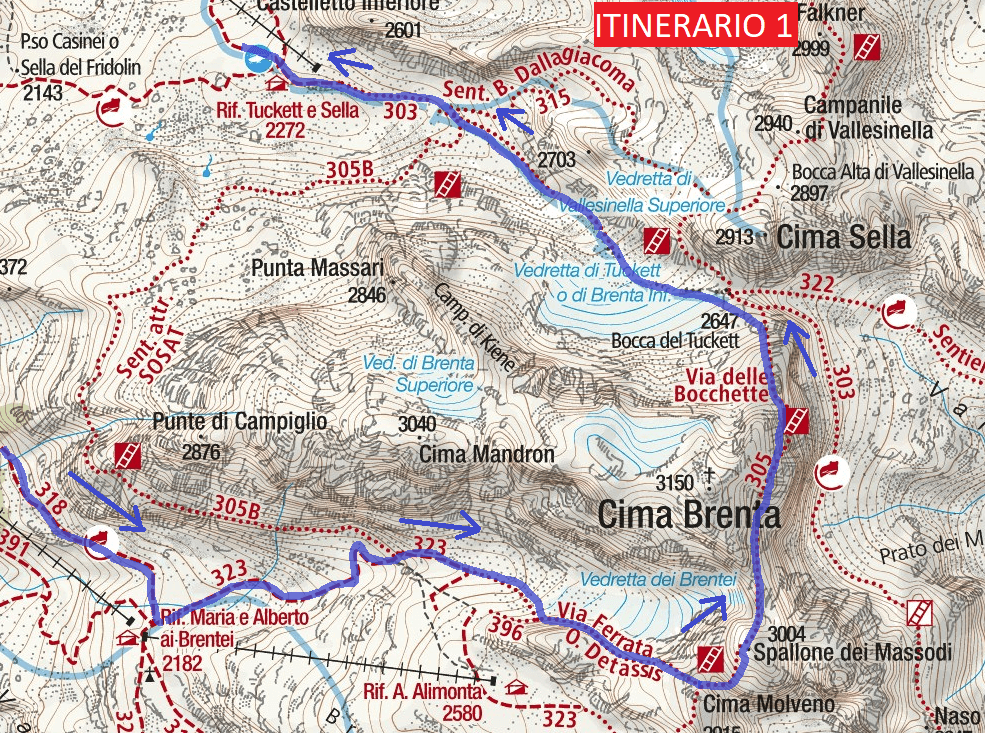 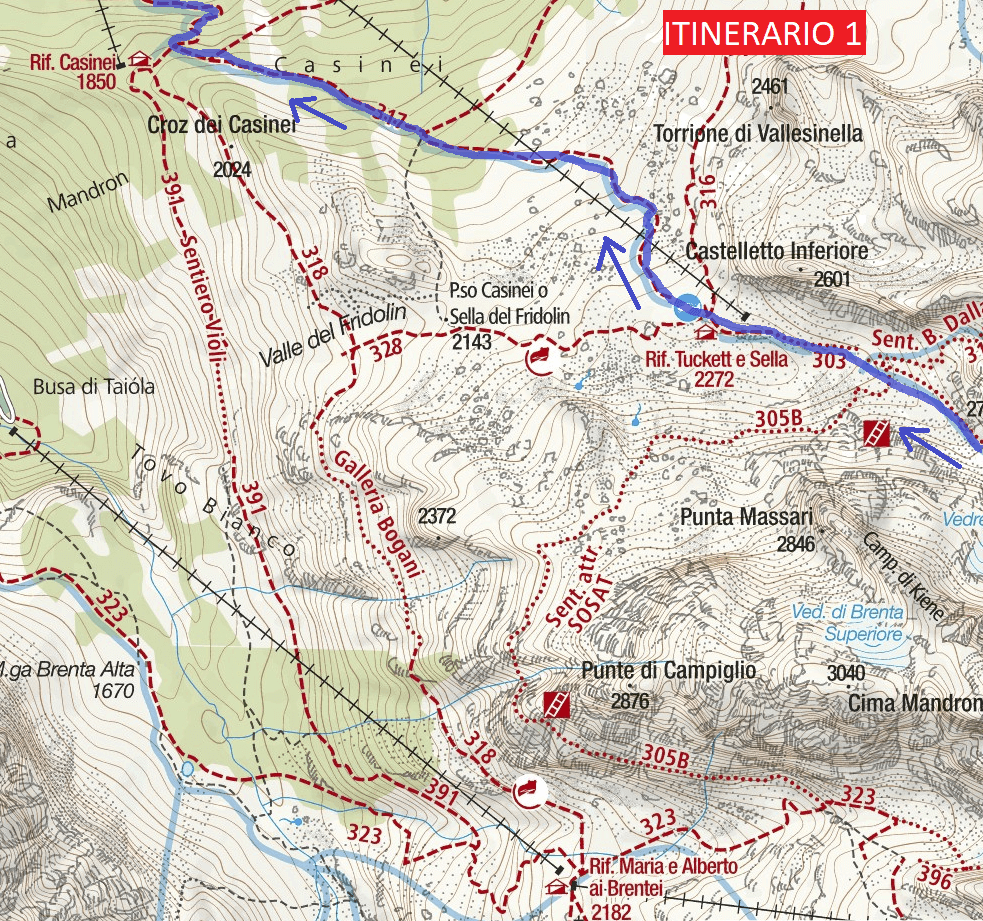 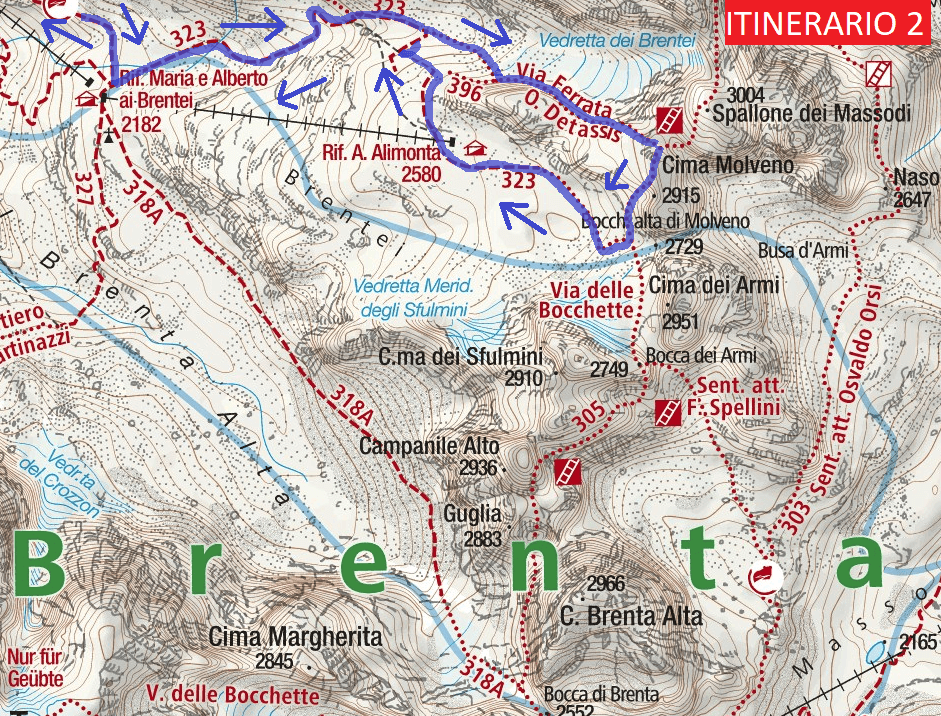 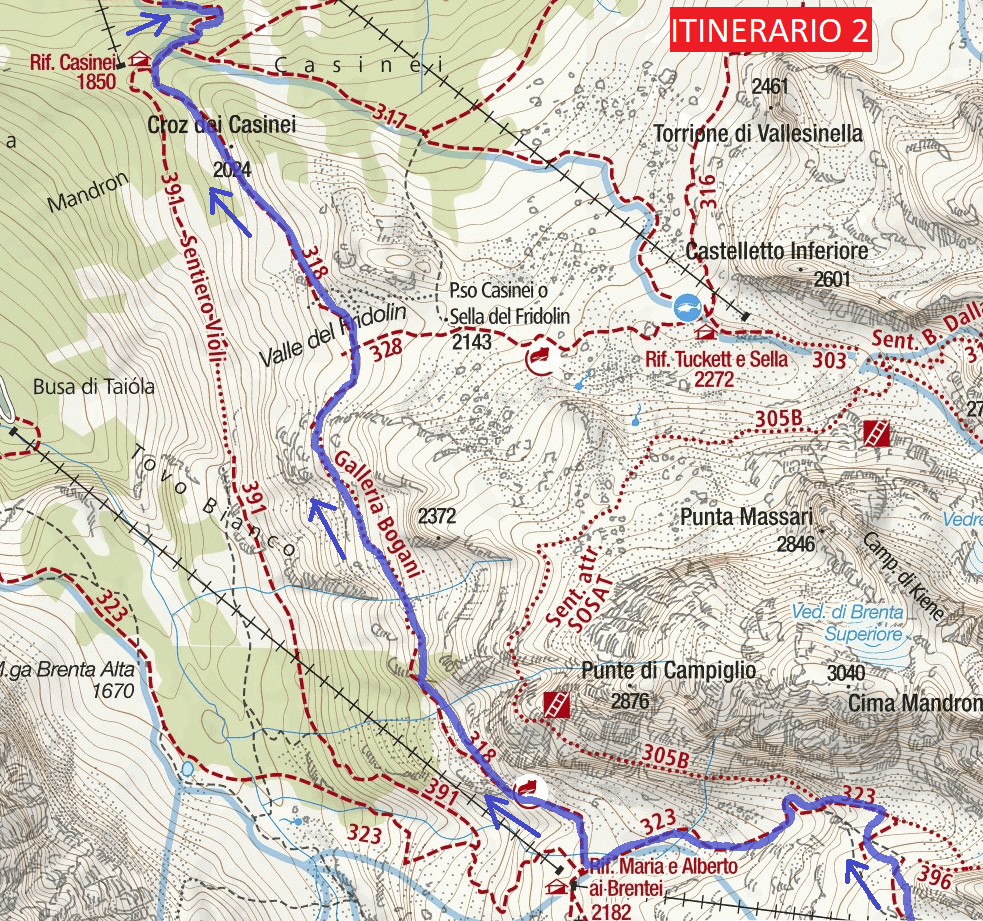 Images Ferrata Oliva Detassis. The images included in the report were sent to us by the users of the site. If you are interested in sending us photos, use the form on the left or send them to our Facebook page. 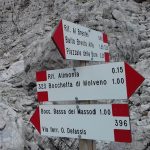 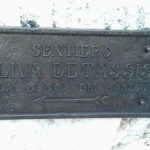 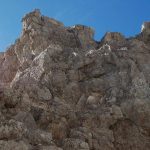 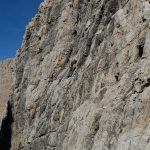 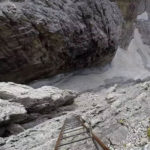 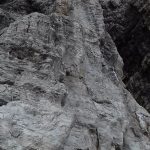